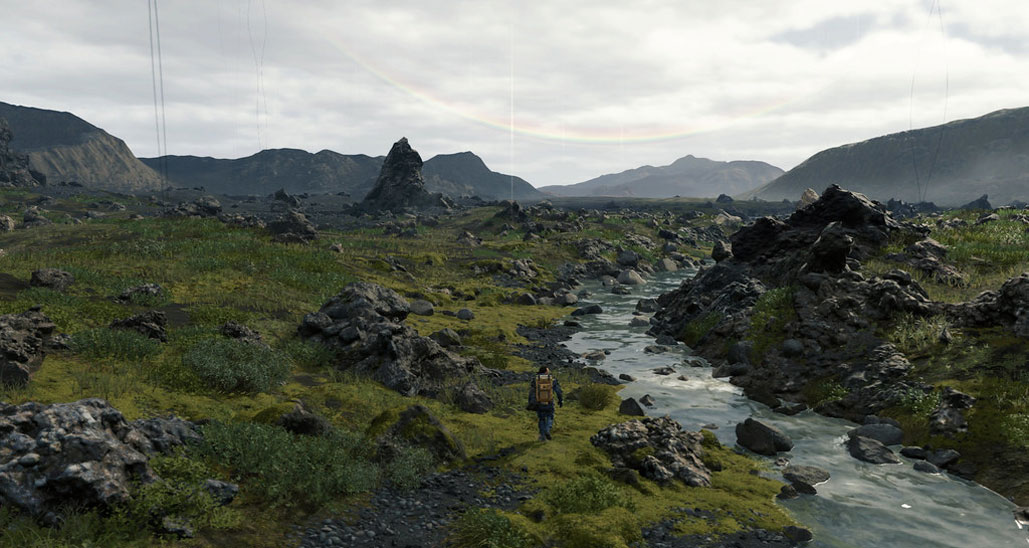 I have always longed to be the particular kind of person who strolls through the woods, notices the trees, and then waxes eloquent about steadiness, faithfulness, or whatever other-nesses one can attach to a living hunk of wood. In reality, I’ve always been the opposite kind of person–you know, the guy sitting criss-cross apple-sauce on his bed six feet away from a TV but determined his fading eye-sight has nothing to do with blue light exposure. My heart has always been of the breed enticed more by gripping stories presented in the pages of books and on-screen than by wonder at the world and its natural laws. Having resigned myself to the role of interior-confined nerd, I never expected to discover my inner-Emerson, if there was one to find.

Then, I heard murmurs that a game I had written off—Death Stranding—was a glorified package-delivery simulator. So I threw $60 at the Playstation Store the way folks in my rural town throw money at the Demolition Derby: excitedly, with anticipation of getting a front row seat to see the fallout when the game crashed and burned. Little did I know at the time that this strange game would become a Tabernacle where the almighty would be revealed.

I was overwhelmed and unable to continue; I placed the controller down and simply beheld what the world could be.

If you clicked on this article, you almost certainly know the divisiveness of Death Stranding as a video game—whether it is fun to play or not, how coherent the story is, etc. Even setting all of these questions aside, the fundamental principle on which the game is built is profound. In video game development, there is a concerning reliance on interpersonal conflict as the basis of all story-telling, but Death Stranding dares to imagine a new conflict against which 21st century Westerners are thoroughly insulated—Man vs. World. In moment-to-moment gameplay, the primary enemies standing in the player’s way are terrain and weather patterns.

Hideo Kojima’s imaginative post-apocalyptic world does not present players with strange, comedic creatures like that of the Fallout series, but instead with a world devolved to its primal state. The challenges Sam Porter Bridges faces are far more like those of ancient Rome than those of modern America or some futuristic society. Without nicely paved roads and well-maintained grass yards to ease traversal, I became painfully aware of every rock, valley, river, and mountain… the number of times I was thwarted by a mountain’s steep ascent, only to tumble to an untimely death (and poor reviews on my package condition) is almost uncountable. I began to have new eyes to see that the world was powerful, and that the game designers had carefully crafted parts of it to remind my avatar just how small he was. 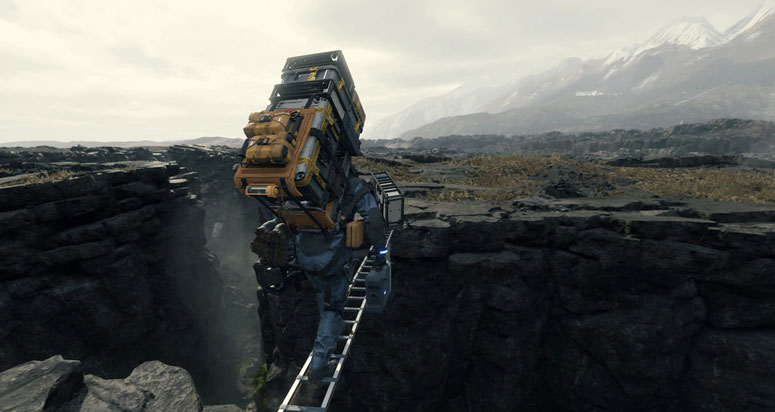 And then, curled in a blanket wrapped around my head in my carefully kept 65℉ suburban home, I had my emersonian moment. A little more than half-way through the game, I found myself closing in on a mountaintop objective, carefully avoiding BTs (ghosts) in the snowfall, when my television speakers began to roar something so fierce my heart climbed into my throat. Almost instantaneously, my visibility dropped to the point I couldn’t see my own footsteps in the snow. A whiteout had come over me, and along with it, a wordless awe set in. This was real power—the world reminding me, under all my layers of insulating, privileged comfort, that my fleece fortress could not protect my tiny, frail, mortal body. I was overwhelmed and unable to continue; I placed the controller down and simply beheld what the world could be.

There’s a passage in the Bible that I never fully understood before, and that I haven’t seen the same since: “The basic reality of God is plain enough. Open your eyes and there it is! By taking a long and thoughtful look at what God has created, people have always been able to see what their eyes as such can’t see: eternal power, for instance, and the mystery of his divine being” (Rom 1:20 MSG). These are the words of an ancient delivery man carrying the greatest gift known to the world across every threatening terrain, and it took the virtual journey of a post-apocalyptic delivery man for me to finally understand. 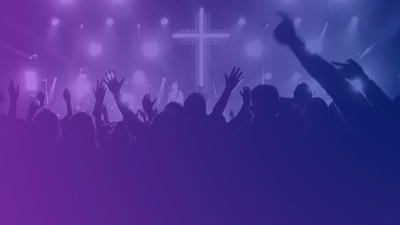 LTN Radio
The Back Row Morning Show
Radio Matt & Mo spend a week on worship. First, they discuss using words like “reckless” and “irresponsible” in regards to God’s love, tackle some discussions around how we worship, and even discuss what qualifies as a worship song in the first place. 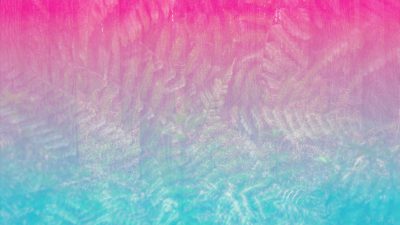 Free Play
Free Play
Bubba, Matt & Kate are scattered to the winds before their 100th episode! That means you get the B-team of Jonathan and Aaron talking about Fortnite! 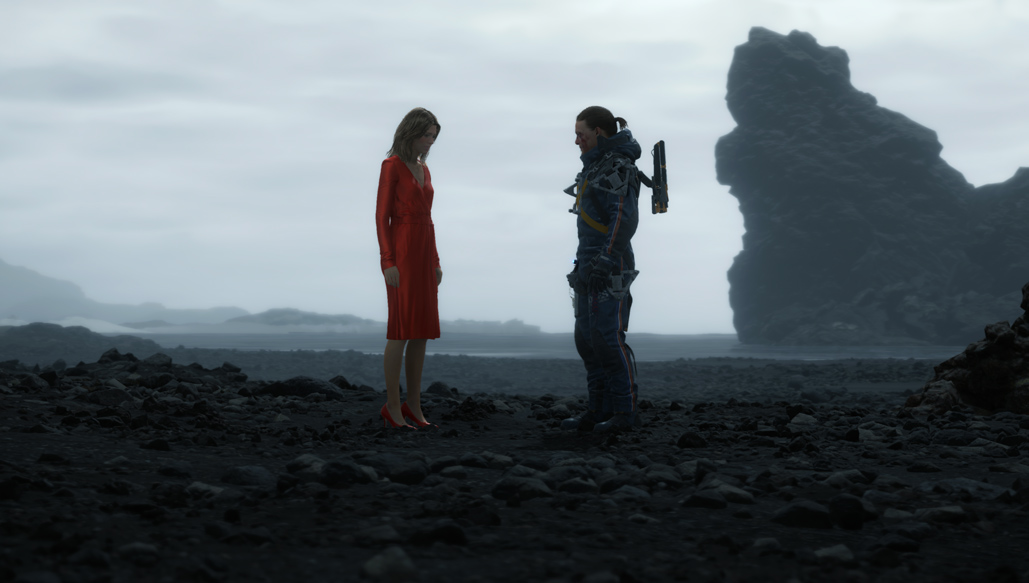 The Divine Ritual of Rest in Death Stranding 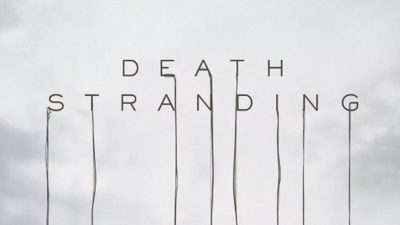 Free Play 72 | What is Death Stranding Even About?

Free Play
Free Play
After what feels like a thousand years of waiting, we finally had a chance to see what Kojima has up his sleeve. But is it any good? 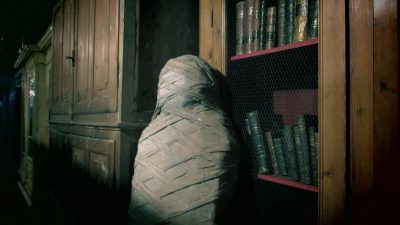 Gillian Fox
Articles
Listening to the new audio drama, McGillicuddy and the Murderer's Pawn Shop challenges us to refuse to accept our brokenness as the status quo.