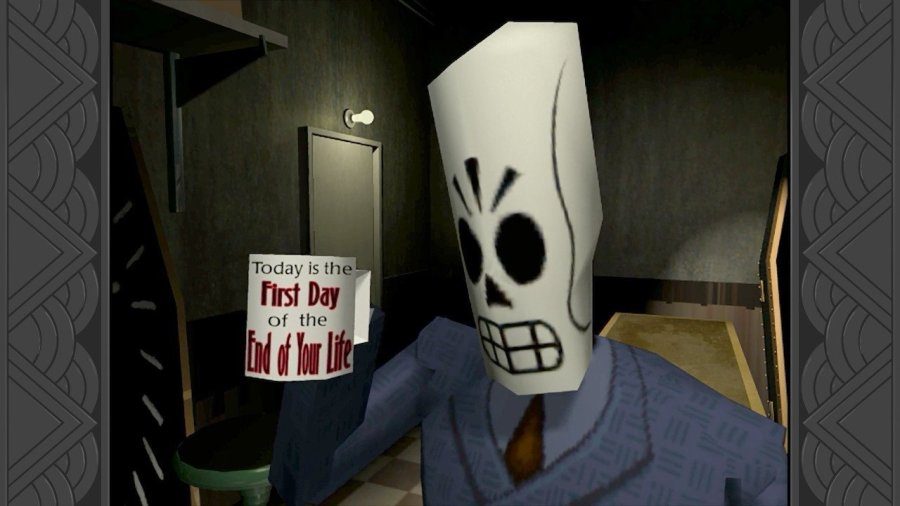 Editor’s Note: This is the first in a series of personal reflections from Love Thy Nerd Writers about the valuable experiences and meaningful moments we’ve discovered in various types of games. At LTN, we believe that games are brimming with potential to bring joy to our lives and to the lives of our neighbors. We hope these articles help you experience that potential more deeply.

One of my earliest and most favorite childhood gaming memories from when I was about 8 to 9 years old is sitting with my father at our old PC computer playing Grim Fandango. I was transfixed by this novel reimagining of Mexican underworld mythology and there were a lot of aspects of the game that lovingly reminded me of parts of my Mexican heritage from my mother’s side of the family. I remember laughing together with my dad at the dialogue tree options and at the main character’s reaction to using an item from our inventory in one of the main wrong ways; to me, it didn’t matter that we weren’t progressing super quickly, but that we were having fun spending time going through this game together.

… I would entertain myself for hours, going through these games, sharpening my critical thinking skills and cementing my love for video games.

Grim Fandango was far from my first experience with point & click adventure games as a child. Growing up in the 90s meant I was part of the generation who learned how to use computers and technology at an early age and a rapid pace, and my parents believed that if I was going to be spending a lot of time on our PC then I might as well be doing something educational. Thus, I went through a steady rotation of children’s computer games, including the educational Jumpstart series, Freddi Fish, Pajama Sam, and Putt Putt, that utilized the point & click adventure format, where you clicked through the environment to collect items for your inventory to use to solve puzzles. My parents could sit me in front of the computer and I would entertain myself for hours, going through these games, sharpening my critical thinking skills and cementing my love for video games. 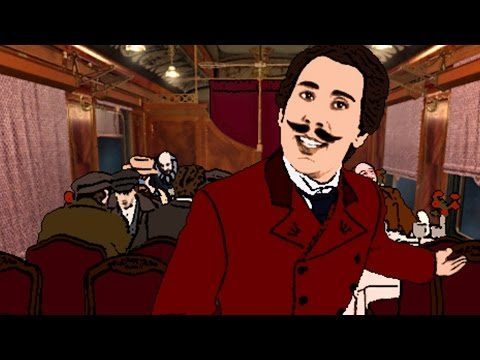 Jordan Mechner’s The Last Express is a point and click Adventure game adaptation of Agatha Christie’s Murder on the Orient Express.

Even as I became a fan of other genres, I always held a soft spot for point & click adventure games, being drawn to them as I got older. As technology advanced, I found to my dismay I was no longer able to play old titles like my beloved Grim Fandango, due to the family computer just not being able to run it anymore. It became a regular occurrence to play the Nancy Drew computer games with my childhood best friend, with us usually making a hangout out of her receiving the latest entry in the series. I sought out other similar mystery games at the local Half Price Books, playing a few Agatha Christie adaptations such as Evil Under the Sun and The Last Express. Then, as an adult, I threw myself into PC gaming via Steam and found titles such as Broken Age, The Whispered World, and The Dark Eye: Chains of Satinav & Memoria, titles that were made available via crowdfunding and official English translations.

Looking back on the genre now as an adult, I really do believe it is one of the most accessible genres out there, whether you are a new gamer, an established one, or not a gamer at all. This genre was definitely one of my jumping points into playing video games, as it was very easy to learn to play as a child. As these games typically have “safety nets” built in, like items being one-use and game overs are not present, I can see them as more attractive to people who want to enjoy a story rather than gameplay. In addition, modern technology has made it so that old point & click games have been preserved and made available for purchase on various internet storefronts (i.e. Steam or Epic Games) or have been remastered for a new generation to enjoy. In a world where planned obsolescence is built into many things, I am glad to see that some developers are taking the effort to preserve many of these old games so that they aren’t lost.

I was able to play Grim Fandango Remastered in 2016, nearly 15 years after I had played the original for the first time. The first time I booted it up, I wondered if perhaps I was remembering it so fondly due to nostalgia and if maybe it was not as good as I was remembering it to be. I didn’t need to worry, as the first half hour of the game had me in stitches, laughing at the same jokes I remembered vividly laughing at with my dad. I’ve also begun a deep dive into older point & click games that I missed while growing up, notably the King’s Quest series. It’s a genre that remains one of my favorites, and one that I will recommend to anyone looking to try new avenues of experiencing stories.