Did you hate the latest Star Wars movie? Well, I don’t want to hear about it. I don’t want to hear your well-reasoned arguments, your points about the mixed messaging, the poor symbolism, the pandering to audiences and focus-grouped plot, the inconsistent world building, and whatever else. See, I saw it, and I kinda liked it. I mean, I’m sure the film has problems, but as long as I don’t overthink it, I’ll still enjoy it….

Ok. I don’t really feel that way. Well, I mean, I kind of do, but I’m mostly trying to illustrate something a lot of us do. I know I do it, anyway: I avoid criticism I don’t like or don’t want to agree with.

… many of us automatically distrust anything coming from a critic of the Wrong Sort. Did you like The Last Jedi? You must be a social justice warrior. Hated it? You must be a bigot.

And I’m pretty sure I’m not alone. Critics and criticism of all sorts have come in for a rough ride of late. To be clear: I’m talking about the people who write about movies, art, books, games, etc. as part of their vocation or calling, people who rely on training and reading to inform their responses to the art they engage. We are not, in other words, just talking about spouting off on Reddit. The line between true criticism and uninformed opinion is increasingly blurry—there’s lots of really intelligent stuff on Reddit mixed in with “this sucks lol!“—but true criticism is clear, well-reasoned analysis informed by knowledge beyond the piece of art being dissected.

And it’s this kind of criticism that has really been pilloried of late. I mean, I don’t think there was some mythical past where the everyday person revered and respected movie reviewers, art critics, and video game scholars. I was well aware several decades ago that a four-star rating of a film wasn’t objective, and I didn’t have to agree with it.

But critics weren’t typically the target of the kind of hostility that only a Twitter mob can bring. They weren’t typically harassed with rape and death threats for expressing an opinion that a fandom took offense at. Many readers here will, for example, be familiar with all the stuff that surrounded Gamergate and that feminist game critic Anita Sarkeesian regularly receives death threats for her videos looking at sexist themes in games. But even mediocre reviews of The Man of Steel can lead to unhinged promises of violence.

The world has changed. Authority figures, institutions, and culture leaders in general are increasingly distrusted. Bitterly partisan cultural politics have become more and more contested, and become a part of all of our discussions of entertainment, meaning that many of us automatically distrust anything coming from a critic of the Wrong Sort. Did you like The Last Jedi? You must be a social justice warrior. Hated it? You must be a bigot. And partisan supporters of TV series and game franchises are highly organized, globally connected, and all wielding broadcast social media megaphones. 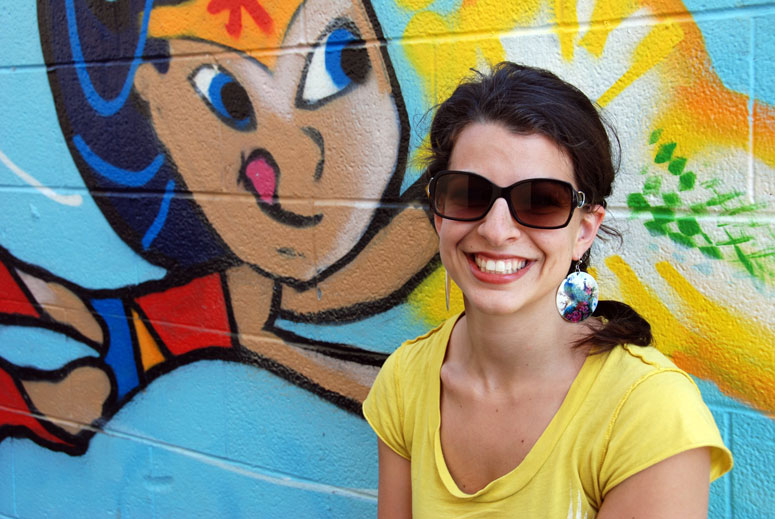 I’m not bringing this all up to paint critics as martyrs, though. I’m using it to highlight the importance of this question: what’s the value of criticism? What does it do for us? Should we just be ignoring it—or even attacking it? Is there an approach to criticism that can deepen our enjoyment and make our lives better?

I have a vested stake in this. As much as I don’t want the critics to ruin my enjoyment of the latest Star Wars flick, I actually kind of do criticism for a living. I’m a cultural scholar. My job is to look at the stories we engage, the images we watch, the games we play, in order to pull them apart and figure out what they tell us about ourselves. It’s a different kind of criticism than that of a movie or game reviewer, who typically is focusing more on what makes something great or awful in an artistic sense (although my colleagues in the Art department would argue with the way I make this distinction). But they’re both forms of criticism. We don’t just watch something or read it or play it. We think about it, pick it apart, find things to praise or worry over, and tell you why it matters.

Reading things we disagree with is not only not bad for us, it’s a positively good thing.

You’re probably pretty familiar with the latter type of criticism—there are many examples. One of my favorite movie reviewers is the brilliant Alissa Wilkinson at Vox. But I also love the criticism of all kinds of pop culture at places like Think Christian, Christ and Pop Culture, and, ahem, Love Thy Nerd (I’m not linking to that on principle). I sometimes write for these sites, but my focus is less on whether a piece of art is great or terrible, and more on what it tells us about our culture. For instance, one of the talks I regularly give at Trinity Western University shows how the movie Tangled reinforces the modern belief that artistic individualistic self-expression is always a positive thing; this isn’t a judgment on the quality of the movie, but it’s an analysis of what it means for us.

So what does that do for us? I mean, if you agree, maybe you find it interesting. If you disagree, you find it infuriating and maybe it even lessens your enjoyment of something you might otherwise like. But either way, we just keep on living, right? What does criticism like this add?

I think one of the best things good criticism does for us is lead to a richer appreciation of art. This is true of many things in life: the more we know and pay attention to, the more flaws we see, but the more we appreciate the good stuff when it’s present. It is true that harsh criticism of The Rise of Skywalker might point out a number of problems I managed to ignore, and I’d be lying if I said that doesn’t kind of sully it for me. But good critics are articulating what well-crafted art and deep stories look like; the next time I run into a film that has it, I’ll appreciate it that much more. And even if people shoot holes in my Star Wars movie, I might be able to better articulate what I do like about it. 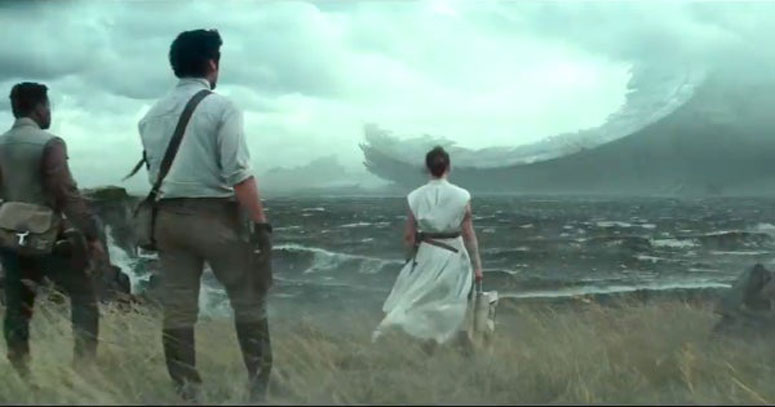 Good criticism also draws our attention to messages, themes, and ideas that we might not otherwise notice. Of course, if I miss the subtext of this or that TV show, does it really matter? Well, it might not. If, for instance, I read The Lord of the Flies and miss all the references to pink rocks that represent human flesh, as my 11th grade lit teacher so fondly pointed out, my life doesn’t move on any differently. But commercials, movies, games and more teach us what’s normal, what to love and hate, and theories about how people work. Think about what rom-coms often communicate about romantic love: love is a matter of chemical attraction (I hope it’s more than just that), there’s the Right Someone waiting out there for you (so don’t bother trying to build a relationship with someone you already know), and the story is over once you’re together (yeah, marriage is a breeze, requiring no real effort, right?). Very rarely do these kinds of movies or shows explicitly tell you what they’re teaching, but do you really believe that a steady diet of this kind of stuff doesn’t shape your dating expectations and ideas of what is normal? At least a little bit? Good criticism points out things to us so that we can start thinking about them.

And this brings me to a big-picture point: criticism is about thoughtfulness, and a thoughtful life is one worth living. I know you expect a university professor to say that, but really, this isn’t limited to people with a BA: one of the most well-read and intellectually curious people I know never took a university course. Thinking more deeply about the world around us gives us a richer experience of life. Good criticism helps us to think more deeply.

Finally, good criticism can move us to action. I mean, a good movie or a good game or a good book might do this too, all by itself, with no criticism involved. Good art does that. But criticism makes it more likely. Art is usually most successful when it doesn’t hit its audience over the head with its agenda. By pointing out what works and what doesn’t, and more importantly, making explicit what is implicit in the art, a good critic helps us to get the point, and can direct us to positive life changes.

… criticism is about thoughtfulness, and a thoughtful life is one worth living.

Of course, it is worth noting that criticism at its best does these things. A lot of criticism is not good. Critics can be dishonest, or lazy, or deliberately over-provocative in order to grab attention, or overworked and thus sloppy. And even when criticism doesn’t suffer from these failings, it’s often practiced from a political or ideological point of view that’s at odds with our own.

But I’d encourage you not to give up on critics. Reading things we disagree with is not only not bad for us, it’s a positively good thing. As a follower of Jesus, I firmly believe in intellectual humility. The apostle Paul reminds us that we have all sinned, and the narrative of the Bible shows us time again that when we think we’ve got the universe all figured out, we’re at our most wrong. None of us have it all figured out. If God could teach lessons to the Israelites through a dangerous Syrian general, or the repentant pagan city of Ninevah, or the humble centurions of the gospels and the Book of Acts, then I had better be ready to be surprised by people I’m not inclined to listen to. We can learn from our opponents. Even total jerks sometimes have something useful to teach us—and most people aren’t total jerks, regardless of what your tribal news media says.

Go in thoughtfully, don’t accept everything you read and hear, but also don’t just automatically dismiss and avoid everything you think you won’t like. Criticism can change you for the better.

So if you’ll excuse me, I should really start reading the reviews on The Rise of Skywalker.