Here at Love Thy Nerd, we keep mentioning this thing called Discord. During Twitch streams, we tell people to visit our Discord to come and hang out with us. On the Facebook community, we reroute spoiler-filled discussions of recent TV shows and movies to hidden channels within the Discord. However, we haven’t actually sat down to explain what Discord is and how it works.

Discord describes itself as “a voice, video and text communication service used by over a hundred million people to hang out and talk with their friends and communities.” Through Discord’s mobile app, web app, and desktop app, people from all over the world connect and interact. Instead of using programs like TeamSpeak and Skype or relying on built-in chat for games, Discord allows anyone with an internet connection to chat or talk with others. 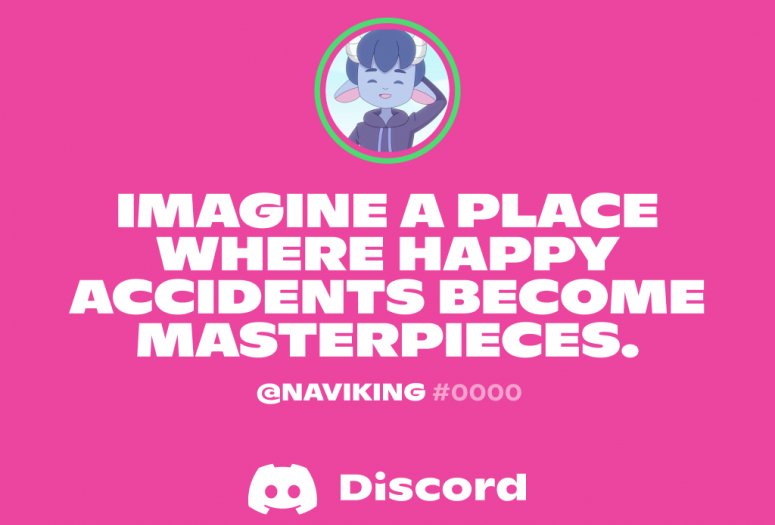 Surprisingly, Discord did not start out as a chat platform. Back in 2012, a gaming company called Hammer & Chisel was founded, according to co-founder Jason Citron, to build “a new kind of gaming company, more around tablets and core multiplayer games.” This company produced the game Fates Forever, an online multiplayer game with built-in voice and text chat. Hammer & Chisel eventually realized that the chat was the best part of their game, and they made the risky decision to pivot from a game company to focusing entirely on the chat. The transition from game company to creating Discord was rough, and it took time for the new chat platform to catch on… but the company’s risk paid off.

Now, there are 150 million monthly active users on Discord, and those users spend 4 billion minutes a day chatting across 19 million servers… but what is a Discord server anyway? 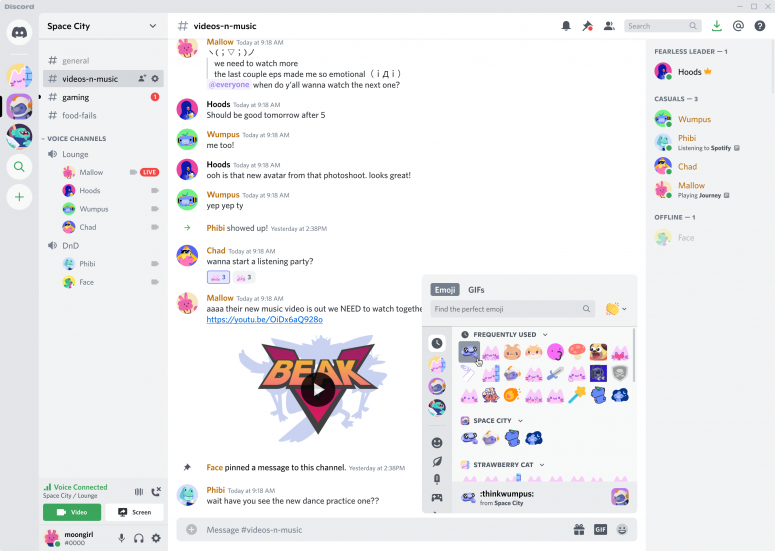 Servers are the Discord equivalent of Facebook groups or group messages. However, unlike a normal group chat, servers are more than just text chat and images. In Discord, you can ping people (like tagging someone in a Facebook post or comment) so that they see your message even if it gets buried in a larger conversation. You can use bold, italics, strikethrough, and more to make your text chat more fun. You can even use voice chat and video chat within servers, talking with friends in multiple ways at the same time.

Conversation can be organized within a server into “channels”, where people can discuss different topics in different areas without talking over each other. Text channels allow for communication via written text, images, emojis, files, and GIFs. Voice channels are for verbal communication, along with video conversations and even live streaming. (Some servers limit which voice channels can be used for video chats and for the Go Live feature, but video and Go Live are enabled by default in many voice channels.) 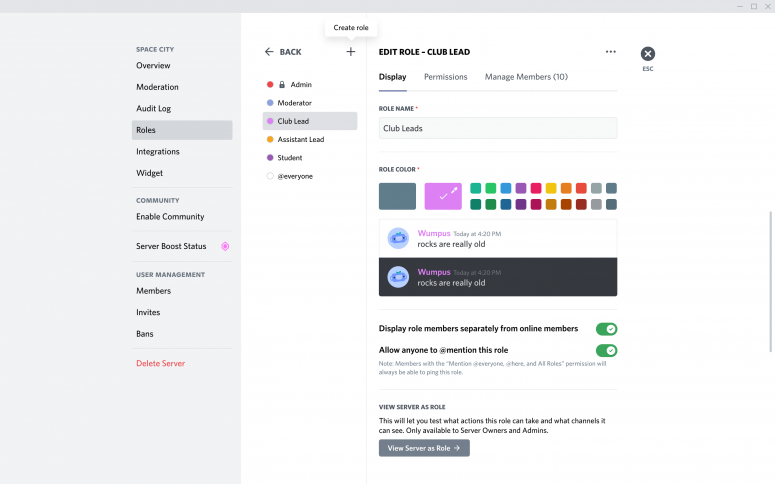 So that people only see the conversations they care about, server moderators can give users “roles”. Roles help control who can read and send messages in what channels. They also change the color of users’ names to make it easy to spot important users such as server staff. Making your own server and only want your close friends to be able to hop into a specific voice channel? Give them all a role that gives them access!

While Discord itself has always been free, it does have a paid subscription that unlocks some extra features called Discord Nitro. With Nitro, users can share animated emojis, upload larger images and files, stream and share HD video, and more! Another Nitro feature (also available for purchase separate from Nitro) is Server Boosts. Server Boosts can be given to your favorite Discord servers, and boosted servers unlock extra features like banner images, more emojis, and higher audio quality for all voice channels in the server. The more boosts a server has, the more features it unlocks. Discord works great without Nitro or any Server Boosts – these paid features just add a little extra flair. 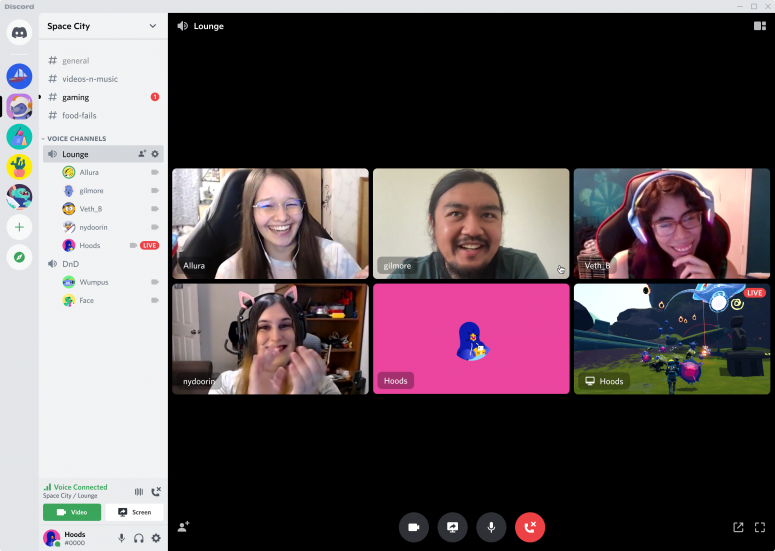 That’s really just the basics. You can find out more by reading this article from Discord. But what’s it like to actually use Discord?

If you’re a new user, your first step is to create an account. Discord has mobile apps for iOS and Android, a desktop app for Windows, Mac, and Linux, and a web client that works from just about any browser. Once you have an account, joining servers is easy – just click on an invite link and you’re good to go! I would personally recommend the LTN Discord as a great place to start.

Still have questions or want to learn more? Check out the official Beginner’s Guide to Discord, or ask away in the LTN Discord server!

Want more instructional articles like this? If you want to read more of my work, I wrote an introduction to Twitch for Love Thy Nerd. Also, there are plenty of other helpful articles written by some amazing authors on this site – look under Resources and Education. 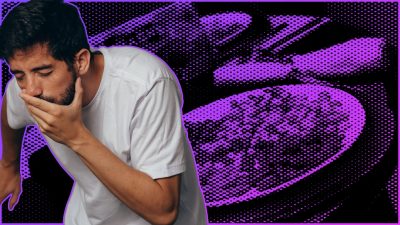 LTN Radio
The Back Row Morning Show
Radio Matt & Mo get together with some of their best friends to play some games, binge-watch some Disney+, and eat Turkey Dinner (which is actually candy corn that is flavored like Turkey Dinner). Come join the family – especially if you need a break from your real family for a couple hours. 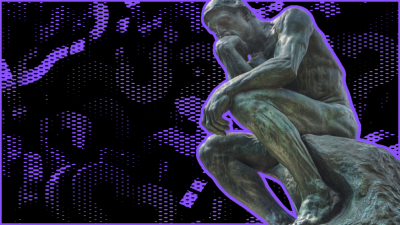 LTN Radio
The Back Row Morning Show
In the last few years, it feels that it is more and more difficult, unacceptable, or even shameful to simply ask questions, compare sources, or seek a clearer picture on something that others call “settled.” In our fear of misinformation, we are often force-fed information with little encouragement to do our own research. Whether this […] 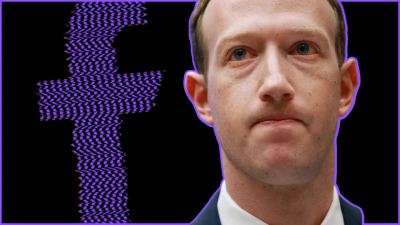 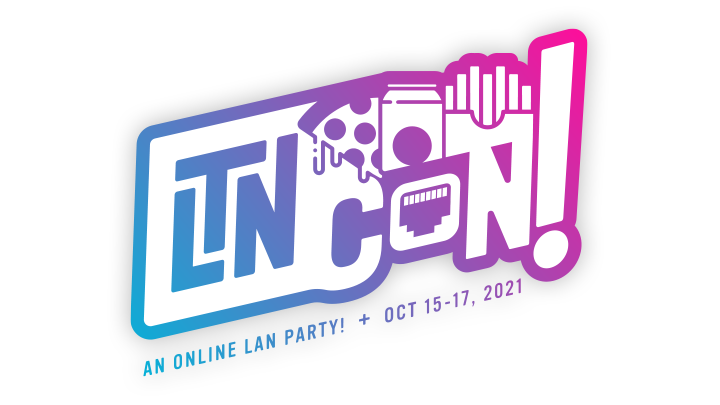 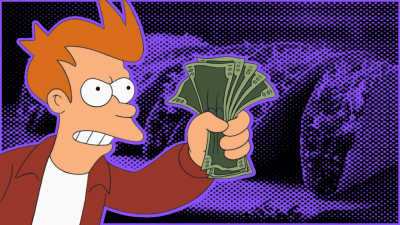 LTN Radio
The Back Row Morning Show
Radio Matt & Mo examine how our society became so “subscription-dependent”, examining the best, the worst, and the weirdest subscriptions services, and sharing what subscriptions this world still needs. 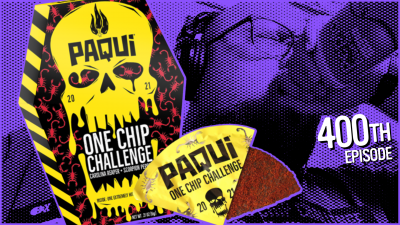 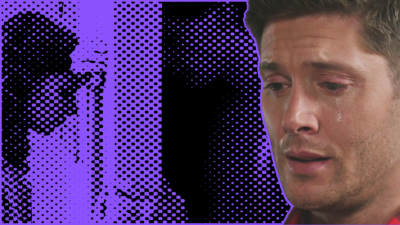 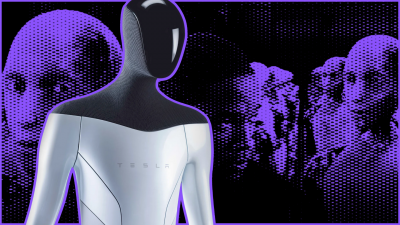 LTN Radio
The Back Row Morning Show
This week, Radio Matt & Mo discuss our increasingly robotic world – from Roombas to Elon Musk’s Tesla bots – and how Christians should respond.