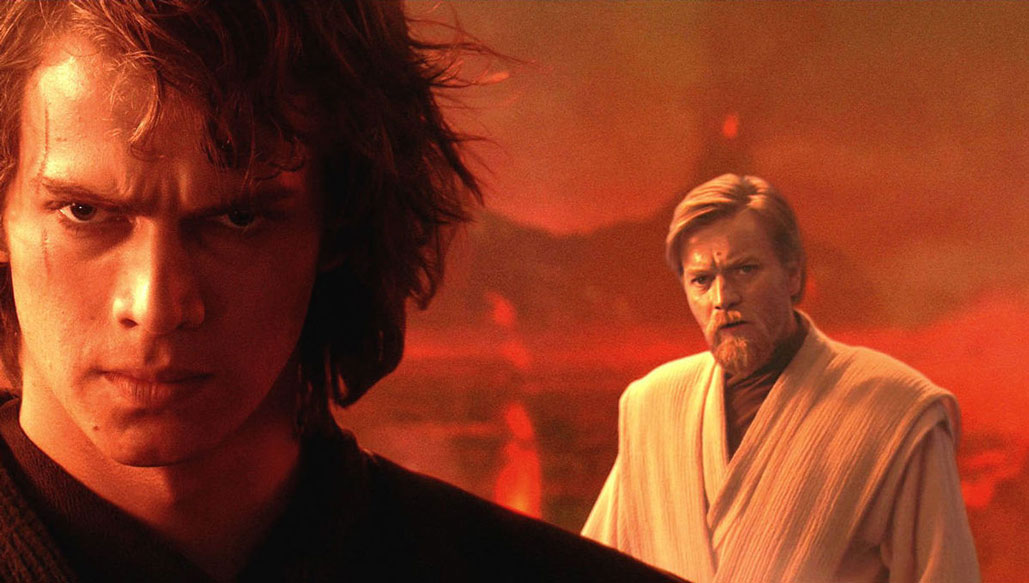 When People Can’t Be Vulnerable: A Reflection on Revenge of the Sith

It can’t be denied that we, as human beings, are complex. We struggle with making daily choices that affect our inner circles—our family, friends, colleagues, and sometimes even beyond those. These people often promisethat they will be there for us whenever we make poor choices that could have harsh consequences. They promisethat they’ll listen to our struggles and troubled thoughts.

What happens, though, when we do struggle . . . and there’s no one there for us? That is the dilemma in which Anakin Skywalker finds himself in Star Wars Episode III: Revenge of the Sith.

I wonder how different Anakin’s story could have been if those who were closest to him gave him permission to be open and vulnerable.

Anakin is a renowned and popular war hero, and in the waning days of the Clone Wars, his popularity with his troops is at an all-time high. His rapport with the Supreme Chancellor is strong, and he’s on track to soon becoming a Jedi Master—possibly even gaining a seat on the Jedi Council. This is soon compounded by the fact that his secret wife Padmé is pregnant with their child. While both are terrified by the news, they are ecstatic at the idea of becoming parents. 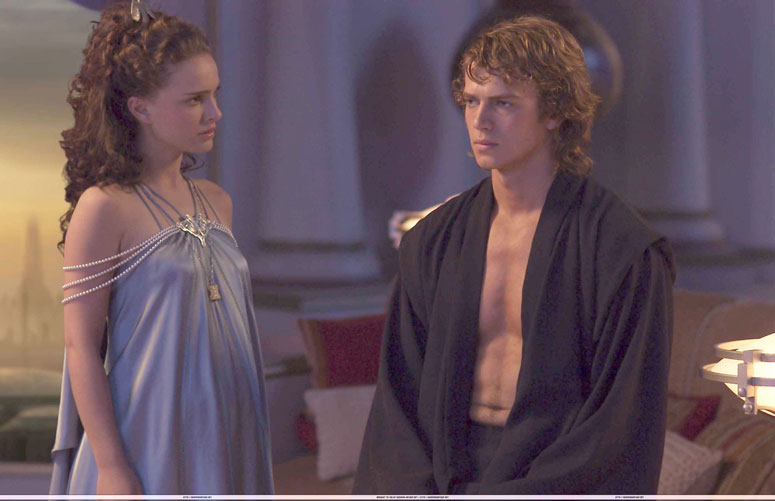 When Anakin begins dreaming of Padmé dying in childbirth, however, the joys of these achievements soon begin to dwindle, and fear begins to cloud his thoughts. This is soon worsened by the fact that he is not granted the title of Jedi Master. Although he is appointed a seat on the Jedi Council, it is explained that it was as a personal request from the Supreme Chancellor, and not the will of the Council.

It becomes apparent to Anakin then that the Jedi Council does not trust him, or even really support his personal growth and journey, even if they do acknowledge him as the Chosen One promised from the Jedi legends. This lack of grace and understanding only pushes Anakin further away from the Jedi Order that brought him up. The only exceptions to this are his master and mentor Obi-Wan Kenobi, and Yoda, the Grand Master of the Jedi Council, who personally counseled Anakin from time to time.

What happens, though, when we do struggle . . . and there’s no one there for us?

Even Obi-Wan and Yoda were blind to the struggles Anakin was undergoing on a personal level. Their advocacy for the tenets of the Jedi Order and its principles meant that even their focus ignored the deeper needs and struggles that most people struggle with—including Anakin.

Anakin soon finds himself growing closer to Supreme Chancellor Palpatine, who hints at other alternatives to save his beloved wife—ways that the Jedi Order abhor and see as ‘unnatural.’ When he feels that all his options are finally exhausted, he very reluctantly agrees to support Palpatine, if only to help him find a way to save Padmé from death.

On the surface it appears that Anakin has finally submitted to his inner demons; however, there is a lot more at play here and much we can learn from Anakin’s story.

I wonder how different Anakin’s story could have been if those who were closest to him gave him permission to be open and vulnerable. How we interact with those struggling can often make a big impact—more than we realize. Instead of being quick to judge them when we feel they make the wrong choice, we should learn to listen and learn the complexity of their individual situation, and the different factors that led to them making that decision. 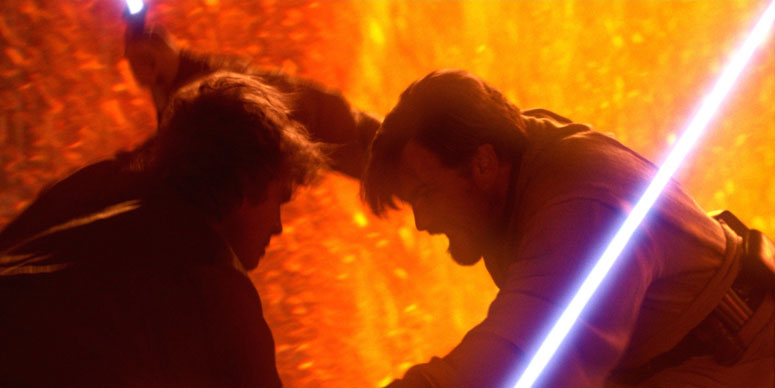 In these last couple of years, my church has begun what we call a ‘Care Day.’ It’s a day where we focus on those who the church has often times struggled to help in the past—such as those who struggle with anxiety, depression, various mental illnesses—and on providing resources to help them and their loved ones. This day is to help educate ourselves on ways we can better understand and help members who struggle with these obstacles, but it also helps show them that we are there for them. That no matter how difficult it can be for them some days, they have a family that loves them and wants to look after them, and that they’re not alone.

Of course I realize that Anakin’s fall was inevitable, but I think it is important to unpack the nuanced elements that contributed to it. There is a lot more going on in Episode III than a young man simply giving into temptation. Now that I am a bit older, I can’t help but wonder: if Anakin had that support, and was willing to open up to them, would his story have ended differently?

Let’s not make those same mistakes. Let’s show others that we’re there to support them and to love them, no matter how dark their personal demons are. When we show grace and love to others, evil doesn’t have a chance to attach itself to them and thrive. They are able to see Christ’s grace through us, and are able to find the support and strength they never knew they had, and are able to prevail.

Free Play
Free Play
The self-isolation descent into insanity continues as Bubba, Matt, and Kate continue to document their activities (or lack thereof). 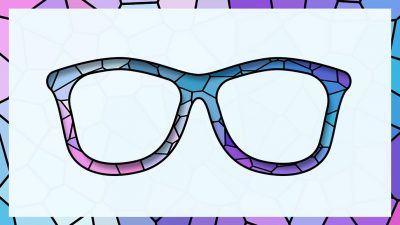 LTN Radio
Church Nerds
Bubba & Anna share with you several ways you can spend your time in Virus isolation to keep you both entertained and productive! 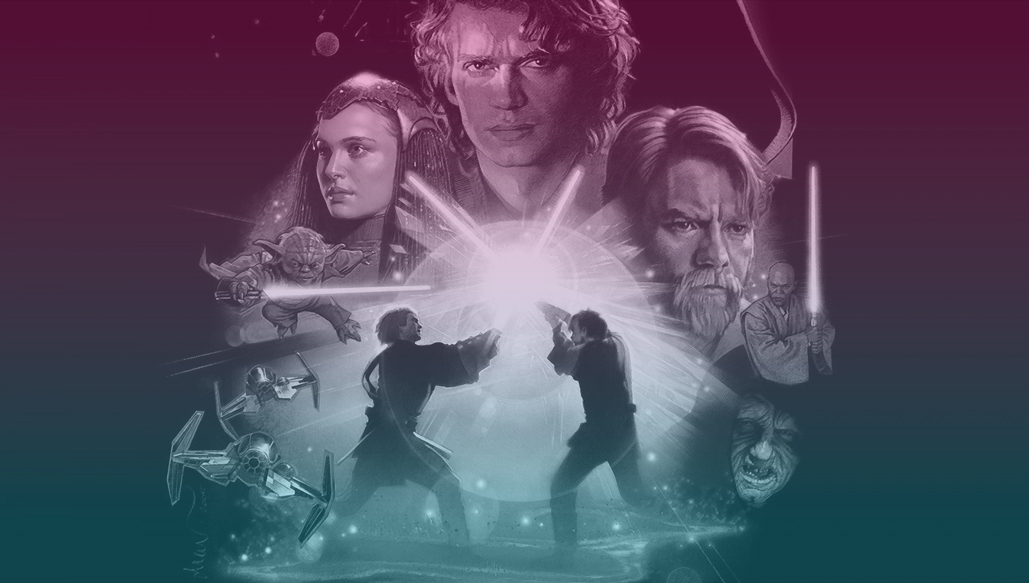