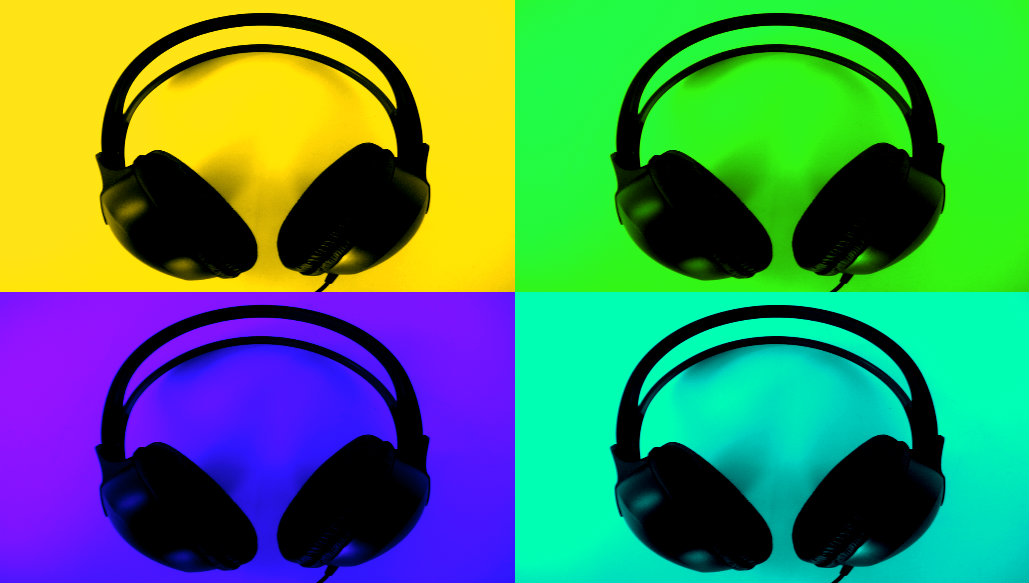 Gaming music spills over into our lives—the soundtracks and songs that we carry with us wherever we go and define significant moments for us. This is the music we write to, study with, grieve to, and share with family. It has meshed with the fabric of our minds. Welcome to the celebration of the music we brought beyond the fictional gaming universes to make an impact on our reality.

Last summer I got the news that my sister was in the hospital. She was having seizures and no one could point to why. She was a 23-year-old working for NCIS, a Naval Academy grad, two months out from her wedding, and on the other side of the nation from me. I got up the next day to clean my house and turned on the soundtrack to Everybody’s Gone to the Rapture by Jessica Curry. The meditative repetition of cleaning combined with the mournful harmonies of the songs, many of whose lyrics are from Psalm 13, let my brain stop panicking and let me start feeling.

Curry, “an atheist who absolutely loves church music,” perfectly communicates the emotions of wrestling with mortality. The desperation and pain that wrings out of us when we’re in the throes of a situation we can’t control. With this music, I was able to process to the point where, like David, I could cry out to God and surrender to his will. Two months later, I bawled again, but this time in absolute joy as I watched my sister walk down the aisle and I thought of all that God had brought her through.

“You’ll get it, just keep at it and don’t give up,’ my friends kept telling me, but each time I heard the strings build faster and faster until the low brass blared violently over them, I knew what was going to happen: I was going to die.

I suppose I am drawn to oppressive game experiences like Bloodborne. Prior to Bloodborne, my oppressive game of choice was Far Cry 2, known for its ever-respawning enemy checkpoints, gun jams, grass fires, and malaria attacks. Bloodborne, however, is a new flavor of oppression—its gothic horror combined with frantic enemies and fast-paced mechanics requires the utmost attention to detail and unwavering focus. Several friends warned me of Bloodborne’s difficulty, but I had been doing pretty well, I had even slaughtered the first boss I encountered on my second try. But Father Gascoigne changed things.

I began to loathe those strings that seemed to build faster and faster in unison with Gascoigne’s movements. And when the horns sounded, I found myself staring at a loading screen, mentally prepping to try again. I lost count of how many times this happened. I’ve never wanted to put an end to a piece of music more desperately. Ironically, one way to get an edge over Gascoigne is to play the soft, delicate tune of the music box his daughter gives you prior to the fight.

One of the greatest aspects of video games is their ability to instill us with a sense of accomplishment. Too often, however, they flood us with rewards without giving us the necessary challenge to make those rewards feel earned. Not so with Gascoigne. I put an end to him and his music and I am glad.

I am an unabashed fan of the mashup that is the Kingdom Hearts series. While there is a ton of amazing music by Yoko Shimomura in the series, one of my favorite songs recently made an appearance at my wedding, along with keyblade socks and Kingdom Hearts themed gifts for my groomsmen. “Dearly Beloved” is a staple of the series, appearing as the opening theme for games and has variations from game to game. I have sat on the Kingdom Hearts 2 title screen listening to the song on repeat and spent hours listening to the remixes on Spotify and YouTube.

I wanted to share “Dearly Beloved” with those at my wedding, specifically my wife, because of how much the series means to me. “Dearly Beloved” sums up my love of the characters and the saga of the story, a story that centers on the battle of Light and Darkness. Instead of those being absolutes, the story is told through characters that are all shades on the spectrum.

Each remix of “Dearly Beloved” has hit me as I have been at a different place in my life, from a pre-teen during Kingdom Hearts 1 to a college junior during Dream Drop Distance. When Kingdom Hearts 3’s remix of “Dearly Beloved” is finally playing on my home stereo, I will again be in a new place as this game releases. I have put hundreds of hours into the series and can’t wait for the conclusion of the story, for what the story will tell of the characters I love but also for what it will tell of me.

Ori and the Blind Forest has an incredible soundtrack. Everything about it, from Aeralie Brighton’s haunting vocals to Rachel Mellis’s airy flute stylings, is beautifully arranged and composed by Gareth Coker, creating a musical journey that is layered, emotional, and remarkably unique.

Ironically, I discovered Ori’s music without ever playing the game (no Xbox One). But that didn’t stop the music from bleeding over into my life.

After I stumbled across Ori’s soundtrack on Spotify, I started playing it on repeat while I worked. Then, I played it around the house. It didn’t take long before my wife started requesting it. And then my kids started asking who Ori was and what was going on in his story, based simply on which musical track was being played at the time. Eventually, my daughter and I sat down to watch a Let’s Play so we could find out for ourselves.

It’s now a permanent fixture in our family’s life: we play it during car trips, while we’re cleaning the house, or when we’re just relaxing. I can’t wait for Ori and the Will of the Wisps to release. Not so I can play the game, but so I can get fully immersed in the soundtrack.

It’s been six years, nine months since The Elder Scrolls V: Skyrim was released, and it’s still one of my most beloved games. While the graphics and gameplay have more or less aged over time, the soundtrack by Jeremy Soule remains a timeless masterpiece, and an anchor in my soul during hard times. Each note of every song is so lovingly crafted and masterfully designed to transport you to its ancient world of magic and dragons.

Around the time of its release, I was going through a divorce. Skyrim easily transported me out of my world to its own. It was a place I could go to turn my brain off and just not think, and for the first time in a while, I was happy and content. The game’s soundtrack has stuck with me over the years in ways that other soundtracks have not. Hearing it now still brings back warm fuzzy feelings, and I instantly feel at peace.

The entire soundtrack has more than three and a half hours of music. It encompasses themes of hope, despair, wonder, adventure, peace, conflict, and the beauty of nature—all of the emotions I was feeling at the end of 2011. “Far Horizons” is a stand-out, easy choice for me since it always brings feelings of hope as I look to the future.

The practice of playing Sid Meier’s Civilization is one of a detail-oriented grind—one that I love, but a grind, nonetheless. Build the units, manage the trade, direct the research. But the overarching narrative of the game is one of big picture ambition and the promise of many of the great things that people can do.

That’s what Civ4’s theme song “Baba Yetu” by Christopher Tin is all about. It is, in my opinion, one of the most beautiful songs ever recorded. With music that draws purposely on many cultural traditions from around the world (bongos, orchestral brass, and violins, the Lord’s Prayer in Swahili, etc.), it swells to a crescendo that offers a glimpse of what our heavenly choirs will sound like. It’s a sublime high concept piece attached to a game focused on nitty-gritty details.

And that’s probably why I love this song (and this game) so much. That’s my life. I love my family and I love my job, but the day-to-day often feels so mundane and directionless. It’s hard to see where it fits in the big picture. Every now and then, however, there are moments where the pure beauty that God has placed in us and in our world just burst forth and overwhelm me. Every time I hear this song—and I’ve heard it performed twice live, once by my daughters’ choir—it’s a reminder that there is meaning and purpose to this life, and it never fails to bring tears to my eyes.

Tyler Cameron
Tyler is a non-professional, self taught artist who loves video games, video game music and sci-fi stuff. Fluffy animals are the quickest way to his heart, though. Follow him on Twitter: @Tylertr0n.

Lasse Lund
A gamer since he was 4, Lasse now enjoys sharing his hobby with his kids, playing coop with newfound friends in Denmark, and diving into a good narrative-driven game — and then writing about his experiences. 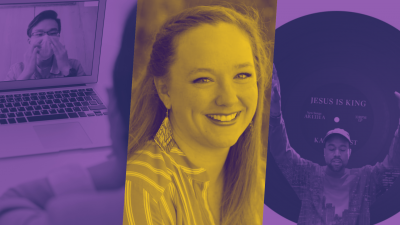 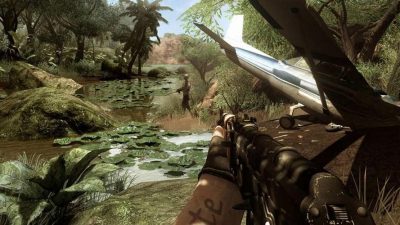 Drew Dixon
Articles
Can playing video games as a pacifist character deepen our experience of those games? Our Chief Content Nerd Drew Dixon takes a look at two gamers' experiences.