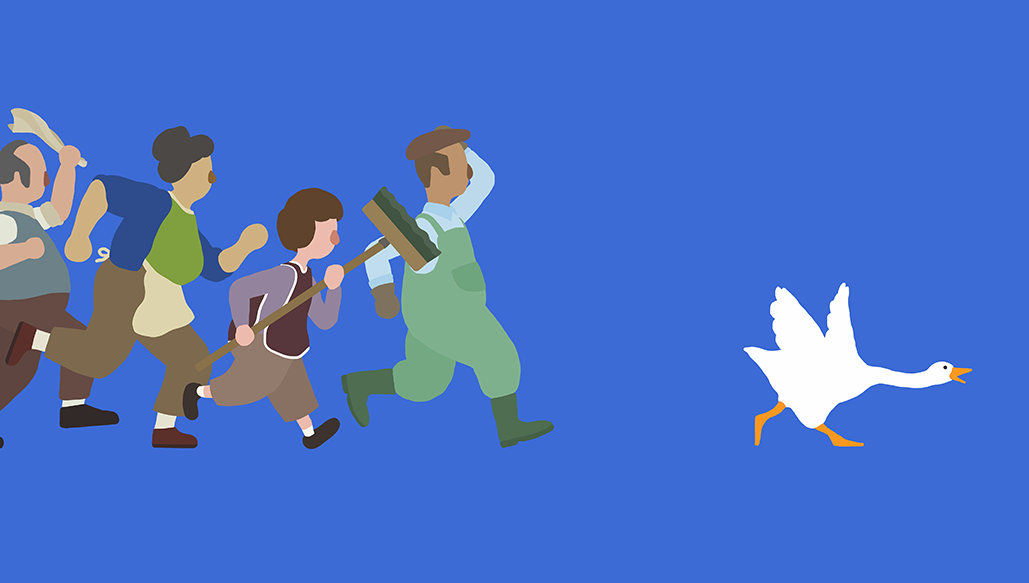 I used to live and breathe NASCAR in my early teens. I loved the endurance required of drivers to slowly fight their way to first place. And when other drivers’ mistakes and wrecks benefited Jeff Gordon, the races were all the sweeter. But they turned sour when his rival Tony Stewart caused trouble. I rejoiced anytime his aggression came back to bite him. One night in particular, I grinned when I heard someone involved with his team had died in a plane crash.

We prank and tease our friends along with our nemeses, never quite knowing when too much is too much.

I’ll never forget my parents’ horrified faces. My spirit plummeted in shame—who was I just then? How could I find pleasure in someone’s passing? Maybe it was because death felt distant and impersonal. Perhaps it was a sobering example of tribalism’s dehumanizing effects. I would add “schadenfreude” to the pile as well. It’s an uncomfortable, complicated concept that’s all the rage now with the release of Untitled Goose Game.

Schadenfreude combines the German words “schaden” (misfortune/damage) and “freude” (pleasure/joy). In her book on the psychology and philosophy surrounding the term, Tiffany Watt Smith writes how it “is usually thought an opportunistic pleasure, a spectator sport, felt when we stumble across another’s misfortune which we have not caused ourselves.” We feel it most when the corrupt or our rivals experience setbacks or embarrassment because it reminds us that they’re fallible just like us, “testif[ying] to our need to not feel alone in our disappointments, but to seek the consolations of being part of a community of the failed.” 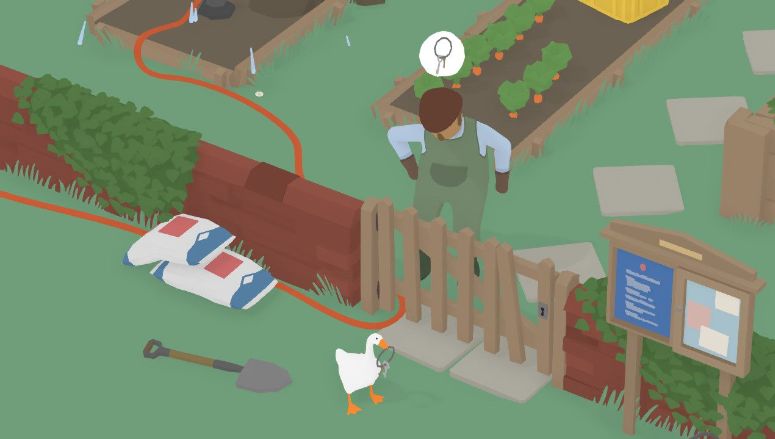 But this community to which we all belong isn’t sure where to set boundaries. We prank and tease our friends along with our nemeses, never quite knowing when too much is too much. But there are countless motives for and degrees of schadenfreude. Smith doesn’t draw a line. Neither would I. What about Untitled Goose Game?

The title takes place in a small town where people mind their own business. You watch them go about their ritualistic jobs and hobbies at a relaxed pace; they’re free of worries in their perfect environments. You’re tasked to disrupt that illusion as a goose by stealing items and making messes, but why would players love embodying a universally scorned animal of chaotic evil? Why did I giggle when I caused a gardener to hit his finger with a hammer, who tries to put up a “No Goose Allowed” sign after I ruined his garden? In this game, you create trouble and cause problems. Just because.

Untitled Goose Game enables largely innocuous mischief, but if you ever find yourself on the end of fate’s ire, don’t take out your anger or embarrassment on others.

Schadenfreude usually involves poetic justice and no direct involvement in one’s misfortune, but Untitled Goose Game ignores such qualifications, and its players do the same in their targeted schadenfreude toward innocents. However, this is mischief for the sake of mischief where motive doesn’t matter because, well, you’re a goose. Smith writes, “Minor accidents can be liberating and leveling. They remind us of the absurdity of living in a world which continually thwarts us.” Players can sit back and cathartically subject faceless victims to the same unpredictable inconveniences of our own lives, knowing how little control we have over our problems, too.

You can laugh in understanding with a game that embodies schadenfreude by  not only exposing how trivial much of our misfortune can be, but also how we should laugh at ourselves along with others, immediately picking ourselves back up like the villagers when misfortune befalls them. 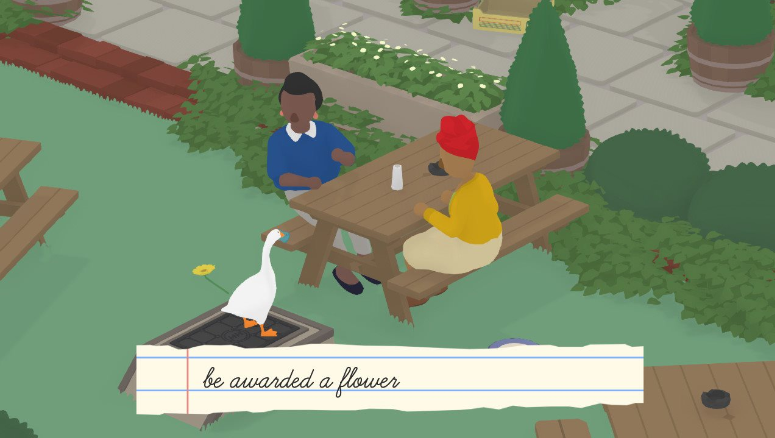 But the game prompts a serious question: Can schadenfreude be more than innocently silly? From a biblical perspective, God can intend evil for good (Gen. 50:20), finding joy not with our suffering in itself but what it leads to (Exodus 33:11; Rom. 5:3-5). The same can be said for fellow believers and enemies—Christians shouldn’t rejoice in anyone’s suffering (Prov. 24:17-18), but pray for its power to bring about positive change. The suffering of the wicked can also be emblematic of God enacting justice, which is celebrated in the Old Testament from the Song of Moses (celebrating the drowning of Pharaoh’s armies) to the prophetic books (praising God for his judgment).

Schadenfreude often reveals a selfish joy smothering a lack of gratitude, compassion, and humility. Untitled Goose Game enables largely innocuous mischief, but if you ever find yourself on the end of fate’s ire, don’t take out your anger or embarrassment on others. Learn and grow from the experience. And if you’re the one watching, it’s okay to laugh in good spirit, but go help and comfort as well. If so, we can embrace schadenfreude because our awareness of it can increase our capacity to love and console others when they may need it most.