The Dragon Prince season three delivers on its promise for an epic fantasy story arc by relying on the time-honored fantasy story-telling tradition of a climactic final battle. This third season fulfills the expectations it had built for itself while staying true to its origins as spiritual successor to Avatar: The Last Airbender. In what feels like the conclusion to one complete season (each of the seasons only have nine episodes each), The Dragon Prince completes this current arc while paving the way for future content. Minor spoilers lie ahead, but nothing that will make watching the season less enjoyable. For this article, I wanted to illustrate how The Dragon Prince successfully weaves in tropes to establish its own identity, either by providing them as expected, subverting them, or helping to establish the next generation of story-telling trope.

Writing fantasy in this era of content has got to be terribly difficult. It isn’t like the days of yore when J.R.R. Tolkien had to work off Beowulf and The Iliad. Today we have a glut of fantasy content that is more mainstream than ever. We have a proliferation of comic book and Star Wars movies due to Disney, Dungeons & Dragons as a top-seller on Amazon, and shows dominating television like Game of Thrones and The Walking Dead. This is a blessing for the consumer, but I have to think it makes the job of the creator so much more difficult. In the golden days, the world an author created stood apart and could be expressed in relative freedom. From the aforementioned Lord of the Rings which established fantasy norms for us to the bizarre space dragons of Dragon Riders of Pern, fantasy was able to stand on its own and speak its own language. Now, there is such a short response time between creation, review, response, and recreation of media that nothing is free from comparison.

If the author doesn’t innovate at all, they are accused of rehashing tired old conventions, but if they innovate too much, the world may lose nominal consumers and not ever take hold in the market. It is a delicate balance.

Authors know to give us the comfort food of fantasy tropes to cut down the barrier to entry into a fantasy story. If you create a fantasy world where dwarves have Scottish accents and are into geology, elves have British accents and are vegan, and humans are bold Americans with plucky attitudes, the reader can settle into your world quickly to enjoy the story. If you create a fantasy world where Orcs come from another planet and turn green because they drank demon blood and thus are locked in an eternal battle with space goats, you are going to need to take more time to explain your world, convince me that it works, and then we can get to the story you want to tell. Tropes are not always bad: they bring us a sense of familiarity which can be difficult to do in a fantasy setting. But the artist is ever the innovator, and fantasy authors are no different. If the author doesn’t innovate at all, they are accused of rehashing tired old conventions, but if they innovate too much, the world may lose nominal consumers and not ever take hold in the market. It is a delicate balance.

The Dragon Prince uses tropes effortlessly to tell its story. It has to. After all, this is the third season of this show and I am still having to compare it to Avatar: The Last Airbender. With parentage of that much esteem in the community, it is a monumental task to break away with your own identity, but I think Dragon Prince has achieved that. 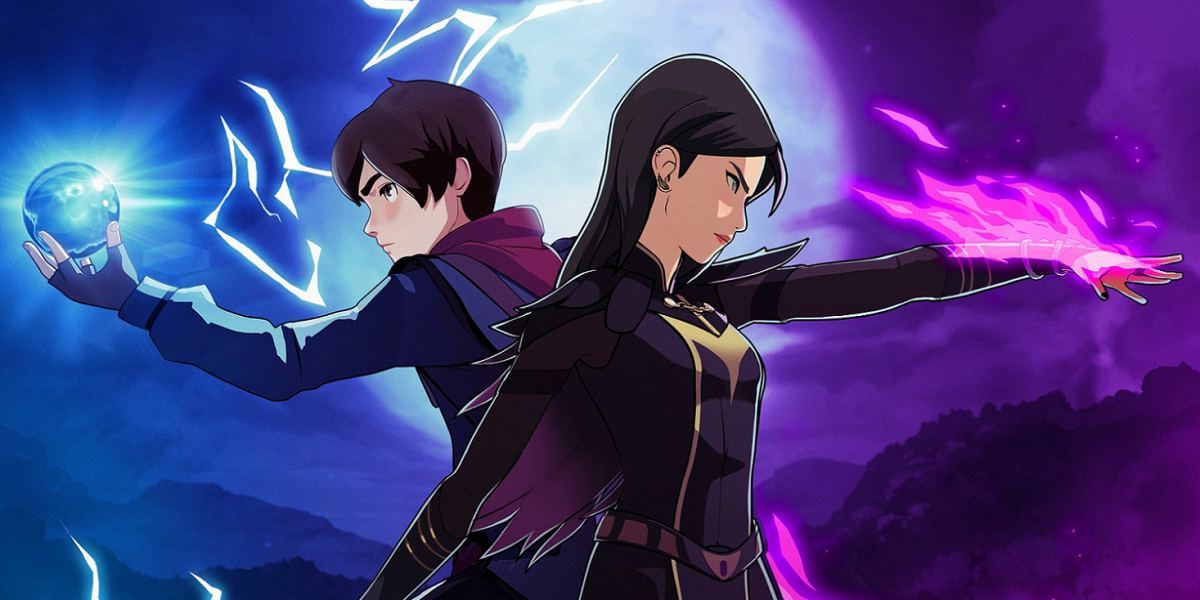 With its roots all the way back to the Saruman story arc of The Lord of the Rings, this trope has dominated fantasy for decades. The idea is that the ancient ways, usually the ways of elves and druids, of communing with nature are pure and beautiful and good. While these ways may take longer, these ways represent health and beauty and serenity. This is juxtaposed with the intervention of hard-scrabble humans who use their technology, innovation, and impatience to achieve power even if it means sacrificing nature and beauty. This trope is everywhere. It resonates because it has been a theme of all western-culture since the Industrial Era changed the ways society works. It is usually one of the markers that separate fantasy from true sci-fi, which usually embraces technology and human innovation, rather than demonizes it. Honestly, I tire of this trope, but The Dragon Prince uses it successfully. This theme has been subtly creeping up on the story through the first two seasons but really shows its ugly face in the last few episodes of this season. The BBEG (big bad evil guy) up until this point has been Viren, a human magic-user who has been corrupted by his magic. In The Dragon Prince world, humans were unable to use the magic of nature so they instead found a source of magic that requires animal or human sacrifice to gain power. This magic has a strong corrupting influence on the user, stripping them of their humanity and apparently their ability to empathize whatsoever. We saw the plucky prince Callum start toying with this power in season two finally reject it, and he was (somehow) rewarded with the ability to use nature magic. Viren lost himself entirely to this power and became a creature of death and ambition. We get to watch now as Claudia, his daughter, walks the knife’s edge of this power’s influence. This trope is predictable, and I would love to see my expectations subverted going forward, but it has a certain comfort to it. It is the heart behind powerhouse franchises like Avatar (not Airbender – the other one, the blue alien one), Dune, and Shannara. 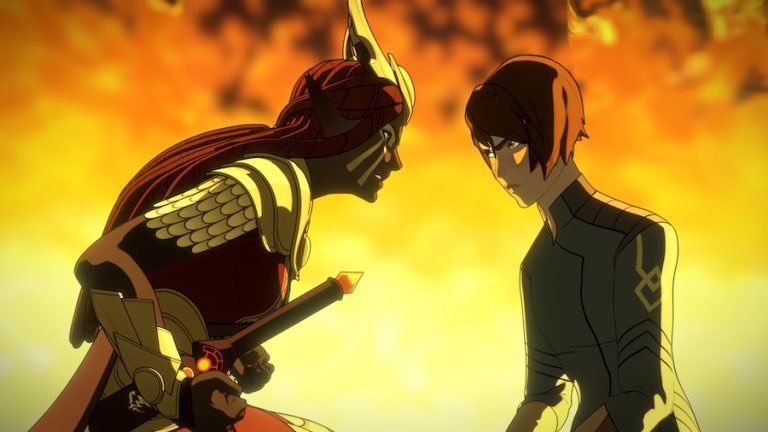 This is my favorite fantasy trope. Probably because it is so inherently Biblical. We see it in the Christ-like willingness of Frodo to bear the ring, Bruce Willis staying on the Asteroid in Armageddon, and Aslan mounting the stone table in The Lion, the Witch, and the Wardrobe. And I am not even going to talk about Avengers: Endgame, the pain is still too recent. It is everywhere. This is a major theme of The Dragon Prince season three. I counted at least seven instances of a character sacrificing themselves for their friends, knowing it could cause their death. That’s quite a high count for only nine episodes. This theme resonates well, but it can be overplayed. If it doesn’t have teeth (as in, the death actually meaning something, actually sticking) then it can lose its impact. I think of Final Fantasy IV (twenty-eight-year-old spoiler here) where every main character sacrifices their lives at one point in the game and each of them (except one) returns. The sacrifices lost their weight at that point. The Dragon Prince walks this fine line well, though I wonder if the fact that I was counting the instances plays against the subtlety they were going for. 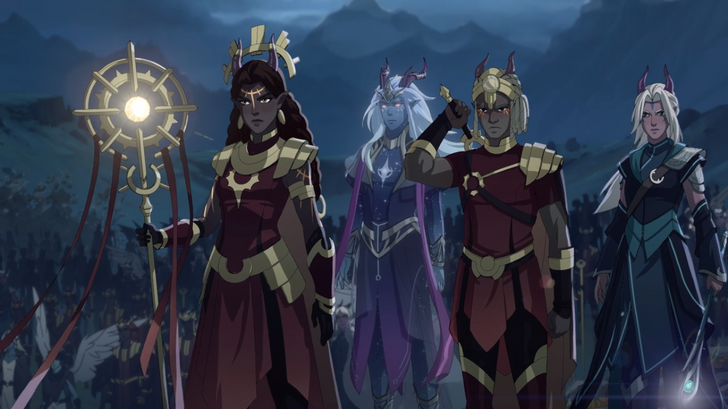 This is a trope that I see directly as an influence of The Last Airbender because of how overtly it was demonstrated in that show. I remember watching the special features of the Airbender DVD where they discussed that each form of bending (elemental manipulation) was based on a different martial art.  In that show each of the tribes had a corresponding color—fire was red, earth was green, water was blue, etc. This is a normal trope, look at Star Wars. The good guys are all dressed in earth tones, while the bad guys are stark in blacks and whites. The Dragon Prince elevates this idea to a new level. The clothing design, the accents, the architecture. Each culture is masterfully crafted and fine-tuned in a way that is not as ham-handed as “fire people wear red,” but feels more like these cultures developed over time. This brings so much flavor to the world, sometimes in unexpected ways. The Sunfire Elves were fleshed out in this season and their design was sublime. I didn’t expect French accents or Incan influence in their garments, but it works so wonderfully well. It reminds me of the Wheel of Time novel series which explores this idea over fourteen books. This creates a rich fabric upon which the tapestry of the plot is sown and makes the world feel more three-dimensional. In The Dragon Prince, it really felt as if these design choices developed over time, as cultures do, rather than just a swatch of paint thrown over people to distinguish them from others. Why would a race of sun-worshipping lava elves wear that kind of clothing? Why would the moon elves develop a fighting style that is stealth-based? Why on earth do the Earth Elves sound like stereotypical chimney sweeps? These design choices were made by a master with real vision and it makes the world real. Design choices can make or break a franchise. What made Star Wars stand out in 1977? It was the first sci-fi to show a world that was lived-in, with a little road dust, and wear and tear as opposed to the pristine and clean worlds of previous franchises.

There are so many more tropes to deal with in this series—will they/won’t they (I’m team Claudia still by the way), complex moral quandary, sins of our parents (the best parts of this story are the flashbacks of the previous generation), return of the king (made famous by Return of the King), but I don’t want to lose sight of just the purity of the story itself. This is an incredible story that I am pleased will continue.  I think we really have only just begun with this third season, and if this creative team is as good as I think they are, we have only seen the outside of this onion as it gets peeled. Keep your eyes on Dragon Prince, this one is definitely worth the watch. 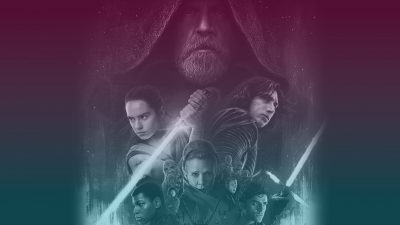 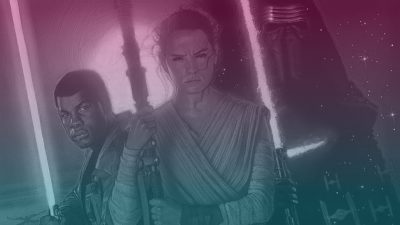 Scott Kingsolver
Film
Writer Scott Kingsolver argues how Star Wars: The Force Awakens exemplifies the value in embracing a beloved and messy past with a forward-thinking future. 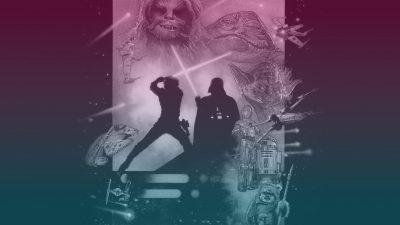 Steve Cullum
Film
Writer Steve Cullum explains how Star Wars: Return of the Jedi paints a model of undying hope through Luke, who shows that redemption is always possible. 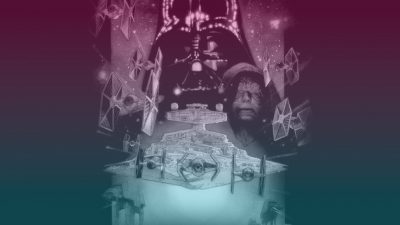 Matt Civico
Film
Writer Matt Civico analyzes how Star Wars: The Empire Strikes Back reflects the feelings of uncertainty and failure when we're in the middle of things. 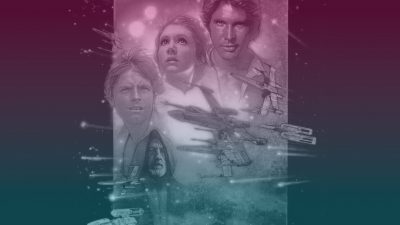 Marc Davis
Film
Writer Marc Davis explains how Star Wars: A New Hope still shines today by owning up to its name with imaginative optimism during a cynical period of film.