As a young child, I saw Studio Ghibli’s My Neighbor Totoro in Japanese with my best friend, who was Japanese herself. Though there were no subtitles, my imagination allowed me to immerse myself in the whole story. I don’t know if her parents were confused about how I enjoyed it without understanding a word, but in either case, they gifted me a dubbed English version. Since that moment, I was hooked on anything that remotely resembled anime in whatever language I could get my hands on. So, being a Star Wars fan, I was also thrilled when the Visions series was announced.

Wherever the Empire reaches in the Star Wars universe, corruption and oppression follow. What makes each character’s essence shine through is how they respond to this: What decisions do they make?

Episode 8 follows the story of a clan being ravaged by the Empire. While there are many things to love about anime in general, one thing I’ve always found compelling is the lens and substories it provides as glimpses into Japanese culture and history, as told in many iterations from many authors and artists. At times it’s only found in faint little nuances, and other times it’s told boldly through the main story arc. In this Visions episode, the theme practically punched me in the face; the history of the westernization of Japan firmly fits into the larger story of Star Wars.

This episode begins with a brief description of the industrialization brought by the Empire to a planet rich with natural resources and a culture deeply connected to nature. Similarly, America and Europe forced open the borders of Japan for trade in 1853 after a long period of intentional isolation. We see the political struggle and oppression of the people on this planet: the towns are run down while the Imperials live nice clean lives in their Star Destroyer ported above the city. In contrast, Japan was forced to sign unequal treaties with Western powers, which gave them both economic and legal advantages in Japan. 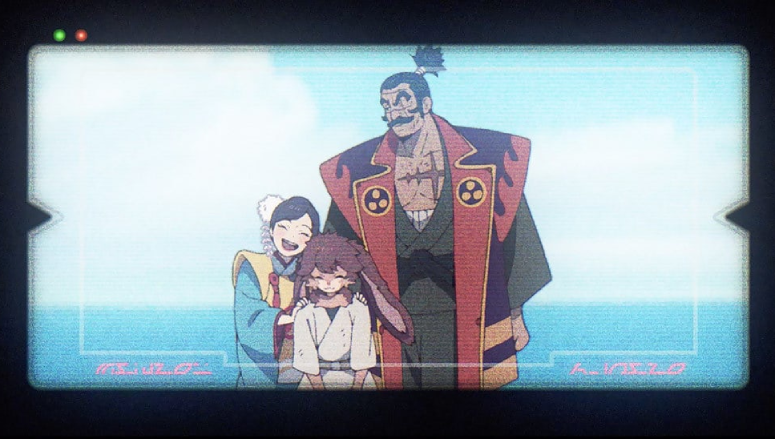 After witnessing a scene with a line of chained slaves who look like anthropomorphic rabbits, we’re introduced to one named Lop: an alien among the largely homogeneously human population of the Empire and the local clan. She is a young runaway slave from the Empire. This is something Japan would have likely observed with America’s visiting ships up until the mid-1800s; slaves were likely brought to attend those taking the journey. In this episode, the head of a great family clan adopted Lop out of both pity and honor. Time passes, and Lop grows up with her human sister Ochō. The father, Otousan, has started asymmetrical warfare against the Empire’s hold on the planet. Ochō sides with the Empire and tries to convince Otousan to also side with the Empire for the sake of the planet so it can progress and modernize. When he doesn’t listen, Ochō leaves them all for the Empire.

Much like the dynamics between Lop, Otousan, and Ochō, Japan—at that time of Western influence (maybe even still)—was not unified in what modernization meant for their people and culture, or how they wanted to move forward. The episode ends with a vow from Lop to save and reunite with her sister Ochō, who nearly kills her father for the sake of “progress.”

God’s chosen people happen to be faulty humans, and we eventually hear God’s voice admonish the evil within Israel and command them to be better than their oppressors. How many of us are descendants of oppressors, and how many of us are complicit in oppression that’s continuing even today?

Wherever the Empire reaches in the Star Wars universe, corruption and oppression follow. What makes each character’s essence shine through is how they respond to this: What decisions do they make? Otousan, a few remnants of his clan, and Lop feel a deep connection to nature, the native culture, and even the Light side of the Force. Ochō has been blinded by either rationalization, the Dark side, or both. Those on the Light side clearly care for how both people and planet are treated, while Ochō is willing to go to war with her family to further the Empire’s selfish goals.

For those of us who are Westerners and/or Christians, how do we come to terms with this perspective of our history? We know that Israel, God’s chosen people, suffered at the hands of others. They were oppressed, and God did amazing things to deliver them out of Egypt. But a lot of time passed after. God’s chosen people happen to be faulty humans, and we eventually hear God’s voice admonish the evil within Israel and command them to be better than their oppressors (Amos 5:12-15) How many of us are descendants of oppressors, and how many of us are complicit in oppression that’s continuing even today? 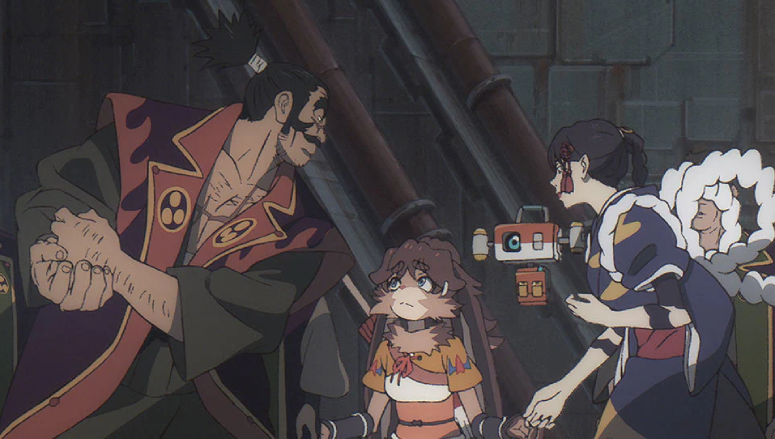 It is incredibly easy for any society, even one that has such a deep connection to God the Father, to fall and do evil. It is for us to take notice, turn, and repent. We are to do good and display love that should overflow from us. When asked “What is the greatest command of all?” Jesus replies it is to love God fully, and our neighbors as ourselves (Mark 12:29-31)

Any of us can identify with the wounded. But can we identify with the oppressor? Just how much of our sin are we willing to admit? How much of our collective sin? If we remember that with every statement God makes against our hateful behavior, there’s always an invitation to turn and come back to the light: just as Lop loves her sister and is determined to fight to bring her home.

For an outline of Japanese history as told by Japanese, feel free to visit Japan Guide.

Christi Osterday
Christi is a musician turned librarian, who has loved anime and Star Wars since childhood. She loves all things sci-fi, and is also an amateur knitter. Currently lives in Louisville, KY, but wants to travel the world.