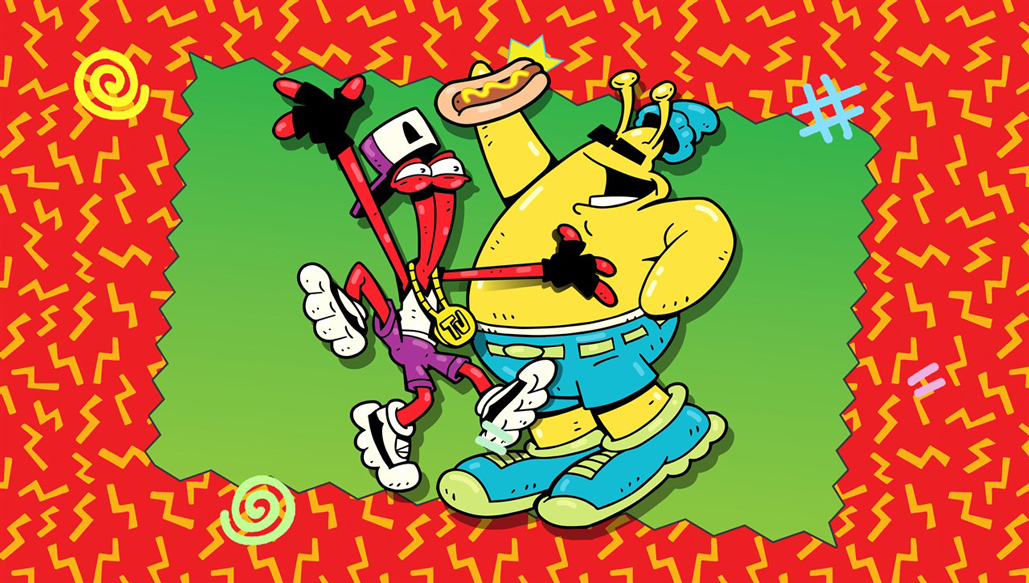 The Ties That Bind in ToeJam & Earl: Back in the Groove

ToeJam & Earl: Back in the Groove, the long-awaited addition to the ToeJam & Earl series, crash-landed on March 1. The original has always held a special place in my gaming history.

Getting games cheap was hard with no internet or used game stores when I was growing up. I had my eye out for one in particular: ToeJam & Earl. I first played the game at a Sega mall tour and became obsessed with buying it, but couldn’t afford a new copy with my allowance. However, one day, I found a used copy in the classifieds of my local newspaper. I’d saved up just the right amount in my Bart Simpson piggy bank.  My dad was more than happy to drive his 8-year-old child to a stranger’s house at night to make the purchase.

Everything felt uncertain, but nothing could stop me and my dad. Not even now.

When we got home, my dad put the cartridge in and we teamed up. I was ToeJam (the little red one) and he was Earl (the big orange one). The learning curve was high for my dad, who preferred helicopter games and straightforward beat ‘em ups. He would beat Streets of Rage with me every Friday night. The worst trouble I could get in wasn’t breaking something around the house or talking back—it was the trouble I’d get in if I betrayed him when the final boss in Streets of Rage offered to let you win if you defeated your co-op partner. My dad would remind me we could only win together, not opposed.

Despite the rogue-like style being difficult for him in ToeJam & Earl, he was my Earl. He tried to play through this bizarre, novel title even though it couldn’t be solved with jump kicks alone. This open-world, avant-garde funk masterpiece of two aliens collecting pieces of their broken ship on an alternate earth was a trip to explore together, and no game has ever imitated it since then. Every present (item) contained a surprise, ranging from root beer and inner tubes to swarms of bees and rocket shoes. The surprises were not only in what you ended up equipped with, but also how such random items could even be useful. How does one wield Rose Bushes? We explored all of the game’s vertical levels of madness trying to figure it out together. Everything felt uncertain, but nothing could stop us. Not even now. 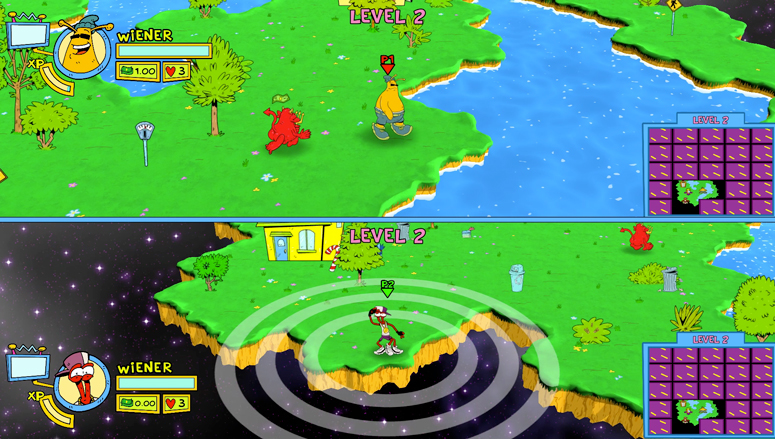 I began writing this article from my dad’s hospital room. For the past year, my dad has been ill. Doctors have told him that they gave up trying to figure out what’s wrong. They’ve cleared him of nearly every disease they can think of, but he is still failing. There’s only one more team trying their hand to solve the mystery. It’s experiences like these that remind me we live in a world of surprises both good and bad. However, my dad and I wander it together, just like how we did as ToeJam & Earl.

After another battery of medical tests, I mentioned to my dad that a new ToeJam & Earl was coming out soon. I asked him if he remembered playing the first one with me. He didn’t remember the gameplay at all, though he perfectly recalled the characters. We used to draw the characters together when I was younger. He asked, “Didn’t we drive to some guy’s house in the middle of the night to buy that one? I remember that. Weird night.” It’s no surprise how those details stuck with my dad decades and hundreds of games later.

“Co-oping” with others can open us up to hurt, uncertainty, and grief, but it can produce relationships that create spaces filled with grace, hope, and strength.

Now it’s my turn to play Earl with my daughter in Back in the Groove. We played for hours into the night and experienced the surprise of presents, the absurdity of enemies, odd quips and quotes, and hilariously-named ranks. They all tickled us the same way they did for my dad and me. We laughed, gasped, and ran around as we searched for ship pieces and elevators.  As I played this early access copy with my daughter, I knew with certainty I would purchase the polished version on day one. I don’t know with certainty what’s next for my dad, but I know he will be with me both digitally and in real life; we wander the unknown together.

Living with uncertainty is one of the main themes of the book of Ecclesiastes, which addresses the fragile and ethereal nature of things. The Collector (the Hebrew word they use for themself is Qoheleth) talks about how “a cord of three strands is not easily broken” (Ecclesiastes 4:12). To put it another way, we are stronger when we wander life together, whether that be with God, family, friends, peers, or anyone else. “Co-oping” with others can open us up to hurt, uncertainty, and grief, but it can produce relationships that create spaces filled with grace, hope, and strength.

I want to be like my father for my children (and my mother too, but there isn’t a reboot of our favorite game Atari Combat, so that’s for another article). I may not remember the name of every game I play with them, but I’ll remember that they created spaces for us to adventure together; I’ll always value the stories we participate in and weave into our own. We are tying ourselves together and making our own cords. 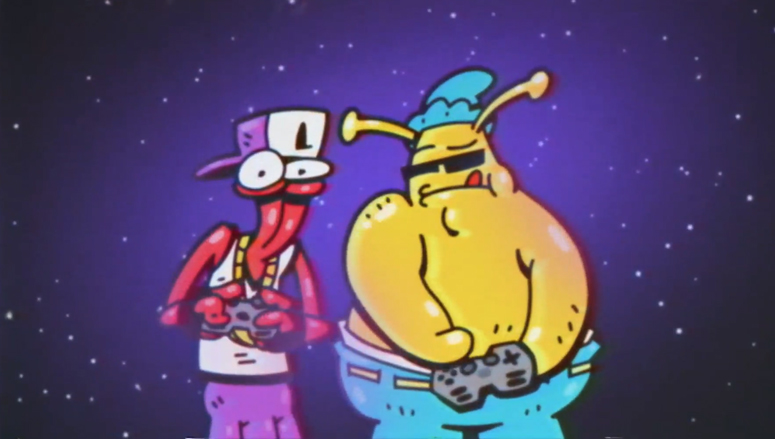 When my daughters perhaps become their children’s Earls one day, I’ll hopefully remember how their houses looked in “that mining game” or how we celebrated after defeating the obstacle course in “the robot blocks” thing. I’ll never forget how we did it: together.

Back in the Groove has one foot in the past and one in the present in the same way how I played with my dad and am now doing so with my daughters. As much a reboot as it is a sequel, the game and its original tone is retained with new procedurally-generated systems to further expand the bizarre world. The cast of zany supporting characters and enemies are charming, alarming, and persistent.

Months after I began playing the new game, my dad’s future is just as uncertain as it was before. I’m finishing this conclusion in his new hospital room. I don’t know what his adventure has ahead, but I do know he is proud of how I adventure with my daughters. I know he’s proud that his example as a co-op parent is being carried on, whether ToeJam and Earl’s ship gets rebuilt or not.

Kevin Ireland
Kevin Ireland is a husband, father, comic book aficionado, and so-so pinball player. He is the senior pastor of First Presbyterian Church in Springfield of Flourtown, PA. Kevin is currently hard at work writing his first non-fiction book: "Special: The Ordained Work of the Reverend Fred Rogers."