Todd Phillips’ Joker has a lot to say. It’s a response to the genre fatigue that many are beginning to feel with superhero film adaptations. It’s an ode to a method and style of filmmaking rarely executed in our bombastic digital era. Despite its 1980s setting, it’s a commentary on contemporary affairs. It’s an origin story that never neglects its comic book lineage. Joker has a lot to say. But Joker’s greatest feat is not its message, but rather the question it poses: What lies behind a smile?

What solidifies his transformation into the iconic villain is a tragedy of absence; as the world pummels him, the people who are supposed to be there for him are not.

For Arthur Fleck (played brilliantly by Joaquin Phoenix) the answer could simply be pain. Fleck’s metamorphosis into the iconic ‘Clown Prince of Crime’ is steeped in misunderstanding, hardship, cruelty, and, above all, loneliness. This is a man who has been pushed aside by society while being ridiculed for his odd personality and illnesses. What solidifies his transformation into the iconic villain is a tragedy of absence; as the world pummels him, the people who are supposed to be there for him are not. For his entire life Arthur has never had another’s ear or time, and the film shows you this throughout in a disturbing and poignant fashion. His smile is a mask that he is quite literally told to put on.

One night on a subway ride, after a particularly hard day, all of the pent up anguish and negative emotion inside Arthur comes out. The camera lens frames him on the left side of the train car, with his aggressors on the right taunting him with a song. “Send in the clowns,” they sing, as Arthur laughs uncontrollably in his distress (in the film, the source of his laughter is a condition known as Pseudobulbar). They take off his wig, push him around, and then a brutal right hook sends him reeling to the ground. Rock bottom with no means of striking back save for a pistol, Arthur lashes out. He opens fire from the ground, killing two of his three assailants before chasing the maimed third through the arrival station and finishing him off as he tries to clamber up the steps into the night of Gotham City.

Reflecting on his violent actions, Arthur realizes that he should feel bad about what he has done … but he doesn’t. He feels good even, like he finally has control.

One afternoon while in New York City, Fred McFeely Rogers got caught in the rain. With no taxi hailed or umbrella to walk under, he and another gentleman accompanying him sought refuge from the storm by taking the subway. During the ride, a group of school children recognized him, and rather than approach him with fanfare and solicitations for an autograph they simply started to sing: “It’s a beautiful day in the neighborhood. A beautiful day for a neighbor. Would you be mine? Could you be mine?” 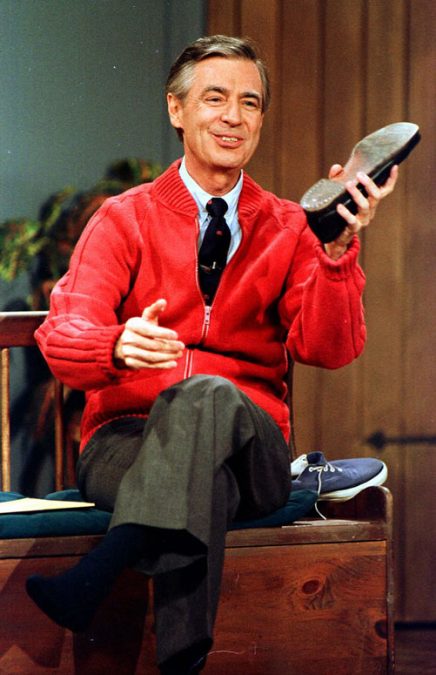 Although the film is still pending release, the first trailer for A Beautiful Day in the Neighborhood, starring Tom Hanks as the late TV star Mr. Rogers, shows us a glimpse of this anecdote in the film. The camera lens frames him on the left side of the train car, with his admirers on the right serenading him with this song—one of his own compositions. As a matter of fact, he started every show with this same little song. It’s synonymous with him, as were the low production values and slow pacing of his PBS program. So why was this seemingly inauspicious man with his puppets and silly voices so cherished and revered? Well, from what I can gather having grown up watching his show, it was his smile—warm, joyful, and most importantly: real. He never needed to wear a mask.

Born in Latrobe, Pennsylvania in 1928, Fred spent much of his childhood alone. He was teased and bullied often while at school by other kids for being shy and overweight—“Fat Freddy” being a favorite insult. His severe fits of asthma would keep him isolated at home and under attentive care. But in this solitude he developed a vivid imagination and appreciation for play. His favorite activities were playing with the puppets his mother gave him and learning the piano after begging for lessons. His parents—along with his grandfather, Fred Brooks McFeely, whom he credits as his first true friend— fostered a deep affection for music in him. Although his formative years could be looked at with a sense of difficulty and sadness, the people who were supposed to be there for Fred, were there for him. And that made all the difference in the world.

A young Arthur Fleck did not need a defender, or a soldier; he needed an advocate.

Reflecting on his childhood, although sometimes painful, was always an exercise in gratitude for Fred Rogers. He felt loved, and because of this he felt like he had control over himself.

When we stop and think about all of the rhetoric surrounding this new take on the iconic DC villain, there’s some comfort in knowing that the antidote to the fictional Joker is a real life superhero—no caped crusader required.  As where Batman normally stands in opposition to the chaos, he can only go so far as a defender and a soldier. Todd Phillip’s new take on the Joker allows us to see the true nature of the hero needed via the form of the shadow left by one’s absence. A young Arthur Fleck did not need a defender, or a soldier; he needed an advocate. He needed a Mister Rogers. To teach him to slow down and take in the little things in life. To teach him that it is human to feel, and that our feelings are mentionable and hence manageable. To teach him that life can be beautiful and yet messy, that it can be scary yet hopeful; but above all, in his own words, that “love is at the root of everything, all learning, all parenting, all relationships; love or the lack of it.” Love, or the lack of it—what a difference it can make of two train rides. Over the course of 895 episodes on his show he never talked down to children, he just talked to them. What if Arthur Fleck had been one of those kids he was talking to?

Fred Rogers’ everlasting authenticity has a lot to say. But by far the most important thing he ever did is not a feat of statement; rather, he asked us a question: “Please, won’t you be my neighbor?” When the show ended and the televisions were turned off, he was inviting us to be a neighbor to others when he no longer could. In these divisive times, with the world seemingly getting crazier out there, may we stop and take the time to remember what it means to be a good neighbor. 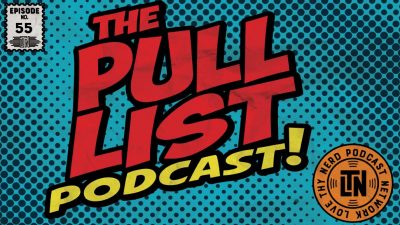 Pull List
The Pull List
DC Comics is looking for readers in Walmart, Joker has a puzzle box, and Jason Todd as a zombie slayer? This is Episode 55 of The Pull List!

LTN Writers
TV
Each week, as new episodes of Loki drop, LTN Writers reflect on the new MCU series. Check in to see what we think about the Sacred Timeline.

Amy Cokenour
Reflections
Loki and his Variant Sylvie have different views of love. Writer Amy Cokenour reflects on her own view of love varies from the others. 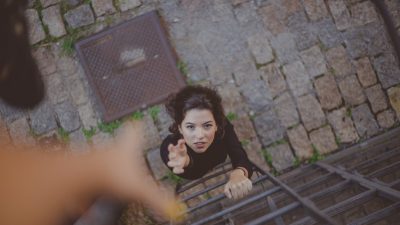