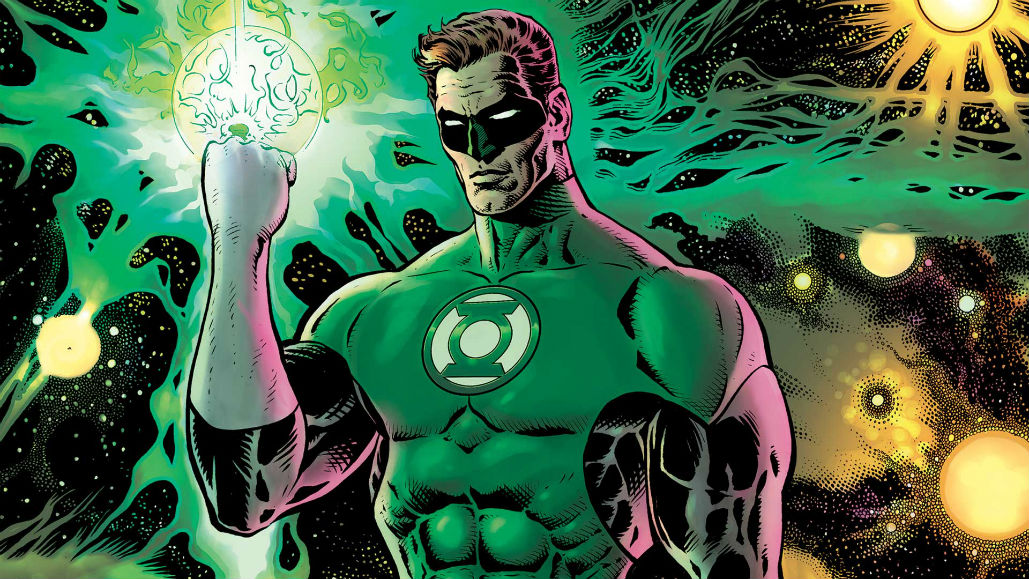 Hal Jordan has had a rough couple of years. During Dan Jurgens’ run on Superman in the 1990s, Hal witnessed his hometown, Coast City, destroyed by the Cyborg Superman and Mongul in a battle that killed thousands. Out of the guilt and desperation of failing to save his beloved city, Jordan tried to resurrect and rebuild Coast City using his power ring. When that didn’t work, he was overcome with grief and madness, turning on the Green Lantern Corp and destroying them to gather their rings and collect as much power as possible. Killing his friends, destroying the Corp, and gaining more power than any Lantern ever before, Jordan took on the super-villain moniker Parallax until he eventually sacrificed himself in a rare moment of clarity.

To help readers sympathize with the now villainous Jordan, Geoff Johns’ 2004 Green Lantern: Rebirth brought Jordan back and attempted to retcon his madness by declaring Parallax an otherwordly “fear entity” that had taken over Hal and guided him into despair and ruin. Comics have taken this route time and time again—we want our heroes to be understandable in glory and in madness, so Johns’ comic was a noble attempt to return Hal to a pedestal of heroism, a prodigal son of the cosmos being given a second chance and a familiar face back with the Corp. 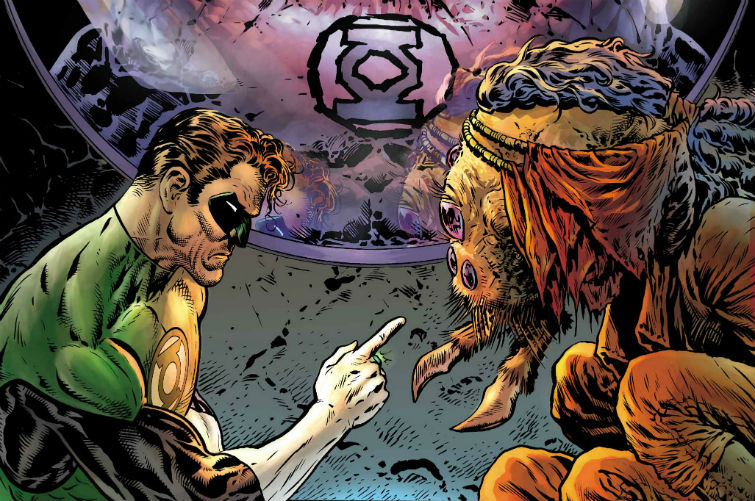 Yet despite this rewriting of Hal’s history, he never gained the traction he once had as a beloved member of the DC hero pantheon. Instead, John Stewart and Kyle Rainer simultaneously took over the respective role of Earth’s Lantern guardians and the face of Lantern comics. Meanwhile, Jordan continued to be the fall guy for the Corp, and with his erratic behavior jeopardizing his work with the Justice League in the DC Comics relaunch, New 52, he would eventually venture out on his own.

It was only in DC’s full Rebirth launch that Hal would start on the long road back to being the Green Lantern, intergalactic lawman, we once knew and loved. In November 2018, Grant Morrison, one of the most prolific writers in comic book history, took the reigns of a brand new imprint from DC Comics simply called The Green Lantern. The story begins with a beaten down and wayward Hal Jordan, still reeling from his suspension from the Corp and drifting like a tumbleweed in the desert. Hal is a bit of a nomad and without a Lantern battery in his possession, he is a self-described “persona non grata” within the Lantern Corp. He is, in a phrase, a man without an identity and without a home.

…we know we’re witnessing the beginning of Hal Jordan’s path to redemption, a path that even Jordan himself seemingly thought was impossible to traverse.

As we might expect from Morrison, that’s not where he plans to leave our broken hero. Before long, we’re confronted with a nostalgic moment when Hal is face to face with an alien craft housing a dying Green Lantern. The effect is one of déjà vu; we recognize the moment as akin to when Hal first received his Lantern ring decades ago. It’s a small and repeated scene within Lantern comic pantheon, but Morrison brings Jordan full-circle and offers the first glimpse of hope for Hal after years of despair. When Jordan takes the Power Battery, the source by which a Lantern’s ring is charged, and utters those beautiful lines, “In Brightest Day, in Blackest Night,” we know we’re witnessing the beginning of Hal Jordan’s path to redemption, a path that even Jordan himself seemingly thought was impossible to traverse.

Hal’s redemption is beautifully packaged within the poignant storytelling of Grant Morrison, and the cosmic, yet, gritty Geiger-esque art of Liam Sharp. The stark contrast between the desert where we first find Hal, and the vivid, retro-cosmic art style of the galaxy that Sharp has built, perfectly illustrates Hal’s, and by extension our own, emotional journey. Gone are the days where the pages of Green Lantern comics are filled with military style battles, weapons of war formed by green constructs, and a sci-fi space opera backdrop. 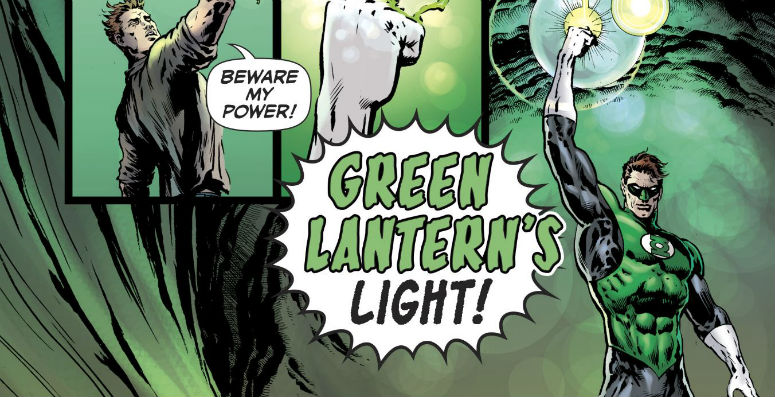 Instead, Morrison and Sharp have taken an immense galaxy and crafted it to feel more like home. The unique, weird, even grotesque creatures that make up this galaxy are delivered to us in a way that makes them feel familiar. It’s as if we’re returning to a place we once knew, like visiting your hometown after being gone for years. The focus has also shifted from a soldier tangled in an intergalactic war to a beat cop who is trying to do the right thing for the neighborhood. This is where Hal’s redemption begins: not in saving the earth from a universe destroying cataclysm, but in protecting the lifeforms of the galaxy he has sworn to protect and keep safe. We feel what Hal Jordan is going through as we meet him in the desert, and while the weight of the world, the galaxy, seemingly remains on his shoulders, there finally seems to be light at the end of the wormhole.

Hal is likely the most human of all superheroes. He’s always struggled to find his place in the universe as a man who knows the vastness of space yet somehow still yearns for the naiveté of knowing nothing at all. This knowledge curses everything: he can’t hold down a job, his relationships are a mess, and the one thing that made sense, the Lantern Corp, has all but abandoned him. And yet, in a just a few pages, Morrison and Sharp have shown us that Hal Jordan is going to be okay. Even though his past is marred by terrible, broken decisions, he can, at long last, find his way back home again.

It’s Grant Morrison. And The Green Lantern. And redemption.