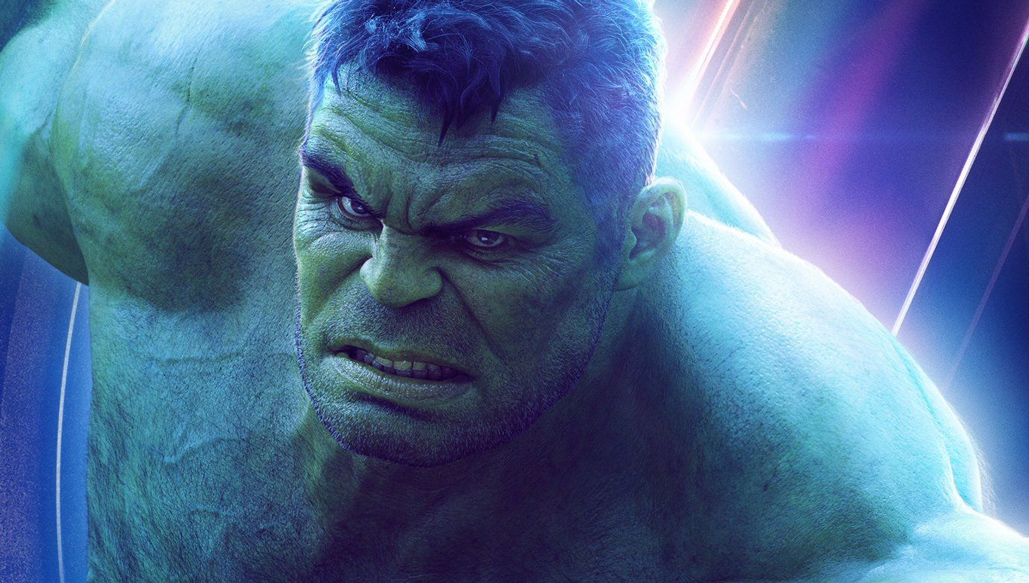 Among the Avengers’ founding members (Iron Man, Hulk, Captain America, and Thor), Bruce Banner (Hulk) has received the least screen time and development. Some might say it is because he is not an interesting character, so there is little story to tell. Others could point to the merry-go-round of actors who have portrayed him. Over 20 movies, Marvel has kept actors consistent, but the only major changes from 2008 to the present have been replacing actors for Bruce Banner and James Rhodes (War Machine). Perhaps that is why Mark Ruffalo does not have his own trilogy or even a standalone movie as the longest-tenured Hulk actor. Regardless, most fans can admit that it is a tragic neglect.

Bruce sees this dichotomy and lives in fear of his power, whereas others see it less as an inevitable choice between the two and and the potential for a powerful symbiotic relationship.

What makes this character tick? Bruce is a man dedicated to protecting others; Hulk is a destructive force. Banner sees no way to live out the values important to him while the Hulk is around. If we ignore 2003’s Hulk, then the character is the only major Avenger without an on-screen origin story. 2008’s Incredible Hulk, arguably the most underrated phase one movie, was the only one that was not an origin story, yet found ways to explore the character’s motives. The film begins with him in exile and assumes rather than explains his backstory. I’ve introduced several people to this movie who have no comic knowledge and they seem to roll with the punches, but it robs the audience of storytelling opportunities since most characters never escape the shadows of their origins.

Nevertheless, when we find Bruce, he has no interest in harming people despite his great power. He prefers to live in poverty than risk putting anyone he loves in harm’s way. Even while he’s impoverished, we learn that he is still committed to scientific research and care for others. Given the character exploration, challenge, and growth, it had the recipe for a good film and even the beginning of a solid trilogy. Yet, the MCU never goes much further with him. During his initial recruitment as an Avenger, he is skeptical that the rest only want him for his scientific genius. There are tensions from which to sketch a meaningful story with Bruce, but much like Black Widow’s love for him in Age of Ultron, it is an arc that falls off quickly. It is curious that we’re given a glimpse into each character’s mind when Scarlet Witch preys on their fears in the same film. However, Banner is the only one to be attacked in this way yet have none of his conflict shown on screen. Is this an attempt to make him even more mysterious? 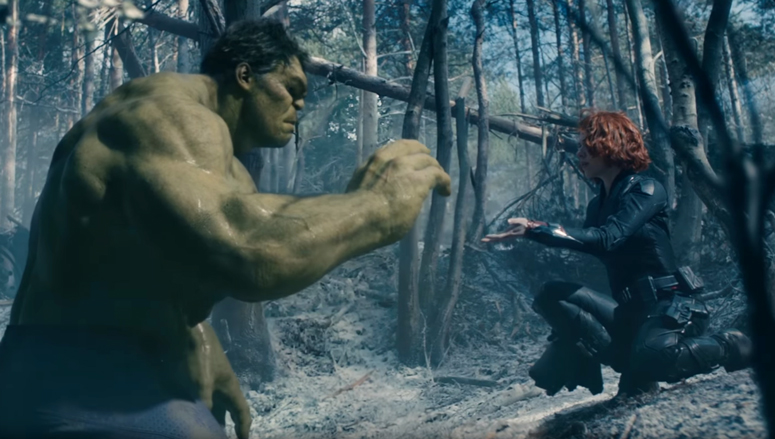 Part of that mystery is seen in Bruce’s fight to control the Hulk, which is depicted throughout the franchise in the backdrop, but is most clearly seen in Thor Ragnarok. We see him emerge in a period where the Hulk has been in control for two years. Bruce tells Thor, “If I turn into the Hulk, I am never gonna come back again and you don’t care. You’re just using me to get to the Hulk.” Thor provides superficial reassurance to Hulk that he prefers Hulk, and when speaking to Bruce, he prefers Bruce. Perhaps that says more about Thor than it does Bruce. Nevertheless, the Jekyll and Hyde dynamic of Bruce and Hulk is inescapable. Bruce is calm, peaceful, and well-intentioned, whereas his alter ego is emotionally overcharged and reckless. Bruce sees this dichotomy and lives in fear of it, whereas others see it less as an inevitable choice between the two and and the potential for a powerful symbiotic relationship.

Joss Whedon attempted to paint this struggle in The Avengers. Tony attempts to be an inspirational force by encouraging him to see his power as a gift, pushing him to embrace, study, and control it. Bruce’s drive is to rid himself of the Hulk and return to the quiet life of a scientist. Where Bruce sees a curse, Tony sees potential, but this intriguing arc is mostly abandoned in following films. By the end of The Avengers, he can summon the Hulk on command and use his alter ego for good. Yet he is reluctant to suit up again and regrets his time spent as Hulk. Bruce’s character is best summarized by Black Widow in Age of Ultron. “All my friends are fighters,” she says, “and here comes this guy—spends his life avoiding the fight because he knows he’ll win.” Bruce is timid, withdrawn, and happy to watch from the sidelines, even though he is intellectually on par with Tony Stark. Still, he is rarely sought out for his mental gifts and instead for his physical powers. 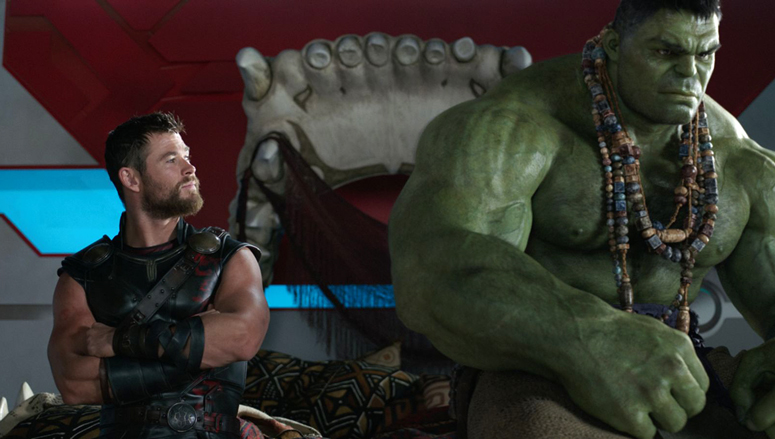 The way we see characters plead with him ultimately shows it is his decision which form he will take. Tony and Thor urge him to tap into it on command despite Bruce’s insistence that it doesn’t work that way. In some ways, he is like a gifted athlete who cannot see his own potential and is in need of a coach who can push him to the next level. Many characters have tried, but none of them really know what motivates Bruce. He willingly transforms when it will serve or protect his friends or the public at large, but is never motivated by kicking butt (Thor’s earlier motivations) or how cool he will be if he does (the implication of Tony encouraging him to strut).

Bruce is willing to jump into Hulk form to fight Thanos in Infinity War, but Thanos is more than a match: Hulk suffers his first-ever defeat. A couple of scenes later, Bruce attempts to switch back to Hulk in New York but finds himself unable. No explanation is given. Perhaps Hulk is scared or humiliated by his defeat? Is it because Hulk feels that Earth hates him? Hulk told Thor that he didn’t want to return to earth, but Bruce dragged him back anyway. This could be another symptom of the MCU’s lazy storytelling with the Hulk in that his character flexes to fit the needs of the franchise, or it could be setting up his defining moment in Endgame. It is noteworthy that in all the Endgame trailers we have only seen Bruce, not Hulk. Perhaps this is a sign that they’ve finally found a way for Banner to make a meaningful contribution to the team apart from the Hulk. Maybe with this in mind he will be more likely to transform knowing that he isn’t valued only for his ability to smash. 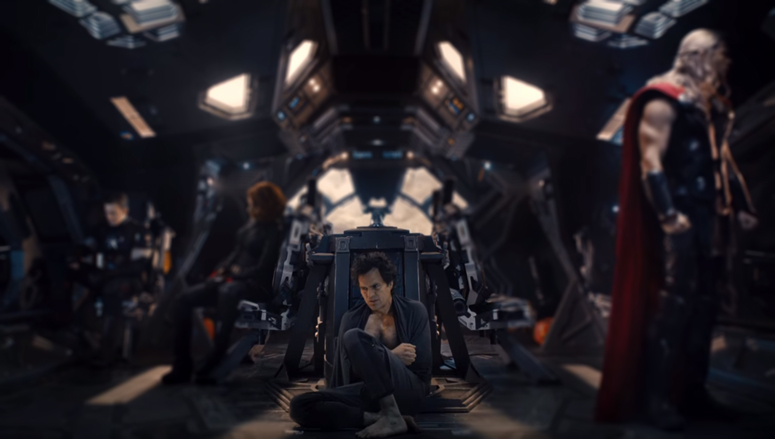 As we look to Endgame, we consider all the potential threads that have opened up for Bruce. Each time, there seems to be an intriguing story that ends with a lonely, melancholy walk. It’s time to tie up all the aforementioned threads in Endgame. The mantra has always been “We have a Hulk” in the face of the greatest dangers. The question entering Endgame is, do they still have a Hulk?