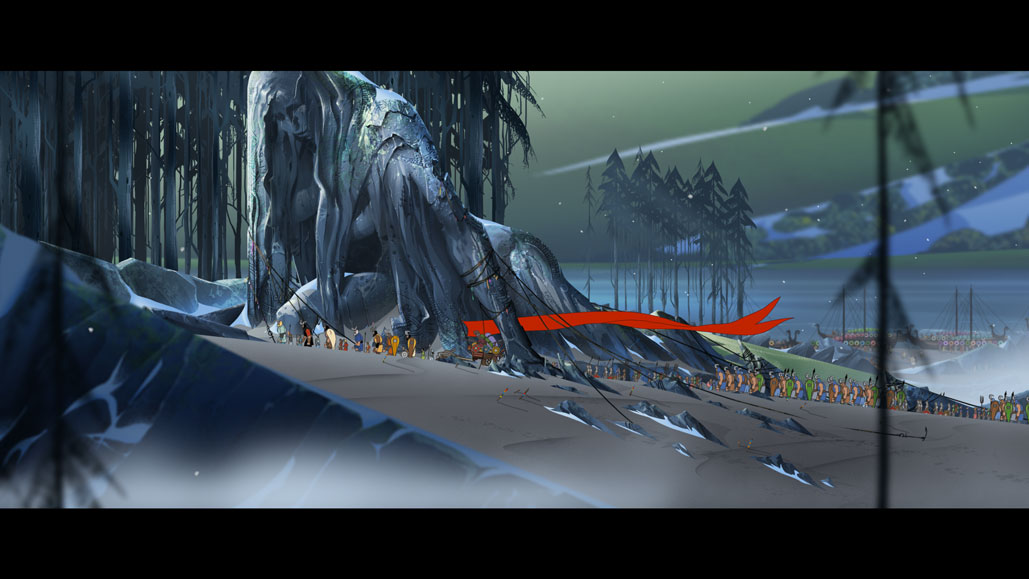 The Banner Saga—a three-part strategy RPG mammoth of an adventure—was woven into existence through a patchwork process, not unlike the process of joining one’s own clan crest or banner to a greater one. In one sense, The Banner Saga trilogy exists thanks to a trio of individuals, who worked together at BioWare before forming their own team. That team is the foundation of Stoic Studio, that envisioned the world and story for The Banner Saga. But Arnie Jorgensen, John Watson, and Alex Thomas aren’t the only weavers behind this epic tale. Those go much further back to the traditions and myths of mankind.

Notably, Norse mythology and Viking culture play their parts. But this world is its own: a fantasy realm where magicians and spell-casters of all kinds are known as “Weavers,” giant people known as “Varl” live in the north, and Centaur-like “Horseborn” in the south. They face a seemingly-infinite, unstoppable horde of stone creatures called “The Dredge.”

Can mankind unite their clans and join with other races to stop the coming evil? That’s the question that faces the player in the first game. Through the second game, the question becomes, “If the people who claim to save us have the power to do so, what is the source of their power?” By the end of the trilogy, larger questions about truth and the trustworthiness of one’s companions become all-encompassing. 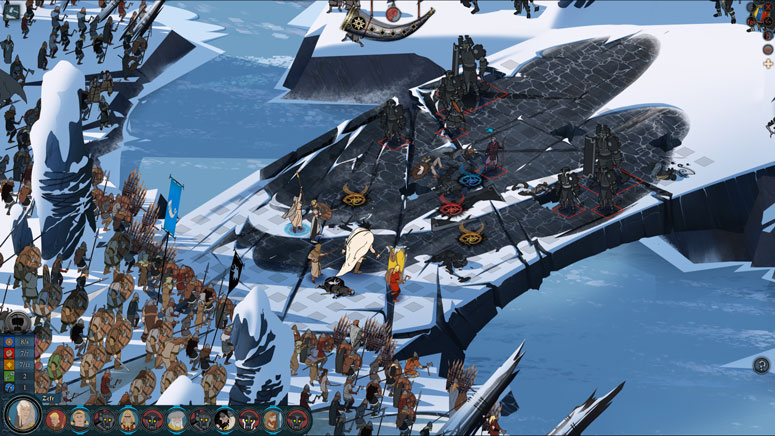 For nothing is secret, that shall not be made manifest

For every hard-fought battle, and in the face of so much needless bloodshed that comes with war, unlikely heroes and reluctant leaders are left with many questions. The developers weave a story of intrigue just as well as Eyvind weaves floating land bridges at the beginning of the second installment. But it is with the recently-released Banner Saga 3 that the root truths come to light. This may forever change the way we, as players, view certain characters. Among the characters themselves, opinions shift rapidly. The number of possible ways key characters may find themselves dead due to betrayal or misunderstanding is staggering.

. . . sacrifice is not cheap, and if the only image—or banner—we bear is our own, it will take any one of us an eternity to pay for the past sins of our brethren.

There is something gnostic about a plot this mysterious. The power-brokers wield magic and they seem to have a kind of religious order. When the player learns the ultimate truth about the evil they face, and why they face it, and how the “first evil” could have been avoided, it’s heartbreaking. It feels like everything you, and all who march and toil under your banner, have been working for has been in vain. But then, that would make sense, considering . . .

The day of the Lord is darkness, and not light

It is no exaggeration to say that the entirety of The Banner Saga is about the end of the world. In Norse mythology, the appearance of the World Serpent meant that the world would come undone, and a world-ending event called “Ragnarok” would occur. Afterward, in the kingdom to come, a battle to end all battles would occur between various factions. Stoic did not bother to name the serpent Jormungand, but his arrival still heralds the end, and he literally destroys the landscape as your caravan flees for safety. This happens multiple times, and while I enjoyed the intense action of each narrow escape, it remains a terrifying experience due to the knowledge that the serpent’s tenacity means yet another encounter in the future. That, and Austin Wintory’s soundtrack. The most intense music always accompanies the serpent.

But exploration of an afterlife is not part of the story in The Banner Saga. The world of the light becomes smaller and smaller, with less and less hope. To quote T.S. Eliot, one might say that this is a world that might go out “not with a bang, but with a whimper.” 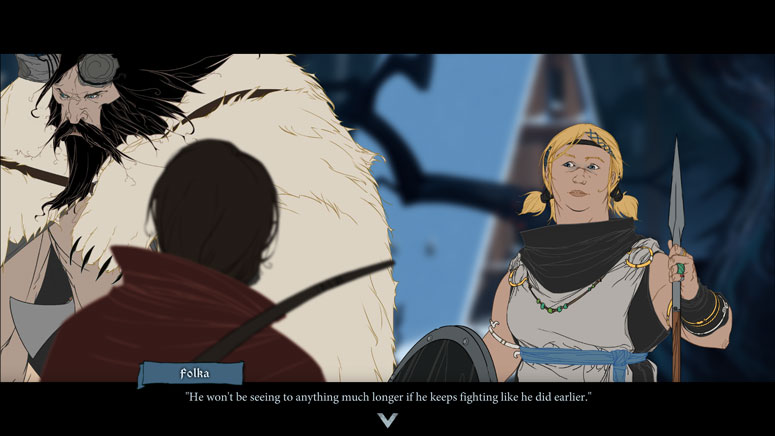 If a time of judgment comes and wipes the slate clean, what next? Is there ever a true ending? This is something I cherished most about the ending to this trilogy, and perhaps why I found it more satisfying than any of the possible endings in Mass Effect 3. Even in The Banner Saga’s darkest ending, someone is left to face the loneliness, the gloom. No matter what, it seems “the end of the world” is also the “World Without End.”

The big question, of course, is who will be part of that world. The player’s choices and skill level can help to expand the possible outcomes all the way to a “best ending” outcome. Compared to typical Christian eschatology—be it Catholic, Orthodox, Mainline Protestant, Evangelical—The Banner Saga’s World Without End is bittersweet at best, and always tragic no matter the outcome. It suggests that sacrifice is not cheap, and if the only image—or banner—we bear is our own, it will take any one of us an eternity to pay for the past sins of our brethren. 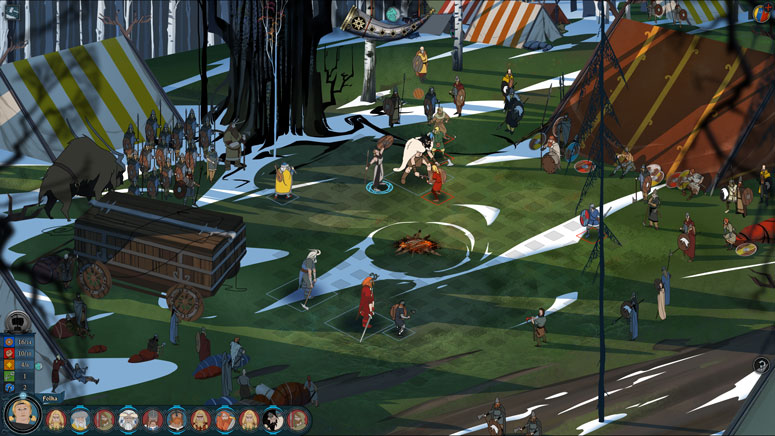 In sharp contrast, the sacrifice to usher in the Kingdom of God, the “now, but not yet,” the World Without End one hears spoken about in Christian circles—all of this was accomplished by a true God. Someone embodying the various omnis. Someone whose adversarial Serpent, though he may wrap himself around the world, has no rightful claim to it.

However, a left-field Christ-figure that experiences death and resurrection, conquering the grave, would not have been true to the game’s historical and cultural sources, nor its own unique and memorable world. I wouldn’t have The Banner Saga end any other way. How wonderful then that through the weaving of a story, we can be grateful that the world we live in—and the now-but-not-yet Kingdom—is not one whose story was woven by man alone. And to the members of Stoic Studio, whether Valka, Mender, Sundr, Stone-singer, or otherwise, thank you for weaving together these three games. The story, the incredible visuals and music, and the wildly challenging strategic combat are reminders that there is an image, or “banner,” on our hearts that is not entirely our own.