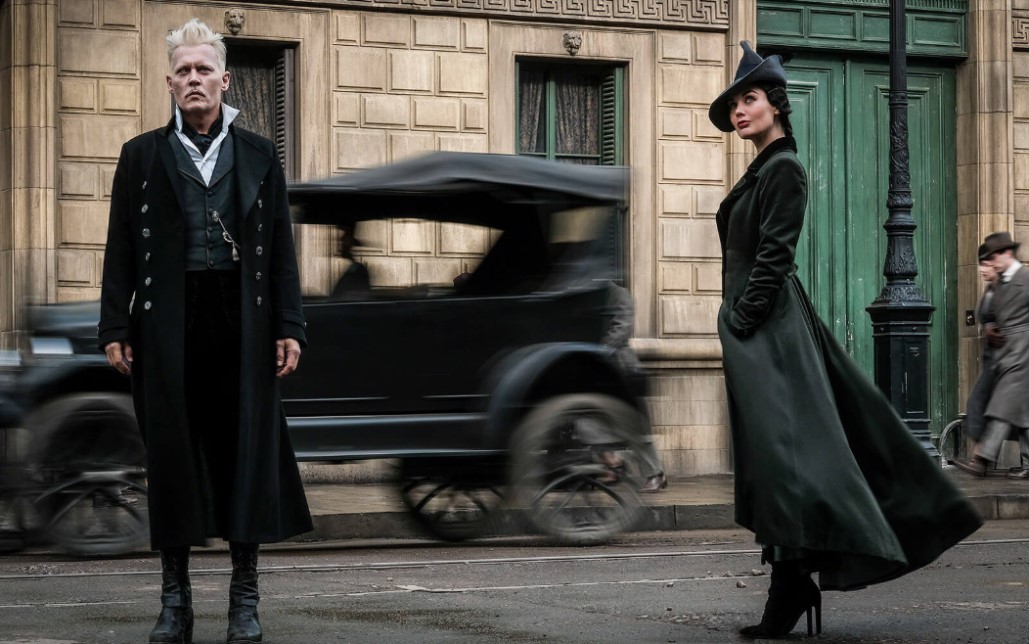 The Crimes of Grindelwald and the Legacy of J. K. Rowling

The newest addition to the massive hit fantasy franchise of J.K. Rowling’s Wizarding World is now upon us. Fantastic Beasts: The Crimes of Grindelwald is now in theaters and with it has come a new adventure, a slew of new lore, and a whole lot of questions for Harry Potter fans.

Both Crimes of Grindelwald and its predecessor, Fantastic Beasts and Where to Find Them, were written by the creator of the Wizarding World herself, J.K. Rowling. But bear in mind that scripts and books are two very different mediums. Scripts have to be written very methodically, with a visual story in mind. While Rowling is clearly a great novelist, Crimes of Grindelwald has me wondering about her screenwriting.

When someone messes with characters and/or story of a series that has amassed a huge following of devoted fans…it doesn’t go well.

Crimes of Grindelwald is a film that is only as good as the sum of its parts. There are so many of them it’s hard to ever get a chance to actually see any given part. Between the characters from the last film (Newt, Tina, Credence, etc.), the new characters (Leta LeStrange, Theseus Scamander, Nagini), and the characters from the original Harry Potter films (Dumbledore, Grindelwald, Nagini again…); it’s too difficult to get fully invested in any one particular storyline or character. Crimes of Grindelwald doesn’t seem to know if it’s a sequel to Fantastic Beasts and Where to Find Them or if it’s just a Dumbledore/Hogwarts prequel and is unsatisfying as either. 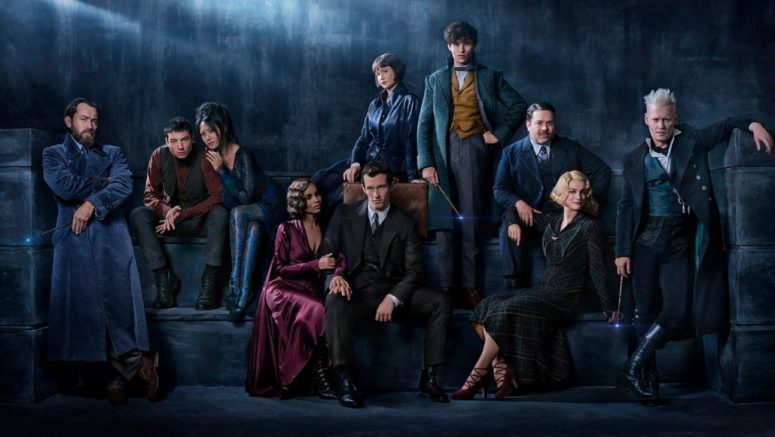 It feels like jumping from The Sorcerer’s Stone straight to The Goblet of Fire from the original Harry Potter series. “We introduced you to this world and new characters and now we’re jumping straight to the main villain with high stakes and foreshadowing the future battles that will ensue!” These criticisms stem from one thing when it all comes down to it: the writing.

While I am a Harry Potter fan, I would not go so far as to say I’m a “Potterhead.” I read the books and enjoyed the films, while occasionally dabbling in some of the short stories on Pottermore.com, but even I was confounded by the holes in the franchise made by Crimes of Grindelwald. I won’t list anything here because SPOILERS but there are already numerous articles about how Rowling has messed with the Potterverse timeline and has retconned characters with her script. Many critics and fans alike are questioning whether these changes to the timeline and retcons are truly needed for the story or are merely unwarranted fan service. When someone messes with characters and/or story of a series that has amassed a huge following of devoted fans…it doesn’t go well.

This brings up the question: Why Rowling would write a script with all these changes to her universe instead of just writing another book or creating the story and having another screenwriter write the script? Perhaps the answer is simply that she wanted to and no one told her no. Who could say no to J.K. Rowling? After Crimes of Grindelwald, I imagine a lot of people could, with it having the least successful Potterverse film debut in franchise history (by about $12 Million) and also not being a critical success either, sitting at 40% on Rotten Tomatoes. 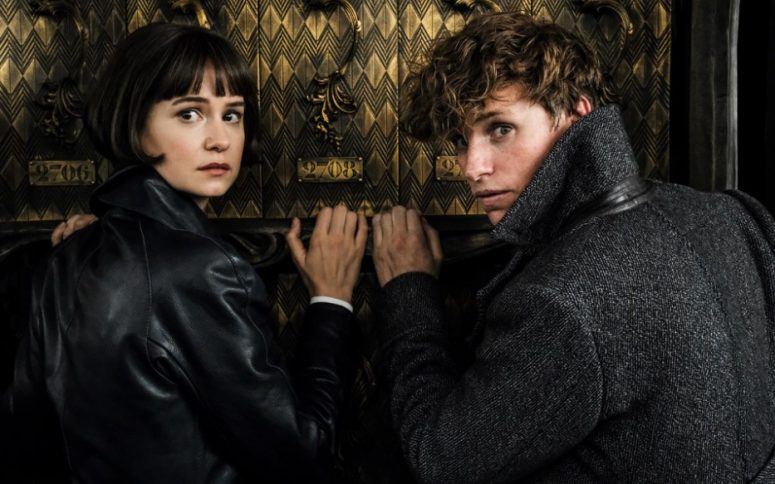 George Lucas did something similar to the Star Wars films. Lucas was known for creating an incredible sci-fi/fantasy world and then going back to it. And then changing things. And then making more films. And changing things. Because Lucas couldn’t leave it alone.

One of the things that made the original Star Wars films such masterpieces was that Lucas didn’t do it alone. He had people who told him “No.” For example, his wife at the time, Marcia Lucas, re-edited the original Star Wars making it the film we know and love, instead of what Lucas originally intended. But as Star Wars took off and Lucas became the icon he is today, people stopped telling him no, which paved the way for Special Editions Recuts and Prequel films for better or for worse. Rowling seems to be in her “Prequel” film era, a time where she can create whatever she wants but also can’t help to leave what she’s already made alone. Film critic for The Atlantic, David Sims almost prophesied this in an article back in 2015 when he compared Rowling with Lucas in regards to how they add and change things to their creations when it was never asked for or needed.

The franchise that we are fans of may change, but the thing that made us fans will always be a part of us.

So where does that leave us? With Crimes of Grindelwald’s poor performance, the future of the Fantastic Beasts series is now in question. Rowling has planned for three additional Fantastic Beasts films, but now it is quite possible that one or two, if not all of the sequels, may be on the chopping block. We can hope the films are still on track and Rowling will explain/fix some of the more troublesome plot holes from Crimes of Grindelwald and listen to the critiques given and learn from her mistakes. On the other hand, if the films do get scrapped, I can’t see Rowling keeping Newt’s story untold and she would either: publish her scripts for the films anyway, or (fingers crossed) just write the five films as a new book series.

The only bad thing that could come from the aftermath of Crimes of Grindelwald is Rowling continuing on this path, adding unnecessary changes in future installments and rewriting the lore she helped create. If that happens, we will get through it. We can still enjoy and appreciate what she creates out of respect for the original series. That’s what makes us fans. The franchise that we are fans of may change, but the thing that made us fans will always be a part of us. We will still proudly declare our Hogwarts house (Hufflepuffs FTW!!!), we will still cheer when we binge all eight Harry Potter films, we will still cry when we read that one scene in Harry Potter and the Deathly Hallows (you know the one), and we will persevere when Disney inevitably buys the rights and reboots the whole thing. All in all, while Crimes of Grindelwald may leave us with a grey cloud for the future of the Wizarding World, we can still look forward to the inevitable silver lining.

Crimes of Grindelwald is only as good as the sum of its parts, the problem being there are too many parts to sum up. A busy script with too many characters and plot threads derailed what could’ve been a nice broom ride through the Wizarding World. 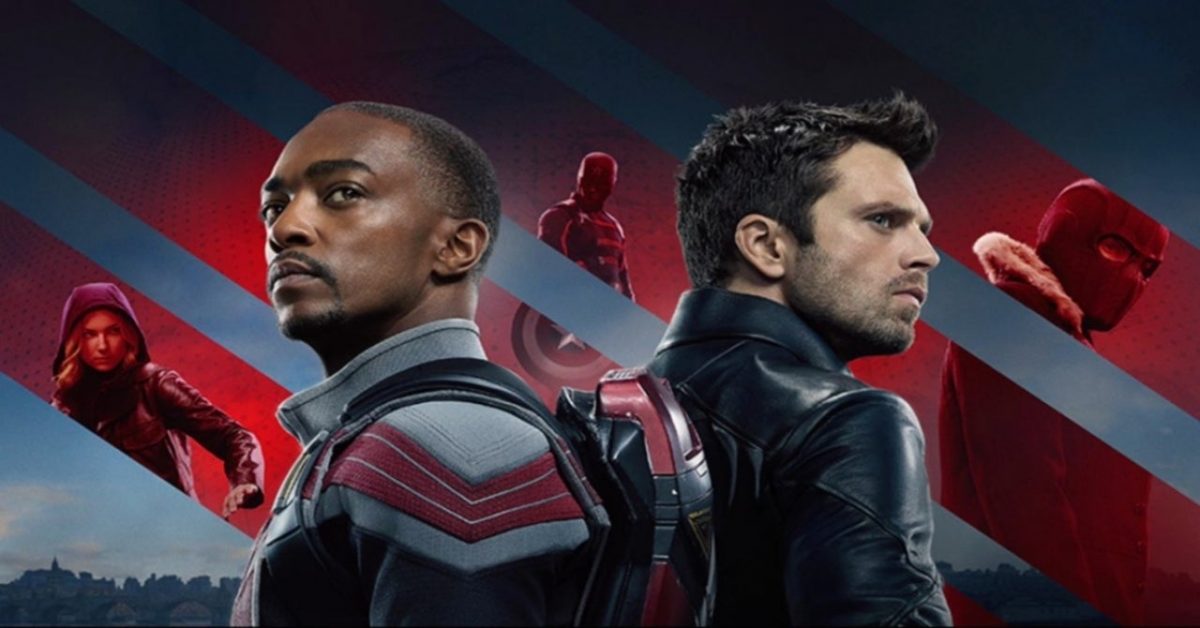 A Christian Defense of Dungeons & Dragons