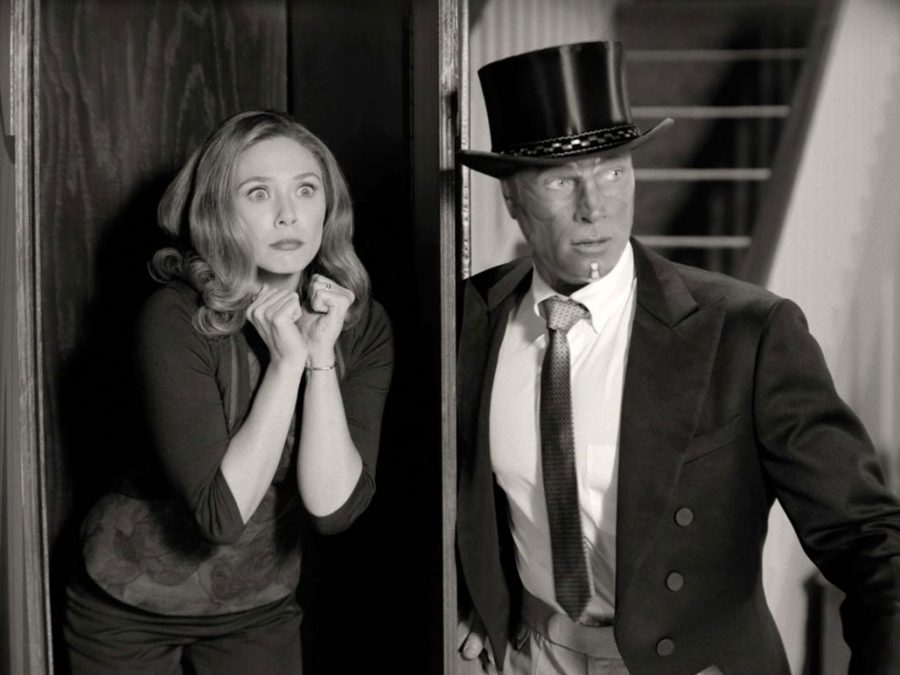 This article is a reflection on the second episode of WandaVision, “Don’t Turn That Dial.” Spoilers will follow—reader beware!

Viewers are immediately thrust back into the surreal black-and-white sitcom world of WandaVision in “Don’t Turn That Dial.” Met with a bedroom gag reminiscent of I Love Lucy, a Bewitched-styled intro sequence, and an I Dream of Jeannie–esque plot, wacky hijinks ensue. The story beginns with Vision and Wanda practicing for a neighborhood talent show. As they practice, Wanda reminds Vision how important this talent show is if they’re going to show to the new neighbors how normal they are. Earlier in the episode, Vision brings up that there are rumors floating around of “unsavory characters” settling into the neighborhood and they begin to wonder if the rumors are referring to them. They decide to go out of their way to make their magic act obviously fake so they don’t arouse any suspicion that they are, in fact, abnormal in any way.

Do we want to be liked by these people? Do we really want to be a part of this world?

Wanda makes a plea with Vision that this community is their home now and that she wants them to “fit in.” Their fear of being discovered as different and being seen as separate from the world around them quickly becomes a running theme. In their attempts to be “fitter-inners,” Wanda makes her way to a planning committee meeting and Vision goes to the neighborhood watch meeting. However, as they try to fit in, their plans backfire.

When Wanda attends the planning committee meeting, she learns that she apparently wore the wrong clothes, and Vision immediately gets strange looks when he starts asking about their neighborhood watch duties instead of gossiping with the guys. Both quickly try to course correct by pretending to be who they are not. Wanda tries to mimic the ladies at the meeting from the way they sip their tea to clapping at the “correct” time, and Vision starts to make jokes and chews gum, which negatively impacts his inner machinery. Because of this, both end up causing more harm than if they just acted like themselves to begin with.

Throughout the Bible, we are told that we are set apart from the world (John 15:19; Romans 12:2; 1 Peter 2:11-12) and because we are set apart, we won’t be able to fit in without sacrificing what sets us apart to begin with. “For what will it profit a man if he gains the whole world and forfeits his soul? Or what shall a man give in return for his soul?” (Matthew 16:26). We are to be imitators of Christ (Ephesians 5:1) and to be a shining light to those around us (Matthew 5:15-16). Likewise, Wanda and Vision are also set apart. They are different from those around them. They have extraordinary powers. They are superheroes. They are Avengers! 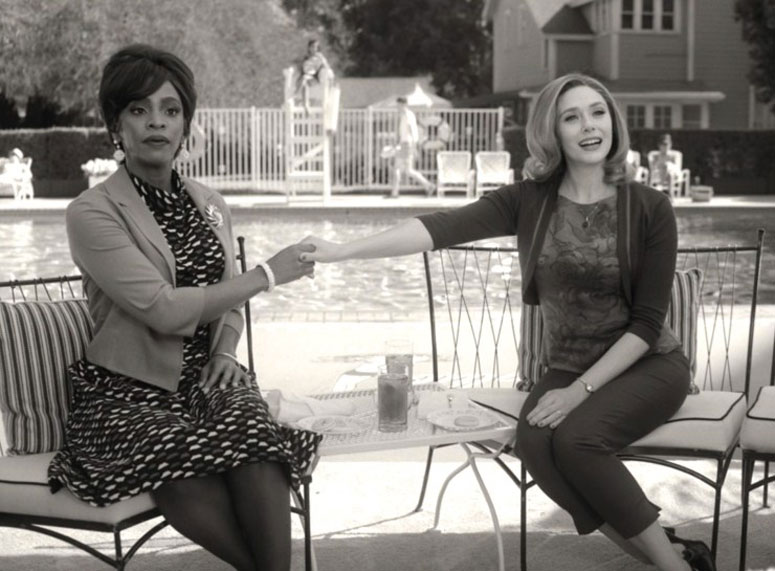 By trying to conform to this picturesque world, they are living in fear of who they are, potentially causing more harm to themselves and those around them. As the episode continues, there are small moments that show there is something bigger going on, from an in-color toy helicopter appearing in their black-and-white yard, to a mysterious radio broadcast reaching out to Wanda for help, and even a mysterious beekeeper climbing from a manhole cover in the middle of the night. The latter two resulted in both physical and mental harm: the radio incident which resulted in the character, Dottie, breaking from her sitcom personality and injuring her hand with a broken glass, bleeding in color, and Wanda “rewinding” time so that both her and Vision don’t have to confront the strangeness but pretend to live in blissful ignorance.

It will be interesting to see where the show goes from here on out, as it is clear by the end of the episode that Wanda will do whatever it takes to live a “normal” life in this fictionalized community. What will she sacrifice to achieve this life? How will it affect the people around her, including her husband? Well, I for one can’t wait to find out, and you can be sure that I won’t “turn that dial” anytime soon.