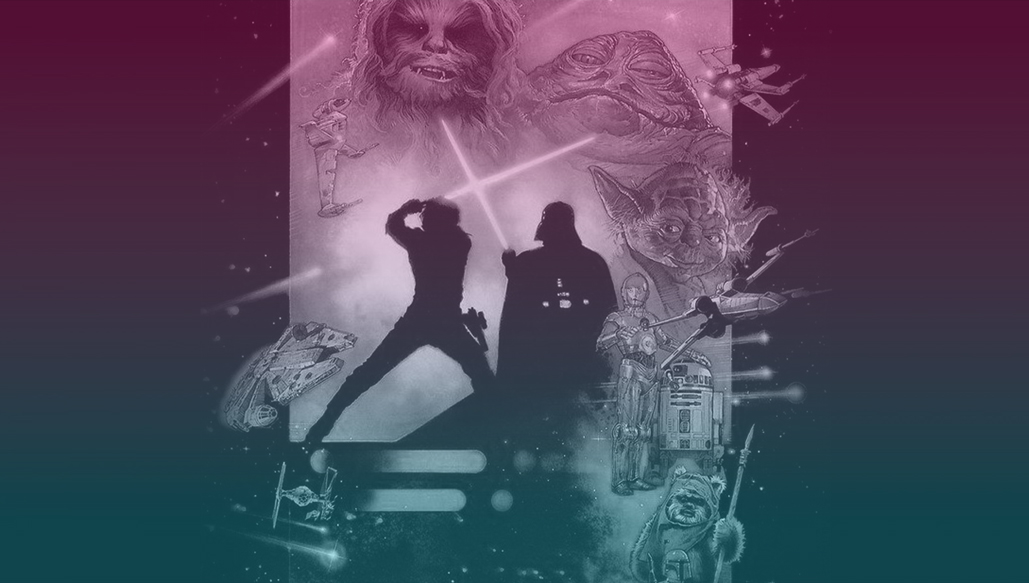 The universe was dark. Most thought the Rebels’ success taking out the first Death Star would be the end. Even though a new hope had risen, the Empire struck back with a vengeance, and Emperor Palpatine was constructing a more advanced version of the Death Star. Thankfully, there was still one with unwavering hope. 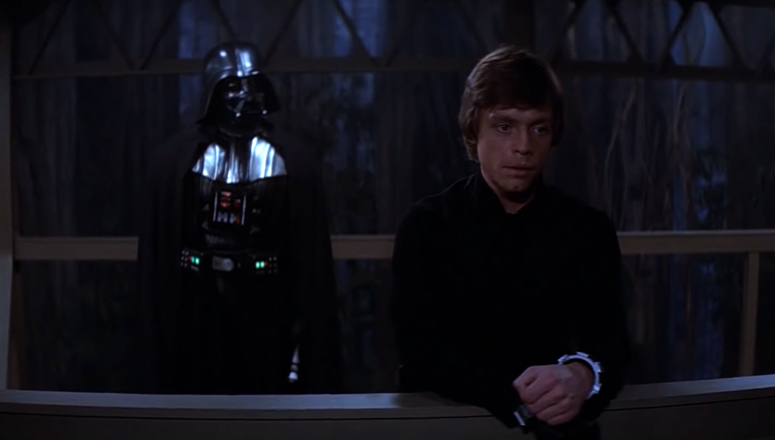 Return of the Jedi was my entrance into the Star Wars universe. I remember sitting in my living room intrigued by the battle on Jabba’s sail barge. I was especially captivated by the speeder bike chase scene on Endor. As a child, the Ewoks did not bother me in the least, and I did not even think about them as a marketing ploy. Above all, though, I was immediately drawn to the character and drive of Luke Skywalker: a guy who never gave up.

Director George Lucas has stated he is a fan of cyclical storytelling, and you can see that throughout the movie. We now know the Jedi who returns is Anakin, but at the time of release, most people assumed that the movie’s title was a reference to Luke. By all accounts, Darth Vader was believed to be fully lost to the Dark side of the Force.

Luke does not give up on anyone and sees the capability of good in everyone.

While the Rebel Alliance planned an attack on the Death Star II, Luke plotted his confrontation with his father, Vader. Yoda not only confirms this plot twist, but also tells Luke he must confront Vader to finish his training. With this validation, Luke willingly falls into a trap, gets himself captured, and is brought before Vader and the Emperor.

In his effort to lure Vader back to the Light side, Luke even turns his back on him and gives up his lightsaber, showing that he truly believes his father would not strike him down. We then see Vader struggle with the pull of the dark side. Luke seemed to know exactly what he was doing in his deeds and words, but he still mentally wrestles with his feelings of hope and faith. The Emperor is relentless in his efforts to turn Luke to the Dark side like he did his father and tempts Luke to give himself over to anger and kill Vader. This was made even more tempting when Vader said he could turn Leia, his sister, to the Dark side. 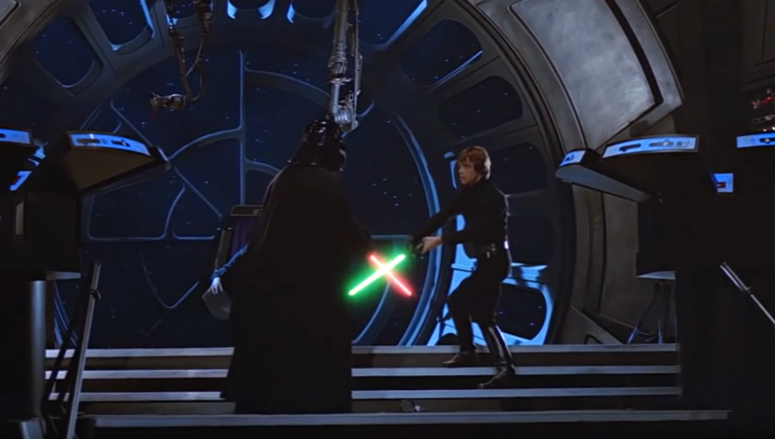 While Luke does attack Vader in saying that, there is a moment when Luke realizes what would happen if he were to continue down that path, and so he chooses not to kill his father. This leaves the Emperor enraged, and he begins to torture Luke with Force lightning. At the point of his son’s impending death, Vader returns to the Light side by rescuing Luke by throwing the Emperor down a reactor to his apparent death. Unfortunately, Vader is mortally wounded but dies as Anakin and a redeemed Jedi in Luke’s arms.

Return of the Jedi is filled with action and adventure, but the aspect that stands out to me above everything else is Luke’s attitude throughout the movie. He does not give up on anyone and sees the capability of good in everyone. We see this in his relationship with Han Solo, Lando Calrissian, and others, but it is most evident in his goal to rescue Vader. Even before he knew his entire backstory, Luke was filled with hope. In his quest, he certainly had his own struggles, and even got too close to the Dark side. But with perseverance, he prevailed and brought his father back just in time.

I think of how the Emperor’s incredible Dark side power appealed to Anakin just as the Light once did. I think of the others who had lost hope in Anakin’s return to the Light. But then, I think of Luke, who had just the right combination of wisdom and naivety to not give up.

Most people would have given up on Vader. Many even told him to do so, but Luke kept the faith, which was strengthened by the encouragement of wise mentors. Some might say that Luke chose his own way, as Obi-Wan says he should be ready to kill Vader. That could be true “from a certain point of view.” It does seem like Obi-Wan had given up hope, but I believe he also knew all along what Luke needed to hear this in order to keep down his own path. Yoda, who was intentional in his speech, did use the word “confront,” after all.

As Anakin’s story comes full circle in Return of the Jedi, I think back to him as a young Padawan, filled with excitement and a strong desire to be a Jedi. I think of his pull to the Dark side that eventually overtook him. I think of how the Emperor’s incredible Dark side power appealed to him just as the Light once did. I think of the others who had lost hope in Anakin’s return to the Light. But then, I think of Luke, who had just the right combination of wisdom and naivety to not give up. And as he confronted Vader, he saw how his father, a Jedi, could return. 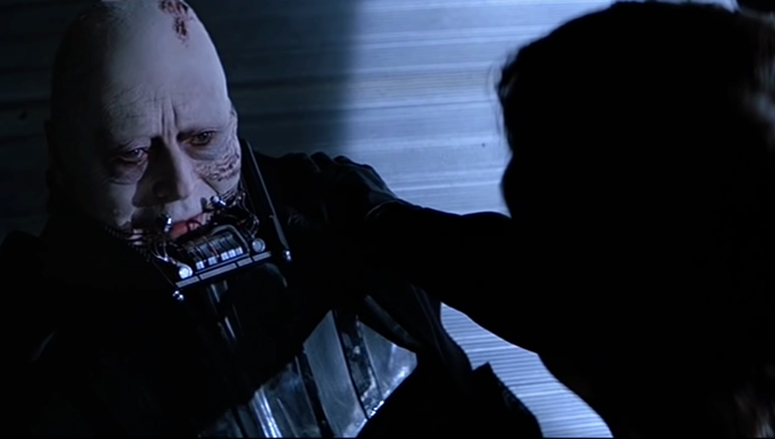 Given the current state of our world, there are many people who are ready to give up on others, believing that redemption is impossible. In fact, one could argue it has always been like this. Even in biblical times, people gave up on others. Jesus’ Apostles were not convinced in Saul’s redemption (Acts 9). In fact, the Apostles themselves were men that others overlooked. We even have examples like Abraham, Moses, and King David in the Old Testament. Nevertheless, Luke shows us to never give up hope. He truly believed that people can change. There will be times when we are also tempted to give up like others, but we need people to encourage us to keep believing.