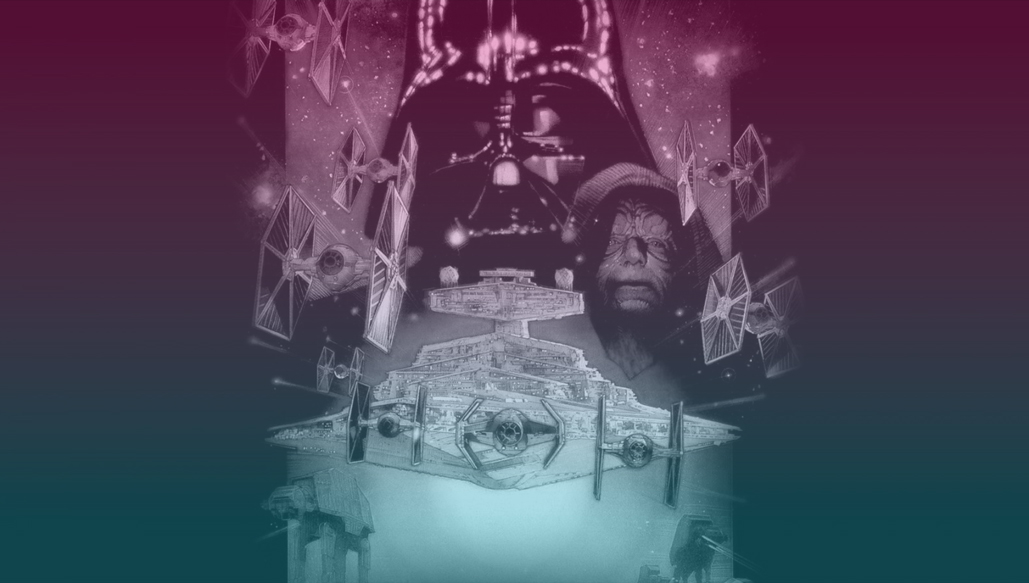 Although it’s widely considered the strongest episode in the Star Wars saga, The Empire Strikes Back wasn’t universally beloved by critics in 1980. A reviewer in The New York Times said that watching The Empire Strikes Back “is a lot like reading the middle of a comic book.” He did not mean this as a compliment and elaborated  further: “It has no beginning or end, being simply another chapter in a serial that appears to be continuing not onward and upward but sideways.”

Star Wars’ fantastic setting and mythic characters are the means by which we’re able to see that what’s true in a distant galaxy is just as true closer to home.

Yet, the film’s “middleness” is the source of its mysterious power, greatly elevating the lighthearted adventure of A New Hope and making possible the bright reversal of redemption in Return of the Jedi. I don’t think it’s too much to say that The Empire Strikes Back is the center of gravity for not only the original trilogy, but also the entire Skywalker saga.

Despite its dark moments, this film is actually the bright center of the Star Wars universe. Still, it remains the slower, second movement in a symphonic drama rife with tragedy. The tone is right there in the subtitle! The darkness persists in spite of the victories of A New Hope; the middle of a story is not a comfortable—nor comforting—place to be. 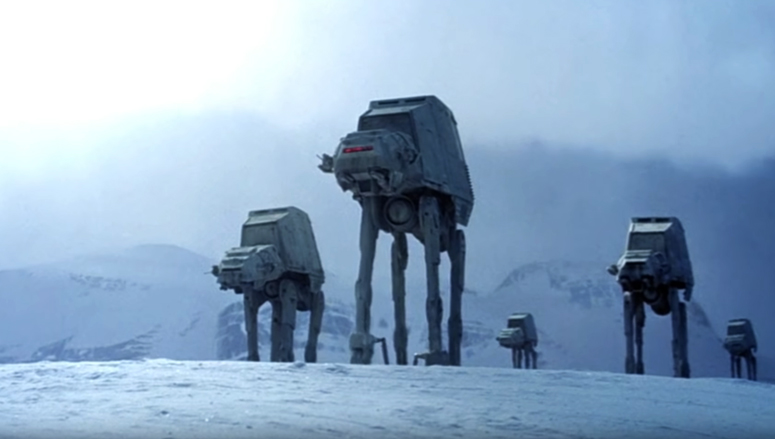 It doesn’t take Expanded Universe lore to guess what happens after the destruction of the first Death Star. The Empire’s pride is wounded but their grip on the galaxy remains tight, and the heroes of the Rebellion are squeezed. The story begins and ends in defeat. From the destruction of Echo Base, to Luke’s inability to master the Force, and the past finally catching up with Han Solo. These defeats are relatable misadventures despite being far, far removed from our experience because everyone is acquainted with failure. They are typical signs of middleness.

What’s a space fairy tale for if not to take us across the stars in order to bring us home? Star Wars’ fantastic setting and mythic characters are the means by which we’re able to see that what’s true in a distant galaxy is just as true closer to home.

The family drama of longing, love, and loss complicates the tidy hero-from-nowhere story; it takes a galactic struggle and collapses it down into a single family with a frightening specificity.

Of course, all of this is easily explained away in hindsight—it’s just the setup for the inevitable victory of brave rebels over an evil Empire! But that’s not how it feels in the middle of the story. The middle is thick and, like the present, it’s all we have. We are, moment by moment, perpetually in the middle of things. Like Luke, we struggle to learn from the muddles of past experience and personal history. Opportunities end in failure and responsibilities compete endlessly for our moments, and yet we must choose and live with whatever fallout may come.

The Empire Strikes Back is life lived in between “Once upon a time” and whatever end awaits us.

Our Rebels win no victories here. They struggle and they survive, yes, but their only triumph is to continue, and they must do so changed by their personal battles. Luke—orphan, hero, and vehicle for all our hopes—risks and suffers most. If The Empire Strikes Back is iconic, it’s owing to the plot twist in Darth Vader’s cutting revelation to Luke: “No, I am your father.” 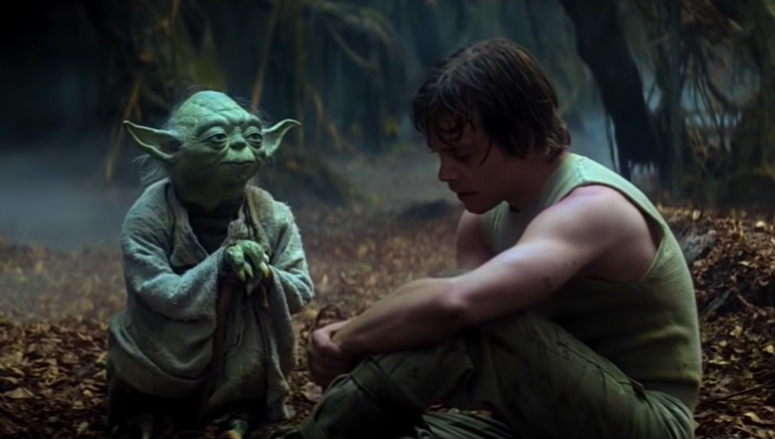 Luke is maimed in body and soul after his direct encounter with Vader. Between his naive moisture-farmer idealism on Tatooine and his reckoning in the Imperial Throne Room, Luke is confronted by his deepest fear and desire: his name. Who is Luke Skywalker, if his father is Darth Vader? Can a Skywalker still live beneath the mask of hate and hurt Vader wears? The Empire Strikes Back leaves Luke, and us, in the dark.

The Star Wars galaxy is a sandbox now, full of exciting locales and locals with potentially endless stories for our joy and enjoyment. Still, the Skywalker saga is the force that brings us back again and again. The family drama of longing, love, and loss complicates the tidy hero-from-nowhere story; it takes a galactic struggle and collapses it down into a single family with a frightening specificity. 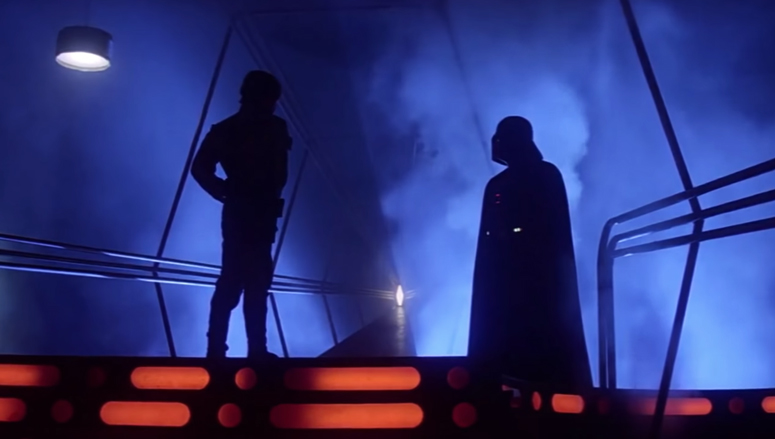 The prequels exist to offer context for the meeting of the chosen father and son, and the Disney sequels will be judged by how they ultimately handle the Skywalker legacy in its growing complexity. Whatever revelations or reversals wait for us in The Rise of Skywalker, they’ll have their source in the hopeful tragedy—that lived-in middleness—of The Empire Strikes Back.