Tears rolled down my cheek as the opening act of this new, spectacular story played before my eyes. My husband and I had swiftly purchased opening night tickets for Marvel’s Shang-Chi and the Legend of the Ten Rings (for all our sakes, I’m going to shorten the title to Shang-Chi) the moment they were available. Like other Marvel nerds, we’ve often felt strong feelings of anticipation and excitement as new Marvel movies would release to theaters, or more recently, as Marvel shows release to Disney+. Though these eager sensations were not by any means new to me, I felt a unique sense of expectancy as I awaited watching Shang-Chi in theaters. Though I could list a myriad of reasons why this was the case, the one thing that truly set the excitement surrounding this movie from my excitement for other movies was the sheer fact that this new marvel hero, as well as most of the story’s entire cast, looked like me. Being of Asian heritage, I have rarely experienced identifying this deeply with characters of a movie, let alone a Marvel movie.

Shang-Chi was so acclaimed and celebrated by most anyone who has watched the film. From the casting, to the story, to the martial arts, to the character development, and every masterfully crafted element in between, it’s no wonder this new phase 4 Marvel piece is moving up the ranks of nerds’ internal favorite MCU movie lists. I could spend so much time walking through so many elements of this film. However, there is one theme in particular worth unpacking here.

Seared into my mind is the chilling scene where Wenwu—discoverer of the Ten Rings and Shang-Chi’s father—takes Shang-Chi to a private room where the associates of Jiang Li’s* murderer are assembled. This young boy watches his father murder these men with the power of the Ten Rings. Wenwu then turns to his son and explains to him that a blood debt must be paid by blood. It is this rationale that, for a time, convinces Shang-Chi to accept his father’s legacy and trains to avenge his mother’s death. Wenwu’s decision to wear the rings once more to avenge his wife changes his family’s lives forever.

While Wenwu may have been blinded to it, this thread of the blood debt is woven into the entire fabric of his and his family’s lives. When he tells his son, “A blood debt must be paid by blood,” what Wenwu failed to realize was that it was not his family’s or the Ten Rings’ mission to pay back this blood debt by spilling the blood of Jiang Li’s murderer. Wenwu himself was paying this blood debt with his own blood as a result of all the blood he had spilled as the ancient leader of the Ten Rings up until the point when he fell in love with Jiang Li. It is important to note that this debt was not only being paid by Wenwu but by Wenwu’s blood—his own blood as well as his wife’s and his children’s. We see this most concretely and noticeably in the death of his wife, Jiang Li. However, the consequences of his actions also affect his children, Shang-Chi and Xialing. Shang-Chi becomes a murderer himself, and it takes the course of the whole movie for him to come to terms with his shame and guilt. As a result of Shang-Chi leaving her and her father’s neglect, Xialing seeks approval and community apart from her family, and by the end of the film, we do not see a resolution in her mind and heart towards her father.

Our desire to seek outside ourselves for encouragement and hope and love, as well as our attempts at practicing encouragement, hope, and love can affect more people than you know or can control.

While it may be easier for culturally individualistic viewers to digest the concept of one person reaping the consequences of their own actions, it may be a bit more difficult to reconcile the idea of one person’s actions affecting the community around them. However, the reality is that our actions affect others around us positively and negatively, whether we will them to or not. There are many cultures, including Asian ones depicted in this film, that acknowledge this reality. Even though Wenwu’s desire to put his past behind him and pursue a life with his beloved Jiang Li was true and pure, the greater reality was that this desire would not stop these consequences from his previous actions. Wenwu’s downfall was failing to see that the debt of his own actions was being paid by his own life and the lives of his family.

We not only see this failure to acknowledge in Wenwu. Shang-Chi also falls prey to this trap at first. After running away, he desired to be good while ignoring his entire past. He never let Katy know about that dark side of himself. It was not until they were in Ta Lo that he finally saw that he would never truly find reconciliation or peace unless he reached outside himself for help. Once he does, we see both Katy, his best friend, and Jiang Nan, his aunt, guide Shang-Chi to heal from his shame by harmonizing the essence of his father and his mother that dwell within him. They did not ignore the consequences of his or his family’s actions, but instead, they encouraged him to grow because of those consequences, both positive and negative. It was this communal effort that allowed Shang-Chi to become the hero that we see beautifully shine at the end of the story. 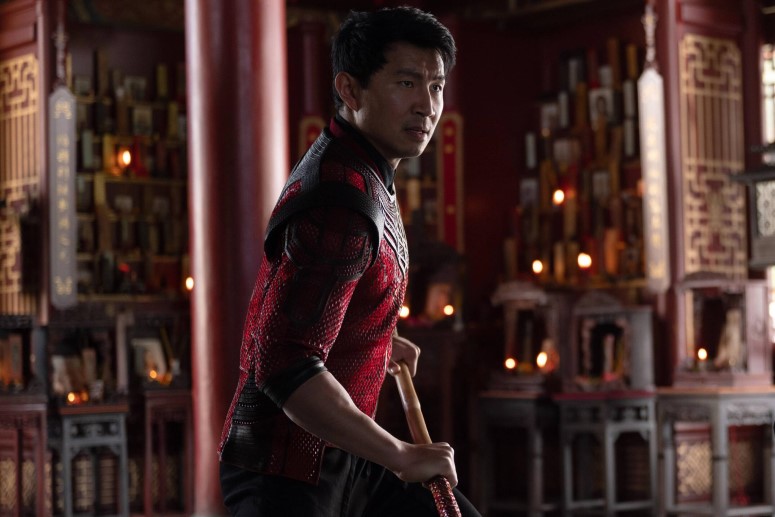 So while the thought of our shortcomings, mistakes, and wrongdoing uncontrollably affecting those around us may be a sobering concept, the converse is also true. Our desire to seek outside ourselves for encouragement and hope and love, as well as our attempts at practicing encouragement, hope, and love can affect more people than you know or can control. This is the reality and the beauty of living in community.

*Editor’s Note: Some sources spell her name Ying Li, and Asia got some merch that spelled her name Jiang Li. Yay for multiple spellings of the same character’s name >.<