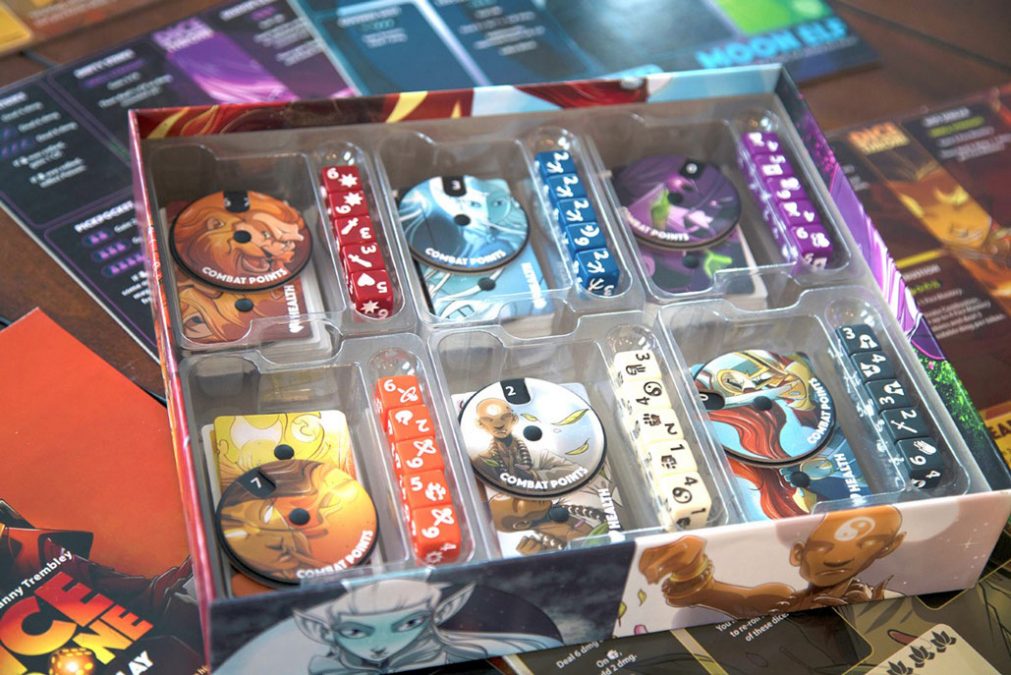 Playing games has always been my favorite pasttime. For the most part, though, that enjoyment would be alone. When I buy new games to add to my collection, I’m only thinking about myself. Did I enjoy playing the game? Was it overly difficult for me? Could I play it again? Only recently, as I have transitioned off-screen to tabletop gaming, have I realized that playing games is more about the people I play with than it is about the game itself. Tabletop gaming allows me to interact with others in a fun, safe way—I have needed to let go of some of my expectations and instead enjoy playing games with friends. The game that finally helped me see the light was Nate Chatellier and Manny Trembley’s Dice Throne.

When interacting with people, nothing is certain.Dice Throne pits 2–6 champions against each other in a battle for the throne! Each champion has a unique set of five dice that players roll to activate certain abilities that allow them to attack or defend. Some abilities require four of a particular symbol. Some require a small straight. In this part of the game, players normally have three rolls, saving dice in between each roll to activate an ability. While the dice rolling component might remind you of Yahtzee, Dice Throne uses resource management to differentiate it from the Hasbro game. Players must manage their combat points, so they can upgrade abilities, remove debuffs, change a die’s roll, or a variety of other actions. A player or a team of players wins when the opponent’s health reaches zero. 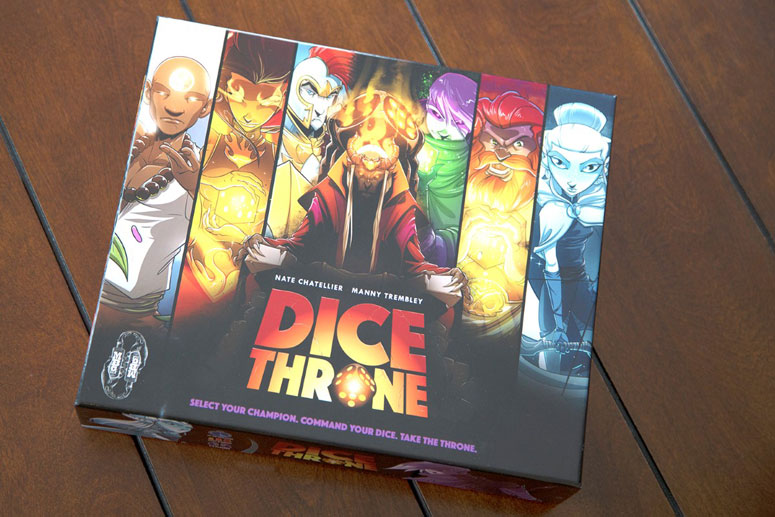 I first played Dice Throne at PAX Unplugged 2017 while working at the Gamechurch booth, and I was immediately struck by the moving pieces that made each play-through unique, which is what I like to see in the games I play. There are enough game modes, between free-for-all or team battles, that each game feels fresh. Dice Throne highlights, in its use of various champions, how we each have areas where we shine. For me, I pick up somewhat complicated games quickly. However, each time I’ve brought Dice Throne to the table since coming home from PAXU, I’ve spent more time explaining the game than I anticipated. Everyone learns differently and at different speeds.

This confrontation with others though is what has shaken me most since I started playing more tabletop games. With video games I can sink into a mental space where only I exist; tabletop games like Dice Throne force me into a physical space occupied by other people. At the table, I cannot sink into my mental space and control every aspect of the game from the comfort of my chair. Others share responsibility in my gameplay. If I’m playing one-on-one, a distracted player can drag a 20-minute game into 30 or 40 minutes. Playing with teams requires whispered strategy discussions where players show each other their cards and potentially ask one team member to sacrifice combat points in order to help another player.

In this way, I am letting go of my control in order to “roll the dice” at building relationships with other players. I think about the people I worked with at PAXU and the times we spent playing Dice Throne together. The conversations about strategy laid a foundation for other conversations that built relationships over the course of the expo. I just had to check my desire for control at the door, letting go of what I wanted and accepting what came my way. 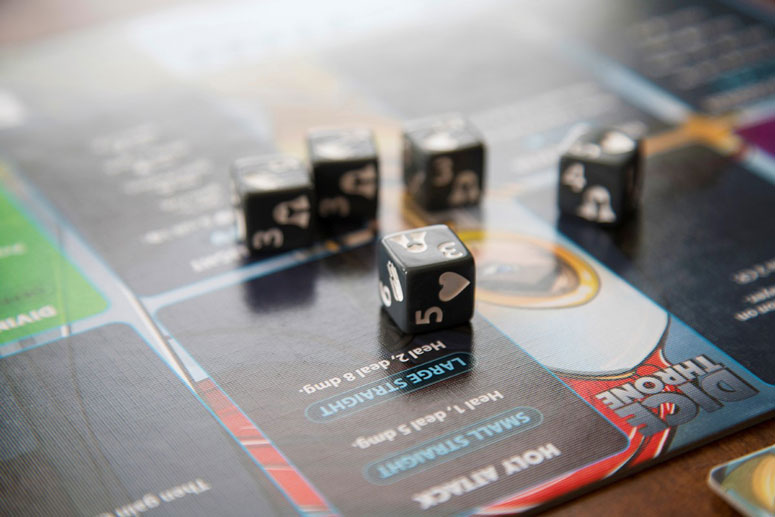 Expectations, like my own when I brought the game home, must adjust depending on the situation. Dice Throne highlights these changing circumstances with its seemingly endless combinations of champions and game modes. Any game of Dice Throne is not going to go how you expect. This unexpectedness reflects the experience of coming to the table. When interacting with people, nothing is certain. When playing Dice Throne, nothing is certain. That lack of certainty is challenging and can be overwhelming for some, but I think it’s something we all need to interface with from time to time. We can so often delude ourselves into thinking that we have everything planned out and under control, but life often disagrees.

I know that my initial thought concerning Dice Throne and explaining it to others was that I had it under control. Experience has taught me differently. Every time I play the game, I learn that I cannot truly control anything: from how quickly others will pick up the game to whether or not my team will win. This lesson has been invaluable, and I encourage each of you to simply pick up a board game, learn it, and teach it others. It can be Dice Throne, but it doesn’t have to be. Any time we play at the table with others, we sacrifice some control for the chance to build relationships over a game, and that’s a trade off worth making.

Dice Throne gives players just the right amount of uncertainty by balancing risk, luck, and reward in a surprisingly deep yet easy to learn dice combat game. While there is a free-for-all mode, the game shines most brightly when played in teams as teammates cheer each other on and commiserate when the opposing team strikes a punishing blow. 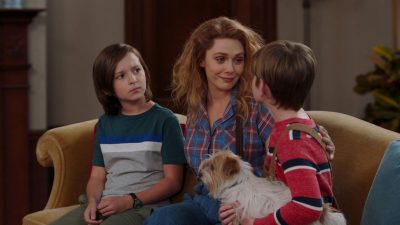 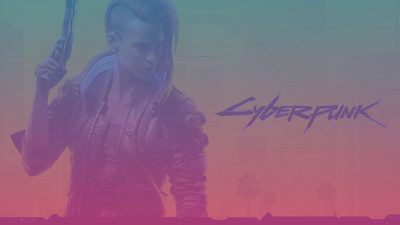 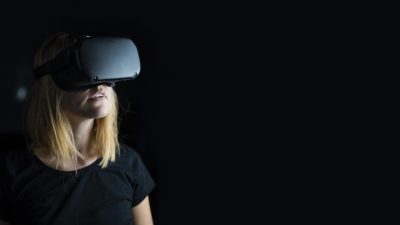 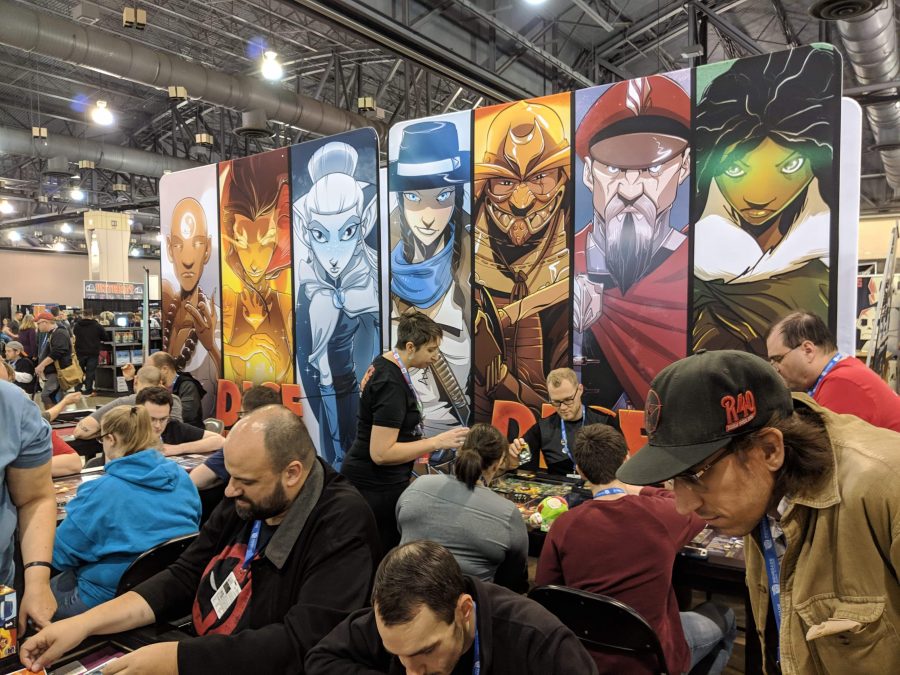 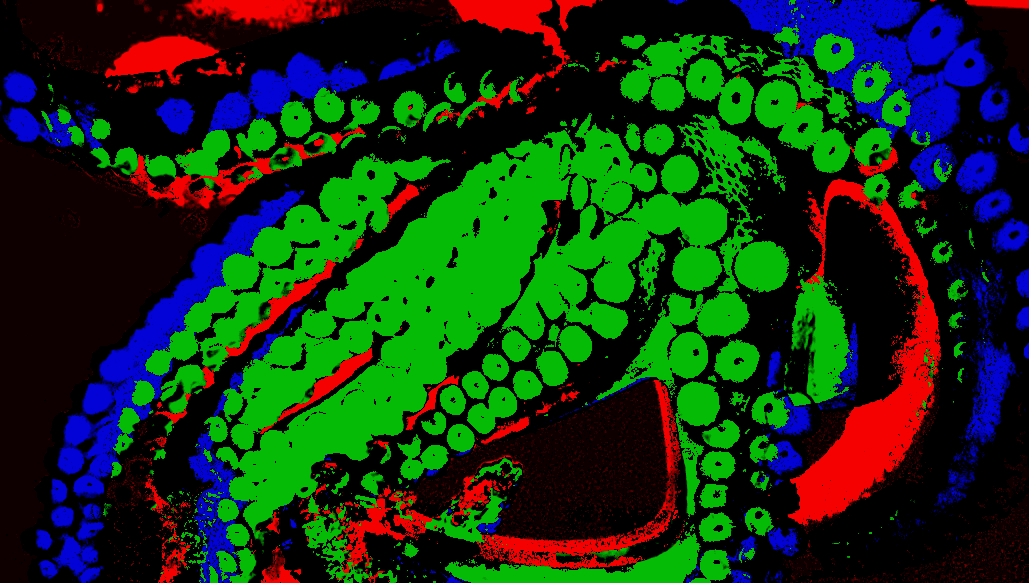 Can You be a Christian and Love Cosmic Horror? 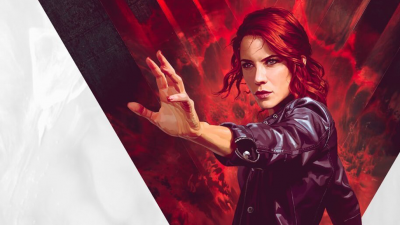 Control Is an Encouraging Love Letter To Gamers 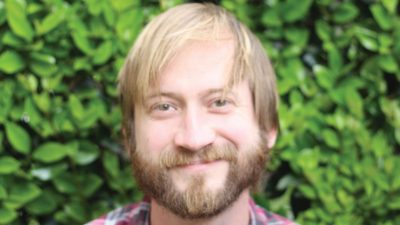 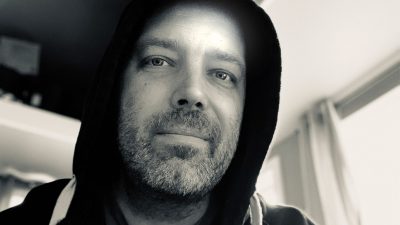 Humans of Gaming
Humans of Gaming
Manny Tremblay of hit board game Dice Throne, talks frankly about everything from making children's dishes, working for Cyan, and isoloationst religion.