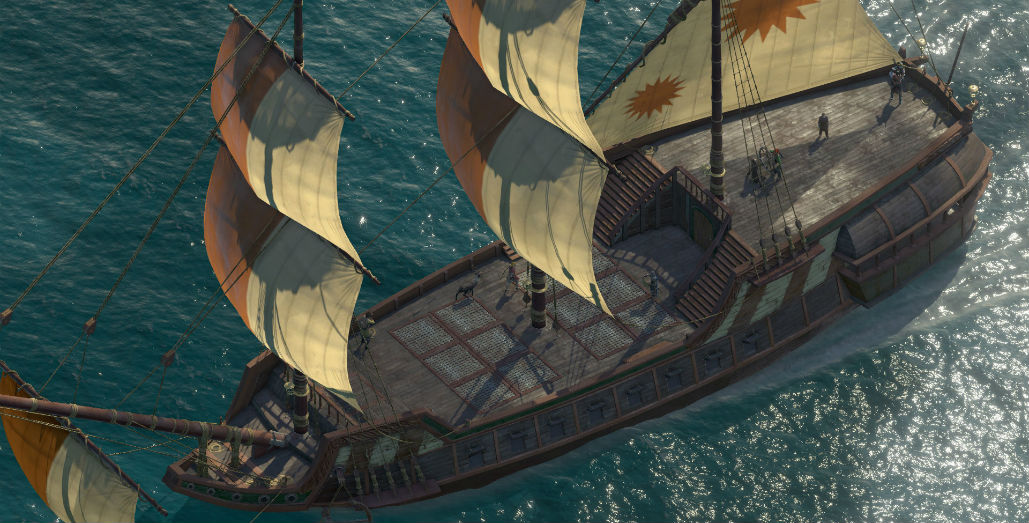 You are enslaved by a god in order to hunt a rival god, while the rest of the gods try to decide how to handle the rogue god Eothas. That’s the setting you find yourself in as you begin your journey through Pillars of Eternity II: Deadfire. As the god of light and rebirth who was thought to be vanquished at the end of the first Pillars of Eternity game, the irony of Eothas’s violent awakening and subsequent wake of destruction sets the tone for your interactions with the gods throughout the game. They position for power and the furtherance of their own, often selfish, agenda—and you, The environments and the adventures found in Deadfire are compelling in and of themselves but the nuanced moral decisions the game presents players with set it apart from other similar RPGs.the Watcher, are caught in the middle. Initially your goal is to piece together the reasons behind Eothas’s path of destruction, which included your castle, your land, and countless souls ripped from their bodies across the landscape. Your own soul, only partially lost, narrowly escaped the fate of so many others. To be clear, this “middle” takes on many different forms throughout the game, but most frequently it’s a moral middle that Deadfire uses to bring about emotion, thought, and gut-wrenching decision-making into the player’s path. That middle is where the beauty of this game truly lies. 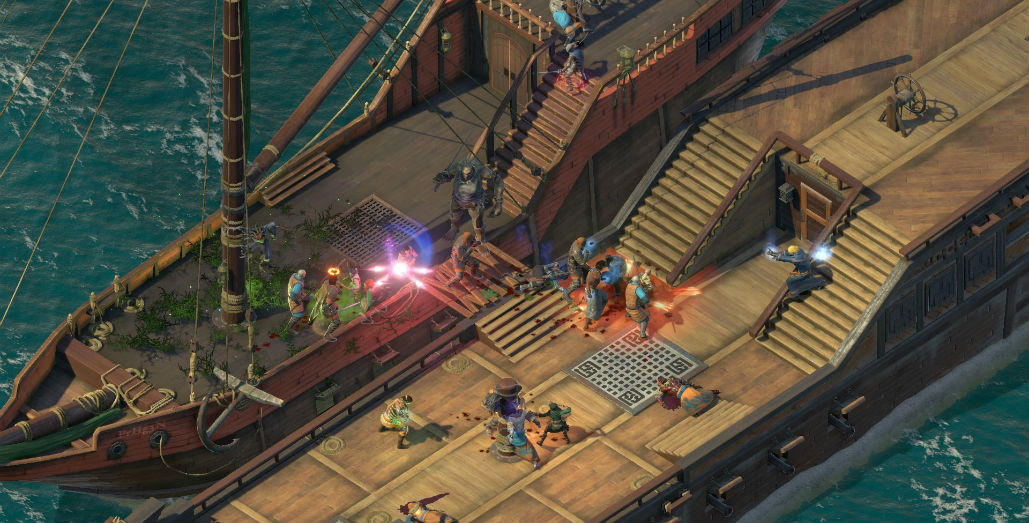 That’s not to take away from the visual beauty of this game. The landscape is diverse and stunning. I was repeatedly drawn into the environment to explore and see what every corner had to offer. It’s a perfect complement to the storytelling that guides you throughout the expansive Deadfire Archipelago. When I boarded my ship for the first time and pressed the shortcut key to bring up the map, I was taken aback seeing my tiny ship next to the harbor of the game’s first major city as tiny dots on the full map shrouded by fog. It was overwhelming in all the best ways. I even called my twelve-year-old son over to gawk at the sheer amount of unexplored area, to which he was mildly impressed. (I clearly have some work to do in the RPG education department.)

The world’s setting as an archipelago naturally lends itself to getting in and out of a ship. A lot. Which, in turn naturally lends itself to many confrontations with pirates. On the outset this seems like a good idea, but I found it to be distracting, when all I wanted to do was dive more deeply into the storyline and the relationships my character was building. This brings us back to that “middle” area I mentioned before. The game places you in the middle of multiple conflicts: the power jockeying of the gods, the battles between pirates and trading companies, and even in the middle of your own desires to follow the gods or make decisions for your own good. I’ve never played a game where my own moral choices weighed so heavily on the world around me.

It was both refreshing and daunting to consider the chains of events that could be disrupted in the future of the game based on a conversation path with one of the many NPCs.

It was both refreshing and daunting to consider the chains of events that could be disrupted in the future of the game based on a conversation path with one of the many NPCs. I will probably never know the conversations or quests that became unavailable because of a decision I made early on in the game. Deadfire brilliantly employs a reputation-based system where party members listen to and react to every conversation and action you take. These reactions also extend outside of your traveling companions, even to the shipmates you hire to operate your ship while traveling. If you have a conversation on-deck with your traveling companions, they will often give comments based on your decisions. This system is so deep that I often found myself pondering which decisions would bring a positive reaction from the characters I respected most. I was drawn to make decisions that would benefit them while acting uncaringly towards characters I didn’t like, even at times choosing purposefully to hurt them, their business, or their agenda in some way.

Things get especially complicated when right and wrong aren’t always clearly distinguishable. Here again is one of those beautiful middle places that Pillars of Eternity: Deadfire loves so much. There are many times when doing something to help a person in need also means helping whoever you deem to be the “bad guys” or a faction within the game whose overall agenda is immoral. So, there you are, juggling relationships and decisions that really matter throughout this epic journey. It’s a stark contrast to the reality of our world, where so many use their words and actions without thought for how people’s lives are impacted. 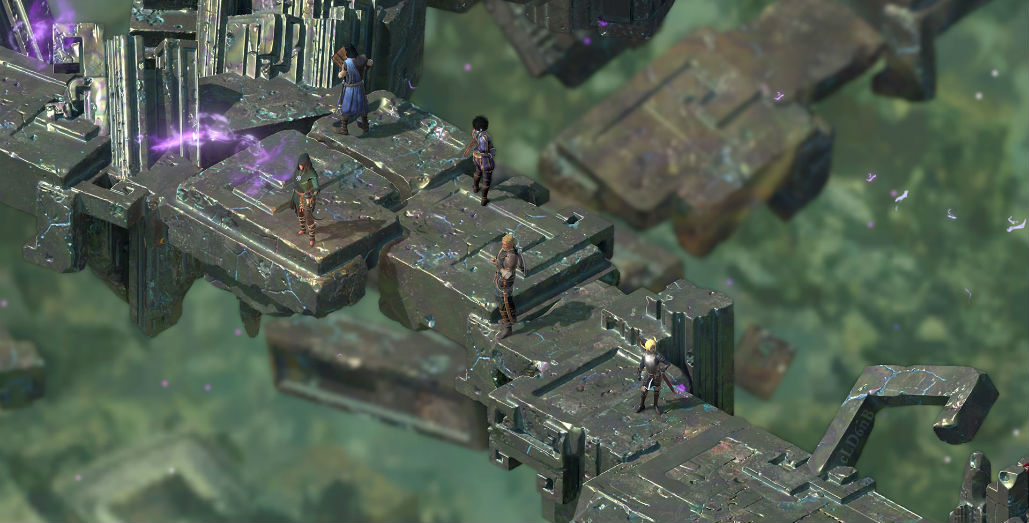 Playing Deadfire, while hunting a god, I was pushed to consider how in real life and my own pursuit of God I treat people who I may disagree with in agenda or action. Are my actions consistent with my faith, or given the opportunity and a magic missile, would my life outside of the game mirror some of the choices I made within it? The reality is that I (and you) can make a difference, and our words and actions do have ripples that impact the people around us now and into the future. I will be completing my play-through of Pillars of Eternity: Deadfire, and I anticipate there will be many memorable moments along the way as I explore and interact in the wonderful world the people at Obsidian have created. What’s more, this game has challenged me to think more about the actions and conversations of my real life journey and to be more intentional making sure that the ripples they create are ones of kindness, love, and truth.

Pillars of Eternity 2: Deadfire provides players with a vast and beautiful world filled with of gut-wrenching decisions and compelling combat encounters. The environments and the adventures found in Deadfire are compelling in and of themselves but the nuanced moral decisions the game presents players with set it apart from other similar RPGs.

Ben Trueblood
@bentrueblood
Ben Trueblood serves as the Director of Student Ministry for LifeWay Christian Resources and has 18 years of student ministry experience. In addition to his role at LifeWay, Ben is involved in training, consulting, and speaking to student ministries throughout the U.S. Ben and his wife Kristen have four children. In his free time Ben enjoys family, the outdoors, is a huge St. Louis Cardinals fan and is an affiliate streamer on Twitch under the name Flashbang_CSN. 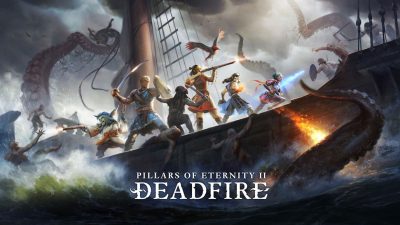 Humans of Gaming
Humans of Gaming
Carrie Patel of Pillars of Eternity 2 speaks about narrative design and growing up Southern Baptist and her views on performative religion.