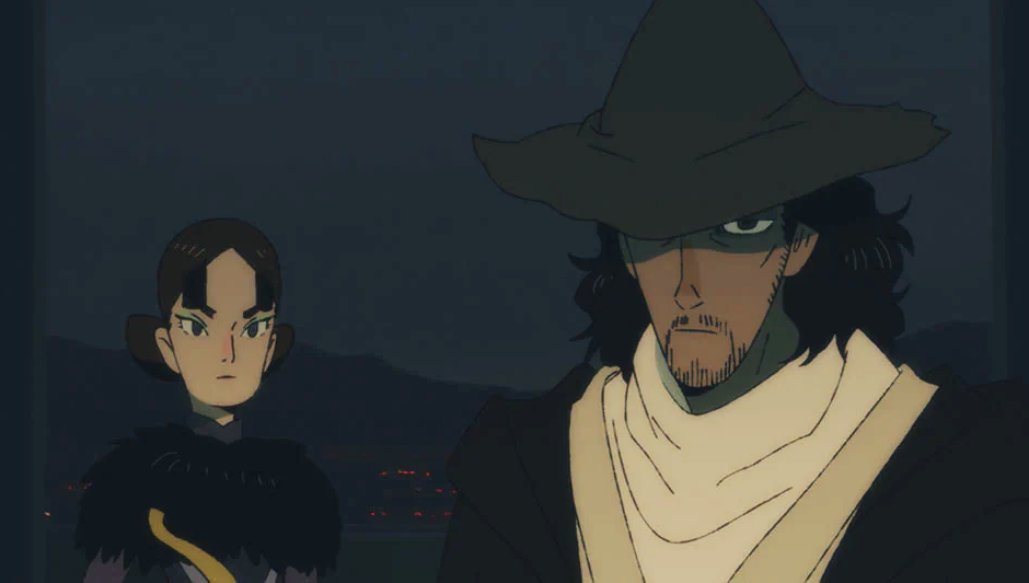 I find it can be easy to dismiss stories that don’t end happily. What was the point of all the struggling and striving if the hero is just going to fail in the end, right? I have to be in a certain kind of mood to take in these kinds of stories, otherwise I run the risk of walking away in a melancholy, dark state. As easy as it is to just dismiss them, unhappy stories are just as important as the ones that end happily because both have much to tell us. “Akakiri” is one of those sad yet crucial stories.

Jedi Tsubaki wishes to stop a frightening vision from coming true, so he returns to a planet he once visited and reconnects with princess Misa. He offers his services readily to take down her Sith aunt Masago, and they make a secret journey back to the palace she was exiled from. The pensive journey is only broken by the annoyance Tsubaki feels for their two guides, who lead them around the various checkpoints. It is not a lighthearted journey where the characters mature and grow closer to each other, but one that is purely practical. They journey together for a specific purpose and separate once finished with it. The guides themselves take off as soon as they complete their task, leaving only Misa and Tsubaki together.

We see this sort of thing happen so often in reality, where a loved one (or maybe even ourselves) accepts a “devil’s bargain.” The fallout of that can be so disheartening, seeing the manipulation of another’s pain, and to know that it will only continue.

While never explicitly stated in the episode, Misa and Tsubaki have a romantic history. The brief peek we see of them five years in the past reveals an idealistic princess and a hopeful Jedi. There is no confession of love, no kiss, but we can see that there is care between the two of them. Even with the Jedi’s prerogative to fight Sith, there was nothing compelling Tsubaki to travel together with Misa, to do anything other than his duty. Even as he was struggling to interpret his vision to prevent it from occurring, his love for Misa was also important. Ultimately, though, the latter causes him to turn to the dark side because Masago manipulated Tsubaki into fulfilling his vision by accidentally killing Misa amid a group of enemies.

We are easily manipulated when we are at our lowest point. When we cannot see any way out of a situation, we can be desperate for any way out, any hint of escape. We will take any outstretched hand or glimpse of help we can get, without considering if that aid is actually something beneficial to us. Tsubaki accepts Masago’s help to resurrect Misa at the cost of falling to the Dark side, which is a parallel to Anakin’s journey to becoming Darth Vader in Revenge of the Sith. Both characters accept help from very dark places for the sake of escaping a terrible situation. We see this sort of thing happen so often in reality, where a loved one (or maybe even ourselves) accepts a “devil’s bargain.” The fallout of that can be so disheartening, seeing the manipulation of another’s pain, and to know that it will only continue. 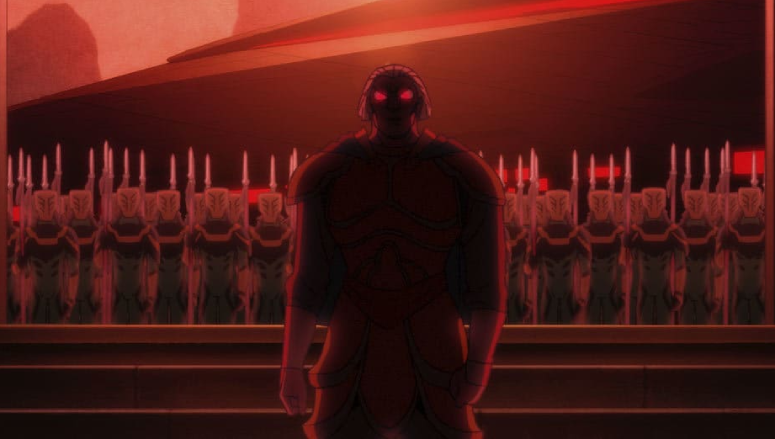 “Akakiri” ends on a very bleak note with Misa watching helplessly as Tsubaki leaves to go subjugate the galaxy as a Sith apprentice. As I watched the credits roll, I could not help but think of one of the times where I felt utterly helpless. When I was a sixteen-year-old struggling with loneliness, anxiety, and anger, I believed there was no one I could turn to, and that there was no end in sight for the darkness I was feeling. I was in a place where someone could have swooped in with an “answer,” but in my crying out, I was blessed that God answered and brought peace with nothing for me to pay in return. He stepped in to be my salvation, my strength, and my song (Is. 12:2), and I no longer needed to fear the dark.

Darth Vader did not stay fallen forever, but found redemption himself many years later. Although we don’t get to see it in Star Wars: Visions, I’d like to believe there is a hope for Tsubaki as well to return to the light and realize that the dark’s promises will always leave us empty.