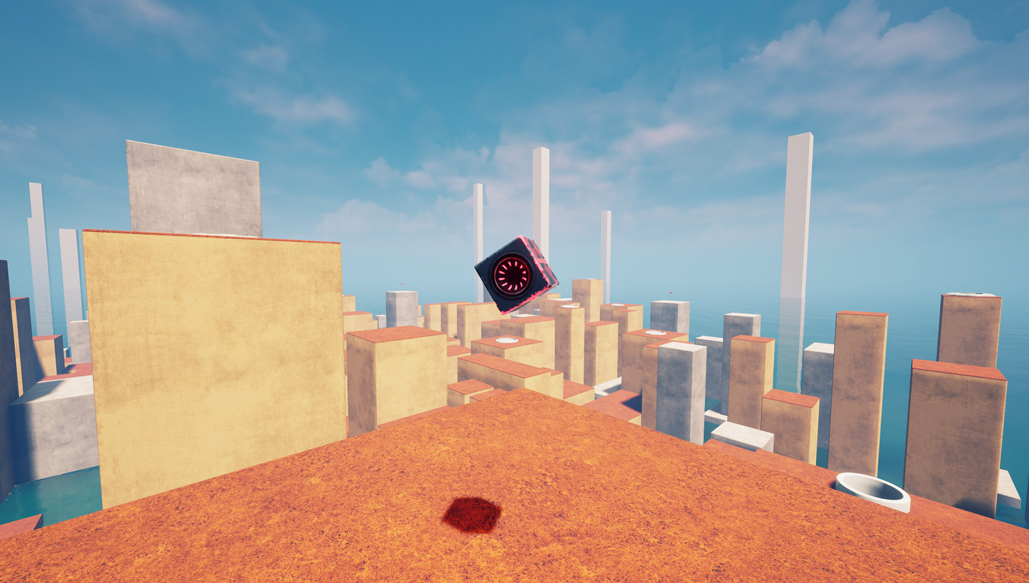 Refunct Wants to be Your Friend

Video games are only getting bigger and deeper. Complex, branching narratives, layered systems and mechanics, sprawling, detailed worlds begging to be explored—these are becoming the rule rather than the exception to meet consumers’ ever-increasing standards. Even still, I’ve begun longing for simpler, more relaxing experiences as time goes by. Escapism shouldn’t always be so involved because I not only want to escape from myself, but also my fantasies. I’m talking about experiencing games with fewer frills or learning curves that are more about play. I like to think of them as games that are breaks from games—games like Refunct.

I was instantly relieved as my eyes fell upon the title’s neutral landscape. Orderly, rectangular platforms amidst a tranquil sea surrounded by distant towers and pretty skies. There’s no preamble or introduction. All I had to do was jump on pressure plates to spawn other platforms for the sake of it, and so I fell into Refunct’s inviting, laid-back world. It’s made even easier with a calming electronic score and intuitive controls. For a game with only three buttons, being able to smoothly and intuitively wall-jump, slide, and clamber is a feat in minimalist game design.

Developers rightly assume players don’t want to be prompted to think about their day, problems, and dreams. On the other hand, Refunct’s achievement system was genuinely concerned about my well being.

I could also get these cubes in areas that required a bit more parkour expertise, so I latched onto acquiring every one I saw. No side quests to complete with my clan; no combos or strategies to master; no big decisions to make for my character. Just land on the plates and collect the cubes. I was wholly immersed in the unadulterated core of Refunct.

Then it started talking to me.

I was amused by this title for an achievement that popped up in the corner of my monitor. As I collected a few more cubes, the game had more to say.

I’d come to Refunct to detach. I didn’t want to worry about living up to my tank role in Overwatch or obsess over the creation and path of my Argonian knight in Skyrim’s Imperial Legion. Even when games like these centralize personal choices and customization, they’re impersonal toward the player. After all, developers rightly assume players don’t want to be prompted to think about their day, problems, and dreams. On the other hand, Refunct’s achievement system was genuinely concerned about my well being. 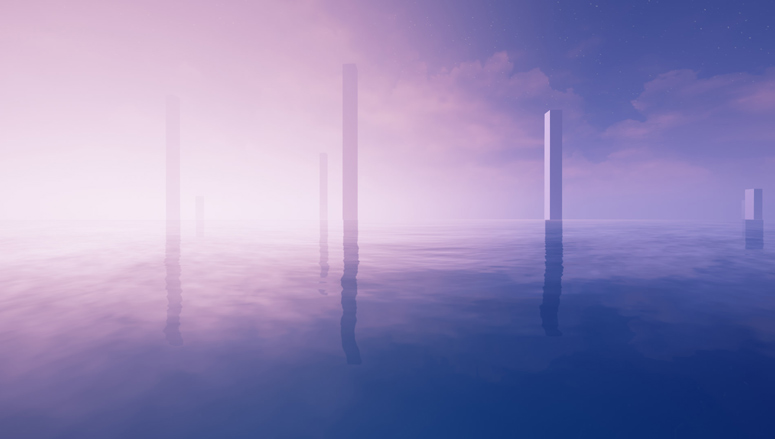 “What makes you smile?”

The more these questions came up, the more introspective I became. I started thinking about how I  felt that day. I rolled around answers in my head about the truths and passions that give me purpose. I began dwelling on friends and family. Refunct’s simple, clean setting and design was left empty so I could think freely; it was meant to disarm any and all of my defenses so I could reflect.

The nature of the questions are intentional as well. We hear people ask us, “How are you?” and “What do you do?” so often, but they largely come from places of no concern. I’m guilty of these cliched niceties, too, but I’ve found that when they spring from genuine care, they can blossom into personal, beautiful questions we give serious consideration to. They can touch our souls and help us remember…

I can’t help but dwell on Jesus’ ministry. He met with individuals on their level as a people person, utterly divorced from caring about his social status when he was among prostitute and tax collectors. He singled out the downtrodden (John 5:1-9) and scorned (John 4:7-30), but he did so because he loved people and desired the best for them.

Refunct’s simple, clean setting and design was left empty so I could think freely; it was meant to disarm any and all of my defenses so I could reflect.

I have a handful of friends who reach out to me in the crowds of people that surround them to ask how I’m doing, and only with them do I smile when I hear or read those common expressions like that. They mean them.

Refunct is like a kindly stranger. It bid me to come and sit down so it could invest in the story of me while I, in turn, literally explored its own heart.  Near the game’s end, the perspective zooms out to show that the land I restored is in the shape of a heart accompanied with the message, “Thank you!” as if it were honored that I had not only taken the time to invest in it, but also that I’d had a silent conversation with it in my head—no, that I’d had a unique, asynchronous discussion with the game’s developer, Dominique Grieshofer, that he wanted to have with players.

“Can we be friends?” Refunct…Dominique…asked before I closed the game.

I paused for a moment and chuckled.