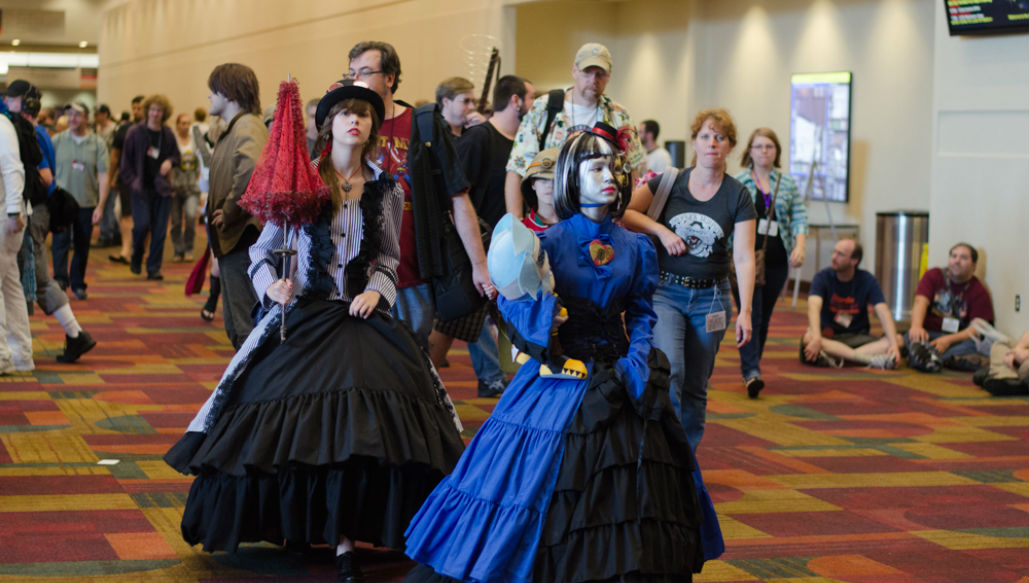 Gaming and nerd culture has changed.

Before I was born, tabletop roleplaying games were played in basements, and whispered about with fear and loathing. At Gen Con, attendees are now filling theaters to watch gamers roll dice. Video games were somewhat taboo, but now most everyone has at least one game on their phone. Conventions were previously dedicated to only the most hardcore of nerds, but this year at Gen Con I saw families and spouses wandering about, enjoying games and experiencing this joy together.

Convention culture has grown to become fairly inclusive, and I love it. I love that for three or four days, I am surrounded by people with similar interests to me, and initially I get to think that everyone around me is like me. But not all people who are at conventions experience the same thing.

I blend into the Gen Con crowd fairly easily. I’m a white, short, skinny dude. I don’t really feel pressured by anyone to do anything. I don’t have to prove my “gamer cred” in any given situation, nor am I ever asked if I even know how to play games. No one demands answers from me, and I have not been hounded to pose for pictures, or worse, the target of more blatant harassment. ConTessa, an organization dedicated to promoting and creating diverse gaming spaces, shared that there were points at this year’s Gen Con at which some of their volunteers reported instances of harassment. When asked if ConTessa would reconsider not returning to Gen Con, ConTessa replied, “We’d love to, but it’s rough. I had four GMs report groping and stalking incidents… It’s hard to green light going somewhere to build a safe space when getting to that space isn’t safe.” (This was not the full reason that ConTessa is debating their role at Gen Con in the following years. There were other factors including health, finance, and time.) 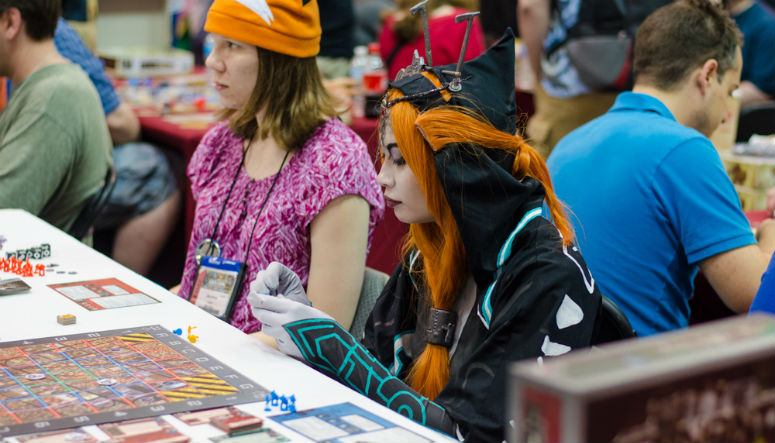 There is an disease in the air, and it is just as potent as Con Flu. It was present at Gen Con, and will be at most other conventions. This disease is that of disrespect. While I do not experience it myself, people of different genders, races, or backgrounds get discredited or disrespected by their fellow nerd. This can happen in so many different ways, and often unintentionally: assuming someone doesn’t know anything on a subject, talking over a person, invading personal space, dismissive comments, ageism, or even casual racism. It is easy for me to initially not feel this, because I am part of the majority demographic at most conventions.

The problem is, at times, we fail to recognize the nerd, or the human, in another. The evening before Gen Con, a YouTuber known for making controversial social statements was assaulted outside a bar, allegedly by another Gen Con attendee. Throughout Gen Con, cosplayers had their personal space and privacy violated by other attendees. Somehow, a group that was marginalized for a long time, has decided it is fair play to marginalize their own.

Part of the issue of “fitting in” is that we easily forget that others who are different will need help to feel welcomed. Yes, it is wonderful that your perfectly lore-balanced character is rising among the ranks of the convention, but the first-time player who is fumbling over the rules and doesn’t know a d20 from a d4 is excited, ambitious, and more than likely nervous. While I can laugh and boast at a table where I feel the most knowledgeable, I also run the risk of being condescending or “mansplaining.”

Paizo Publishing makes this explicitly clear in their rule book for Pathfinder:

As a player, it is your responsibility to ensure that you are not creating or contributing to an environment that makes any other players feel uncomfortable or unwelcome, particularly if those players are members of minority or marginalized communities that haven’t always been welcome or represented in the larger gaming population. Thus, it’s important to consider your character concepts and role-playing style and avoid any approach that could cause harm to another player.

Part of the issue of “fitting in” is that we easily forget that others who are different will need help to feel welcomed.

I think that this is a fair rule for everyone to keep in mind as we are dealing with our games, as well as at conventions in general: “ensure that you are not creating or contributing to an environment that makes any other players feel uncomfortable or unwelcome”.

Here are a few basic tips to help you, as well as others around you, have a good time at a convention:

Most people are willing to explain or engage in conversation long enough to clarify or help a person understand their perspective. However, the questions should come from a place of seeking to understand, not to try to convince or pin a person in an argument. It won’t matter if you win the moment: when an argument breaks out, you both have already lost. A good question, though, can open many doors and insights, new adventures, and maybe even a new friend! People want to be known, and asking a good question can help a person feel welcome and included.

Space is a premium at conventions, literally. Vendors generally have to pay a fairly sizable chunk of change to sell their goods. Exhibitors have to compete to get their activities in. Cosplayers have had to pay for their entrance fee, and all of their materials. Conventions do a solid job of making sure that everyone has their allotted space, for both security reasons as well as logistical ones. When dealing with vendors, be mindful that you aren’t wandering too close to their prized products. With cosplayers, make sure to ask before getting pictures or posing with them. If you bump into someone, try to apologize sincerely. Try not to take a bag that can fit a small army inside it, because it will hit people. 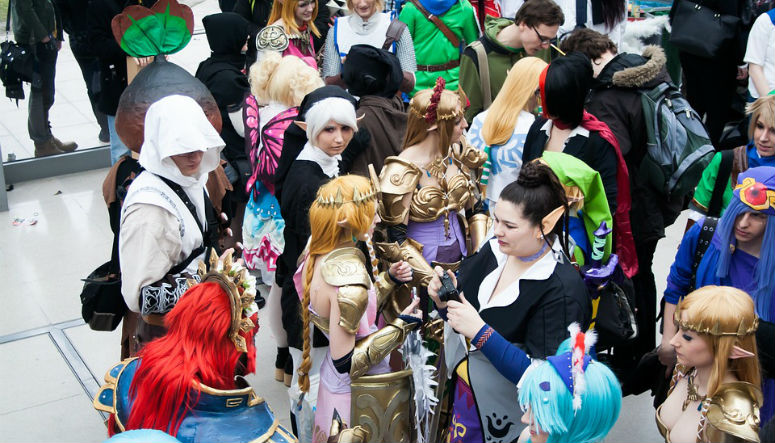 There are lots of activities happening at conventions, and tons of people want to participate. But not everyone has the courage required to do so, or may not feel welcome to join in unless they are asked. Look around, and invite people around you into what you are doing. You are an interesting, exciting person! I bet that quiet person is interesting too! If they don’t want to engage, it probably isn’t a personal statement about you. They probably just have other priorities at the moment.

Use your voice, when needed.

This is the trickiest one of all. At times the best thing I can do is shut my mouth. Let another person explain, or defend their opinion. Let someone else talk. Also, not everyone needs an explanation about everything I see. If we are all fellow nerds, then there is no reason for me to look over at this random stranger and explain anything in front of me, regardless of race or gender. They have it under control.

However, there are times when it is definitely necessary to speak up. Maybe I don’t understand something. Maybe a person is being disrespectful, or being a bully. Maybe someone is just having a moment when they are feeling down, and could use a cheerful encouragement. These are the moments that we can and should speak. Conventions are interesting because there are a plethora of different and distinct voices. If we wanted to make an echo chamber, we could just record ourselves and play it on repeat.

At times, we fail to recognize the nerd, or the human, in another.

This is fairly simple to do if we take the moment to do so. I can get wrapped up in the convention experience, wanting to experience hands-on everything it has to offer. Take time to figure out your priorities, but also check on your own well-being. Sure, you could squeeze in seven 8-hour gaming marathons into a four-day convention, but that would make you pretty unwell. You could push yourself another couple hours without getting food or water, but it will certainly make you more irritable and less likely to enjoy what you are doing. Observe how you are doing, how it is impacting others around you, and how others around you are feeling as well.

Conventions offer us myriad chances to practice hospitality. While I may not be the host of the convention, I can definitely consider myself, as well as other attendees, guests. While they are my fellow nerds, they are also my guests and yours. My hope is that any guest I encounter would feel welcome and appreciated and I hope that other guests around me feel empowered to be welcoming as well.

Alex Hack
@ajhack
Alex serves as a Youth Minister near Indianapolis, IN where he spends his time playing games, watching Twitch, competing against his students, and playing even more games. 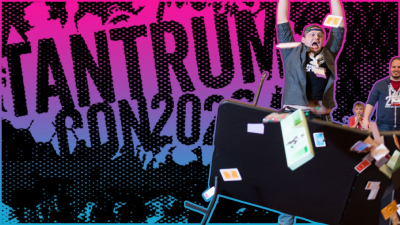 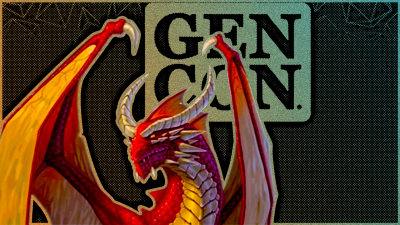 Pull List
The Pull List
Chris and Hector long for that convention experience, DC Comics ends their exclusivity with Brian Bendis, and more! 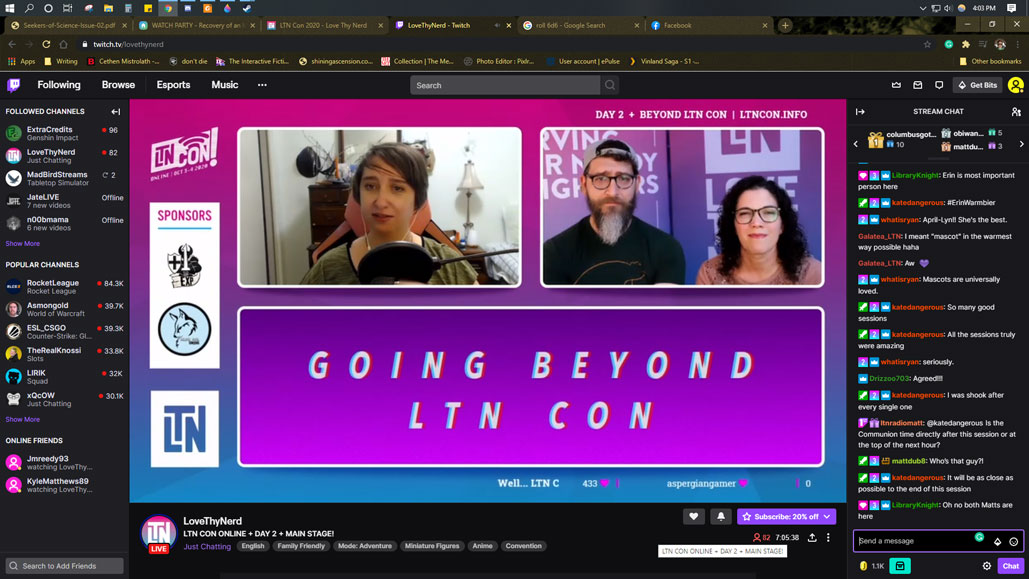 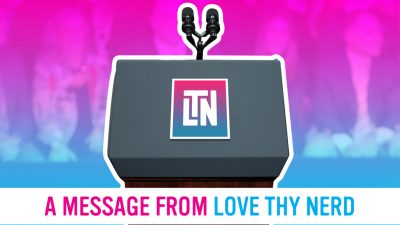 Kate Kadowaki
Video Games
With conventions canceling, we at Love Thy Nerd want to keep you up to date regarding our 2020 convention plans in light of COVID-19.

CHURCH NERDS 9 | Jesus Vs. The Cyberbullies

Attack of the Clones and Self Control