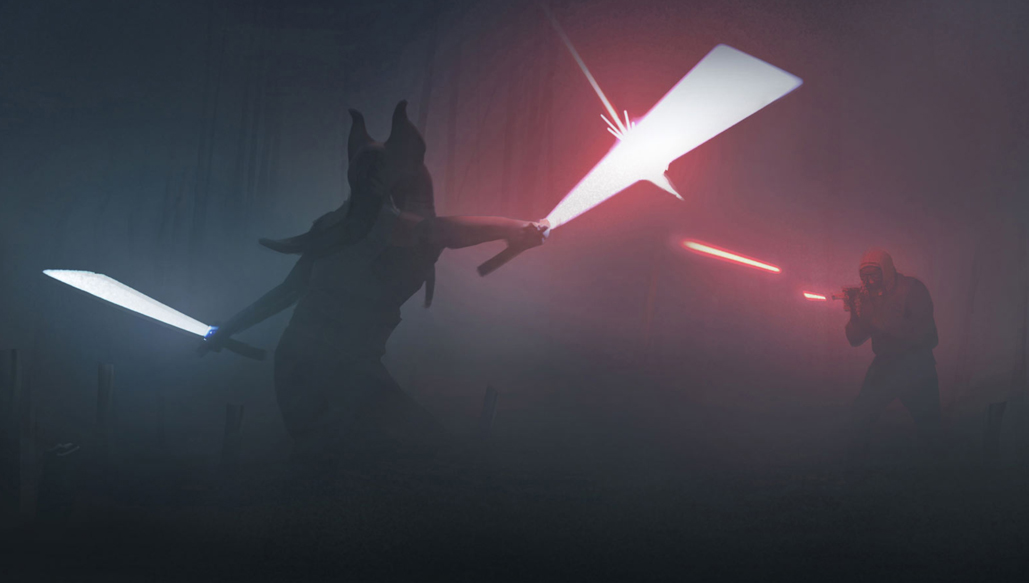 Overcoming Fear in “The Jedi”

What is the most powerful weapon ever wielded in battle? Is it an army too massive to count? Highly trained special forces? Technological supremacy? Nuclear armament?

“The Jedi,” episode 13 of The Mandalorian, answers the question within the first two minutes. As masked guards peer through the smoggy forest ruins of the planet Corvus, a cloaked figure dashes like a wraith in the shadows. As the penultimate foe is slashed by stark white lightsabers, the final soldier turns to run for the safety of the city walls. But Ahsoka Tano has already succeeded in using this most potent weapon. No, not the force. Not the “laser swords” either. 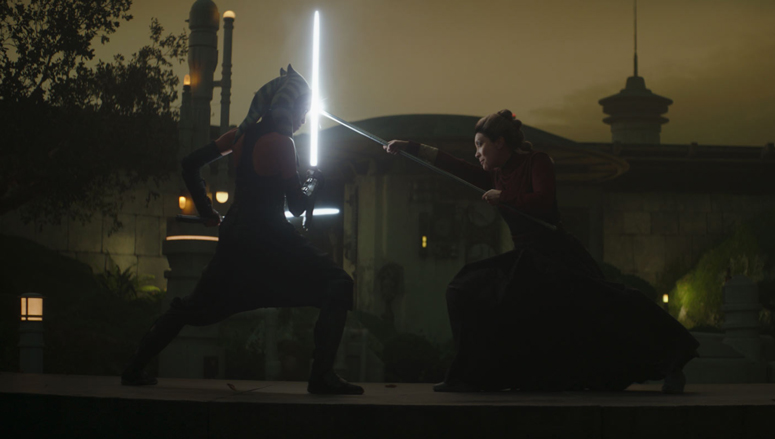 Morgan Elsbeth is familiar with it as well. She set up electrified cages for disobedient citizens just in front of her palace gates. So, the townsfolk are terrified to even speak out loud, choosing to stay behind closed doors most of the time. The planet itself lies in ruin as well—a testament to the ruthlessness of her autocratic regime. Fear is doing its job.

Her master, Grand Admiral Thrawn, is an expert in the art of intimidation as well. His cold, calculating demeanor has obviously been passed down with her willingness to slaughter a hundred civilians in Calodan. It seems like a lack of compassion, but it is also a tactic: one which has been used by the Empire for nearly half a century—to instill fear to maintain control.

With love comes great risk; this is certainly true, but Ahsoka admits that it is Grogu’s attachment, his love, for Mando that enables him to overcome his fear of revealing his powers.

It’s not until Ahsoka and Mando have a conversation about Grogu (The Child has a name!) that this theme is put into words. Ahsoka reveals that our little green babbler has had extensive training at the hands of multiple Jedi masters, but has since hidden his abilities out of fear of discovery. And, it seems, her own fear will keep her from training Grogu. Her memory of Anakin Skywalker’s road to the Dark side is still painful all these years later.

Fear has paralyzed the people of Calodan, Grogu, Ahsoka, and countless others throughout the galaxy. Yet the thing Ahsoka fears most is not the still powerful Empire, nor the possibility of Thrawn being somewhere in the deep reaches of the galaxy. It is attachment. Love.

The Jedi shun attachment because it can lead to jealousy and the fear of losing loved ones. Ahsoka tells Mando that Grogu’s “attachment to you makes him vulnerable to his fears. His anger.” Mando replies, “All the more reason to train him.” 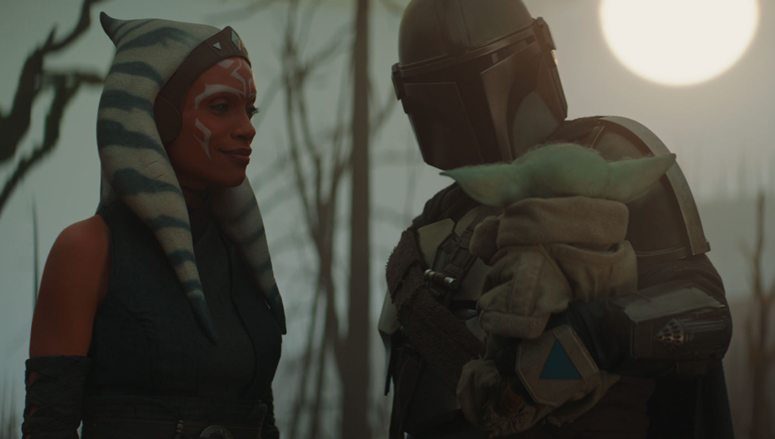 With this rejection, Mando touches upon how the Jedi remove almost any form of love. With love comes great risk; this is certainly true, but Ahsoka admits that it is Grogu’s attachment, his love, for Mando that enables him to overcome his fear of revealing his powers. We’ve seen it multiple times throughout the show when the child closes his eyes and wields the Force like a master. Fear immobilizes; love empowers.

Maybe it’s time for the Jedi to acknowledge that love, while risky, may unlock a hitherto unknown access to the Force. After all, “There is no fear in love. But perfect love drives out fear” (1 John 4:18). If fear is indeed the path to the Dark side as Yoda so famously taught, then maybe love is the path that will lead our heroes—and subsequently us—to the light.

Jon Brady
Jon, who survived eight years of youth ministry before moving into an assistant pastor role, is uniquely gifted with the ability to recollect the most trivial information. However, this comes at the expense of recalling anything important. What he can remember is this: he loves his wife & sons, his tabletop game group, and anything made with po-ta-toes (boil ‘em, mash ‘em, stick ‘em in a stew).