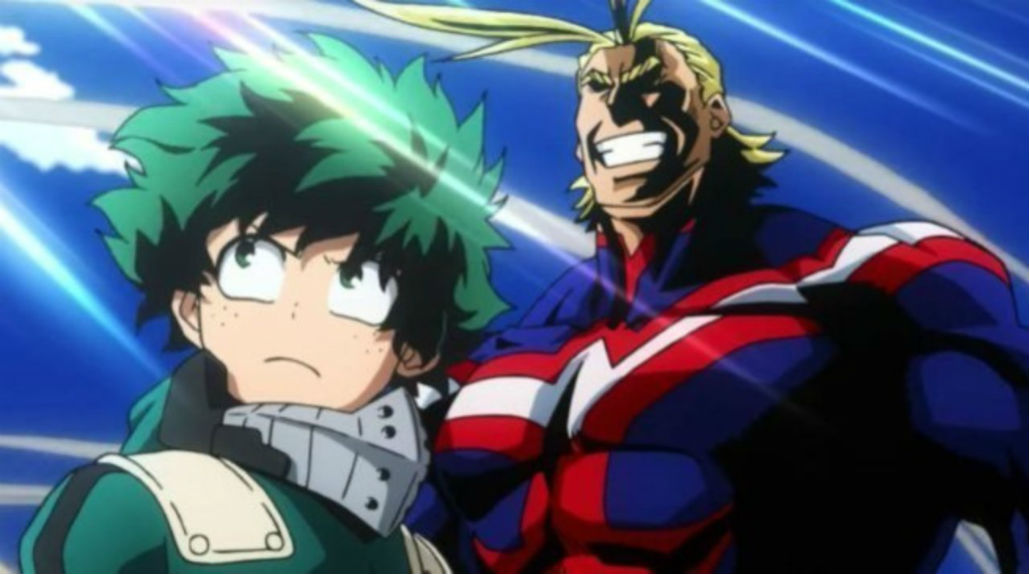 My Hero Academia asks: What Makes a True Hero?

What makes a true hero? That’s the question asked by My Hero Academia, an anime about super-powered kids training to be heroes. As they strive to follow in the footsteps of their idols, these heroes-in-training ask themselves, “Do I have what it takes to become a hero?”

My Hero Academia is set in a world where being a hero is an idolized profession and the top heroes are celebrities. The central conflict comes from followers of the villain Stain, who are dead-set on disrupting hero society. They challenge the very definition of “hero,” cutting down all the “fake heroes” they find in their path: the fakes who become heroes for money and fame, to get revenge, to brag about their strength. Heroes for selfish gain. What is so noble about saving people, when you have little to lose and everything to gain? What even is true heroism?

In our world, we use the term “hero” to describe people worthy of great admiration. People we dream to be like. In America, they’re often the ones heavily celebrated on TV and in magazines. Celebrities. The rich, the famous, the successful. The beautiful. We want to be like them. What is it about them that we idolize? Is it power? Status? Will fame make us feel significant? Or, like Hero-Killer Stain says, have we gotten it wrong? Are we chasing after fake heroes? What brings true significance? 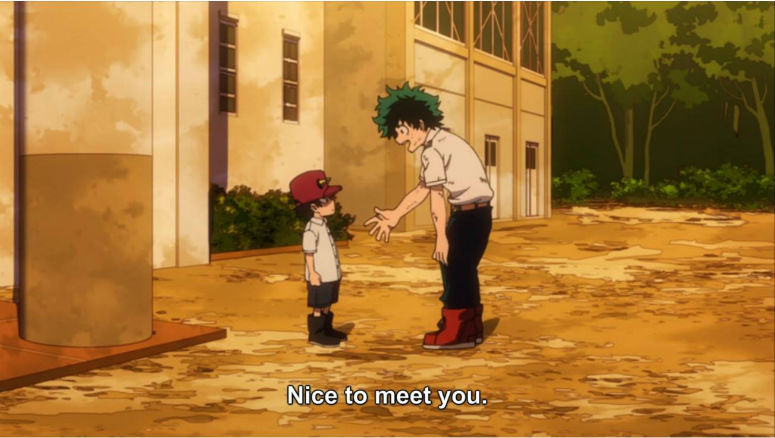 Enter Izuku Midoriya, My Hero Academia’s protagonist. A junior high student with no superpowers, he is by far not the strongest. He’s not famous. He’s not handsome. Nor has he accomplished much of note. He is, by many accounts, ordinary. And yet, he is acknowledged by All Might, the legendary #1 hero, as truly heroic. And what did this scrawny kid do? He ran headfirst into danger to save someone.

True heroes are willing to risk everything to save people, and they do it out of a pure heart, not for money or for fame. They simply want to help. That is something worthy of great admiration. Being courageous. Preventing disaster. Thwarting evil. Doing extraordinary good.

People become heroes because for them, helping others is a compulsion, an automatic reaction.

The funny thing is, in that heroic moment, Izuku wasn’t even thinking. His legs moved on his own. In fact, All Might shares that all the top heroes have that same story in their youth, and it turns out that this is how real life heroes—ordinary people who risk the danger of burning buildings, speeding trains, and hurricanes to save people—describe it too: their bodies moved before they had a chance to think.

What exactly fosters this hero’s reflex? The podcast RadioLab investigated this, and discovered that the reflex doesn’t come from religion, moral reasoning, or even deep empathy. In fact, deeply feeling someone’s pain is more likely to cause the empathetic individual to flee from the source of pain. The hero’s reflex comes from being raised in a household where kindness is expected. Where you are taught kindness until kindness can be found all the way down to your core, until kindness is no longer a conscious decision, but an unconscious action. They call this automatic kindness. 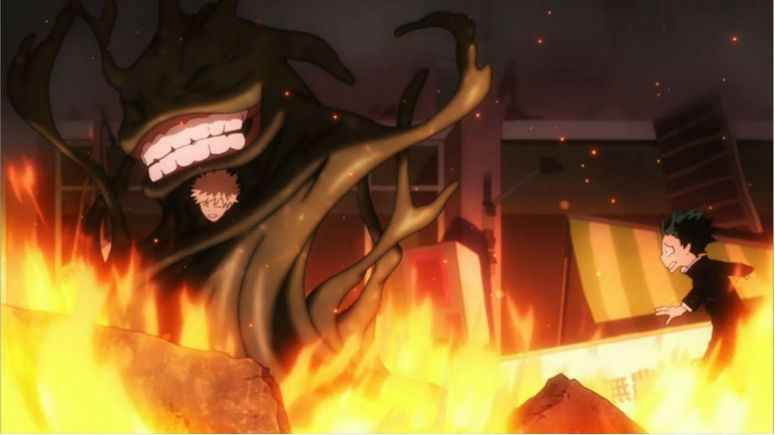 People become heroes because for them, helping others is a compulsion, an automatic reaction. In My Hero Academia, this describes Izuku. As the series continues and as Izuku grows stronger, what is highlighted most is not his power, but his impulse to save people. What defines Izuku is his constant kindness. In his defining moment, Izuku risks his life to save his enemy, Bakugo. The one who was bullying him at school. Later, Izuku throws away his chance to qualify for hero school in order to save a competitor’s life. In addition to being selfless, Izuku is also thoughtful toward his friends. He encourages Uraka, looks after Iida, and, when voted as class representative, he hands the title off to someone he believes will serve the class better than himself. He never looks down on people, and instead, is highly observant of people’s strengths, even seeing Bakugo’s strength of character when they are forced to work together. Even when he isn’t playing hero, Izuku is kind.

When we think of acts of heroism, we often think of something big and flashy. But acts of heroism can be much smaller. Sometimes saving someone’s life requires a series of small acts of kindness from various people. Sometimes a heroic act means giving someone a reason to live. Restoring hope in life. Relief from grief. Inspiration to turn one’s life around.

That fatal day when Izuku ran out to save Bakugo from a slime monster, he didn’t actually succeed; the slime monster barely budged. What his actions did accomplish was to inspire All Might, who arrived at the scene already exhausted, maxed out of his own power, frozen in despair. Izuku’s rescue attempt inspired All Might to push past his own limits and save them both. In that moment, Izuku was All Might’s hero. Being a hero is not determined by strength: it’s determined by a great desire to help people, no matter who they are, and the ability to act on it, no matter the odds. It doesn’t matter if you’re weak or strong. It doesn’t matter if you have all the answers. What matters is that you act. 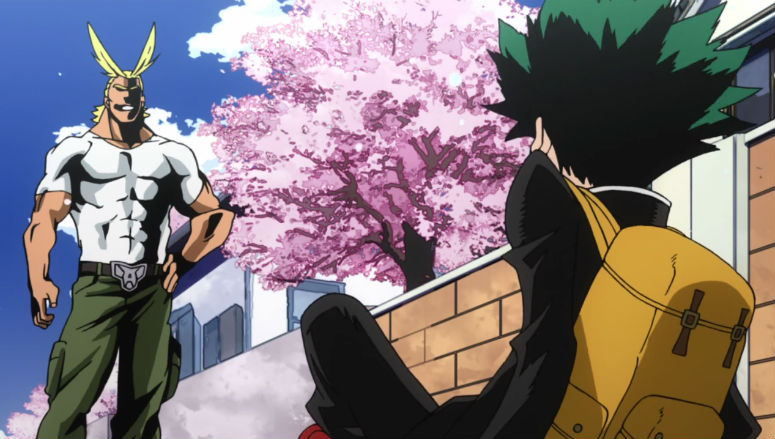 Anyone can develop implicit kindness: just like any new skill, it takes practice. Start small. Cultivate an awareness of others’ needs. And practice always responding to these needs. A kind word to a stressed cashier, an encouraging smile to the shy, aid to the stranded, standing up for the weak. Practice kindness until kindness becomes a part of you. Practice kindness until it becomes a hero’s reflex.

Until then, you may still doubt whether you have what it takes to be a hero. Izuku also doubts. For his whole life, everyone told him that he couldn’t become a hero because he had no special powers in a world where practically everyone was born with one. He felt crippled. Inept. Weak. And everyday, Bakugo bullies him about it. Izuku doesn’t know he has what it takes to be a hero, until that fateful day when disaster strikes.

We all have what it takes to be a true hero. Extraordinary kindness will give you the courage you need, the significance you seek, and it comes from choosing to be kind every day.

As All Might said to Izuku, “YOU can become a hero.” 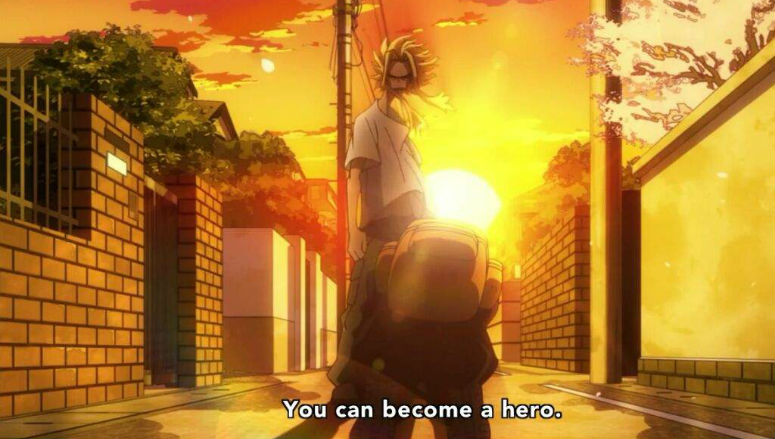