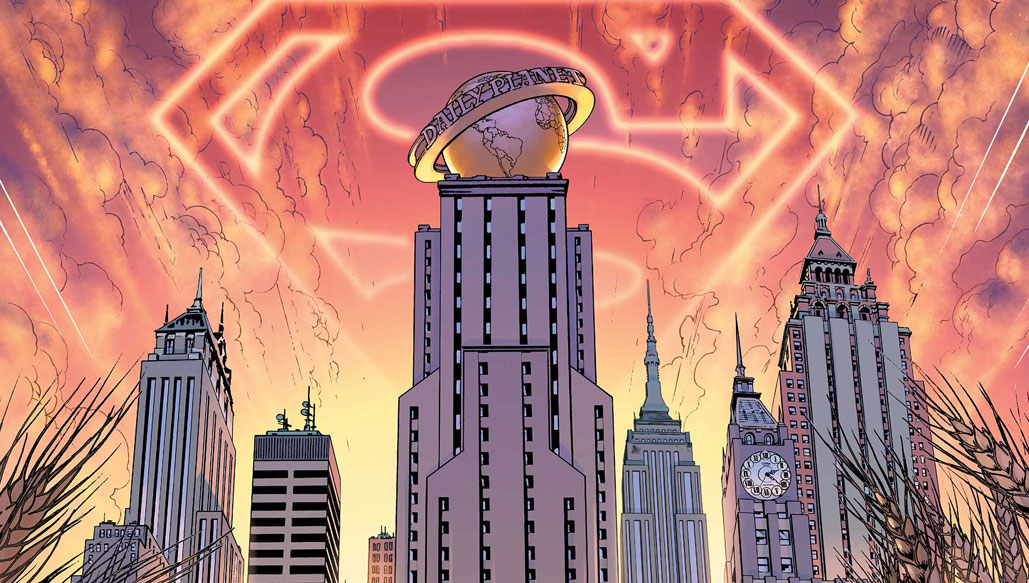 Meet My Friend, Clark Kent: A Look At Man and Superman

There was a time before the red cape and the suit emblazoned with a giant “S”. A time when Clark Kent was just a struggling young man—if he could even be called that. In comic book legend Marv Wolfman’s latest foray into the beloved world of the Man of Steel, Wolfman embarks on a journey into the heart and humble beginnings of the Superman. Man and Superman, originally conceived in 2009 as a part of the Superman Confidential comic book series, is a look into the psyche of a young Clark Kent taking his first steps into a larger world. Leaving behind the amber fields of grain and the small-town Mayberry-feel of Smallville, Clark enters the bustling, rigid world of Metropolis. Wolfman’s unique take on the Man of Steel sets this book apart from many of the Superman stories told over the past few decades. We are given a window into the mind of Clark Kent, not Superman. We see, hear, and feel the very things Clark is experiencing.

Much like Zack Snyder’s controversial 2013 film, Man of Steel,  Wolfman’s Man and Superman explores what it was like for Clark to come to terms with who he is, and what his purpose is going to be. Superman stories in the past, such as J. Michael Straczynski’s Superman: Earth One, have tried to capture these moments in Clark’s life, but often fall flat. In the back of our minds we know Clark is the Superman, and so we block out any doubt that he will come to terms with his identity. In Man and Superman the reader is genuinely concerned that Clark may never come to terms with who he is and what he can do. His doubts are our doubts. Readers are left with the same overwhelming sense of drowning that Clark feels. The most haunting panels in MaS occur when Wolfman and artist Claudio Castellini show us the unrestrained flood of voices, conversations, sounds, and terror that Clark hears all day and all night. He is trapped in his own mind by captors who’s faces he’s never seen, who’s agony he’s forced to hear and feel, and who’s unrelenting cries pierce every moment of his day. He is coming to terms with his powers, many of which are manifesting for the first time, and are seemingly beyond his control. Even when he is compelled to help, to do the right thing, he is feared, or worse, hated. This is where MaS shines.

Man and Superman is all about struggle. At one point, after being unable to prevent a massive disaster, we see Clark sitting alone in his rundown apartment in the dark, and he whispers the words, “It’s just too much, I’m not ready. I can’t do this.” Even as he sits in the silence of his room, his ears are flooded with news stories, tragedies, and chaos that he can neither prevent nor control. In the next panel we see Ma and Pa Kent opening a package from Clark containing his Superman costume. The heartache and frustration are so vivid to the reader because we know he is capable of so much more. Through the entire book we are cheering for Clark, and at every stumbling block we want to pick him up. Wolfman makes us want to comfort Ma and Pa Kent, and tell them that their boy will be ok. We feel Clark’s pain. We see his anguish and despair. These emotions are beautifully illustrated by Castellini, as every facial expression is subtly rendered and captured by the reader. 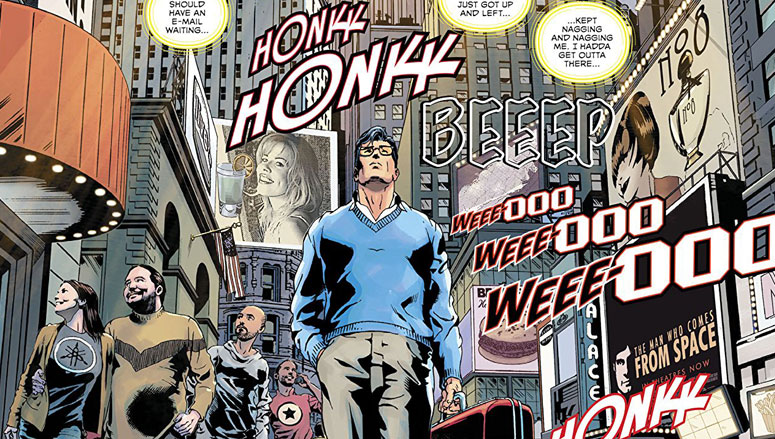 By the end of this massive 100 page spectacular by DC Comics we feel closer to Clark than maybe ever before. Not since Dan Jurgens’ Death of Superman in the 1990’s has a Superman story been so emotionally driven. In fact, if one were to read Man and Superman followed by the Death of Superman series, you would see a perfect picture of who Superman was created to be: a hero who represents hope, love, sacrifice, and the best of who we are as people. MaS gives us a Clark Kent we feel like we know, a friend we can relate to.

Man and Superman is an incredibly important story to tell right now. In a world that often feels as if it is being fueled by chaos, warring intellectual and philosophical tribes, and unrest around every corner, we can strive for more. We can strive to be better. MaS is all about triumph, putting to death the doubt, fear and anxiety we feel, and embracing the purpose that has been laid before us. We will never be Superman, but we are all Clark Kent. 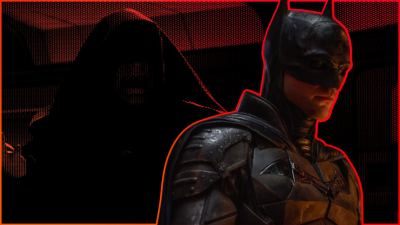