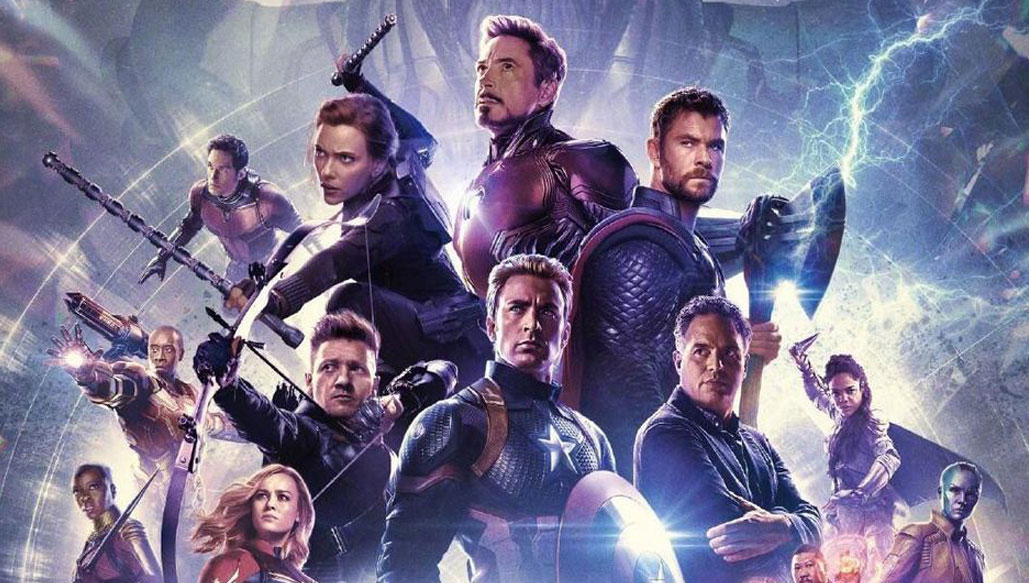 The landscape of geek culture shifted over a decade ago as a billionaire in a red iron suit took to theatres with a snarky attitude and mad science skills. It wasn’t cinema’s first foray into the world of supersuits and villains, but it was the first in what was to become a series that continually managed to sweep in audiences of all age groups and, somehow, everyone managed to have a good time in the process. Now in 2019, we’re faced with what could be the last we see of some of our heroes. Over the next two weeks, a few of our LTN writers will take turns reflecting on what Marvel has given us over the last eleven years. Stories of opening nights, toy aisles and comic shops. Stories of shared joy, excitement and tears. These are our love letters. 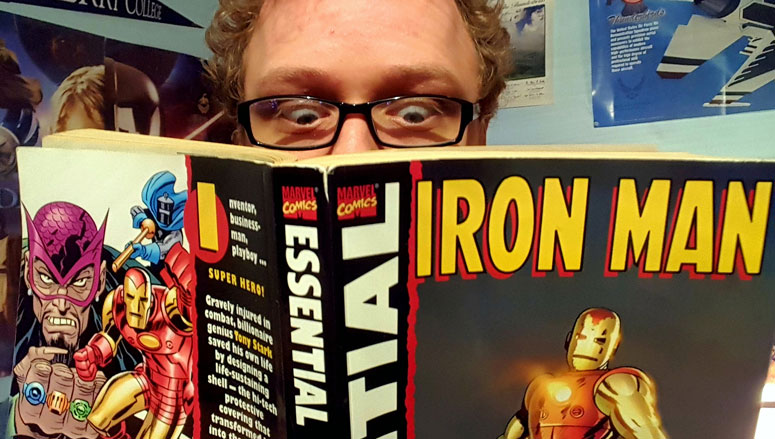 A New Generation of Fans

It hit me when I was standing in line to see Avengers: Endgame. This was the culmination of over a decade of my life. I remember going into my local comic book shop for the first time with the sole purpose of buying the “Essential Iron Man” collection to prepare myself for the Iron Man movie. Even then, I was a film nerd so I was aware it was in production before most of my friends even knew who Iron Man was. As I sat watching the movie, I was giddy at the sight of Tony, Pepper, and Happy, on screen for the first time—the characters I loved actualized! And with each consecutive Marvel film released, that childlike awe and joy has never went away.

The popularity of the MCU continues to surprise me. These characters, while known to some, were never general knowledge. I remember right before Iron Man released a friend asking, “So—Iron Man. He’s a robot, right?” Now, Iron Man is a character cemented in both pop culture and cinematic history.

Even after the success of that first movie, I never imagined that we’d get an Iron Man/Spider-Man live action team up, let alone the crossover craziness that is Infinity War and Endgame. Heroes some kids would never know of, like Black Panther and Captain Marvel, are now their role models. The MCU was born out of the passion of a generation of fans who grew up adoring the comics and cartoons. Now there is a whole new generation of fans. Who knows what they will born out of their creativity. All I can say is: I. Can. Not. Wait. — Jonathan Reedy

My boyhood dream of seeing my favorite superhero in all his glory was finally realized.

My fascination with the MCU started way back in the early 90s. My Mom and Dad bought a Sega Genesis for me when I was almost a toddler and I played that console more than any other since. I loved it—Sonic racing across the Green Hill Zone, Vectorman shooting at pseudo-3D objects. One of my favorite video games was Captain America and the Avengers. Cap and friends fighting bad guys in a side scrolling beat-em-up, taking on the Red Skull (a former Nazi bent on world domination), music that gets your blood pumping: I was hooked.

After playing the game, I looked far and wide for anything related to Captain America. I didn’t read comic books but I loved the X-Men and Spiderman cartoons on Saturday mornings. It was there that I’d catch glimpses of Captain America when he’d fight alongside the main characters in cameo appearances. But as far as a Captain America TV show or movie, that was as much as I’d get. My favorite superhero would (commercially) be put on ice for another decade or so.

When I heard that Captain America was going to make his film debut as a part of a series of movies devoted to the Avengers, my boyhood dream of seeing my favorite superhero in all his glory was finally realized. And Chris Evans as Captain America couldn’t have been more perfect: his charm, humor, and dedication to his role as protector really brought the character home for me in my adulthood. The MCU showrunners and Disney should be proud of their ability to translate these characters from page to screen.

I know a little boy named Daniel who would have loved them. — Daniel Motley 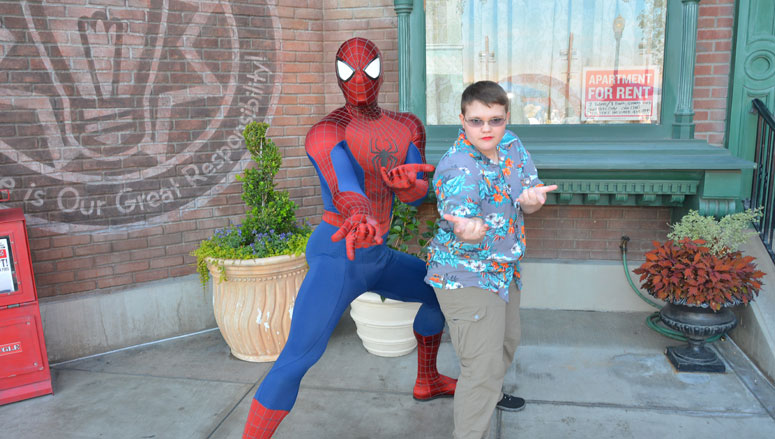 Marvel is one of those things that epitomizes what it is to be a geek as we are inspired and strengthened by fiction. For me, the MCU was always a reminder that even in bad times we can do good. If we stand together, we can stand up to Thanos and Ultron. We can help others in the face of heartbreak like Spider-Man. We can be patriotic and defend our friends and beliefs like Captain America. Each installment of the MCU brings something to look forward to. I always leave the theater feeling like I could be a hero, super suit or powers aside.

Whether it’s  the X-Men, Iron Man, Thor, or even brash Deadpool, we can rely on these films to make us laugh, smile and even cry. (I left Endgame in a disaster of emotions.) These stories speak to our heart and soul. They inspire us to be better people and speak out against bad guys. Sometimes this is as simple as standing up for the bullied or helping someone buy lunch. Geeks want to be heroes, and are absolutely capable of it. Marvel to me is heroism, friendship, comedy, and feeling like you can do anything. Thank you for the last decade Marvel. I can’t wait for the next.

The MCU has given everyone an opportunity to love these heroic, legendary characters in a way they were never accessible before.

11 years ago I sat down in a mostly empty theater with my sister to watch the latest Marvel film, Iron Man. She had raved about it for a week, and I begrudgingly agreed to indulge her enthusiasm and watch it with her. At the time I was completely overcome with excitement for the next installment of Christopher Nolan’s Dark Knight Trilogy, The Dark Knight—due to open in just a few weeks. I could have cared less about the latest entry in Marvel’s mediocre cinematic universe. “Who picks Iron Man as a lead in a movie anyway,” I wondered, waiting for the movie to begin. At the time, Spider-Man and X-Men had done their best to wow audiences, and Marvel’s latest plan was to throw in a “C list” character like Iron Man? But when the credits rolled, and the movie was over, I remember sitting in the theater thinking about how special this film was. It had heart. It was earnest, sincere, and it treated the audience like grown ups.

What would follow would be eleven years of brilliant filmmaking, some spots brighter than others, but ultimately cohesive and beautiful. Each film added a piece to the puzzle, a story arc wonderfully rendered for the big screen and general audiences. No longer were these characters that I grew up reading about in the pages of Marvel, only for those who bought weekly comics and visited their local comic book shops. They were now in the hearts and minds of people everywhere. As a comic book fan, I was able to share these characters with generations who had skipped the books, but they now knew what made these characters so special. The MCU has given everyone an opportunity to love these heroic, legendary characters in a way they were never accessible before. This cinematic universe will continue to live and thrive for generations to come, and I am thrilled to see what’s next! — Drew Hood

Tieranie Albright
Digital Presence Lead
@SilverGamingUSA
Tieranie Albright lives in New Mexico and is a writer, theology student, and advocate for disabled gamers. She has a passion for Christ, and an insatiable love of video games, books, and Disney. (Especially Baymax.) She is the founder of silversoulgaming.com, and is a stay-at-home mom of one. Tieranie can be found on Twitter @SilverGamingUSA and @SilverSoulx10.