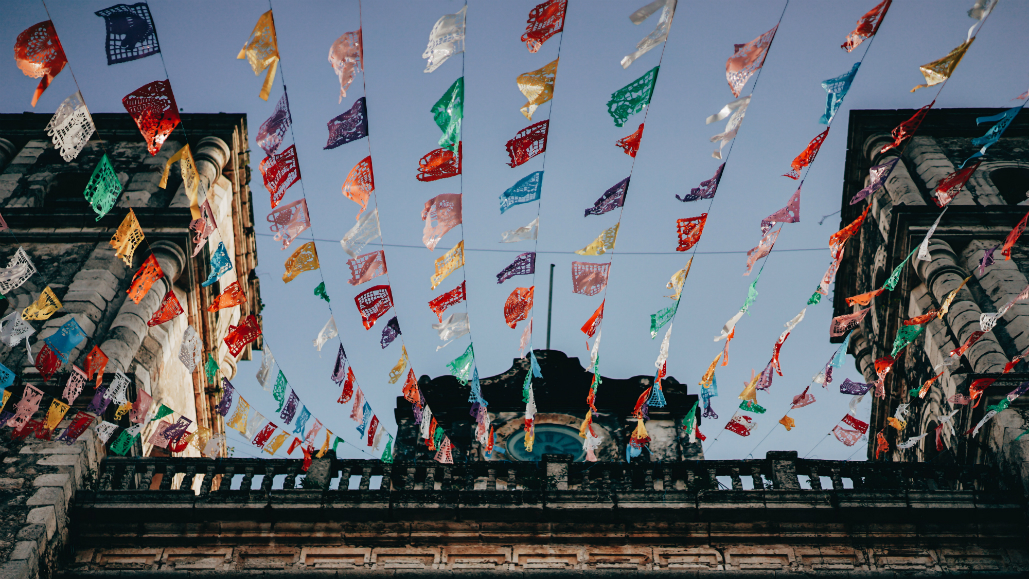 Los Nerds: Being a Nerd in Hispanic Cultures

Mid-September to mid-October is Hispanic Heritage Month. The Hispanic or Latinx community is loosely characterized as people who claim descent from the Iberian Peninsula (Spain and Portugal). Some might group people together based on their families’ home countries, most of which would include Spanish-speaking islands, Central, and South America. Pinning down exactly what qualifies one to be a member of the Latinx community is difficult, which allows for a great amount of diversity and inclusion. In light of this month’s celebration of such a diverse people group, the LTN Editorial team queried our Hispanic authors for their experiences as a member of both the Nerd and the Latinx communities. Two major themes came from these contributions: bridging cultures and making spaces to be ourselves. 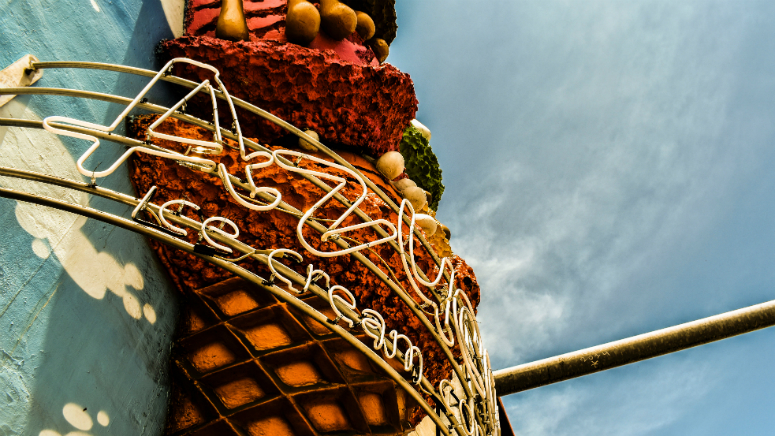 LTN Community member Michael Morejon spoke at length about his childhood in Miami where he was able to bridge cultures through his love of anime and video games. “I got into anime and video games at an early age,” Michael wrote. “I received my first console, the NES, around 8 or 9 and never stopped playing since.” He talked about how his family, specifically his mother and Abuela, encouraged his love of video games. This love of video games allowed him to make friends across many cultures. “Most of my friends… were Hispanic just like me,” he explained, “whether Cuban like me, from a different Hispanic country or a mix of cultures.” Michael discussed interactions with both black and white cultures as he pursued his love of video games and anime. He counted being able to interact across cultural barriers as a blessing. “I have found the geek community to be very friendly and fun to be around, even with those of other races, cultures, and languages.”

I have found the geek community to be very friendly and fun to be around, even with those of other races, cultures, and languages.

This interconnectedness exists within Latino communities, as we learn to connect with each other first and then with the other people groups. Michael is Cuban, but he’s interviewed an anime radio host from Ecuador, which just happens to be the country of my heritage. Both countries have their own rich histories of indigenous life prior to Spanish influence, and they share a history of Spanish imperialism and consequent liberation. Differences in geography, indigenous cultures, cultural exchange with other countries, etc. have shaped two distinct national identities, yet the two countries’ citizens and their descendants in the USA are considered Hispanic or Latinx. That’s just two countries; consider that there are around twenty different countries where Spanish is the official language and four Latin countries that don’t speak Spanish. There’s a lot of room for differences in culture and experiences.

This is the beauty of being a member of such a diverse group like the Latinx community. With the geography of home countries as the unifying factor, so much can differ between Latinxs and Hispanics. Most are a mix of different races: indigenous, white, black, Asian, etc. In the midst of these differences, bridge-building makes the Hispanic community what it is today, and that bridge-building becomes an asset when applied to making connections with outsiders. However, sometimes this connection-making is not so well received. In Michael’s experience, he found the other geeks friendly and welcoming to all. Evelyn Treviño and Carolina Rivera experienced something different. 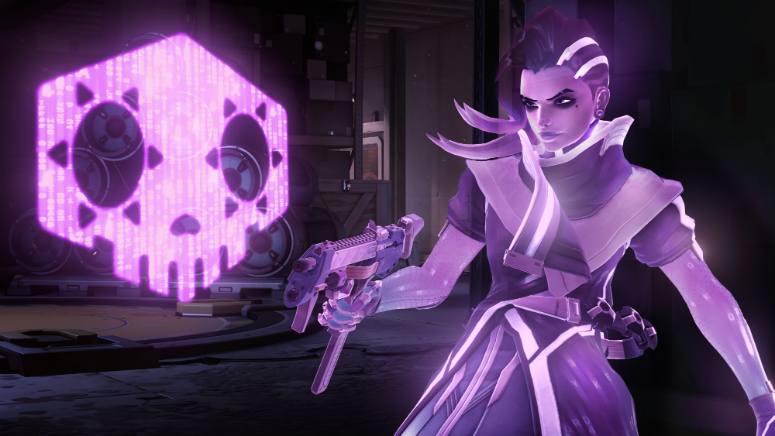 For Evelyn, the disconnect between her life in the US and her family’s in Mexico led to a lot of hardship, as she strived to fit in while living in the US. I’ve known Evelyn since the sixth grade when we were both anime-watching, socially awkward preteens. We attended the same high school and have stayed connected on social media. She still has that fun, anime V-sign throwing personality I’ve known since then. “I had to do a lot of research and have a lot of initiative in order to survive in this country,” she admitted when talking about what it has been like to be Latinx and nerdy. “I have always felt at a disadvantage when I compare myself to US raised children who grew up in an American household.” This hasn’t kept her from being her goofy self as an occupational therapist. She has just had to find “a combination of the good in both cultures” to incorporate into her life.

For Carolina, her time in the US started because “violence was the daily environment that my family and I were exposed to,” and she came to the US to find better. However, she faced “racism and economic challenges” when she came to the US. “It has become all too common for [Hispanics] to surrender their dreams,” she explained when discussing why she felt the need to push on. This included her being a nerd. “At first I thought it would be a curse because Hispanic males aren’t really into ‘nerdy’ things,” Carolina said when I asked her how being a nerd has impacted her life, “and I could see it would be a struggle trying to find a companion that could cherish this with me.” I met Caro in a church small group for couples. Her boyfriend and she were fixtures at game nights in my apartment before they moved away to continue their educations. Their love of good games, superhero movies, etc. really helped my wife and I connect with them while in the same small group.

Bridge-building makes the Hispanic community what it is today, and that bridge-building becomes an asset when applied to making connections with outsiders.

Then, I consider my own experiences as a first-generation US citizen, born in the USA and raised on the Mexican border. I grew up in a predominantly Hispanic culture, taking trips to visit family in Ecuador to cement ties with my family’s heritage. Moving away from my hometown for college, I really felt the disconnect between the dominant US culture and Hispanic culture. Looking at the news headlines in the last few years, the general sentiment towards the Latinx community is declining. I have seen this firsthand teaching in an area culturally different from my own. I have to adapt to fit in more often than I’d like, sacrificing my typical Hispanic behaviors in order to pass as white—a behavior not uncommon among white-passing people of color. I also blend in sometimes when I play games online because I worry that showing my heritage might lead to being flamed for speaking Spanish in chat (because it has happened). Being truly myself, whether behind a keyboard/controller or at the board-game table, can be a struggle some days. I don’t feel this way when I am with the LTN crew though. 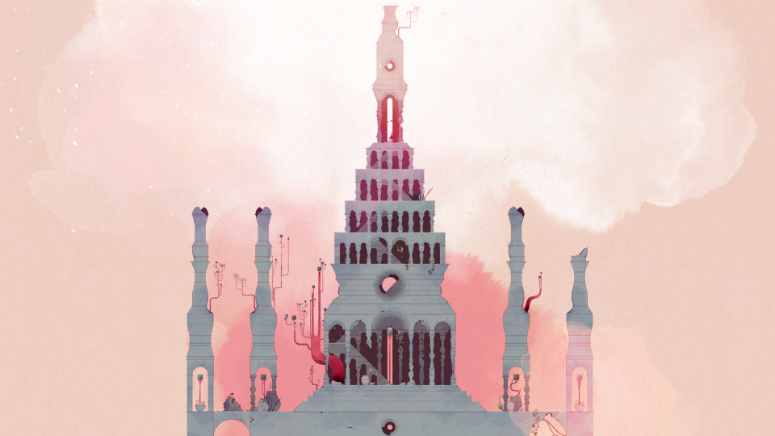 A still from Gris, an indie platform-adventure game from Spanish studio Nomada Studio and published by Devolver Digital. When I first saw this game, I knew from the art-style that there was a Spanish influence.

This lack of a struggle to be authentic is why I love working with Love Thy Nerd. We work to unify the nerd community and make it a better place for everyone. In doing that, we’ve given people groups who would be at the fringes of nerd culture a place to speak and to find acceptance. If I knew a word that meant the opposite of gatekeeping, I think the LTN staff’s picture would be its entry in the dictionary. Latinx people are a spectrum, from various walks of life, with really no one unifying experience. There are quite a few of us in the LTN community, and LTN folks accept us for who we are individually. That would be my advice to you: get to know each one of us, the real person, by following LTN’s lead and making it safe to be ourselves. This is truly loving thy nerd. 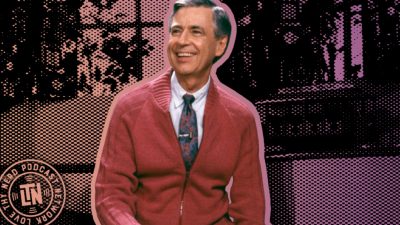 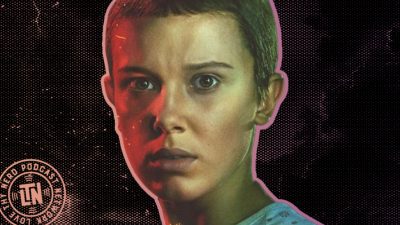 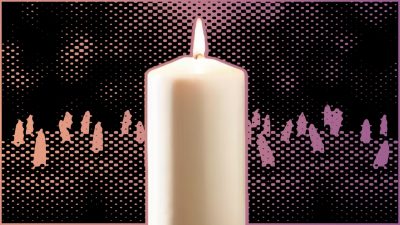 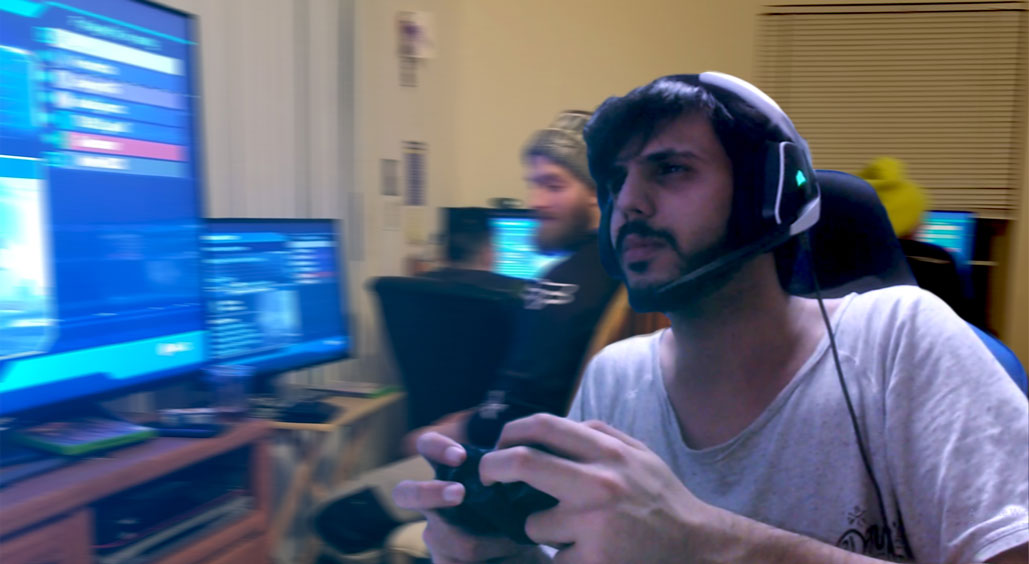 Nerdiness Does Not Diminish Manliness