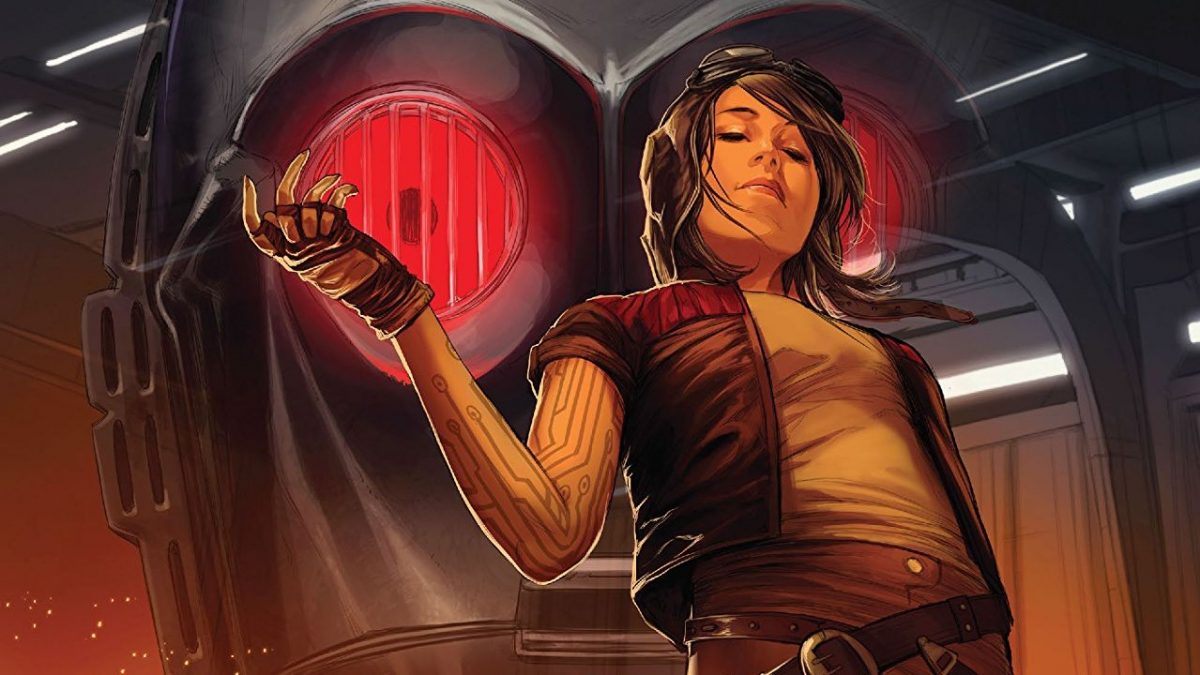 Letting the Past Die: New Star Wars Stories Good for the Soul

I love Star Wars films, but some of its best stories have come from works produced outside of the movies. This list (in no particular order) is to show other Star Wars fans what they might be missing! While Joshua Morris will be covering “Legends” (old canon) stories, I will not only cover the best stories in Star Wars’ new canon published under Disney, but also what lessons each one has to teach fans. 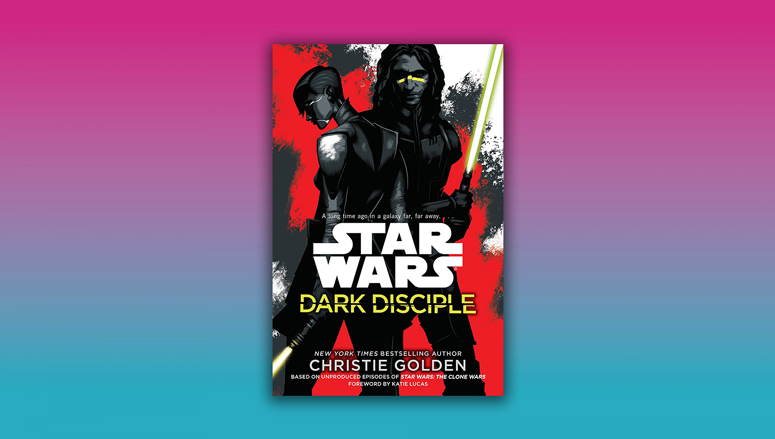 Unconditional love in a world of conditions

What makes a good romance? Is it the type of love? Is it about the growing relationship of a perfect couple? An unlikely one? Or a forbidden love? Dark Disciple has it all and tells one of the best romance stories in Star Wars. The novel was created from an unproduced Clone Wars story arc about Asajj Ventress—Count Dooku’s apprentice turned bounty hunter—and Jedi Master Quinlan Vos: a Jedi who acts as a secret agent for the Jedi Council. They are both undercover as bounty hunters in an attempt to assassinate Count Dooku when the story turns into Romeo and Juliet crossed with Mr. and Mrs. Smith.

It’s got the action and espionage, but it excels as a depiction of how unconditional love can exist in a world of conditions. Ventress struggles with her dark past as a Sith while Vos deals with the contradictory lifestyle that comes with being a Jedi spy. Both are met with mistrust and disdain from those around them, lost in a world of roles that neither fits in, but through their unlikely partnership, they see past the borders confining them and embrace the broken person on the other side. 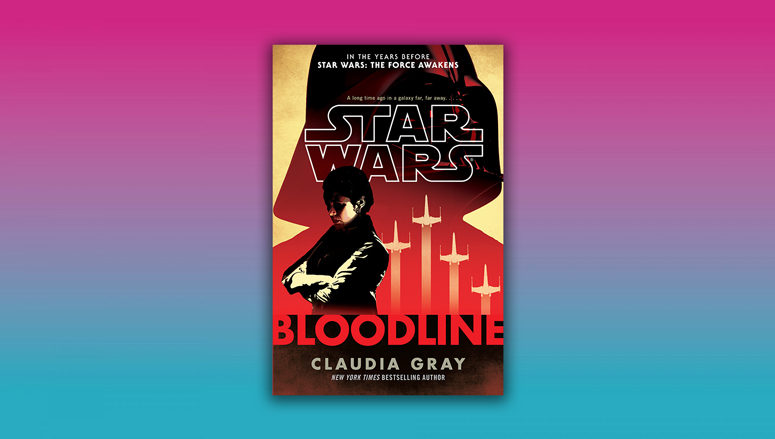 Don’t be afraid of who you are

Bloodline is probably my favorite book in the new canon, as well as being the Star Wars political drama you never knew you wanted. Set six years before the events of The Force Awakens, this book follows Leia as she deals with the political infighting in the New Republic Senate. As political rivals use her past as blackmail, she must come to grips with her own legacy. How will it be shaped? Will her legacy be reminiscent of her adopted father, Bail Organa, who is seen throughout the New Republic as a visionary and founding father of the Rebellion? Or will Leia’s legacy be haunted and twisted like that of her birth father, Darth Vader, who was the face of evil for an entire generation?

Bloodline is all about not being afraid of the past. The fear of our pasts and secrets we try to hide hold us back. Leia struggles with what she’s done and worries about what it will mean for her career, legacy, and family if people find out. But by confronting her past, Leia is able to accept it as a part of her—something that should be seen as a strength, not a weakness. It’s through Leia’s acceptance that she proves the general was always at the heart of the princess. 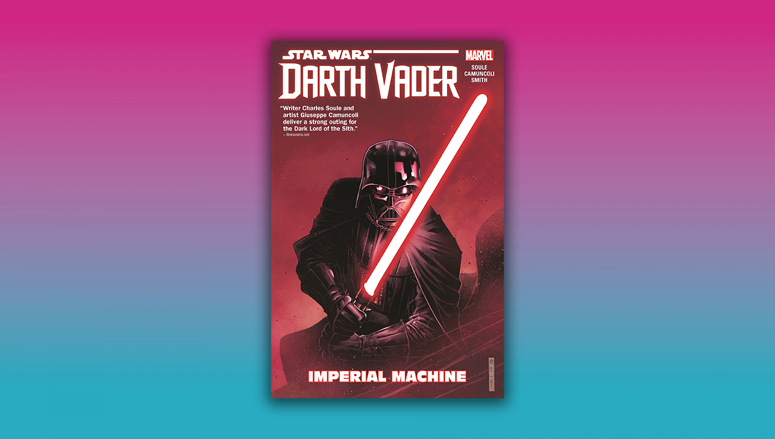 If Bloodline is about the benefits of accepting the past and moving on, Charles Soule’s Darth Vader is about what happens when you don’t. In the beginning moments after Revenge of the Sith, these comics depict Darth Vader’s first steps. We see him become an unstoppable force as he proves himself to the Emperor and reveals himself to the galaxy.

As much as the series is a story of Vader’s rise to power, it is also a tragedy of a husband grieving over the death of his love. His grief motivates him, but it is also what hardens his heart beyond recognition. Vader’s goal is the same as it is in Revenge of the Sith: save Padmé. Vader dives into the dark side, attempting to find the key to saving her from death. But as he goes further into the dark, what’s left of Anakin Skywalker fades away to the point of nothing, losing the love that guided him to begin with. This entire comic run is like that final scene in Rogue One: sad and brutal, yet epic and intense. It shows how powerful a motivator love can be, but also how easily it can be misdirected by our own ambitions. 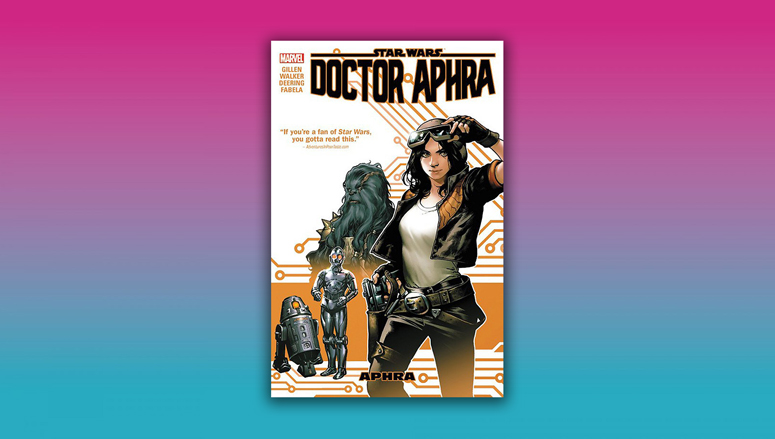 Dealing with the consequences of your actions

Picture Indiana Jones. Dashing, honorable, loyal—he respects history and wants to share its wisdom with the world. Now, take the complete opposite of him and chuck it into Star Wars and—BOOM!—you got Dr. Aphra. She’s a space archaeologist who is constantly getting into fun, wacky, and quite deadly shenanigans of her own creation with all sorts of colorful characters, like Triple-Zero (an evil C-3PO), BT-1 (an evil R2-D2), and Black Krrsantan (an evil Chewbacca).

With each issue, you hope Aphra will come around and make the right choice, but more often than not, she will backstab someone when trying to make the right decision. Despite all her shortcomings, she’s just too likable for her own good. Yes, she makes mistakes, but she does try to actively be a better person—most of the time. Aphra is a great reminder that even if you’re the most charismatic and talented person in the galaxy, there is nowhere you can run to avoid the consequences of your actions. 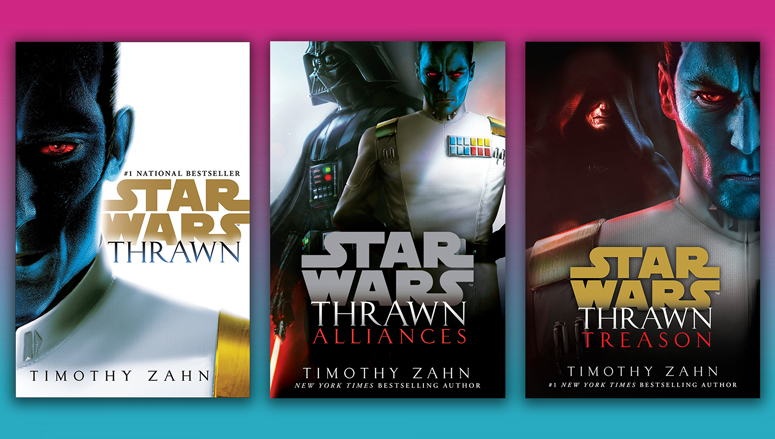 Perseverance in the face of adversity

Thrawn is an incredibly well-written, nuanced, and layered character. Compared to his Legends trilogy, the new canon trilogy delves into Thrawn as a person, exploring his relationships with those around him and the Empire. The moment Thrawn appears on the scene, it’s as if the entire Empire is working against him. From his days in the Imperial Academy to becoming one of the few Grand Admirals, Thrawn is subject to ridicule from his subordinates, peers, and commanding officers because he breaks the mold. He’s one of the few aliens in the Empire’s service, not to mention an unorthodox thinker. But it’s how Thrawn responds to prejudice that makes him such a powerful ally and leader.

With his perseverance, strategic mind, and the respect he gives to everyone regardless of position, Thrawn is able to turn obstacles into opportunities that strengthen his and the Empire’s goals. Thrawn’s leadership skills are something we could all learn from—minus the working-for-a-genocidal-tyranny part.