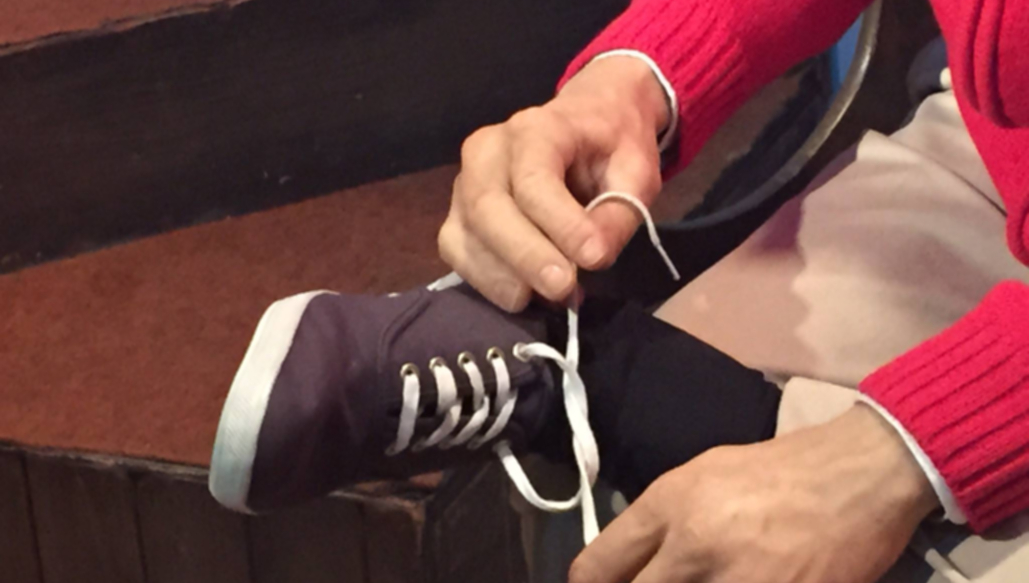 Learning to Love Thy Neighbor in Won’t You Be My Neighbor?

In previous attempts at telling the story of Fred Rogers, there’s been a limitation. In the case of an earlier documentary, Mister Rogers and Me, a peculiar quirk of trying to tell Fred’s story narrowly focused the film: Fred (as those who knew him and those who write about him call him) didn’t like to talk about himself for long. In any extensive interview with Fred, he’d find a way to turn the conversation around on the interviewer. The interviewer was his neighbor, and Fred loved his neighbor. Part of that love was learning their story. Fred saw every interaction as a way to learn someone’s story and share in their lives, and he was not one to waste any opportunity.

When neighbors shared their stories with Fred, sometimes they’d give him photos of their families, which Fred would carry around in his wallet. He collected neighbors’ stories like the rest of us collect Pokémon.

This neighborly focus of Fred’s is the reason any past attempt at a biography of Fred turns into an autobiography of its creator. This is not only the case in previous films, but in books like I’m Proud of You by Tim Madigan, The Simple Faith of Mister Rogers by Amy Hollingsworth, and the article Can You Say…Hero? by Tom Junod, the foundation for an upcoming biopic starring Tom Hanks as Mister Rogers. It has taken until 2018, the 50th anniversary of Mister Rogers’ Neighborhood, to welcome the turning point for this trend in print and on screen. Fans can get a more intimate look at Fred in the new documentary Won’t You Be My Neighbor as well as in Maxwell King’s upcoming book The Good Neighbor. While you’ll have to wait to read the book, the documentary is available now and is well worth watching.

In Won’t You Be My Neighbor?, Fred’s crew, cast, peers, friends and family (including his sons, who are certainly the rarest ‘get’ of this documentary) are present to share their stories of Fred. The documentary blends together previously available interviews, behind-the-scenes footage, and clips from the program. The film shines best when it brings in Fred’s personal footage and photographs, items of note from the Fred Rogers Archive and Fred Rogers Company, and incredible animation by Ariel Costa and Rodrigo Miguel Rangel. Through all these pieces, we are able witness Fred’s story comprehensively from beginning to end.

Throughout the film, Fred’s faith, enthusiasm, and love are not only what bring the program and community of the Neighborhood together, but also what allows the film and the people who carry it to flow in such a meaningful way. I went in thinking that because I had heard every Fred story and spent so much time in his Neighborhood that I wouldn’t cry. I still cried. For me it was Lady Elaine and Daniel Tiger’s duet of “Am I A Mistake”. The documentary argues so clearly that Daniel Tiger is a representation of Fred’s innermost self, that to hear this song in that expertly crafted context, it brought me to tears. The fact that everyone I have viewed this film with or even talked about this film with has cried is a testament to how Fred’s work was never for the masses, was never directed to millions. This may seem counterintuitive for a mass media production, especially one that emphasizes community, but the program itself and Fred’s work as a whole was always attuned and focused on one viewer and one viewer alone: You. This intimacy is something that will always connect us not only to Fred but to his Neighborhood, and this intimacy is the reason this film connects so clearly with all who watch it. 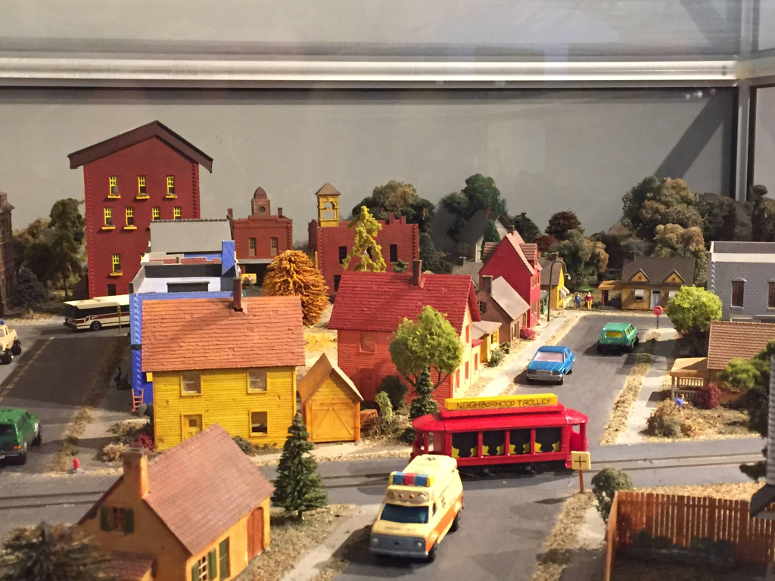 One of the best ways to observe this is how Fred would interact with both children and adults when they shared something they were passionate about on the show: from arts and crafts, to breakdancing to cooking. I would encourage my fellow nerds to especially check out clips on Youtube of his visit to the set of the Incredible Hulk program or when he and Handyman Keith take apart a Donkey Kong cabinet to see how it works. Fred’s second-hand stoke is palpable.

This curiosity and enthusiasm is part of how Fred built his own Neighborhood in such a way as to open it to people across destructive boundaries. The film focuses on one such episode when Fred and Officer Clemmons (the African-American police officer of the Neighborhood) share a pool together at a time when pools were segregated and African-Americans were being assaulted for integrating. In this integrated pool, Fred created a boundary-crossing space. Fred did these acts both on and off screen to embody the call to love your neighbor. The loving inclusivity of the neighborhood extended beyond his characters or even his audience: he embodied it in his relationship with his crew, his family, his church and his city. Won’t You Be My Neighbor is held together with this commitment. There is not a single person that knew Fred who won’t tell you that with Fred what you see is what you get.

I went in thinking that because I had heard every Fred story and spent so much time in his Neighborhood that I wouldn’t cry. I still cried.

His authenticity on and off screen was one way of living into his calling as Neighbor to all. This was not natural for Fred, nor was it easy. Fred had been picked on mercilessly as a kid because of his health, his weight, and his family’s wealth. Through conversations with his grandfather and his neighbors, observing the way his parents put love into action for their community, and the example of Christ modeled in each, Fred found a way to practice the Love of Neighbor in a manner that has impacted generations.

The theme of Fred’s work, that you are special, is a reminder that Fred believed in us. He believed that through loving our neighbors we could change the world: that we could end war, end segregation, resist commercialization and create reflections of hope and community everywhere we go.

Won’t You Be My Neighbor is a monumental and important work not only in how we tell Fred’s story, but in how we can connect to Fred Rogers’ life and work. I’m thankful for the unprecedented access that director Morgan Neville and his team were given to bring us a reminder of how we can each love our own neighbors the way Fred taught us.

Kevin Ireland
Kevin Ireland is a husband, father, comic book aficionado, and so-so pinball player. He is the senior pastor of First Presbyterian Church in Springfield of Flourtown, PA. Kevin is currently hard at work writing his first non-fiction book: "Special: The Ordained Work of the Reverend Fred Rogers." 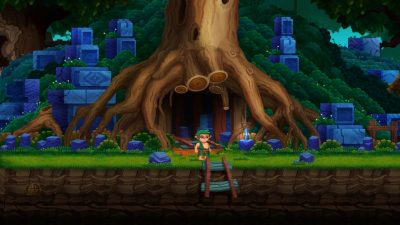 The Path of Motus Wants to Make You a Better Person

Kerry Shawgo
Video Games
Those who heed Path of Motus' lesson may find that it has changed their perspective for the better.