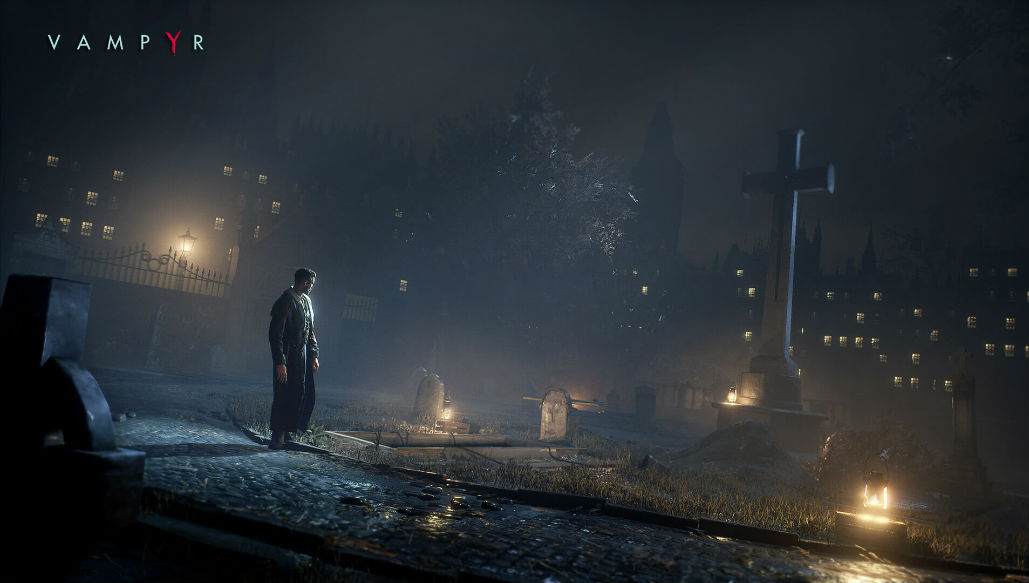 “People will always believe in monsters, it’s easier than believing in our own darkness. We can all be monsters.” – Vampyr

A not-so-little-known fact about me is that I love games with deep and intricate stories. I write about them, I created a group to discuss them, and they make up about 90% of the games I play.

In my experience, some of the most interesting story-driven games involve moral decision making. Games that ask the player to choose which shade of grey they think suits the protagonist best. Statistically, most gamers choose the moral high ground, even if it is the more ambiguous one. Morally activated, they play in ways that mirror their own real-life decision making. These games encourage this style of play, gently nudging the player toward “good” instead of “evil” and setting up penalties for those who choose to morally disengage. And then there are some games, like DontNod’s Vampyr, that justify moral disengagement with carefully positioned story and character-driven reasoning.

In Vampyr, you play as Jonathan Reid, a physician who wakes up in a mass grave with a new vampiric body and an intense thirst for blood. Your vision hazy and your thirst ravenous, you stumble along and reach out for the first, faceless person you find on the street. This just so happens to be your sister, which you don’t realize until after you’ve killed her. Thus begins Jonathan’s, and the player’s, moral journey amongst the dark streets of early, grungy 1900s London. 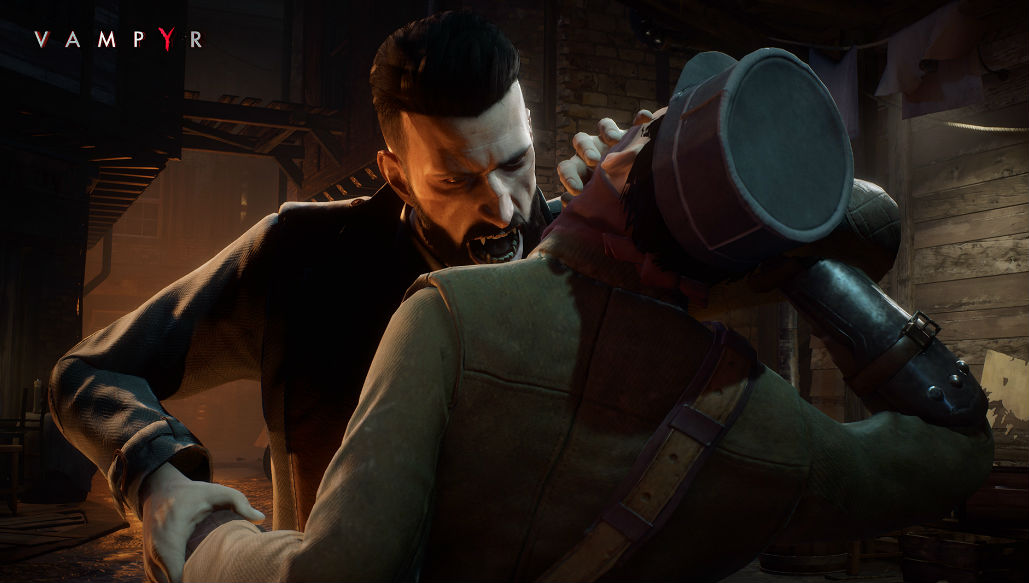 The game’s difficulty is determined by the number of people you kill, and Jonathan makes it clear, early on, that he is unsatisfied with killing just to quench his thirst. The option to bite people during battle is there, but I decided early on that, considering Jonathan’s character, biting people is not what he would want to do. I was acting both empathetically and moralistically, which the game seemingly encouraged. What the game doesn’t tell you is that, over time, fighting becomes more and more difficult if you avoid biting the thugs and vampires or use your special vampiric abilities during battle. You don’t get to sneak your way through alleys or decide which fights you want to take part in. In fact, even though the game emphasizes, in the beginning, how your choices shape the vampire you become, the game wastes no time in encouraging you to “feed on the citizens of the city to become more powerful.” Personally, it felt as though the game sold me on a false sense of moral investment it never intend to give.

There are vaults of subreddits that discuss the “illusion of choice” in video games. Games that allow the player to choose an option but, in the end, all options lead to the same conclusion. What Vampyr unfortunately does is offer choices that lean heavily on morally disengaging the player, making an amoral decision seem like the “right” one. This isn’t uncommon in video games, however it is uncommon for the game’s developer, DontNod, who is known for presenting choices in a way that morally activates and encourages the player to react in their popular, story-driven series, Life Is Strange.

I just finished a playthrough of Papers, Please, a game that placed me into the shoes of a border agent accepting bribes and snubbing my nose at sob stories from foreigners. My reasoning: make money to feed my family and keep the heat on in, what I assumed, was our tiny apartment. In an extensive study done by at Baylor University in 2012, it was shown that, in a tested group of around 100 gamers, when given justification for what would usually be amoral actions or responses—a proposed sense of mercy or justice, protecting teammates, feeding your family—over twenty percent of the group successfully morally disengaged to do what they saw as the best option even if it meant taking the “wrong” path. Games with darker premises, similar to Vampyr, often use this to guide the player into different, more ethically challenging territory than where they would find themselves in everyday life. And while this style of storytelling can be and is important, the result has to be worth the price. The player needs to be left with a satisfaction that all of the “bad” decisions equalled out to something they felt was “good.”

Personally, it felt as though the game sold me on a false sense of moral investment it never intend to give.

In Vampyr, I never felt that I received compelling enough reason to ignore my morals and never felt the conclusion justified Jonathan’s journey. In less involved games, this may have worked (you don’t need justification for performing a “finishing move” on Sub-Zero in Mortal Kombat), but when you present a story that asks the player to become a protagonist dealing with his morality (and mortality), there needs to be payoff for that emotional investment.

Friedrich Nietzsche said that “to be ashamed of one’s immorality: that is a step on the staircase at whose end one is also ashamed of one’s morality.” The processes of moral activation and moral disengagement are, in my opinion, both needed in video game storytelling. Even moral disengagement allows the player to experience and enjoy and, in a way, create their own story, carefree of implications once they log out. Vampyr attempts to combine the two with a story that asks the player to act morally yet slowly guides them down a path leading only into darkness and expects the player to be “okay” with it. But humans naturally clamor towards reasoning behind what they do and if you yell into the gaming abyss, “Why am I doing this?”, the last thing you want to hear is the protagonist yell the question back to you as he ingests the blood of yet another London citizen.

While I cheer DontNod for diving into uncharted territory, it’s also extremely evident that this is their first attempt at this type of game. They excelled in character interaction (no surprise there) and creating a visually compelling world, but fell short with keeping the story tied together in a way that kept the player invested and with gameplay mechanics that are usually a staple for the genre.