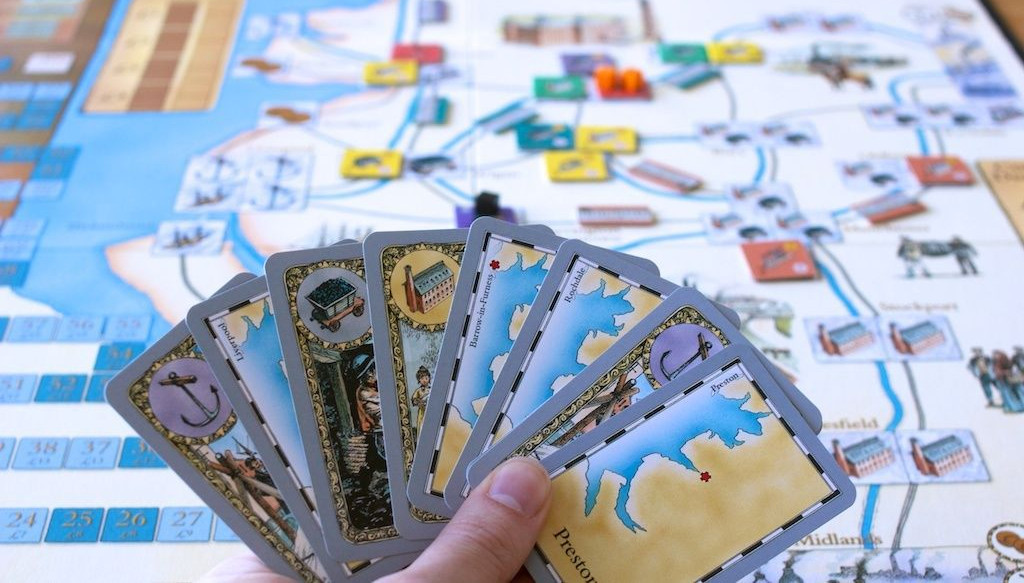 Let’s take a moment to appreciate the Eurogame. I’m not talking about the Euro-inspired hybrid designs that we see so often today (think Scythe or Dungeon Lords). Those are great, but I’m talking about the hardcore, “pure” Eurogames, where the board is various colors of beige and you’re, like, planting beans or visiting a market, and that’s the whole game. I’m talking about the low-luck, no direct interaction, no player elimination, capital-E Eurogame. 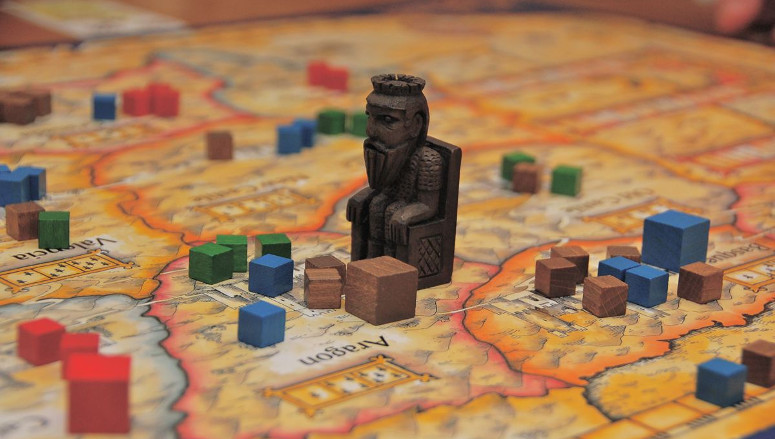 They came to popularity among tabletop gamers in America with Settlers of Catan almost 25 years ago and are now a big business. Euro-influenced design is everywhere now, and even the most smashy, shooty, plastic-mini-filled Kickstarter extravaganzas are guaranteed to contain at least some mechanisms first conceived by a dour German. Granted, much of what we attribute to the folks across the pond could otherwise be called common sense design ideas, like not kicking someone out of the game part of the way through.

The “purest” kind of Eurogame is a family game. We can see this tradition with the Spiel des Jahres award, the most prestigious in our hobby, which specifically celebrates the kind of game simple enough for multi-generational kitchen table play. Catan is super simple in its gameplay. So is Carcassonne or Ticket to Ride. Even something meatier like El Grande is much more streamlined than most of the area-control games it inspired.

When a game allows people to build up rather than destroy, they can feel like they’ve made progress, no matter what the final standings say.

Take a look at the most popular games on BoardGameGeek from the years 1990–2000 and almost universally you see games that gamers now would call “light” or “mid-light.” The only exceptions are the wargames. Now if you look at what’s hot you’ll find a wide range of complexity, and there’s a consistent market for the “heavy euro,” with its complicated mechanical webbings.

But the Euro-design philosophy was a refutation of popular mass-market games of the time. Instead of Sorry!, with its frivolous die-rolling and unnecessarily cruel combativeness, you get Carcassonne, where players are competing much more indirectly, and may actually help each other as they collectively construct the “board” in front of them. Sure, the participants are competing, but there’s nothing cutthroat about it.

The traditional Eurogame should be celebrated. What does it do so well? 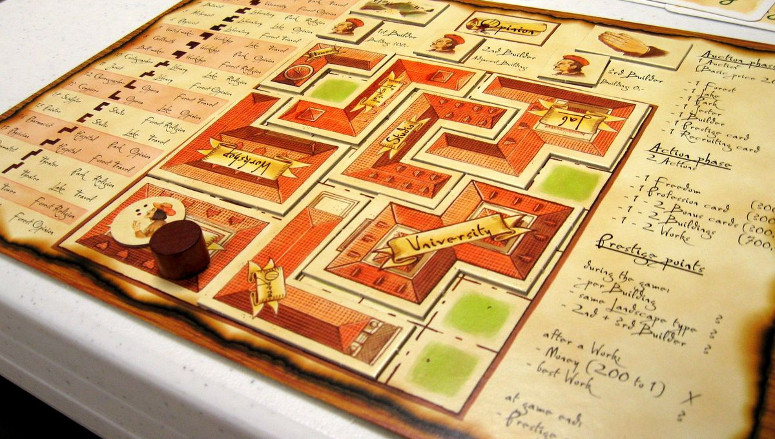 Build Rather Than Destroy

The Eurogame is the first major style that prioritizes building rather than destroying. The earliest games focused on luck or combative strategy—simple games of chance that evolved into casino games or brutal slugfests like Chess. Even Go, in which players build up pieces on the play surface, is ultimately about capturing your opponent. Monopoly has players constructing hotels on valuable real estate, but with the predatory goal of bankrupting everyone else at the table. Wargames are obviously about destruction.

But show me the end state of nearly any Eurogame and I’ll show you a space developed, not destroyed. Most have players pursuing the same goal, where the winner is simply the person who accomplished that goal quicker or more efficiently. They didn’t have to bring others down to build up their own position. 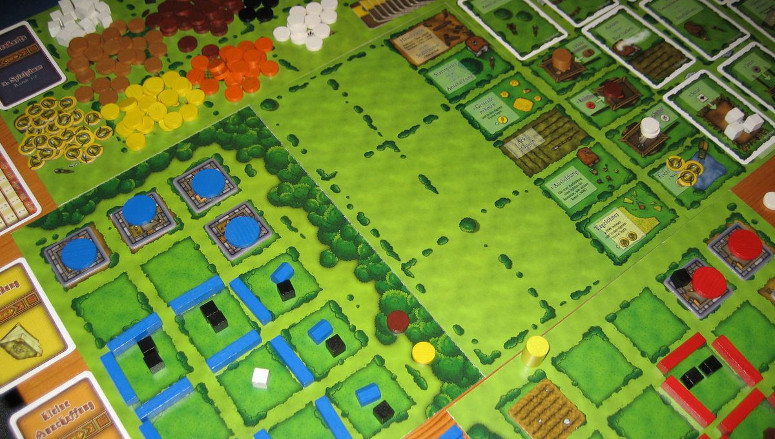 This isn’t specific to Eurogames, but in them it is applied with a gentler hand. By focusing on indirect interaction, Eurogames allow players to change the challenge facing their opponents without directly being that challenge. A wargame has both sides maneuver around the battlefield, their armies providing the goal and barrier to that goal. The farming-themed Agricola presents a goal to all participants: create a diverse and functioning farm, and the players mutually change each other’s options in the pursuit of that goal.

The friendliness of this approach is no more clearly illustrated when it comes to advice-giving. If I’m pitched in a heated battle for the fate of Middle Earth in War of the Ring, I’ll be much more careful about helping my opponent when they have questions about the game, because information that grants them a strategic advantage directly hurts my position. If I block a space in Agricola and disrupt the next player’s plans, I’ll have no qualms helping them figure out an alternative course of action. 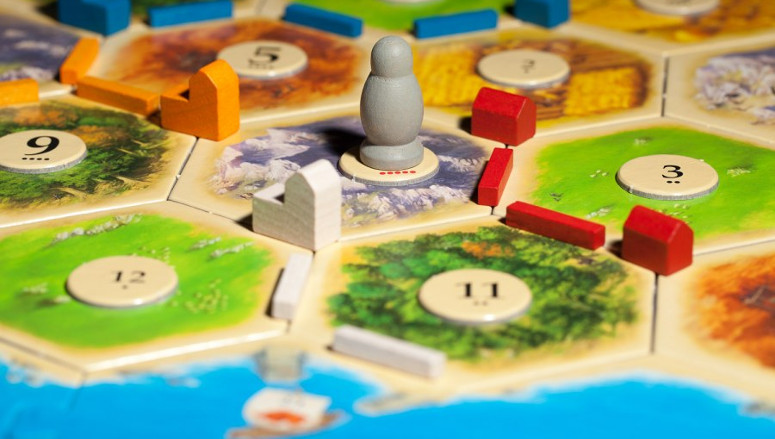 Resources and robbers in Settlers of Catan (1995)

Regardless of who wins or loses in a Eurogame, everyone accomplishes something. You might have missed all of your routes in Ticket to Ride, but your trains will still be all over the board. Maybe you’re bad at Catan, but you can still set intermediate goals for yourself. Shoot for longest road, or try to build up a certain number of cities. When a game allows people to build up rather than destroy, they can feel like they’ve made progress, no matter what the final standings say.

The other day I was playing Nusfjord, the delightful Nordic fishing game from Uwe Rosenberg (Agricola, Caverna: The Cave Farmers, Patchwork). Amidst rounds of fishing, appealing to town elders, and trying to find the right building to construct on my property, I thought, simply, “this is so pleasant.” Sure, other games may reward skill more, or simulate a scenario more accurately. Other games might have more exciting themes or embrace high adventure. But let’s stop and appreciate the Eurogame every once in a while. They’ve transformed our hobby over the last couple of decades and pushed game design into new exciting directions. And they’re just nice. 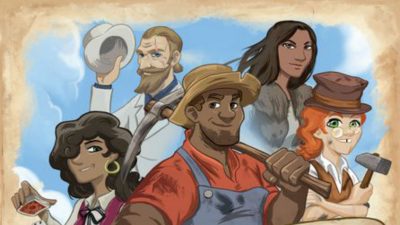