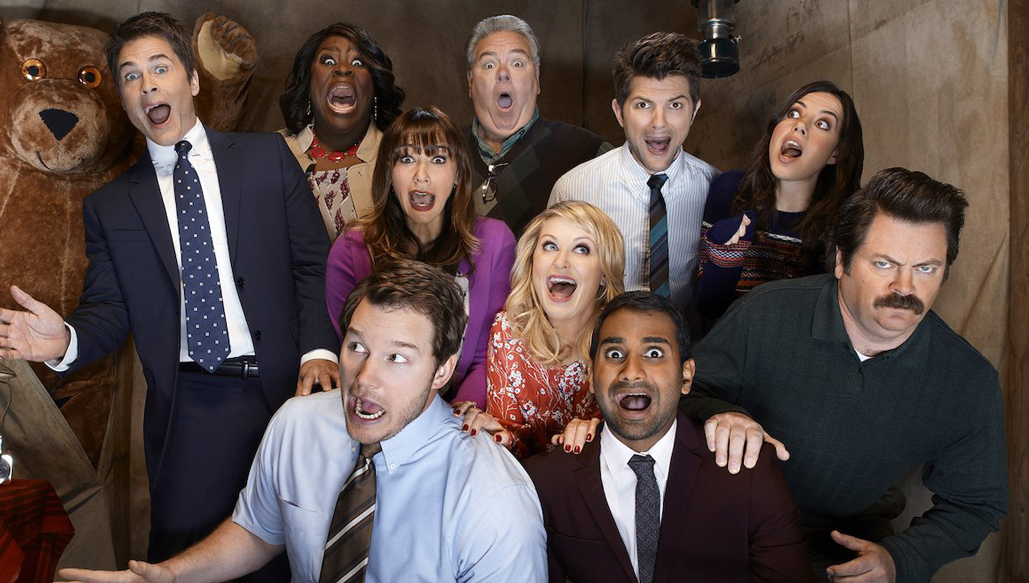 Holding out Hope in Parks and Recreation

In C. S. Lewis’ The Screwtape Letters, the eponymous elder demon is disappointed that his apprentice, Wormwood, has failed to prevent someone from becoming a Christian. Screwtape suggests that Wormwood should push this human to focus on the appearance of other churchgoers. “Provided that any of those neighbours sing out of tune, or have boots that squeak, or double chins, or odd clothes, the patient will quite easily believe that their religion must therefore be somehow ridiculous.”

It’s easy to be hopeless toward people, but to be wholly hopeless means rejecting the real possibility of personal growth, as slow as it can be.

Observing and assuming go hand in hand with being human. My mind instinctively pulls from my experiences and associations to concoct narratives based on their wording, appearance, tone, expressions, and body language. If I’m not diligent, this mental vetting builds walls between myself and others that are spray-painted with warnings to ward myself away from them; these walls dissuade me from climbing over them to make connections—to see the humanity and accept the flaws in others.

Parks and Recreation is a satire of small government employees that accentuates their shortcomings with the eccentric, small (and fictional) town of Pawnee, Indiana, which has an antiquated, discriminatory past that partially persists in the present. The show follows Leslie and her attempts to make it up the political ladder through the parks department. Early on, she reflects her town’s lacking moral conviction by resorting to trickery and lying. 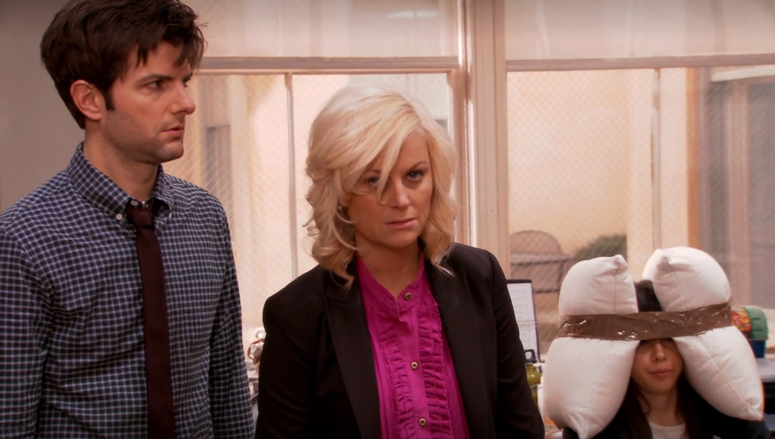 Her boss, Ron, is the very leech he proposes government to be by skirting his responsibilities and keeping to himself. Leslie’s assistant, Tom, is a sleazy narcissist who will do anything to save his own skin. Andy is slothful; Jerry is spineless; April is spiteful—the list goes on. Only a handful of characters, like Ann, are decent from the start, but even she commits insensitive actions that made me gasp in disbelief.

I mentally vetted Parks and Recreation’s foolish characters, seeing them as irredeemable and insincere. Even when the characters learn from their mistakes and do good deeds, they turn back to their vices the very next episode. I’ve been slowly reminded that it’s easy to be hopeless toward people, but to be wholly hopeless means rejecting the real possibility of personal growth, as slow as it can be. You won’t see it if you don’t expect to find it.

Satire cuts closer to truth than I wish to believe, compounding the cruelty and insanity people have resorted to in a reciprocal war of dehumanization where everyone loses.

I knew these characters deserved what misfortune came their way, but I still desired for them to be better. I empathize with God and His tumultuous relationship with the Israelites since He was torn between joy and disappointment with their endless cycle of repentence toward and rejection of Him. Yet it is God’s way to make fools His followers (1 Cor. 1:27-28). We’re all fools, but I need not believe all are incapable of being nothing but foolish.

I have to be patient and forgiving. 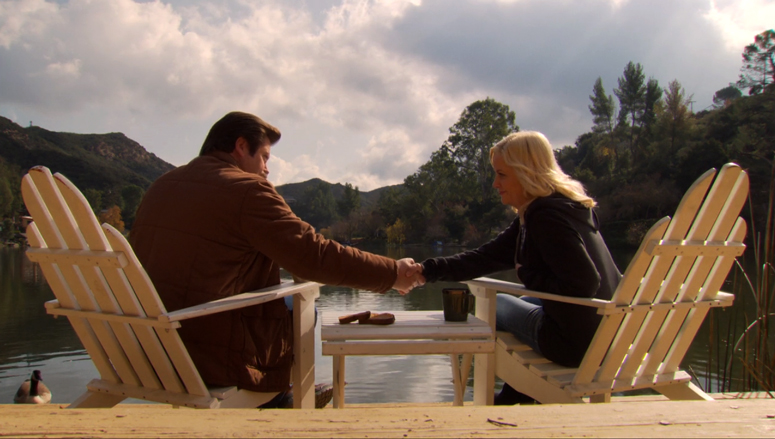 It’s hard because the show isn’t far off from what I see around me in culture and politics. The Onion and The Bablyon Bee cut closer to truth than I wish to believe, compounding the cruelty and insanity people have resorted to in a reciprocal war of dehumanization where everyone loses. Sometimes I chuckle or laugh at how these things happen, but it’s not in humor. It’s in dark disbelief.

We have to be patient and forgiving.

Season by season, Leslie demonstrates her lack of stomach to do wrong to attain higher status. Her pride may get in the way a lot, but her heart is inclined to the Golden Rule (Matt. 7:12), making her a paradigmatic public servant. Ron grounds her with his pragmatism and, in turn, she softens Ron’s pessimism. He has moments as a bona fide sage, deeply listening to and observing his peers to offer a helping hand or piece of wisdom when they need it most. Tom throws away much of his earnings, but one time, he gives a sizable sum to her when she makes a hard decision to turn down money at honor’s expense.

The mistakes and wrongs they make mean we shouldn’t ignore the good they do. We have and will always need to connect with the helpers in spite of their flaws, for they give us hope.

Andy and Jerry have undying contentment with their circumstances that help others see there’s always a reason to love life and people. When Jerry has a heart attack and medical bills to pay, he smiles at Leslie in his hospital bed with a twinkle in his eye, saying, “You can’t actually plan your future. You know, there are no guarantees in this world. As long as the people I love are a part of my life, I will be just fine.”

April finds joy in watching other people’s misfortune, especially if they’re grossly optimistic. Yet she marries Andy and gives him her love and time to curb his naivete. April knows that mischief needs to stop when someone is hurting, even showing compassion to Chris: the most optimistic person in existence. At one point, Chris is shown hugging and encouraging a crying woman. Tom asks who she was, and Chris replies, “I don’t know. I saw her crying, and so I helped.” 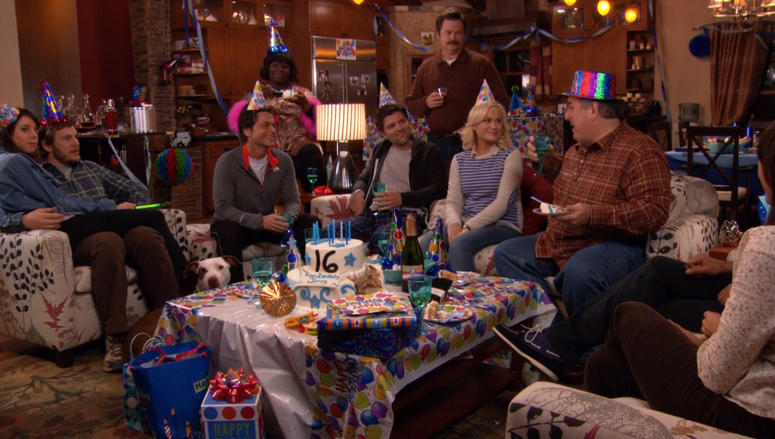 Fred Rogers often repeated something his mother told him as a child:

“‘Always look for the helpers,’ she’d tell me. ‘There’s always someone who is trying to help.’ I did, and I came to see that the world is full of doctors and nurses, police and firemen, volunteers, neighbors and friends who are ready to jump in to help when things go wrong.”

Pawnee’s government workers are those people. The mistakes and wrongs they make mean we shouldn’t ignore the good they do. We have and will always need to connect with the helpers in spite of their flaws, for they give us hope—a hope where we do “not grow weary of doing good, for in due season we will reap, if we do not give up” (Gal. 5:9).