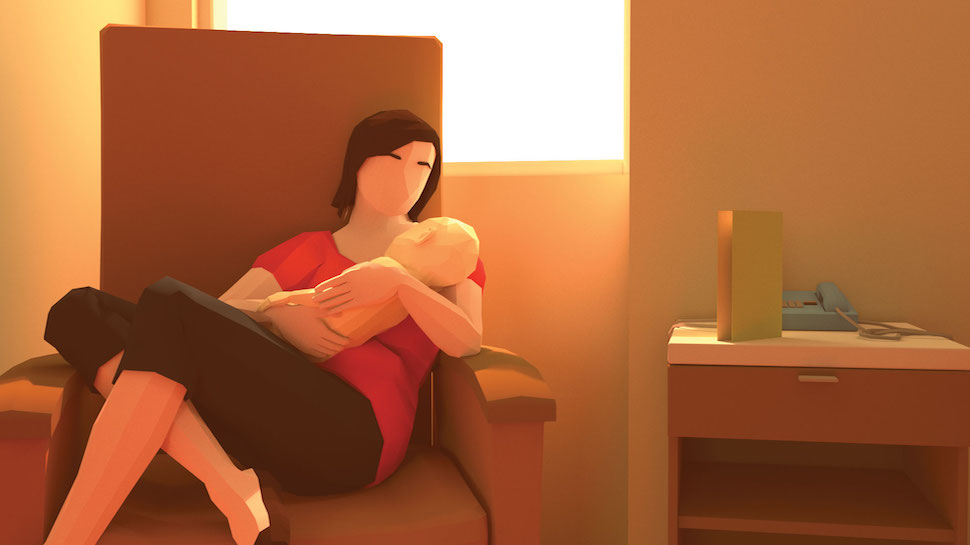 Graceful Contradictions in ‘That Dragon, Cancer’

Recommending That Dragon, Cancer is easy, but playing it is much harder. Along with games like Her Story and The Beginner’s Guide, That Dragon, Cancer joins a growing chorus of games that show how video games are much more than mere entertainment. I can’t think of another game whose conclusion has left me shedding tears of both mourning and joy. At the center of the game is the Greens’ experiences with their son Joel, who as a very young child suffers and eventually passes away from cancer. The game brings us close to the reality of that suffering, both on the part of little Joel and for his parents and siblings.

Water is a constant presence in the game, shifting from a pleasant trickling stream to a raging torrent, to a placid surface offering solace from the tragedy of a life cut short. Whether as an image of baptism, drowning, or flooding, the centrality of water is apropos of the Greens’ faith, which comes through very strongly throughout the game. They offer prayers, ask God for explanations, and look to the Bible for wisdom in the face of a bleak reality: their child will die. But the Christian faith is nothing if not replete with contradictions: life springs from death, the poor are promised great reward, burdens are light, and joy abides in the presence of terrible grief.

That Dragon, Cancer conforms to our expectations while at the same time upending them in a way that mirrors the contradictory expressions of faith that are manifested in Ryan and Amy’s responses to Joel’s illness. Without resorting to a formulaic representation of grief, the game walks players through the varying ways that Joel’s parents face his illness and death. Amy hopes and prays for a miracle—even in the midst of strained and trying clinic visits—but her almost exuberant expectation of healing is contrasted to Ryan’s restrained sense of the inevitable end. 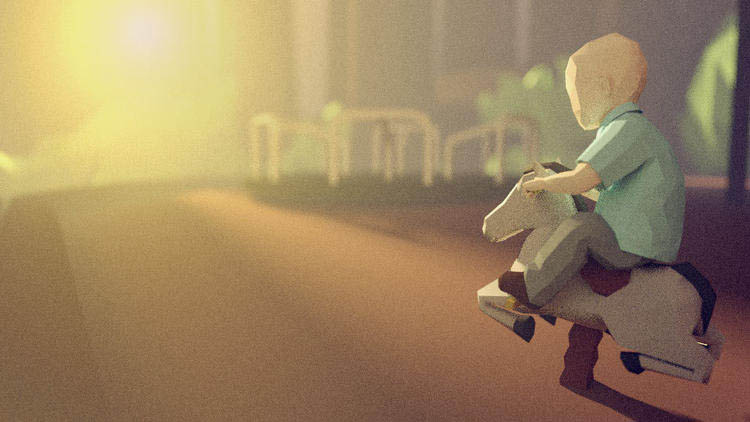 The distinctiveness in their emotional responses highlights a couple wrestling not only with how to articulate how Joel’s cancer impacts them, but also with how to relate to one another through these contrasting feelings. Theirs is not a perfectly formed united front; dealing with doctors and hospitals and the specter of their own child’s death takes its toll. The Green’s self-portrait is not always flattering, which is why their story works so well in an interactive medium. We relate to their doubts and questions.

However, in seeking to bring these doubts before its players, That Dragon, Cancer effects a masterful integration of the Greens’ family life into the game while also makes one misstep. Throughout the game, players encounter a vibrant soundscape drawn from recordings of the Green’s family interactions, and these moments reinforce the game’s sense of authenticity. In one section Ryan Green tells a story to his children, from which the game takes its name, and the presentation of this moment as an unscripted look into how Joel’s siblings encountered his illness works so well that I almost felt as if I too were seeing the experience through the lens of this fatherly parable. Yet in several sections Amy and Ryan offer dramatic readings of personal reflections on their faith, family, and relationship during Joel’s illness. Unfortunately, these readings are rarely as compelling as the more natural audio vignettes. While the sentiment of the reflections is powerful, the readings themselves feel slightly overacted in a way that can distract from the elegance of the game as a whole.

But this is a small hiccup in what is otherwise a masterful insight into the agony of grief. At the end of Shakespeare’s King Lear, the devastated Lear looks upon the lifeless body of his daughter and asks a heart-wrenching question: “Why should a dog, a horse, a rat, have life, and thou no breath at all?” That Dragon, Cancer brings us face to face with the inscrutable contradiction of death, and the heart of Lear’s question hovers throughout many of the game’s moments. Rather than hammering players with continuous moments of agonizing grief, the game incorporates what at first might appear to be tone-deaf minigames (like a go-kart race or an arcade side-scroller), which are then laden with more somber significance. These moments of aesthetic contradiction underscore the question of death and grief in the game: how can fun and enjoyment exist in world where my child does not?

Hand in hand with the contradiction of grief and death, That Dragon, Cancer is built with a compelling symmetry that speaks to the epic scale of the Christian story itself. Players begin and end the game in a garden of sorts, a forested playground, which in the beginning is slowly invaded by large sea-urchin-like shapes, indicative of Joel’s cancer; the game’s conclusion returns us there, with a gesture to the “life of the world to come”—a hope echoed for centuries in the Nicene Creed. As I played the game, this symmetry drew me into the Greens’ story more than any other element of the game. The grief they have experienced and are now sharing is both deeply personal and also shared by so many others. By shaping their grief and their hope through and with this game, Ryan and Amy Green draw us not only into their lives but into the common grace of the Christian faith.

The wide-ranging press that That Dragon, Cancer has already received shows that its appeal extends beyond players who share the Greens’ faith. By suffusing their story with elements of scripture and prayer, this game offers an expression of Christianity that asks hard questions shared by many. Oftentimes, so-called “Christian” versions of existing entertainment genres fail to extend beyond a narrow subset of our culture—remaining walled off behind a religious barrier that refuses to allow cultural creativity to flourish. In his book, Culture Making, Andy Crouch urges Christians to move away from the cultural suspicion that can feed this separation and toward cultural contribution and participation. Crouch’s book offers an inspirational vision of how Christian artists, creators, and makers can see their work (vocational or otherwise) as contributing to the fabric of human creativity and expression—a testament to humanity as God’s image-bearers. Like the Greens, we can and should make real and beautiful things. In the words of Dorothy Sayers, the best expression of the Christian faith for a carpenter is that she makes good tables. Amy and Ryan Green have made a very good videogame. 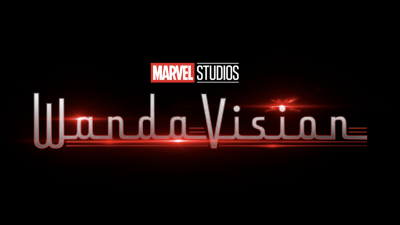 LTN Writers
Reflections
Each week, as WandaVision dropped episodes on Disney+, LTN Writers reflected on the episodes and shared their thoughts on the episode and Wanda's journey in the show.

Madeline Turnipseed
Video Games
A Mortician's Tale gives players a glimpse into the reality of care after death and examines how we can best respect the deceased.