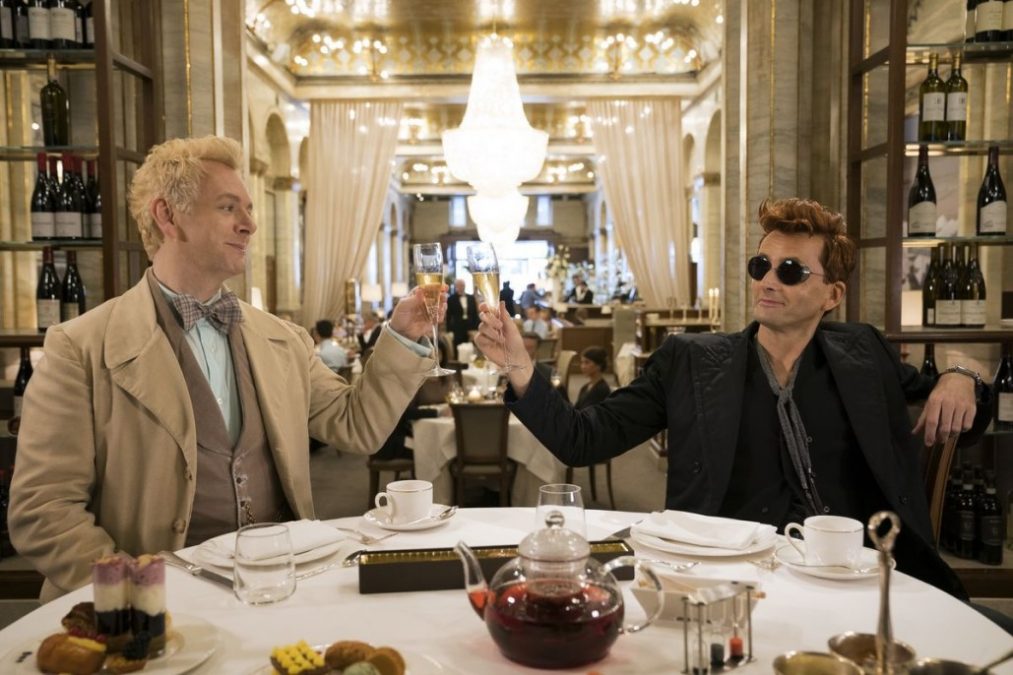 Amazon Prime’s newest miniseries, Good Omens, has done the unimaginable: It tells the story of an unlikely union between polar opposites, a book and it’s screen adaptation. Oh and the friendship between an Angel and a Demon.

Good Omens is based off the 1990 novel of the same name, written in collaboration between Terry Pratchett (the Discworld series) and Neil Gaiman (American Gods, Coraline). The book tells the wacky tale of an Angel and a Demon who have known each other since the Garden of Eden and decide to work together to try and prevent Armageddon. The Amazon Prime miniseries stars Michael Sheen and David Tennant and is a hilarious and joyful romp of television, but it did something even more amazing. Amazon’s Good Omens might be the best book-to-screen adaptation I have ever seen!

Film adaptations have been around nearly as long as film itself. With advancements in modern filmmaking, more and more stories previously confined to our imagination are being shown on a screen. Some of the most successful films and television shows of the past 20 years have been adapted from books, the prime examples being Harry Potter, Game of Thrones, and the entire genre of superhero films. But inevitably, we all have our own idea of how an adaptation should be and thus the debates begin: Was the book or the adaptation better?

So what makes a good adaptation? The answer is not cut and dry. Some believe that an adaptation should remain as true to the source material as possible. Others think that an adaptation should bring something new to the table, enhancing what came before. Let’s take a look at Peter Jackson’s Middle-earth saga. One of the most iconic scenes from The Fellowship of the Ring is the battle with the cave troll. In the book, the scene only takes up about half a page, but in the film, it becomes a 10 minute, well-shot, choreographed fight spectacle that enhances the tension of the plot. It took what was already on the page and improved upon it in a visual and dramatic level.

Now, look at a film like Zack Snyder’s 2009 film, Watchmen, adapted from Alan Moore’s critically acclaimed graphic novel of the same name.  While not being quite a box office hit or flop, Watchmen ran the gamut in terms of reviews, receiving praises from some like Roger Ebert, and also being called by others as “mediocre” and “disappointing” by others. Ironically, both negative and positive reviews agree that Snyder’s Watchmen is actually a pretty faithful adaptation of Alan Moore’s work. Depending on who you ask, this is what makes or breaks it.

Alan Moore’s original comic was considered experimental and innovating when it was released in the late ’80s, and the adaptation of what was considered new and groundbreaking in comics didn’t really adapt well into a film some 20 years later. The Atlantic’s Christorpher Orr put it best in his review: “Snyder is loyal to his text to a fault […] But there are problems both with the tale, which was an awful lot more subversive 20 years ago than it is today, and the telling, which in contrast to Moore’s radical experimentation is disappointingly staid and straightforward, imprisoned by its own legend.” So it puts us in a weird position. Should an adaptation be loyal to a fault or be given the freedom to be its own piece of art?

This is why I think Good Omens threaded the “adaption” needle perfectly. A big piece of the puzzle is Neil Gaiman himself. Both he and Terry Pratchett had been trying to get an adaptation of Good Omens made for years without any luck. Pratchett sent a letter to Gaiman before he died in 2015, telling him that he needed to be the one to adapt it if it was ever going to be made. Gaiman treated this as a last request from Pratchett and went to work. Gaiman—while also being an accomplished writer, is also no stranger to screenwriting—knew what it would require to create a solid script for a show. Combined with his familiarity with the source, Gaiman knew what was important to keep, to cut, and even to add, including ideas and elements from his and Pratchett’s unfinished sequel.

Complex or experimental stories can be amazing reads and can become amazing adaptations as well, but adapting something complex is … well … complex.

You absolutely cannot discount the source material when considering the success of an adaptation. While Lord of the Rings was a wordy epic written decades ago and Watchmen was an experimental envelope-pushing comic, Good Omens is a simple comedic novel. While the story includes some less common elements like dimwitted satanic nuns, aliens, and bookshop loving angels, it’s written in a fairly straightforward way that mimics the storytelling and plot of a show or miniseries. Complex or experimental stories can be amazing reads and can become amazing adaptations as well, but adapting something complex is … well … complex. It is why most movies and stories can be boiled down to the same basic frameworks. Why fix what isn’t broken?

The fact that Good Omens was an Amazon Original helped as well. It’s no secret that the new and original shows found on streaming platforms have become some of the best shows of the past decade, and that is in large part due to the freedom the creators and showrunners are given compared to traditional cable shows. Many times in the entertainment industry, the studio tends to help in decision making. While rarely ever confirmed in an official capacity, it is widely assumed that sometimes those decisions the studio makes are not always in the best interest of the story. By giving the showrunners of a show the freedom to move around it allows them to try new things. Things that aren’t proven to work but could pay off in a big way with the audience. For example: the Queen soundtrack in Good Omens. Queen’s music plays a recurring role in the original book, but what’s free to reference in a book costs music royalties to actually play on screen. For tv and film, the cost of licensing music can sometimes cost upwards in the thousands of dollars. That would cause pause for anyone in charge of a production budget, and Amazon could have easily gone a different direction, not using Queen, with little impact to the story, but in the end, they did include Queen. It wasn’t necessarily easy to do, but it truly let the adaptation shine. 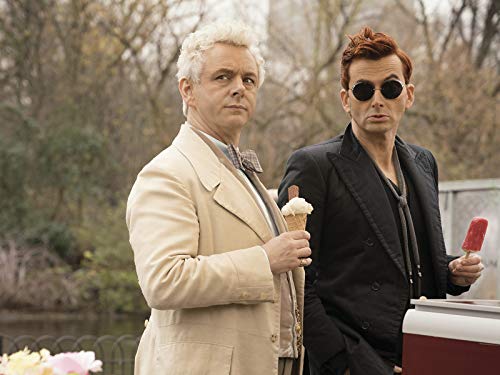 Good Omens is a great show, a great book, and a great adaptation. I could talk about it till the end of the world, but what makes it a great adaptation is the result of a wonderful cocktail. A cocktail mixed from a passionate creator, great source material, and a willing sponsor. These ingredients don’t always mix, in the case of Good Omens however, they mixed so well one could say it was “ineffable.” 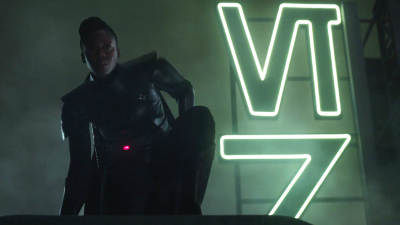