In the late 90s and early 2000s, my wife worked at a local cineplex with 12 screens. It was my dream come true (except for the smell of old popcorn as she crawled into bed at 2 a.m.). I’d spend Saturdays going from movie to movie and enjoy staff-only midnight premieres. But when it came to theaters making ends meet, I was in for a surprise.

Recently I enjoyed reading WIRED’s article, “The Streaming Wars Could Finally End in 2021”—up until the end. An analyst estimated the pandemic cost the global film industry $32 billion in 2020, stating some theaters might not survive. Following this, Denis Villeneuve, director of the forthcoming Dune, agreed, warning that streaming can’t sustain the film industry “as we know it.” I was shocked, but not for the reason you might think.

Whether a film or show is “good” is subjective, but when we support stories and art which are good, true, and beautiful, we’re advocating for more people to watch, and for the industry to make more of those types.

The implication is that audiences must swarm theaters to save the industry. But back in the early 2000s, theaters kept only 20 percent of ticket sales, and now, twenty years later, they’re only keeping around 40 percent, with concessions making up the rest. So if people stopped ordering popcorn and Cokes, theaters would close. No wonder a Snickers is $75.

I think the film industry “as we know it” must change. Maybe COVID-19 was the “end of the world as we know it,” but we can help shape the future! Whether a film or show is “good” is subjective, but when we support stories and art which seem good, true, and beautiful, we’re advocating for more people to watch those kinds of films, and for the industry to make more of them. Here are four actions we can take to keep this going in supporting the film industry.

There are many options for streaming, and you can read a guide for the platforms through this link.

Pay for what you watch

If you’re illegally downloading movies or “sharing” a streaming subscription—stop. Anti-piracy ads are lame and, yes, studio fat cats are overpaid. But a worker is worthy of their wages and, as the Good Word says, we should render unto Caesar what is Caesar’s. The same should apply with the media we watch. Whether it’s a simple, explosive blockbuster or an innovative, animated film, your money is your vote for studios to make more of the things you like. So pay for subscriptions, and add-ons, as well as purchasing shows and movies.

Check out the indie scene

Check out indie productions, different types of film, and harder-to-find content, too. If you can’t attend a film festival (often a big boon for movie theaters, studios, and creators), look up what the fest is showing, then get the films on your own. You can also go to indie theaters and directly support small creators and projects through crowdfunding sites like Kickstarter. Also check out these support initiatives like online fests, screenings, clubs, and tons of info for making your own productions. 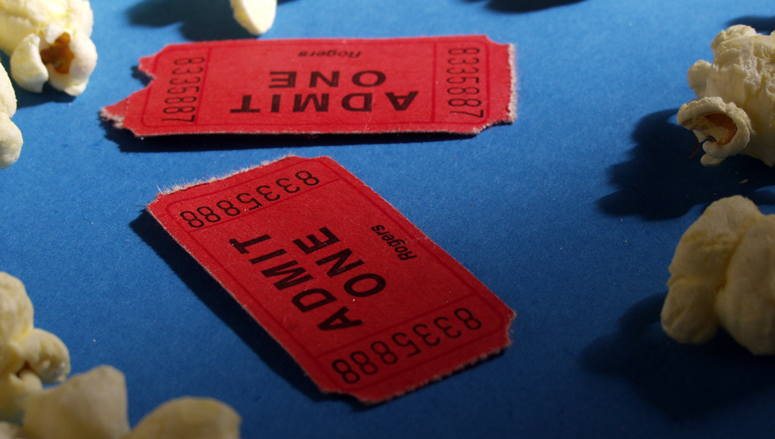 While many theaters remain closed, some have instituted standard practices as well as their own to facilitate safety. Be sure to check your theaters’ policies.

As you watch lesser known content, post reviews and even memes to make people aware. Consider cosplaying and posting from these productions to broaden other people’s horizons. You can also signal boost local theaters that are open and see what’s playing. Let people know you’re excited about the low-budget faire just as much as the blockbusters.

Going to all theaters big and small, especially during and post COVID, can be a safe experience. I opted to buy Raya and the Last Dragon on Disney+ while the editor of this article watched it in the cineplex with all social distancing practices. So if you’re comfortable with a theater’s policies and they do a good job with them, tell people either through word of mouth or social media. You may convince some people it’s finally safe to go out and enjoy some entertainment.

It’s important for us to know where our money goes and how to support jobs. Hopefully you reward good storytelling and art by paying for what you see, watching different types of film, invoking the power of social media, and supporting local businesses. And get a $75 Snickers sometimes for the sake of film.