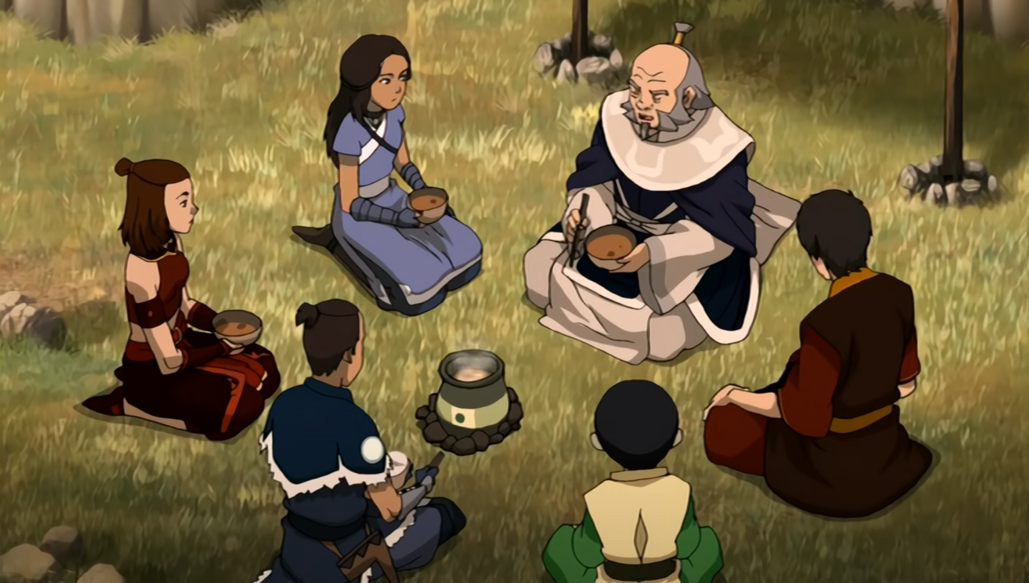 Four Characters We Love in Avatar: The Last Airbender

Avatar: The Last Airbender premiered on Netflix over a month ago, and since then, it has broken records for the streaming service. But why would an “American anime” from the mid-2000’s still resonate as strongly today as it did all those years ago? Some of Love Thy Nerd’s writers have come together to show this is from the heart and depth of its cast of characters.

Poor Sokka. Avatar: The Last Airbender often gives us a glimpse into what it is like to be a normal human in the company of superheroes and the savior of the world. While Sokka usually takes it in stride, humorous moments with him illustrate how helpless he must have felt at times with no bending powers to bring to the group. Except Sokka isn’t helpless. Sokka has an amazing power that he brings to the group—human decency. He is always a grounding force to the group, helping them deal with momentous, nation-shattering events with everyday kindness, compassion, and humor; there is something very Christ-like in that. Jesus does not ask His followers to shape the world through might and flare; rather, Jesus wants His followers to shape the world with humility, love, and neighborliness. Sokka is constantly being humbled even when he has a right to brag about skills like his melee combat prowess, but that isn’t his superpower. His superpower is the humility of embracing his powerlessness, and in that, his outlook and wisdom helps change his friends and the world. 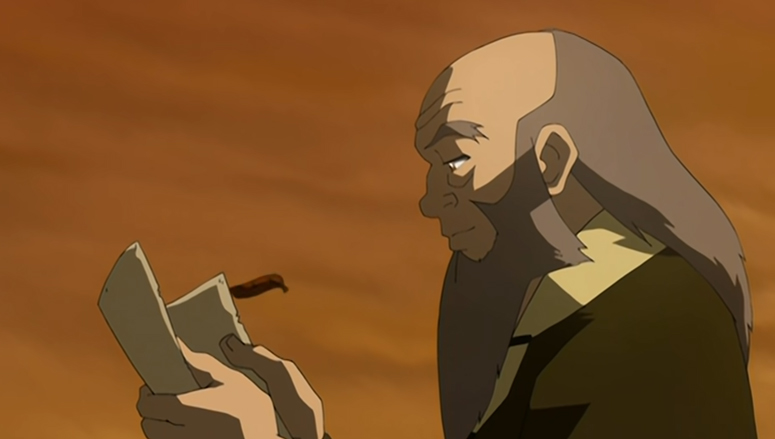 Uncle Iroh is the family member I always wish I had. To be clear, I do have a wonderful family, but Uncle Iroh is at once the most compassionate, patient, and intense character in Avatar that I wish I were related to. His intensity is much more subdued than characters such as Azula or Azulon, but the view of Iroh as a simple fat slob could not be further from the truth. He is a beautiful example of the power of human emotion in the midst of the dehumanization that is warfare. The conquest march of the Fire Nation takes a very imperialistic, pragmatic view of the rest of the Avatar world, thinking much more about what the other cultures can provide for the Fire Nation rather than what the individual citizens cantruly provide with the beauty and strength of their cultures. Iroh sees this perhaps better than anyone else in the show. He recognizes the worth of each individual, as well as understanding the value of small creature comforts. Hot tea, a good game of Pai Sho, and a great affinity for those he considers to be family are far more important to him than grander measures, which is a great lesson for our modern world as well. He also is compassion incarnate throughout the show. Zuko gives Iroh every opportunity to disown or dislike him, but Iroh is almost patient to a fault. Ultimately, he shows that compassion, empathy, and love are the true agents that bring about change in the world.

I just adore Prince Zuko. He’s impossible to hate even though he was cast as the villain at the beginning of the story. All of the characters are shown to be capable of both good and bad, and Zuko is no exception as a multi-faceted character. Zuko’s defining struggle is his search for honor, but then finding another purpose that shows him a path toward redemption. I think viewers can relate to Zuko especially because our mistakes can plague and haunt our hearts and minds. While we’re searching for our purpose in all the wrong places, lots of self-loathing can come to the table. Through love, the right way can open up before us, but it’s ultimately up to us to choose that path or not. Zuko has that opportunity offered to him once, and he almost takes it until temptation wins him over. But that isn’t the end of Zuko’s journey. It takes time for him to finally realize what the right thing to do is, as Iroh demonstrates in embracing him with open arms when Zuko finds his way. We can recognize Zuko’s choices and actions in our own walk of faith, and can be encouraged that no matter how many mistakes we may make on our journey, Jesus is always there ready to embrace us when we are ready to return to Him. 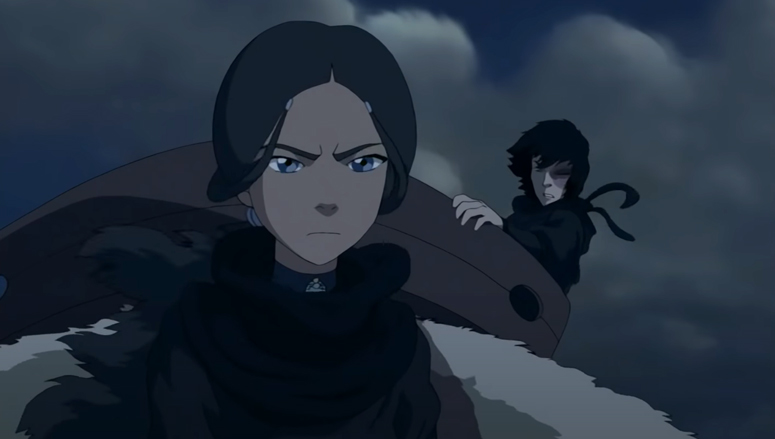 Katara is a character introduced to us as an orphan of war. All her hopes for Aang as the Avatar are to bring the fight to the Fire Nation and bring an end to the war that took away her mother. Zuko first tries to earn respect and honor by capturing the Avatar, but by the time of “The Southern Raiders” episode, he has joined Team Avatar and is hoping to earn their trust. His plan? He wants to help Katara get the vengeance she wants.

Vengeance sounds sweet to Katara. She has always been willing and ready to fight with her having an easy time being convinced to help a rebel leader named Jet and his band fight the Fire Nation. However, this was nearly at the expense of wiping out a village, and she had to turn away from this darker side of war with her brother Sokka’s help. With Zuko’s help now, her mother’s murderer hits too close to home, and she can’t say no to vengeance.

But Aang is Katara’s voice of reason. He is a relic from a time before war when disagreements were settled peacefully. As the Avatar, his entire purpose in life is to bring balance, so he urges Katara to find her mother’s murderer, yes—to vent her anger yes—but not to hurt him.

And this is key. By not hurting him, Katara breaks the cycle; she can be free from the need for revenge that would make her the aggressor in an entirely new cycle of war and suffering. War only ends when one side is destroyed, or one side decides that they won’t mindlessly sway into the suffering anymore. Jet had been wrong before, and ultimately, Katara decides that Zuko is wrong, too. She will fight, yes, but as a defender, not as an aggressor or murderer.