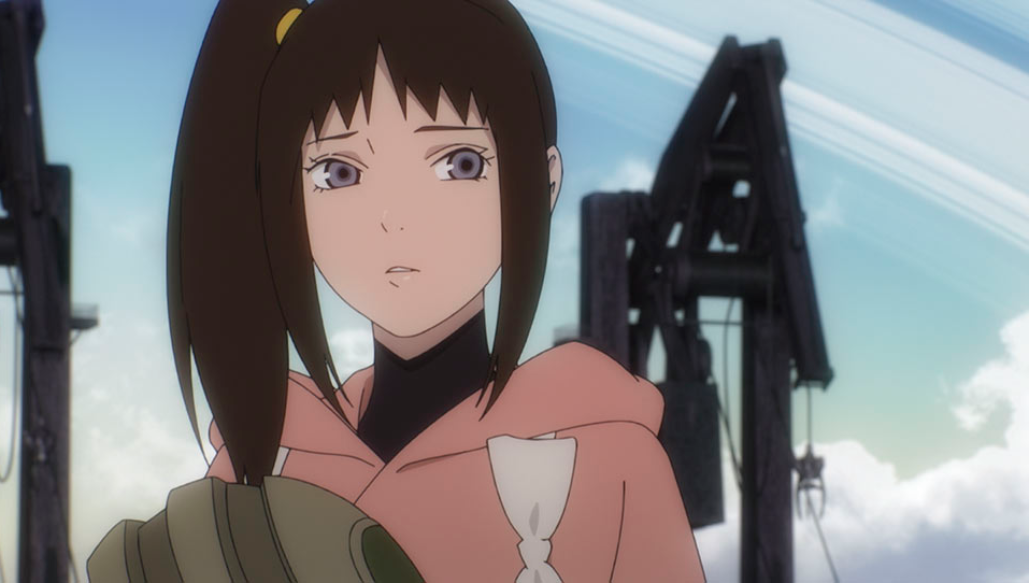 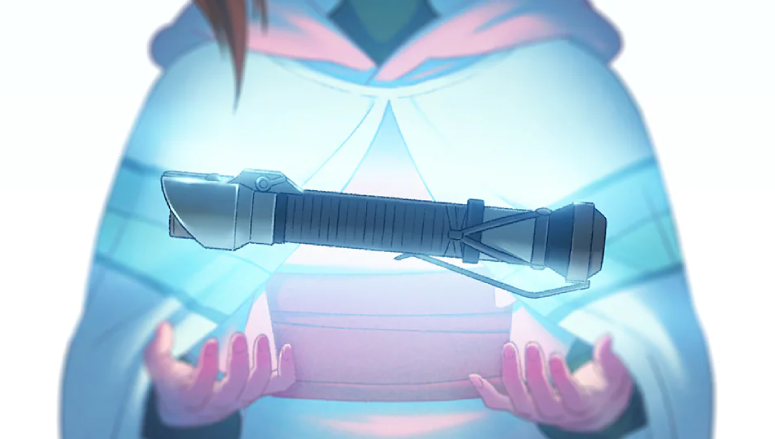 “While the Force exists in every living thing, only those individuals who develop their connection to it will have the power to wield it.” – La Zhima


Production IG’s The Ninth Jedi is set “many generations” past the main Star Wars saga as we’ve known it. It uses this distance to effectively establish its own take on the Star Wars mythos and presents a resonant message of finding and accepting one’s inner strength and influence.

The episode begins with the arrival of a young Jedi to a temple above the planet Hy Izlan. He is Ethan, a recipient of a message sent by a figure named Juro, who summons the remaining few Jedi in the galaxy to give them lightsabers, weapons thought to have been lost to time. When Ethan arrives at the temple, six other Jedi are already present, all of them unsure of the intentions of their absent host. 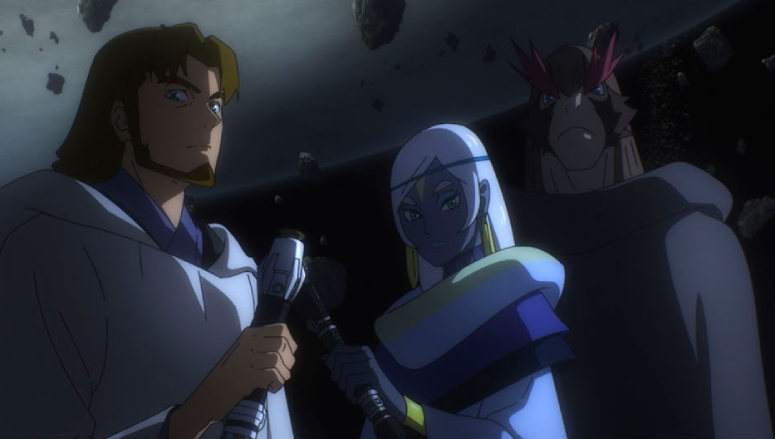 Meanwhile, on the planet below, a girl named Kara returns home to find her father La Zhima, a “sabersmith,” finishing the creation of the lightsabers promised to the Jedi. Her father explains he has tempered the crystals within them to reflect the nature of their wielders and their connections to the Force by their color, a concept that almost appeared in Return of the Jedi. Kara ignites a lightsaber, and concludes that the dull, gray blade it emits means she is weak in the Force, even as she is able to alter the blade’s length at will and easily deflects the practice bolts fired at her by her droid. She may be content working at her father’s side, but when she activates the colorless lightsaber for the first time, her disappointment is not born of jealousy for “real” Jedi, but in herself.

Soon after, their home is attacked, and La Zhima tells Kara to deliver the lightsabers while he holds back the assailants. Armed only with her own still-gray blade, she demonstrates incredible potential, riding backward on a speeder bike through the thick brush of a forest while deflecting blaster fire with ease. Her attacker even remarks on this, and is ultimately disabled as Kara strikes down his transport and hires a spaceship to the temple.

Humility is not denying the truth of who we are; humility is handling that truth with wisdom and compassion. When we shine the light within us not for our own sake but for the sake of others, everyone can see better through the darkness.

Upon reaching the temple, the lightsabers are distributed and we are met with a shocking realization. All but Ethan’s blade ignite in the crimson red of the Sith! Ethan’s blue saber glows meekly among them as the Sith reveal that they intercepted Juro’s messages and have come to put an end to the Jedi. Juro himself emerges from hiding, and the Sith attack him, Ethan, and Kara. Though clearly out of her depth, Kara fights bravely with her allies, at one point fending off three Sith at once, yet still, her lightsaber remains colorless. But as she locks sabers with one of the Sith, Homen, her blade suddenly, finally, surges to a vivid emerald glow—she is a Jedi! In apparent response to the change, Homen’s lightsaber also fades from red to purple, causing him to recoil and demand “Who are you?” With renewed energy and confidence, Kara helps defeat the last of the Sith, and Homen is eased from his battle rage, having been overcome by the Dark Side influence of the Sith. Juro admires Kara’s bravery and welcomes her as the newest Jedi as they all depart to find more allies and once again restore hope to the galaxy.

There is much to take in from this episode, From its intriguing plot to its beautiful score to its unique but fully realized vision of Star Wars. The most interesting aspect for me was Kara’s development and transformation. Though she doesn’t consider the extent of her true strength until the final battle, we see it on display throughout the entire episode. It is not until she finally recognizes and embraces her power that she realizes it has been there all along, and her connection to the Force is secured with her lightsaber blazing with the light of a Jedi. 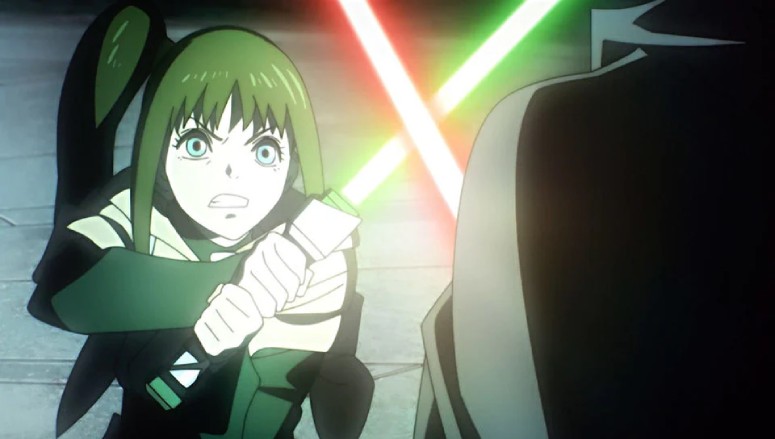 In seeing her true self, Kara gains an incredible power: the power to save lives like Ethan’s, and to help people do the same for themselves and others. Kara didn’t save Homen. He had to cross that line on his own, but she gave him the spark he needed to find his way back. Seeing through our own self-doubt can be one of the hardest struggles in life, and we learn to hide behind that doubt and call it humility. But humility is not denying the truth of who we are; humility is handling that truth with wisdom and compassion. When we shine the light within us not for our own sake but for the sake of others, everyone can see better through the darkness. If, like Kara, we summon the courage to develop our connection to the strength we each possess—to push through and embrace our true selves—we can pave the way for others to do the same. We might not have lightsabers or the ability to move rocks with our minds, but we can still bring hope to our own galaxy, by having the courage to be our true selves.

Devin Valdivia
@devinvaldivia
Devin is a nerd living in Portland, Oregon. He buys too many video games, reads less than he should, and never misses an opportunity to promote Paddington 2. He earned a BFA in Graphic Design from Chapman University, and has contributed to various aspects of Love Thy Nerd’s visual identity, including the LTN logo and various podcast art.