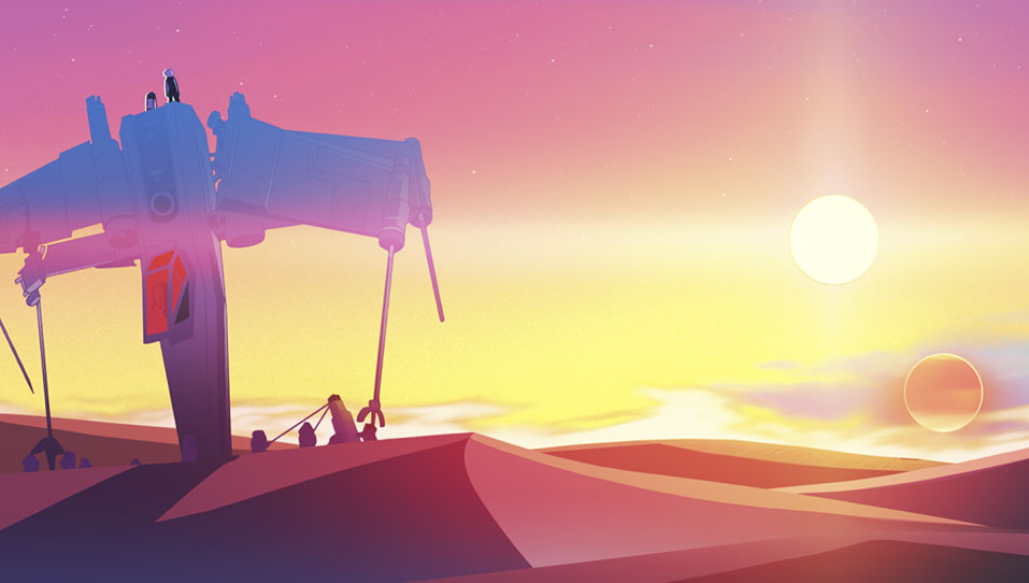 Fighting for Family in Star Wars: Visions – The Twins

“Don’t live for someone else! As long as you’re alive, then you’re free!” Karre tells Am, his sister, in the third episode of Star Wars: Visions produced by Studio Trigger. Karre and Am are twins born of the Dark side, created to advance the insidious agenda of the Empire for complete control over the galaxy. But while Am is totally devoted to the Empire’s cause and reason for being created, Karre—over some unknown time—has decided to sabotage those plans and escape the life he was intended for by making a new one somewhere else. That, along with the love that Karre has for Am, is what made this one of the most powerful episodes for me out of the entire anthology series.

As long as you’re alive, you’re free—free from the weight of the oppression someone has put you through, free from the bondage that sin and shame have over you. You can always start anew.

Despite both Am and Karre being born of the Dark side, Karre is the one who realizes that what they are doing to the galaxy is wrong. He decides to break free from the life he was born into, showing that even if your life feels hopeless and bleak at this moment, or you’ve made bad decisions over time, it’s never too late to escape and create something new for yourself. As Karre says, as long as you’re alive, you can be free—free from the weight of the oppression someone has put you through, free from the bondage that sin and shame have over you. You can always start anew.

Even after Am fights Karre and tries to kill him and R-DUO, he still has compassion for her. He feels disappointed because he wants his sister to be on his side. But he feels no ill will towards her, because he understands what the life they were born into is like and what is expected of them. It’s a beautiful moment of love for the only family he’s ever known, something I can relate to in having a twin brother myself. If he were in the Dark, I would do anything I could to show my brother the Light and bring him to the side that is fulfilling instead of devastating. 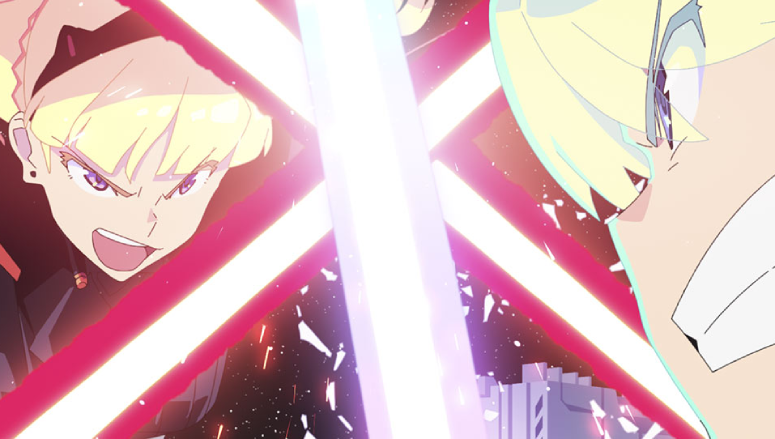 Parallels from the Star Wars movies abound in “The Twins,” but Studio Trigger has made this short all its own. From Karre and Am being the Dark side equivalent to Luke and Leia, to Karre and Am playing tug of war with the Kyber crystal like Rey and Kylo with the lightsaber in The Last Jedi, to the Vader-like armor the twins wear aboard their respective starships—Studio Trigger has managed to pull together a distinct yet familiar take on the visuals and themes of hope, love, and compassion that Star Wars is known for.

I love that the episode ends with Karre on what is presumably Tatooine, looking out at the rising pink and gold sky of the Twin Suns, smiling peacefully and telling R-DUO that Am is still alive after their battle nearly kills her. He has faith that she’ll one day see those Twin Suns with him. It’s a classic Star Wars story in a fresh, hyperactive, and vibrantly animated package. It has easily become one of my favorite stories within the galaxy far, far away, and I hope to see more from Am and Karre someday. Because as they say, the Force will be with them. And where there is the Force, there is always hope. Always.

Amy Cokenour
Anime
Episode 4 of Visions shows us that to live fully means to surround and bind ourselves to others, for that is the greatest Force there is. 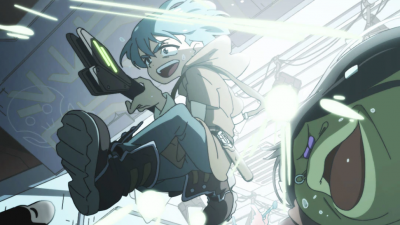 Paul Butterworth
Anime
Episode 2 teaches us that dwelling fondly on the past is pleasant, but it can prevent us from living life more fully with, and for, friends. 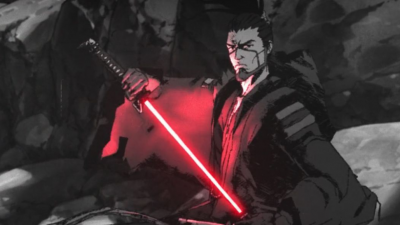 Expecting the Unexpected in Star Wars: Visions – The Duel

Eric Osterday
Anime
The twists on Japanese samurai films and Star Wars itself in Episode 1 capture the heart of the sci-fi franchise—and where it all began.