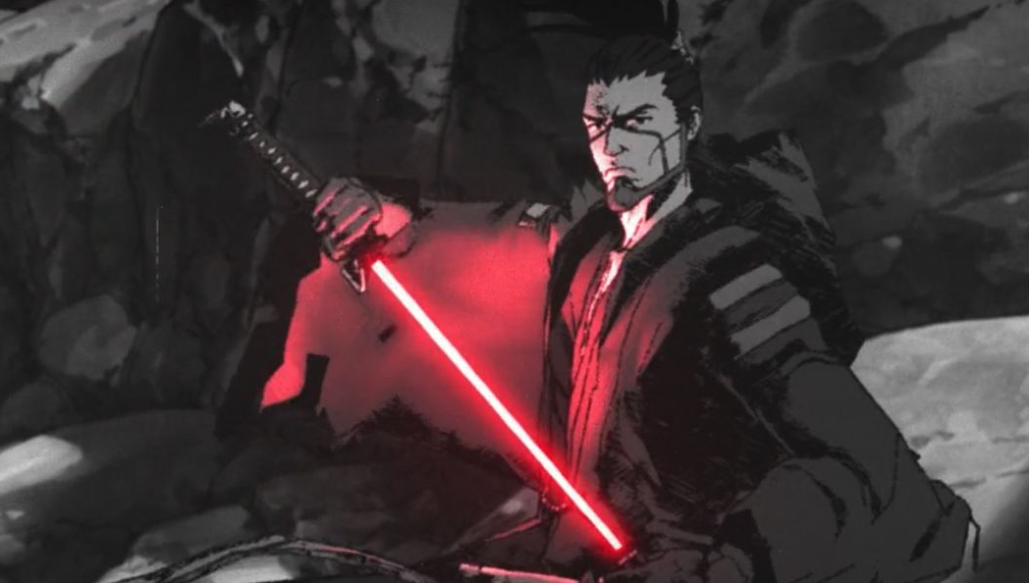 Expecting the Unexpected in Star Wars: Visions – The Duel

Take a “used universe,” mix in a rustic Shogunate village, a side of wandering samurai, a touch of film noir, and what you get is the Star Wars: Visions episode titled “The Duel.” It captures the essence of what Lucas created in the 70’s when he first wrote Star Wars, but in a Japanese animation style. In other words, the creators of this episode were able to fully tap into the Japanese spiritualism and culture that influenced Lucas when he saw Kurosawa’s Seven Samurai (1954). Indeed, the animation and storyline did this so well that there were moments where I felt like I was more in a Japanese village and less in the Star Wars galaxy.

This episode uses several classic wandering samurai motifs. There’s a Ronin, his faithful droid companion, roving marauders, and a village in peril. The episode integrates these elements in a unique way into this universe while introducing fun twists that I haven’t seen before in my limited anime experience. I realized these fun twists were going to happen when the warrior firmly “requested” the merchant have the droid repaired by the time water in the tea kettle boils and whistles.

When Star Wars came out in 1977, sci-fi had a tendency to be dark and cerebral (2001: A Space Odyssey) or fun and campy (the original Lost In Space), but Star Wars found a way to have fun while making us think because it turned our expectations upside down.

The first twist that made me really chuckle is how the village was prepared for these scruffy, roving former Imperials being led by a Sith Lord. The villagers allowed them to enter their village unopposed, proceeded to confuse the bandits further by having the chief’s kid claim to be the chief (or maybe the kid is the chief?), and then the local guards (not mercenaries) effectively ambushed the bandits. I loved every bit of this because it is so atypical of the samurai and village-in-peril motifs that were just laid out a few minutes earlier by having the usually helpless victims fight their oppressors.

The other fun twist I really enjoyed is the question that is quietly begged involving the identity of the wandering warrior. Is he a former Sith? A fallen Jedi? A Force-wielding bounty hunter? We don’t really know because we see him using aspects of all three groups during the battle. What’s even more confusing is that he gives the kid the red Kyber crystal of the Sith Lord he defeated (after seeing a whole bunch of them in his cloak), and tells him it will ward off evil at the end of the episode. 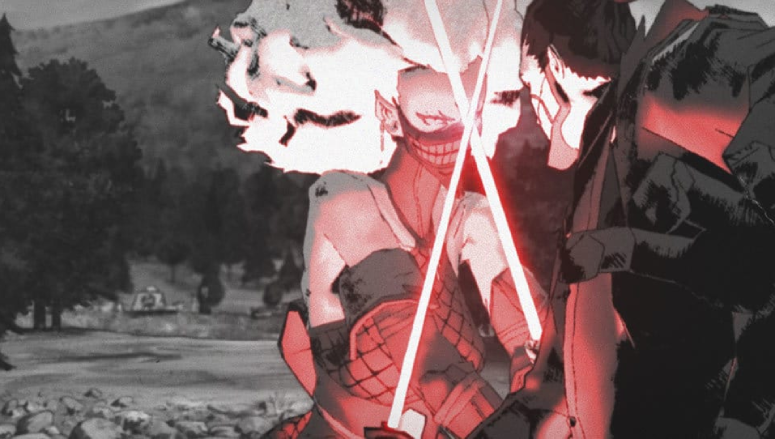 To me, all of these twists on established motifs are as much a part of Star Wars as Ewoks, droids, and lightsabers. After all, the “used universe” that Star Wars is set in completely upended the idea that sci-fi movies needed to be futuristic and shiny. When Star Wars came out in 1977, sci-fi had a tendency to be dark and cerebral (2001: A Space Odyssey) or fun and campy (the original Lost In Space), but Star Wars found a way to have fun while making us think because it turned our expectations upside down. Or maybe a better way of saying it is that the creators looked at everything sideways to find fun ways of changing our expectations.

I think this episode did a great job of that, and despite being less than 15 minutes, it has so much packed into it that it is going to take multiple viewings for me to catch all of the little details that are in it. I hope you, my fellow nerds, enjoy this episode as much as I did.