I have never been happier. I love my wife and daughter. Every day with them is a gift. But sometimes I think about how easily all of this could change.

I logged out, turned off my computer and headed for bed. I was frustrated and disappointed, but mostly I was sad.
“By the fifth time I was murdered, I no longer trusted anyone. I don’t talk to players in DayZ. Talking gets you killed.”I have played a lot of games and I have turned them off for many different reasons but I have never turned off a game due to an overwhelming feeling of depression. That is until I played DayZ.

DayZ is as much a social experiment as it is a game: an open world survival horror game set in 140 square miles of a zombie infested Czech Republic. Players start each game on the coast with a bandage, a flashlight, and some painkillers. You are not given a weapon.  DayZ is an online game—on any given server there are as many as 50 players. To survive you must eat, drink, and keep warm. Death is permanent–when you die you start over at the coast. The supplies you need to survive are found in the game’s various buildings. Buildings are also where zombies spawn, so survival necessitates sneaking past them. Players who get bit by zombies are likely to bleed to death unless they can bandage their wounds—this means you need medical supplies and a weapon and you are going to have to sneak past zombies to get them.

Zombies, however, do not present the greatest threat in DayZ.
In an interview with Edge Magazine, the creator of the mod, Dean “Rocket” Hall, said:

I would get annoyed when I heard people talk about PVP or PVE and singleplayer, and how they couldn’t coexist . . . . But DayZ takes all those and says: “You’re all going to share the same world, so you’ll just have to decide among yourselves where the balance is.” And at the moment, obviously, the balance is that people are attacking each other. But there are definitely examples of people bonding together. 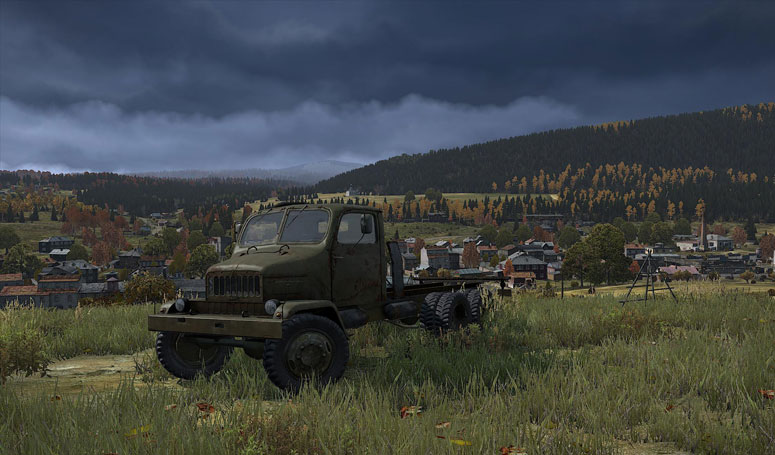 I went into DayZ having read very little about it—I wanted to throw myself at the world and discover it piece by piece without any preconceived notions. I had hoped to conduct my own social experiment.

So far I have been shot in the back twice: once by a man I had traveled with for several miles and another time by someone who claimed that he did not have a gun. I have been killed three times when I possessed no weapon with which to defend myself. Other times I was killed for looting the wrong barn or running across the wrong meadow. I have died at the hands of zombies twice. I have been murdered by fellow players a total of eight times.

I knew DayZ would be dark and hostile but I was determined to find its bright spots. I wanted to find those players that Hall hinted about, the ones living above the horror of zombie apocalypse and striving to establish some semblance of peace in the world.
By the fifth time I was murdered, I no longer trusted anyone. I don’t talk to players in DayZ. Talking gets you killed.

You might assume that my high rate of death indicates that I am not very good at DayZ. That may be true, but the current average survival time in the game is one hour and eight minutes. My average survival time has been at least double that. Additionally, with all but three of my characters, I managed to survive long enough to find a gun. I have learned safe strategies for looting. I have repaired and driven vehicles. I have hunted, skinned, and eaten plenty of wild game. In my most recent game, I even nursed myself back to full health after passing out from loss of blood. I managed to survive for over ten hours. I am pretty good at DayZ. 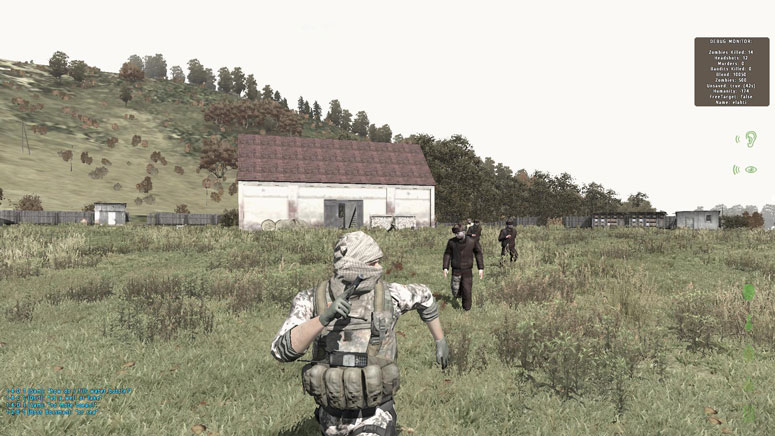 Somewhere around the 9 hour mark of my last game I had killed 54 zombies, found numerous weapons, and had a backpack full of cooked meat, bandages and water. I was also bored and lonely. In all my fastidious calculations to ensure my own survival, I had shut myself off from what makes DayZ such a fascinating experience: other people.

I had been hanging around the outskirts of one of the larger cities in Chernarus when I finally decided it was time to enter the town proper. As I was making my way, very slowly toward the town, I quickly spotted two men. They were crawling around one of the houses at the edge of town—one appeared to be carrying a pistol and the other had a hatchet in hand. I watched them through the scope of my gun. They were edging their way around the house presumably in hopes of gaining entrance.

In every single instance in which I had come face to face with another player, I had died. I wasn’t going to make that mistake again. If I was careful, I could take out Pistol with a headshot and kill Hatchet before he determined my position.
It’s doubtful that they possessed much if any supplies that I needed. It appeared that these two men were just trying to survive, like me. And yet I found myself blaming them for the loss of each of my previous characters who had died at the hands of men. I started asking myself questions that would help me justify what I wanted to do to these men.

Why were these two guys together? Only skilled players manage to find their real life friends in DayZ. If they were not real life acquaintances, how did they know they could trust each other? If they had seen me first, I am certain they would have killed me. What if they had stashed rifles in that house and were making their way to retrieve them?
I have to shoot them now—I don’t have a choice.

I steadied my sites on Pistol’s head and right as I was about to pull the trigger I noticed that Hatchet had stood up and started to run. He was being chased by a zombie. Pistol quickly stood up and started firing at the zombie that was pursuing his friend. This did not help their predicament as this alerted more and more zombies to their location.

I had planned to murder these two men. Now I had the ability to save them. I had started playing for just such occasions, when the shared interest of survival would provide opportunities for me to bond with other players.

Pistol and Hatchet seemed determined to take these zombies head on. By this time both of them were bleeding. I turned my sites on the zombies and fired. I fired four times, killing four zombies with my sniper rifle. This seemed to have bought Pistol and Hatchet enough time to run toward the woods. Afraid that my shots may have alerted other zombies or players, I took off after them.
We ran for about half a mile until we came to a large bolder. Hatchet and his friend hid behind the boulder. I approached slowly and when I was within earshot, I said “Friendly.”

Pistol responded “Thanks for helping us! Do you have any bandages? I only have one and my friend is bleeding as well.”
“Yes, I have some. Promise you won’t shoot and I will put one in your pack.”
“You saved us man. We’re friendly. We won’t shoot!”
I walked up and began placing a bandage in Hatchet’s pack.
I heard a shot, then another.
“You are dead” the game told me.
I should have killed them.

I logged out of ARMA II and shut down my computer. I slipped into bed and embraced my wife. The sheets were warm where she lay. As I tried to sleep, I couldn’t help but think about how it could all fall apart. 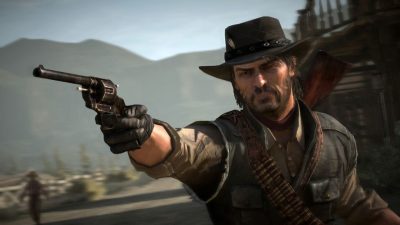 Can We Talk About Video Game Addiction Without Judgement, Please? 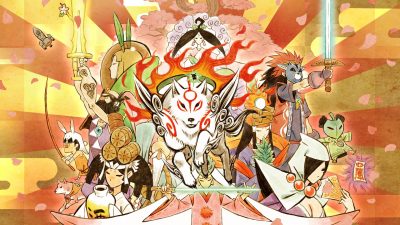 Playing a Creator God in Okami

M. Joshua Cauller
Video Games
In Okami you play the role of a creator god, shaping and restoring what has already been made. Is it possible to tell the story of a god who creates from nothing? 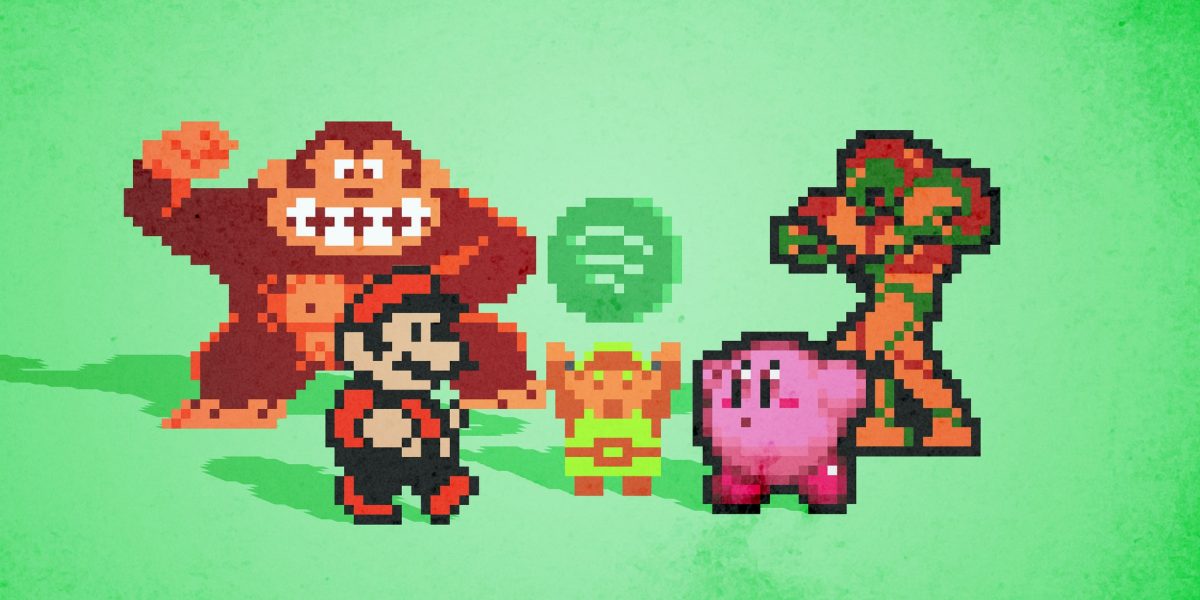 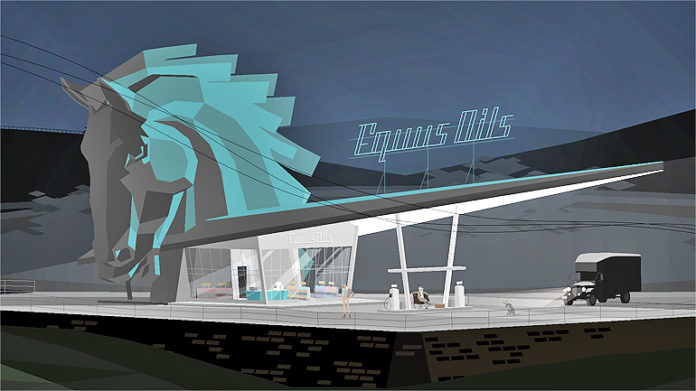 Kentucky Route Zero: A Nostalgia for Past Aesthetic Giants 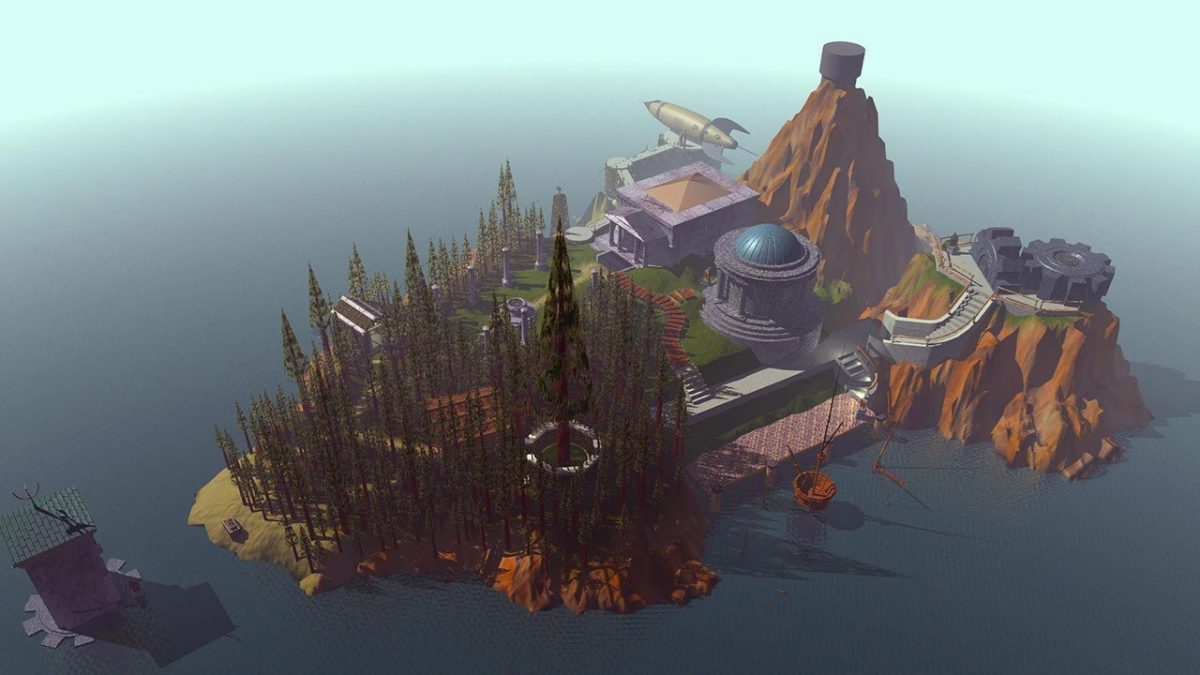 Myst and the Art of Creation