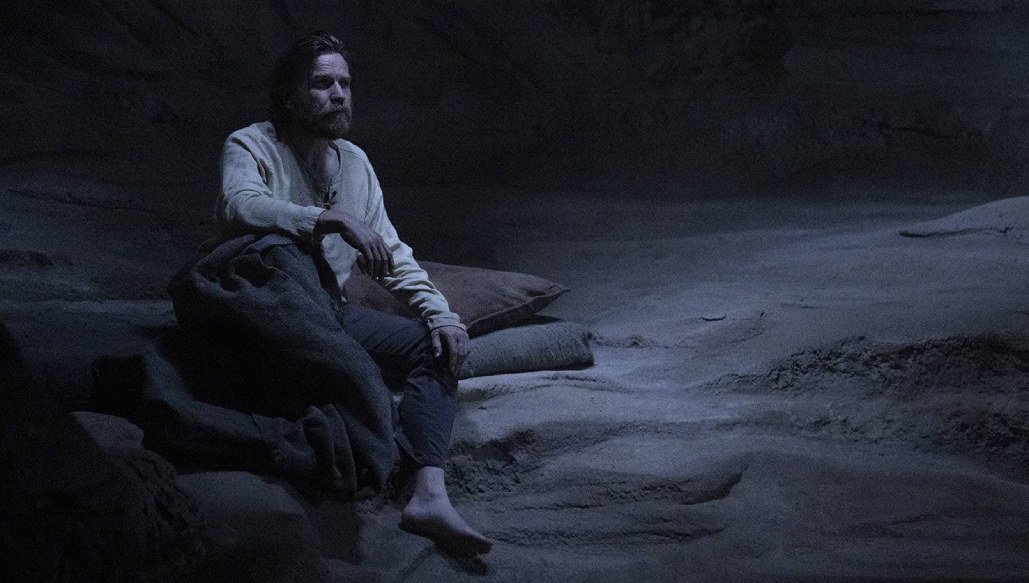 Spoilers for Episode 1 of Obi-Wan Kenobi are discussed in this article.

“Jedi cannot help what they are. Their compassion leaves a trail.”

It has been a decade since most of the Jedi were executed in Order 66, and the Inquisitors—themselves former Jedi—are hunting the last few remaining ones. Early in the episode, they find themselves on Tatooine, tracking a young man named Nari who, following his training, had helped a bartender out of a difficult situation. 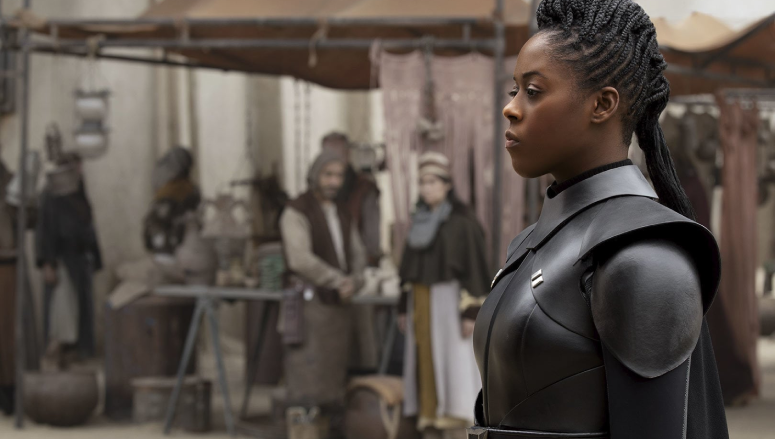 The Inquisitor Reva does not care about such small fry as Nari, though. She has her eyes on one of the biggest prizes in the Galaxy: Obi-Wan Kenobi. Her impatience with such a low-level Jedi (likely one of the younglings shown at the beginning of the episode) creates an opening for Nari to escape and puts her in conflict with the Grand Inquisitor. This conflict sets the tone for the first episode: What is duty anyway? When does one duty trump another?

We see this internal conflict come into play with several characters. First is Nari. Possibly one of the younglings from the opening scene, all he knows is the Jedi code—showing compassion wherever he can, even when it means revealing himself in front of the Inquisitors. Obi-Wan himself tells him to bury his lightsaber and stop living as a Jedi. As the Grand Inquisitor says, “The Jedi Code is like an itch,” and if Nari gives into it, he will continue to endanger himself. Nari doesn’t heed Obi-Wan’s advice, and it eventually costs him his life. 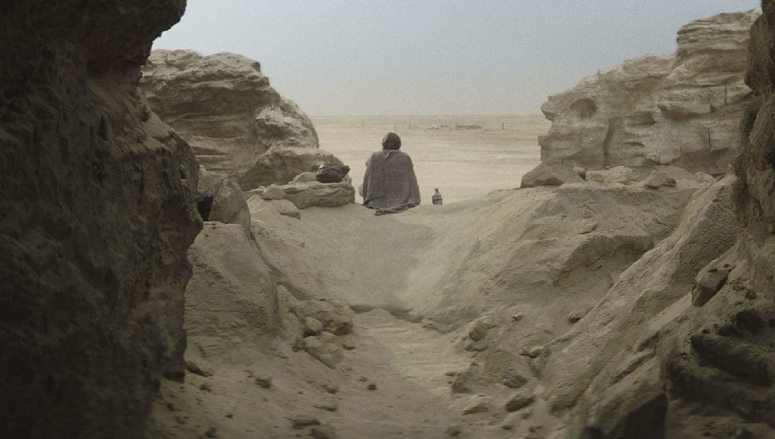 Princess Leia is at the opposite end of the spectrum. At 10 years old, she’d rather climb trees than attend yet another boring state dinner, despite her adoptive mother’s encouragement that she’d get out of it what she put into it. The consequences for abdicating her duties ultimately prove to be dire. She has plot armor, of course—for whatever that means in a universe where someone can be cut in half and return from the dead—and it’s not hard to see where she will grow from this experience into the fierce and clever leader we know she becomes. Still, her kidnapping would not have been so easy had she stuck to her duties.

The question of duty really comes into play with the two most central characters: Reva, also called the Third Sister, and, of course, Obi-Wan Kenobi himself. For Reva, the conflict is between duty and desire. Her orders are to track down small fry like Nari; her true desire is to prove herself by finding Kenobi. Clever but reckless, the Grand Inquisitor chastises her multiple times and even threatens to strip her of her duties unless she gives up the chase. She ignores that command and sets a trap that Kenobi springs in episode two. Is she justified, then, in ignoring a direct order? The Grand Inquisitor clearly doesn’t think so. We the audience are obviously rooting against her. But if her schemes work and she catches Kenobi, would not that prove to be the ultimate fulfillment of her duty? Ultimately, it’s too early to say whether she’s making the correct decision for her. All we know is that she is in conflict with her direct supervisor, and Kenobi and Leia’s safety is at stake.

Did any of these characters make the correct choice regarding their duties? Other than perhaps Leia’s precocious disobedience, we don’t have a clear answer yet. But we often don’t in life either. Too often, people make the wrong call. […] Decisions that feel right in the moment can turn out to be so, so wrong.

Kenobi is the ultimate picture of the conflict of duty. He considers his responsibility to watch over Luke more important than all other Jedi responsibilities. He buries his lightsaber. He gets a job at a meat processing plant on Tatooine. And he ignores the Jedi Code—even though his refusal to intervene ultimately costs Nari his life. (To be fair, helping Nari may have ultimately led the Inquisitors to Luke.) The only thing that motivates him to abandon that duty is the endangerment of the other Skywalker twin—and even then it takes direct, in-person intervention by Bail Organa to have him move forward.

Did any of these characters make the correct choice regarding their duties? Other than perhaps Leia’s precocious disobedience, we don’t have a clear answer yet. But we often don’t in life either. Too often, people make the wrong call. I think of the police officers at the Uvalde school shooting, who made the wrong call to treat the school shooting as a barricaded gunman situation instead of an active shooting. I think of those Southern Baptist Convention leaders who erroneously protected their institution’s reputation over the legal rights and safety of countless abuse victims. On a much smaller scale, I can think of times where I prioritized working on the wrong project at work. Decisions that feel right in the moment can turn out to be so, so wrong. 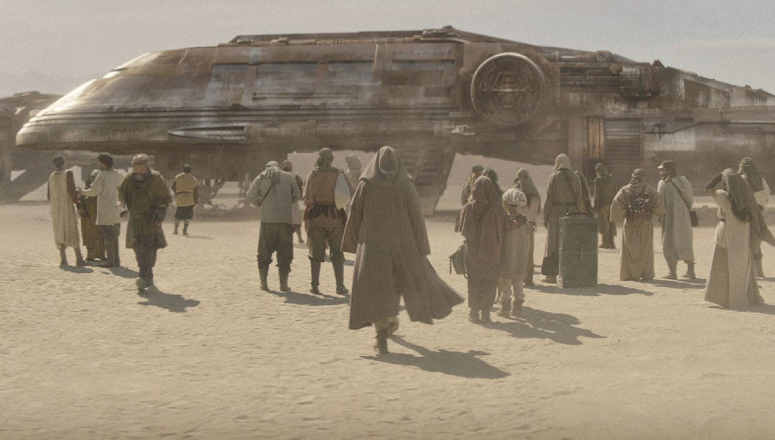 But there are times when you have to set aside one duty to pursue another. I think of Jesus telling the Pharisees in Matthew 9:13 that he’d rather see them extend the hand of compassion to the “unclean” tax collectors and prostitutes than see another lamb sacrificed at the temple. I think of people like Oskar Schindler, who used his authority in the Nazi regime to save the lives of hundreds of Jews. This, I suspect, is where Kenobi’s story will end in this series: both he and Leia will be all the better for having left his main responsibility for a while.

Hopefully none of us will ever be in a dire situation, forced to calculate the devil’s arithmetic to choose between responsibilities with lives on the line, as Obi-Wan did for a decade. (After all, revealing himself would have put young Luke in danger.) But when choices between duties do arrive, and when we’re forced to make a choice, we can ask ourselves: Who does this benefit most? Does it benefit yourself, like Reva’s choices? Or does it help others, like Nari and ultimately Obi-Wan? Compassion may leave a trail, but even if I’m being chased by Inquisitors, a bad choice made out of compassion is the sort of trail I personally would like to leave.