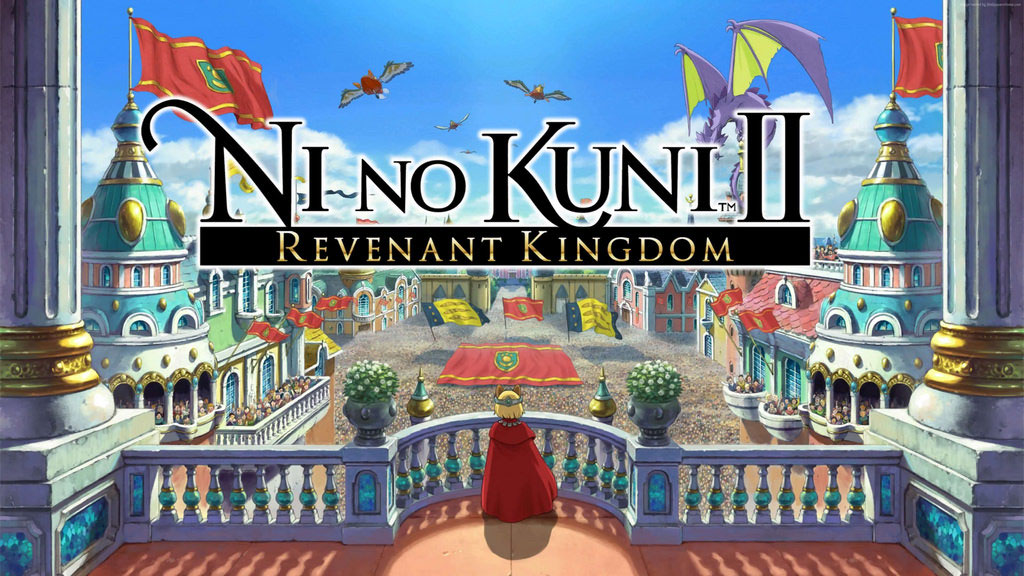 As a husband, father, homeowner, church board member, etcetera, I have a fair share of duties to attend. So when a videogame lures me in with a grand tale of magic, adventure, and friendship and then hands me a laundry list of chores so long it could wallpaper the current administration’s dream wall on the Mexican border, I am less than enthused.

Such is the case with Ni No Kuni II: Revenant Kingdom, the recent role-playing game from developer Level-5 for PC and Playstation 4. While it initially charms with its incredible Studio Ghibli-style art design, bombastic score, and talented voice acting, its thin narrative and reams of busywork wore me down by the story’s conclusion.

. . . where else can you play the President of the United States as he fights a fire-breathing dragon with a sword and some helpful ghosts?

Which is a shame, because Ni No Kuni II has one heckuva opener. While en route to a summit in New York, the President of the United States (yes, really) is caught in a nuclear blast (yes, really) and hurled into an enchanted world of magic wands and cat people (yes, really), just in time to rescue a boy king from a coup d’état by his evil advisor, a talking weasel with a hat (yes, really). Our President takes all this in stride, standing beside the young Evan Pettiwhisker Tildrum when the ousted ruler decides to form his own kingdom, a place where nobody is ever mean and nothing bad ever happens (yes, really).

There’s an endearing sweetness to Evan’s earnest face and childish naivety, and the game opts to never subvert or abuse this. Everyone, it turns out, is very nice. Former foes fall over themselves to rally behind Evan as the story progresses. Villains are never bad, or not really; their innocent desire for good ends is always corrupted by the lure of power. The tension of the one major late game twist is defused only minutes after its introduction when it’s revealed it was all a ruse—Heaven forbid there be real drama. The downside to all this optimism and feelgood resolution is that the story lacks real emotional tack to hold the player through the game’s more tedious parts. 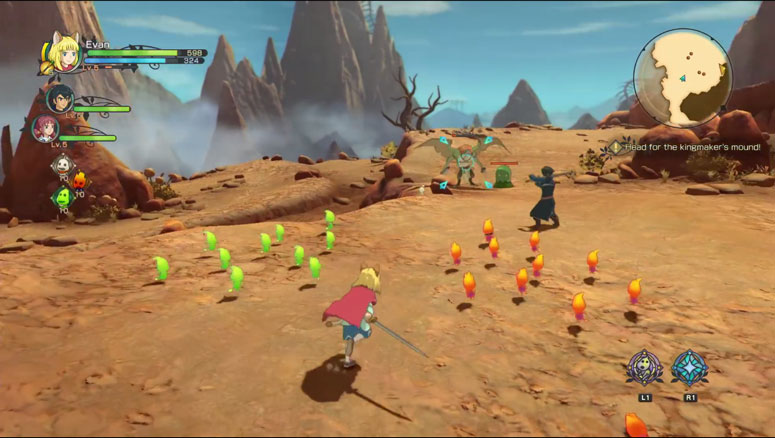 And how very tedious those parts can be. Evan’s quest to build A Nice And Happy Kingdom For Everybody plays out like a town-building game for smartphones, unfortunate mechanics included. Evermore (the kingdom’s actual name) grows as the player recruits personnel and invests resources into building and upgrading shops and other facilities. The only currency that can be used for this, Kingsguilders, accrues over real time. Except for a handful of side quests that offer a pittance reward, the only way to accumulate Kingsguilders is to let the game clock run. As a mortal man with only finite time in this world, I found this maddening. While the amount of Kingsguilders you gather per hour increases as Evermore grows, so do building costs; even 40 hours into the game, I felt perpetually starved for resources, choked by the slow drip of my kingdom’s treasury. I often let the game run while I did chores around the house in desperate hope to speed the process along.

Speaking of chores, the game’s side quests couldn’t be less exciting if they tried. Scattered about the world of Ni No Kuni II are one hundred characters to poach for your burgeoning country. The vast majority of them require Evan—who, mind you, is king of a sovereign nation and field commander of its armies—to perform a variety of menial tasks in order to gain their loyalty: slaughtering nuisance animals in the countryside, finding lost junk, handing over gobs of mushrooms, etc. These quests are, in the main, very dull. In addition, recruited citizens and random townsfolk alike will offer their own side quests, all of which fall under the same umbrella of dreary tasks. There are well over a hundred of these. Most are optional, although the main quest is not above sending you on mandatory mindless errands, either. 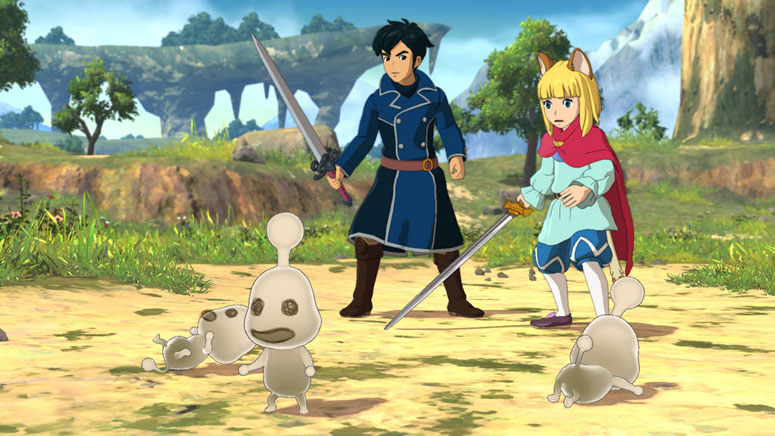 The bulk of your interaction with the game’s world will be chopping nasty things to bits with a sword or burning them with magic. Evan and his royal advisor are joined on their quest by four companions, all of whom can be used in combat against the game’s slew of sprites, dragons, and other fantastical ne’er-do-wells. Each character possesses a unique combat style and a selection of special abilities, and players are able to swap them around to find their preferred setup. Additionally, the team is assisted by packs of nature spirits called Higgledies, who can throw out healing spells or trigger special attacks. I should also mention the difficulty of the game is uneven, with the default level being too easy (at least for the first half of the game) and the recently added higher levels ranging from moderately challenging to nearly impossible. I like a challenging action game, but I found myself cycling through the three difficulty levels to find the Goldilocks setting for a particular encounter. It doesn’t help matters at all that some stronger enemies are content to ignore the small window of invincibility dodging is supposed to afford the player, leading to situations where the best strategy is run in circles around them while chucking bullets at their faces.

Still, there are things to commend about Ni No Kuni II. The game is, as I said, gorgeous. Its vibrant anime styling has no recent equal, and its soundtrack features memorable work by longtime Studio Ghibli composer Joe Hisaishi. Simply being in the game’s world is a pleasure in itself. I have not wanted to drink in scenes the way I have in this game for a long time. The story, while ultimately a missed opportunity, is so darn hopeful and charitable in its vision of reconciliation among foes one can’t help but feel a little moved by it. And hey, where else can you play the President of the United States as he fights a fire-breathing dragon with a sword and some helpful ghosts?

It’s just a shame that so much of the actual experience of the game is busywork. I’m sure there’s a wonderful theological case to be made for role-playing a servant king, but let’s be real. King Evan Pettiwhisker Tildrum has more important things to do than deliver your lunch.

Ni No Kuni II: Revenant Kingdom’s charming style and heartfelt themes aren’t quite enough to overcome an ultimately weak story, dull side quests, and the black hole of time that is the Kingdom of Evermore.