If you have had any exposure to the world of video games in the last 20 years, you have likely heard the rallying cries “For the Horde!” and “For the Alliance!” popularized by Activision Blizzard’s landmark MMORPG, World of Warcraft (WoW). It takes place in Azeroth, where years of war have waged between two major factions: the Alliance and the Horde. Since 2004, players who were members of different factions could not group up to play together. However, that has all changed in a recent update. To reduce queue times and allow players to group up, cross-faction play has been unleashed on the world of Azeroth. For the first time in the game’s nearly 20-year history, Horde and Alliance characters can group up for dungeons, raids, and rated PVP content. 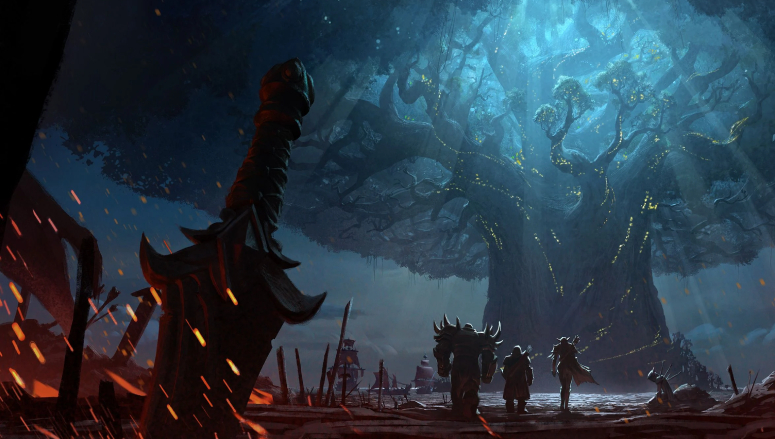 You might say, “That’s great! We all want quality-of-life upgrades. More convenient gameplay is a good thing, right?” Well…it depends on whom you ask. Long-time fans of Blizzard’s game have vocalized concerns that the company is prioritizing convenience to the detriment of the lore. How can so many war-torn years of conflict, battle, and bloodshed be suddenly forgotten?

The truth is that the Horde and the Alliance have joined forces more than once to team up against various threats. In recent years, the whispers of a new rallying cry have been heard on the lips of both orcs and humans. “For Azeroth!” is the mantra that now echoes through the halls of Stormwind and from the ramparts of Orgrimmar. In other words, even in the lore, this “newfound” unity between the game’s factions is not so new after all. So, why are fans resistant to a change that ultimately makes the game more convenient by binding the factions together?

Nobody wants division, yet nobody wants to lay down their preferences. The two will always be inversely related. We have a choice to make. […] Laying down our preferences doesn’t mean giving up everything that we cherish, but it does mean being open to healthy compromise.

The answer, I think, is that the game is played by humans, and humans were created in the image of a God who loves justice. Fans have spent years convincing themselves that one faction or the other was on the right side of the conflict. Unfortunately, this has resulted in fans that are arguably too strict with lore, to the point that they let it interfere with the experience of play and community.

This plays out on Earth just as it does in Azeroth. Human beings are quick to find–and make alliances with–organizations that best represent their definition of justice. Examples might include political parties, nations, religious denominations, and affinity groups. If we’re not careful, our identities can become wrapped up in these things. 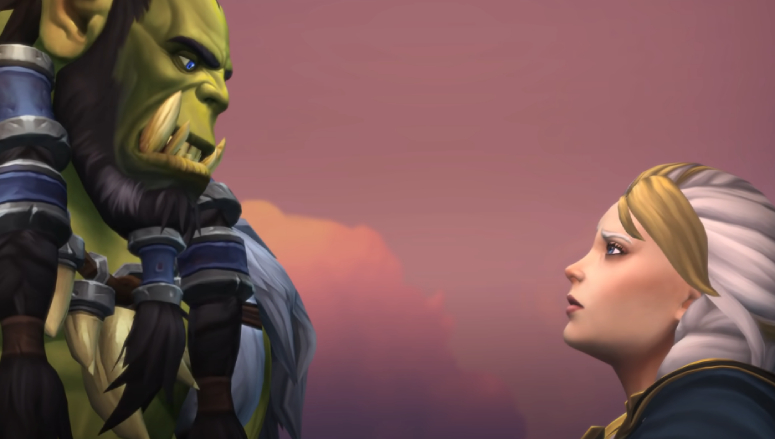 Now, there is nothing inherently wrong with the longing for justice that we find in ourselves, but we tend to express it in a way that becomes twisted. We can be resistant to unity because bringing together that which is broken will sometimes mean our thirst for justice remaining unquenched. At times, unity requires forgiveness toward others and a charitable posture towards opposing views. Finding unity means trusting that justice will ultimately be served at God’s hand, not our own. This does not mean, of course, that we are excused from our responsibility to strive for justice.

When our identities are bound up in our affiliations, we are far more likely to demonize people. Nobody wants division, yet nobody wants to lay down their preferences. The two will always be inversely related. We have a choice to make. We must either double-down on our division or pay the price for peace. In the world, the church, and even our video games, I fear we have too often opted to do the former. Laying down our preferences doesn’t mean giving up everything that we cherish, but it does mean being open to healthy compromise.

The story of the life, death, and resurrection of Jesus is the key to unity in our world, our churches, and even in our gaming communities. Jesus’ life set the perfect example of how we are to behave in the face of injustice. The way he died for us places our value not in our affiliations, but in his love for us.

This issue is not new to the church but goes back to its very founding. Jewish leaders  saw the grafting in of the Gentiles to be unfair. The Israelites were sons of Abraham who had wandered and labored for generations to be the beneficiaries of God’s promise. How is it that the riches of their inheritance could now be shared with outsiders? Much of the New Testament is about two peoples who were previously divided laying down their preferences to become unified under a new banner. Sadly, the unity found in the gospel was not a one-and-done deal. It is no secret that the demographics of many of our local churches today are indicative of a universal church marked by a lack of ethnic, economic, political, and generational unity.

In other words, our churches are often gathering under the wrong banner. The rallying cry that carried the early church through its conflict is the same one that now has the power to bind the church together. “For the gospel!” must be the rallying cry we remind one another of when we gather and share with the world when we scatter. The story of the life, death, and resurrection of Jesus is the key to unity in our world, our churches, and even in our gaming communities. Jesus’ life set the perfect example of how we are to behave in the face of injustice. The way he died for us places our value not in our affiliations, but in his love for us. And his resurrection is a reminder that he is alive, seated on the throne, and coming back to see justice satisfied.  The gospel is the key to unity. By our words and our actions, we must remind one another of it when we gather and share it with the world when we scatter, even in the games we play. Let’s seek justice and trust that God will see it served, while laying down our preferences for unity…for the gospel!

Garrett Davidson
A sucker for nostalgia and ice cream, most of Garrett's fandom hearkens back to the bygone days of the early 90s with the likes of The Legend of Zelda, Hot Wheels, and Blue Bell. In more recent years, his interest in fantastic universes has developed into a love for MMORPGs, where most of his nerdy energy is now channeled. He is an MDiv student at Southeastern Baptist Theological Seminary, a Financial Systems Manager at International Justice Mission, and a pastoral assistant at River City Baptist Church. When he's not working, studying, or gaming, he's probably spending time with his wife Paula and his dog, Champ. Paula is a gamer. He is still working on Champ.