Breaking the Cycle of Violence in The Dragon Prince

In 2008 the war in Iraq was raging out of control. I was an interrogator working for the US Army deployed about 60 miles south of Baghdad. One particularly horrific night I sat face-to-face to a terrorist who was charged with killing pilgrims from a different sect of Islam than he as they were traveling through his territory to visit a holy site.

I grilled him for answers, doing my best Jack Bauer impression, and he told me, “Because they killed my people.”

“When?” I shot back, expecting to hear about a murdered family member or friend.

1200 years. This unfathomable cycle of violence had been raging long before Columbus even thought to take credit for finding a lived-in continent, and here I was, Private Nobody in the US Army, thinking I could get to the bottom of that much hatred.

This isn’t an article about middle-eastern geo-politics. It is about nerdy cartoons and how God can use them to sustain a hurting soul.

I went back to my luxurious bunk and sought what comfort I could. My hands felt dirty, my mind clouded by all the darkness that was around me. I had acquired a DVD of the last season of Avatar: The Last Airbender which had not even come to the states yet.

That story brought me through the trauma of war with the hope that people can change, that redemption is possible, and that the power of friendship is real.

For me, watching cartoons was a simple, visceral release. But anyone who watched Avatar knows that it is so much more than cabbage jokes and flying bison. When I began to wonder how I could go back to live a normal life in society after everything I had dealt with, Kitara was there to help me be a more compassionate person. And to an even greater degree, it was Aang’s unfailing belief that Zuko could be a better person that saved me. Zuko’s character arc (second, in my heart, only to Vegeta) gave me hope in the midst of the darkest hours of my life. That story brought me through the trauma of war with the hope that people can change, that redemption is possible, and that the power of friendship is real. When I was dealing with very difficult moral choices as a soldier, Aang and Zuko helped me struggle through answering the question, “Can a person really be redeemed?”

So when I saw The Dragon Prince announced on Netflix I was excited. It had been long enough since The Legend of Korra that maybe Aaron Ehasz, the writer and director of the best animated show ever made (it’s a high bar, I know), could tap into the magic again.

I was instantly invited into the world by hearing the familiar voice of Jack De Sena playing a lead role that is mostly Sokka but not exactly Sokka. I love everything about the animation. It has got so much of the feel of Avatar but it’s more advanced in its cell-shading technique and stylistically gorgeous. If Avatar and Dragon Age had a baby, it would be this show.

What I was not prepared for was how the second episode would bring me right back to my crisis in 2008 and help me deal with it. 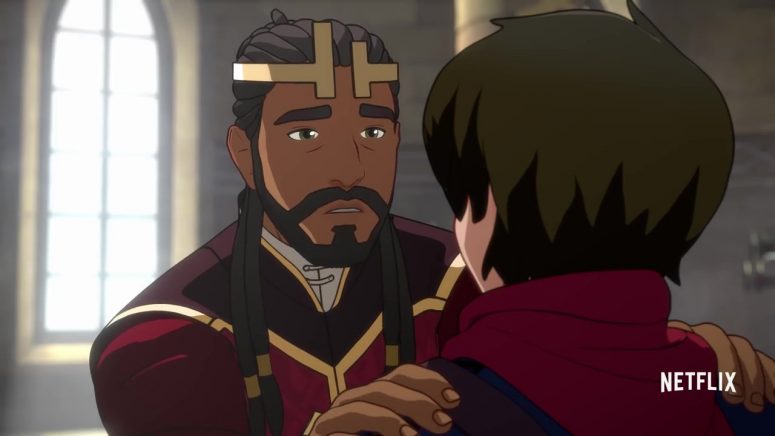 We see Rayla, an elven assassin, assault the castle intent on killing the human King and his son in the never-ending Human-Elf race war. She confronts Prince Callum (De Sena) and the following dialogue ensues:

Instantly I am Private Nobody in 2008, helpless in the face of a complex war that I cannot solve nor even figure out how to contextualize in my head. The conflict all bubbles to the surface inside of me and I am helpless as I watch. 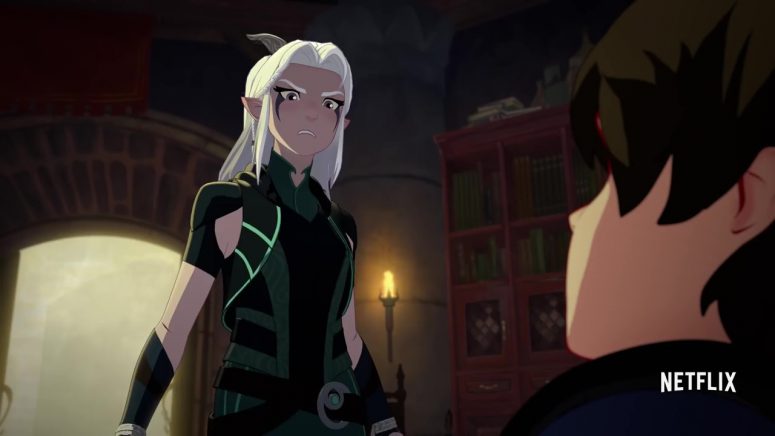 As the story continues, the main characters are faced with an opportunity to end the violence, to stop a war that has been raging for a generation. These young kids can end racial violence, xenophobia, and hatred, and more to the point they believe they can do it.

I was a kid when Aang, Sokka, Zuko, Katara, and Toph helped me deal with a complex world. As an adult, I look around at a divided America that cannot figure out where to kneel or stand, whether truth can be truth, and if any of this involves me too. The world is just as complex. Now we have another story set in a fantastical world, bringing the perspective right in front of our faces and asking the bold question, “Can the cycle of violence and hatred really be stopped?” The main characters seem to believe they can do it. With the power of friendship, quirky animal sidekicks, and a unique magic system, I think they might.

These young kids can end racial violence, xenophobia, and hatred, and more to the point they believe they can do it.

There is a lot about The Dragon Prince that is familiar. Honestly, on a more cynical day, I might say they are borrowing too much on a formula. But I don’t care. These voices, this animation style, this music already powerfully shaped my life and helped me ask tough questions. I am ready to do it again. This show is absolutely worth the nine episodes we have, and I hope we see even more. Prepare yourself for a well-trod ground that doesn’t feel tired and worn out, but rather feels like hearing the song that was playing the first time you drove a car on your own after getting your license, or the smell of your first vacation to the mountains.

I loved season one of The Dragon Prince. I loved what it challenged me to be. I loved that it reminded me of who I was ten years ago. I loved how bold and innovative the look and sound of it is. The Dragon Prince is only just hatching onto the scene and I am excited to watch it grow. I hope to keep growing with it.

Four Characters We Love in Avatar: The Last Airbender 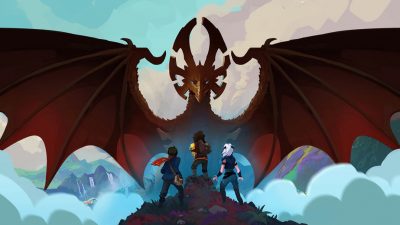 Strength in Vulnerability in Season 2 of The Dragon Prince

Jake Corn
TV
Season two of The Dragon Prince continues to deliver deep truth with interspersed levity. If only we could get a season longer than nine episodes!