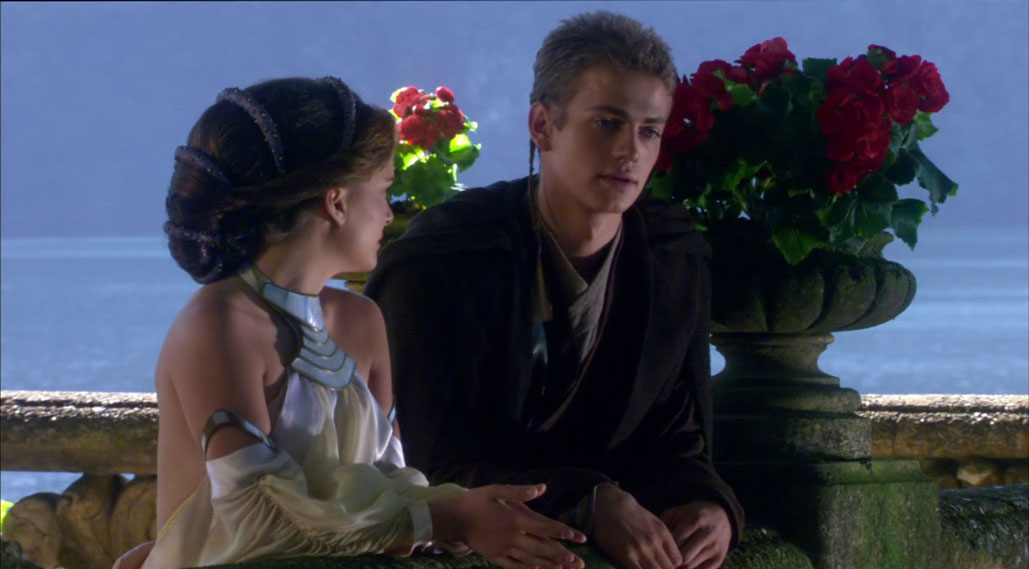 Attack of the Clones and Self Control

Self-control is a difficult ability to master; many people spend copious amounts of money and time to control their impulses. It is listed as one of the Fruits of the Spirit, yet it’s one of the more difficult fruits to cultivate. Failing to cultivate this virtue in key areas can lead to actions of impulse with little to no forethought. Self-control is also a core tenant of the Jedi Order, with members abstaining from pleasures that most of us take for granted, such as having possessions and pursuing romance.

In Star Wars Episode II: Attack of the Clones, Anakin Skywalker struggles with self-control. He is quick to anger and frustration when others do not agree with his views. He finds himself enamored with Senator Padmé Amidala, whom he had met ten years ago as a young boy on Tatooine, and nurtured a long-lasting crush on her. What starts off as a one-sided attraction soon develops into something much bigger that neither of them quite expected. 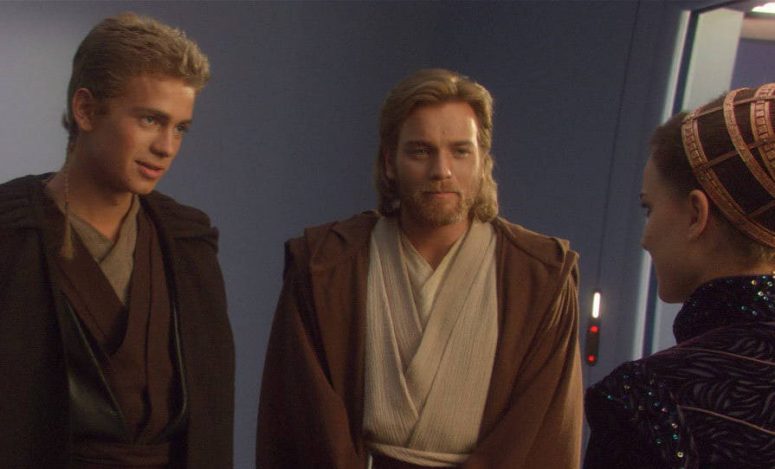 Anakin and Padmé soon find themselves falling in love as they spend more time together, eventually even being left alone several times when Anakin is tasked to protect the senator from would-be assassins. The two are then sent away to Padmé’s lush home planet of Naboo, and spend time enjoying walks by the lake and picnics in the meadows. Their desires finally culminate by the end of film, when Anakin and Padmé secretly wed, with the full knowledge that their union could destroy their work and damage their reputations.

Anakin’s inner turmoil erupts in violence he unleashes upon the world. He slaughters the Sand People in Tatooine in route to rescuing his mother, only to find her perishing due to a similar form of violence.

… while he does have control over his own life, there are healthy and unhealthy ways of exercising that control

He also complains that the other Jedi do not trust or respect him and his abilities; he believes they treat him more like a child that needs to be scolded than as a capable Jedi Knight and leader.

Although Episode II showcases Anakin’s struggle with self-control, it also shows the outcome characters can have if they work at controlling themselves, their thought processes, and their actions. Jedi who possess great self-control are able to remain calm and collected, even in the most difficult of circumstances.

Obi-Wan Kenobi, Anakin’s master, serves as a foil to the young Jedi. Unlike Anakin, Obi-Wan has great diplomacy skills, able to keep himself calm and collected in various situations. When negotiating with the Kaminoans, who are responsible for creating the eponymous clone army, he is taken captive as a prisoner of Count Dooku. Obi-Wan doesn’t show outrage but only a quiet disappointment, acknowledging that Dooku was once admired and looked up to among the Jedi before his betrayal. 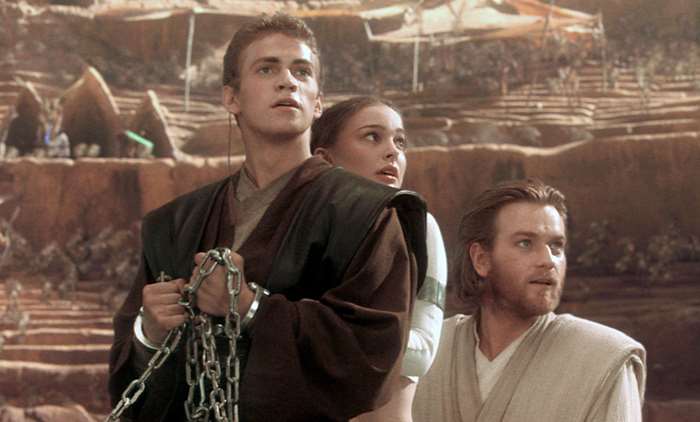 Although the tenant of casting away attachments sounds good on paper, in practice it can do much more harm than good. The Jedi are so focused on their internal connection with the Force and keeping a tight check on their thoughts and feelings, that it ends up costing their very existence as they were not able to detect the true evil that lurked within their walls and city for a great number of years.

Anakin himself comes to find these thoughts too constricting, and he soon goes from complaining about them to outright ignoring them in his pursuit of Padmé. This leads him on a path of fear and temptation as he develops a lust for power and control, ignoring the very lessons the Jedi have tried to teach him for most of his life, as he grows to see them as both weak and useless.

Their son, Luke, provides a foil both to Anakin and the Jedi that brought him up. Luke’s quest is ultimately motivated by the very thing Jedi were trained to shun—attachments. Luke is committed to the wellbeing of his friends, and even his father who has caused so much pain and destruction. As human beings, we are fallible, and are capable of making mistakes with our choices throughout our lives. Luke learns, through the mistakes in his journeys, that while he does have control over his own life, there are healthy and unhealthy ways of exercising that control that members of the Jedi Order failed to acknowledge. In fact, it was this failure to examine their views that ultimately cost the Jedi Order their temple, their status, and their lives. 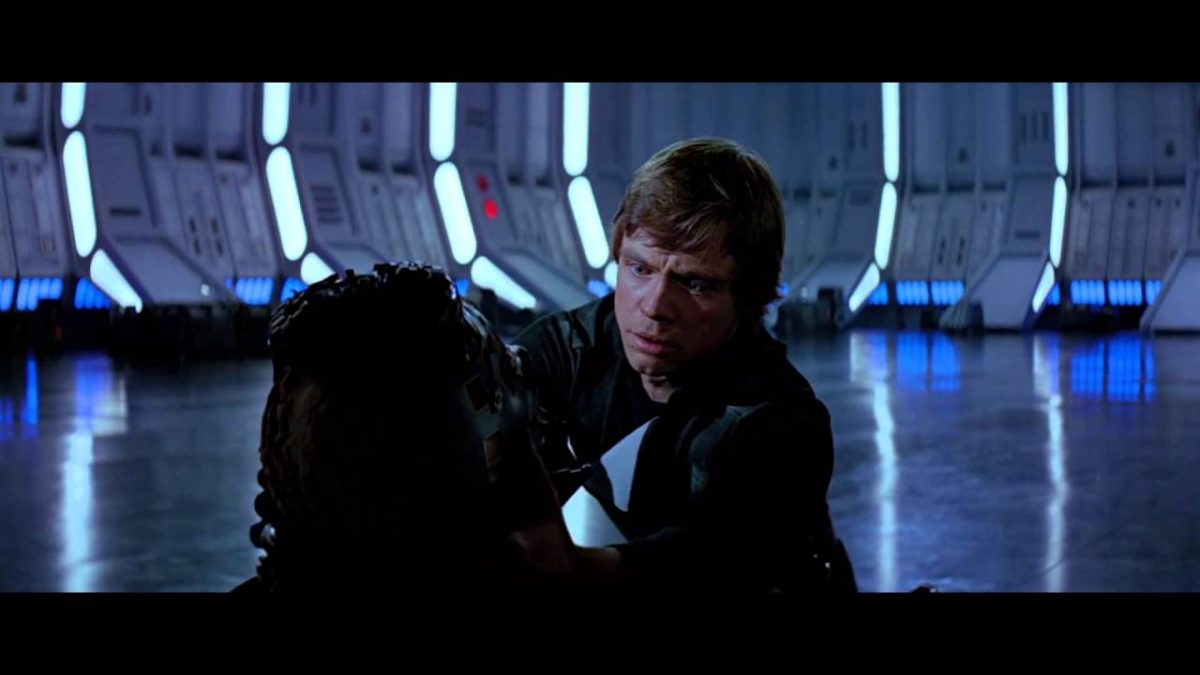 However, Luke is able to grow, not only as a Jedi but as a person. He learns that it’s not by his will alone that he can succeed, but by acting with love in the choices he makes. He joins the Rebellion not for his own sake, but because it is the right thing to do. He attempts and fights to redeem Darth Vader, because he believes there is still good in him—even when no one else does. Luke is able to use his love as a guide to strengthen his own willpower, and avoid the same temptation that his father fell into. In the end, Luke’s love and selflessness prevails. Evil is destroyed and hope prevails, because Luke is guided by love.

We can take away much from these examples from Star Wars about the ongoing struggle with self-control. These qualities need to examined and modeled. God gives us the greatest tool to help aid us in this; we are called to love others just as we love ourselves. Instead of thinking and putting ourselves first, we can put others ahead of us instead, and think about how our actions and choices can impact them. This act of love can help temper our thoughts, and help us avoid temptations that can harm our relationships instead of strengthen them. When we do this, we may find these relationships will become all the richer for it.

We are not always in control but we can, with help, train ourselves to respond in healthier ways when we sense control slipping through our fingers. Attack of the Clones reminds us how easily we can fall into the trap of letting our circumstances define our attitude and our actions. Perhaps this realization is the first step toward self-control and toward living in a manner that promotes the good of our neighbors.