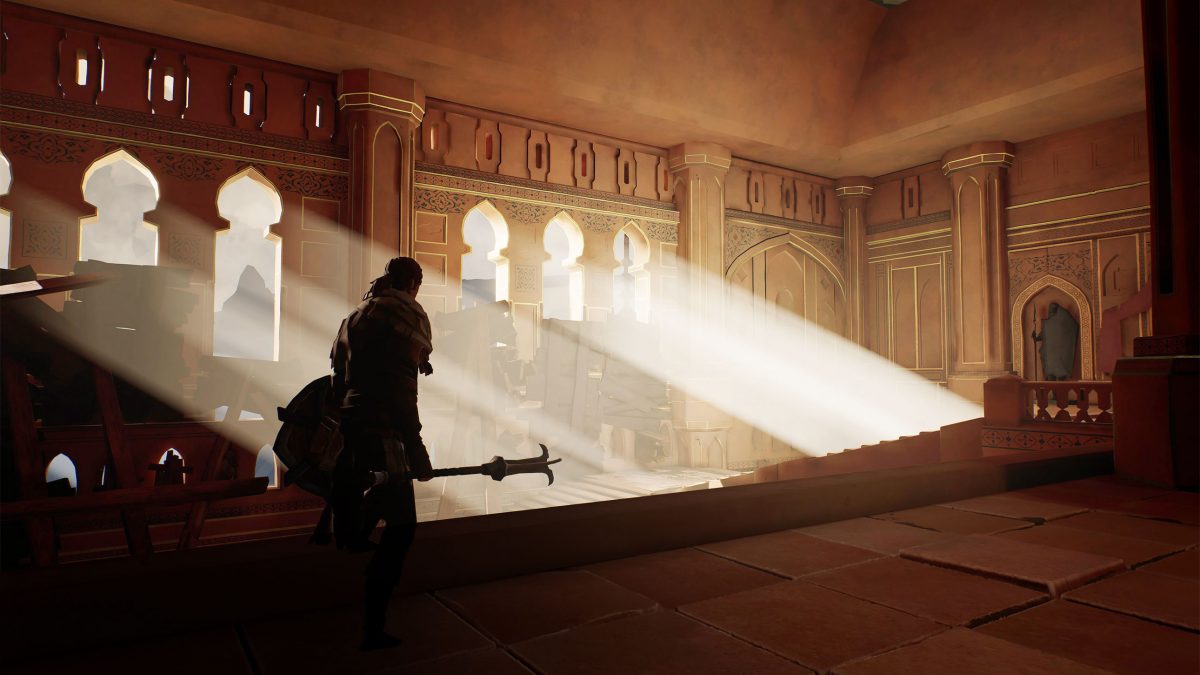 An Unexpected Getaway in Ashen

I shouldn’t have volunteered to write this review for Ashen. We literally just had our second kid, and our house was a kidtastrophe. Playing Ashen on PC meant the only times I could sneak away from our newborn’s great displeasure came in those small lunch hour windows—or after my unsleeping toddler was finally done playing “wreck the house.”

I needed a relaxing de-stress zone from the mania of new parenthood. Since Ashen seemed set to the tune of Dark Souls, a chillaxed ride through a lighthearted fairyland looked off the table.  Alas, Ashen surprised me by satisfying the impossible order to sate a Soulsian hunger while providing soul-respite. 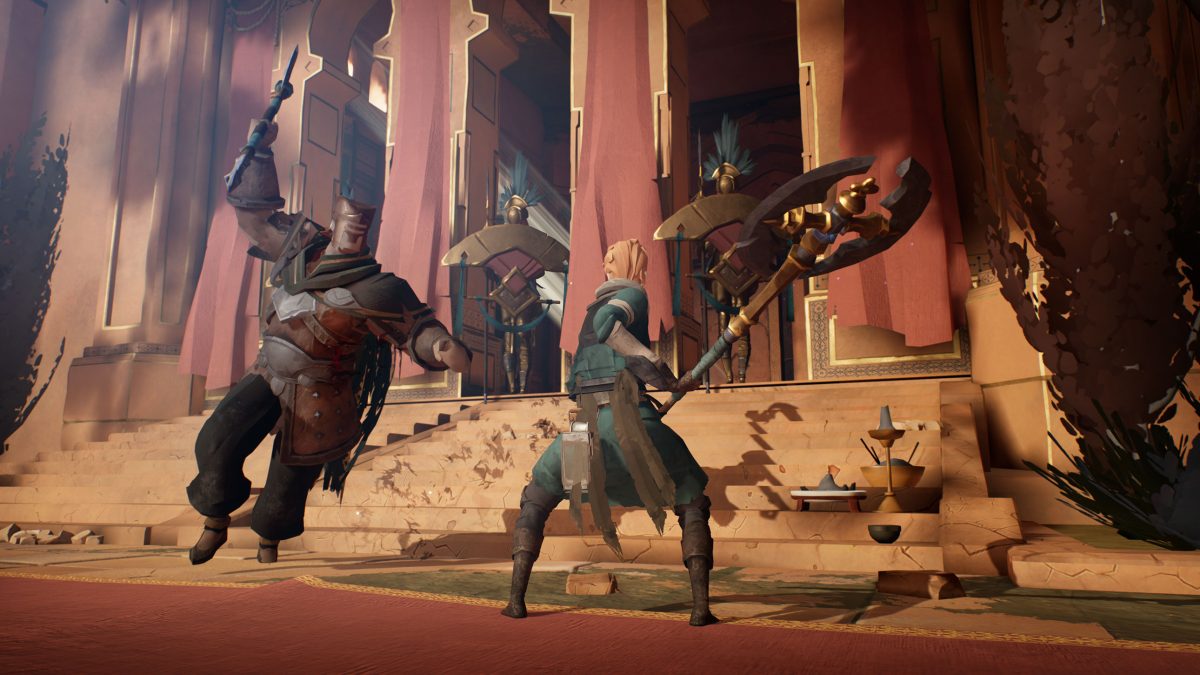 So there I am, dodge-rolling out of the way of another faceless bandit—just as I heavy-charge my decisive mace blow, netting my “Scoria” account with just enough points to reinforce my blunt trauma instrument.

It’s standard prep for where I’m headed: into the first boss lair, where I expect to die several times before learning to read the big bad’s move sets. Instead I’m surprised. My first “throw-away” attempt to beat a boss transforms into a “near-victory,” thanks almost entirely to my companion—who does half of the heavy lifting, without so much as a “summon sign” request for help.

This isn’t the first assistant I’m paired with. But it’s the first time I trust them.

I didn’t realize how much I needed a good video game sabbath: a reflective pool of “barely enough challenge” to get over this first month of new-parenting-apocalypse.

In this moment, I have no idea if this is just an AI or an actual other player. Ashen does nothing to alert me one way or the other. There’s no online user notifications. And players can’t use emotes. So when I queued-up with our Love Thy Nerd Editor Drew Dixon, we took to spinning around in a circle like a dizzy toddler as a way of saying, “I’m human too. I acknowledge your existence. Do you see me?”

The easiest way to tell if the companion is just an AI is if they wait with you as you stand still for more than a second. If they run off, leaving you to deal with enemies alone? That’s another player. Easy tell.

Conveniently, the AI provides semi-reliable BFF services: ensuring a 78% success rate at mowing down lumbering mobs—or picking me up when my health dips past zero. If Dark Souls’ mantra is “You Died,” Ashen’s is “Your buddy is on their way to give you a second chance.” While it’s not to say that Ashen is “too easy,” it works towards the game’s greatest theme which is found at the game’s hubtown, Vagrant’s Rest.

Vagrant’s Rest starts as a bandit camp, but after establishing it as your new neighborhood, construction begins.

As each new character joins your camp, they bring a further sense of “we can make the world a better place.”

Well, okay. Construction really begins when you complete quests. Every completed sidequest transforms your town—a handful of bricks at a time. Walls go up, fireplaces go in, storage chests get constructed, and workstations are installed.

Ceilings went on roofs as I neared the completion of the game—putting literal capstones on completed character sidequest chains. This home-building trajectory went beyond cosmetics. Vagrant’s Rest developed a palatable emotional benefit refuge. I think I felt it when our fast-travel servicer moved into town, creating a real post-college sense of “I can go into the world, but my folks always have a place for me to rest my head.” As each new character joins your camp, they bring a further sense of “we can make the world a better place.” It almost seems like Ashen reaches too high of a note.

Ashen delights in high places. Exploration caters to a verticality. I looked for every climbable surface—to seek out another tactical long jump spot—to that glowing corpse pickup on the top of those ruined ramparts. Even when I plummeted to my demise, I’d be surprised at how far I could fall and still be alive. It made me take risks I would rethink in other Souls-like games. 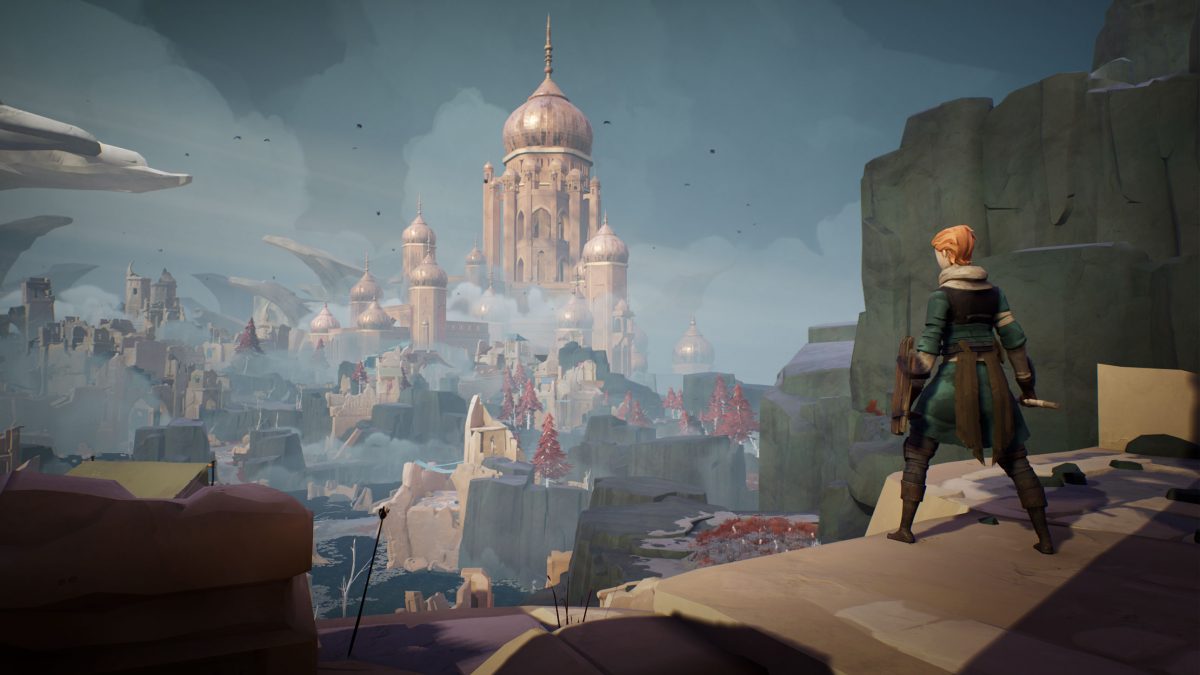 That’s not to say that Ashen doesn’t have insane difficulty spikes. Just after I saw a massive town-sized sky whale take up roost, I found a rabbit hole that descended into a light-swallowing Wonderland of hurt. This seemingly endless maze of darkness required a bit of head bashing. While the grand sum of the game feels like a delightful romp through Undead Burg, there’s an occasional Blighttown or two. I bottlenecked in two trouble zones. Plus the final boss fight requires near-perfected AI dependence (or the perfect online partner). Despite these deviations from the game’s restful spirit, it sticks to the heart of R&R.

I didn’t realize how much I needed a good video game sabbath: a reflective pool of “barely enough challenge” to get over this first month of new-parenting-apocalypse. It’s weird to say it, but Ashen‘s town-building and medium difficulty are just what the doctor summoned. 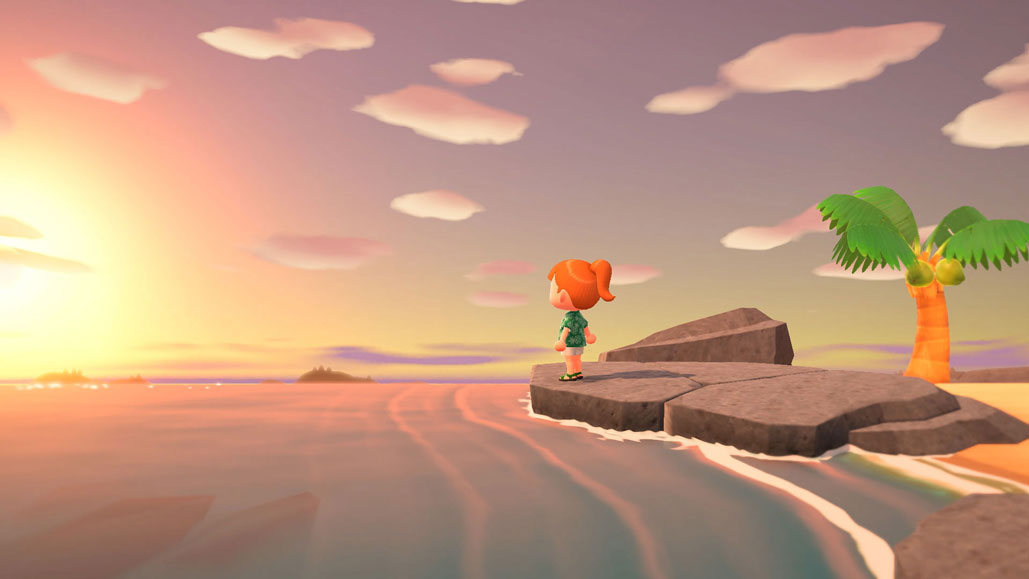 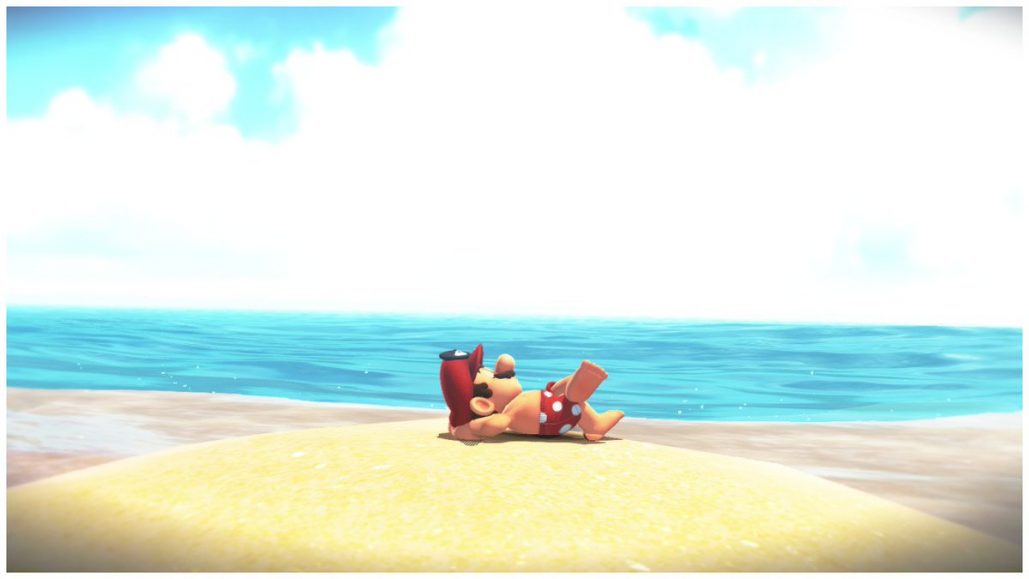 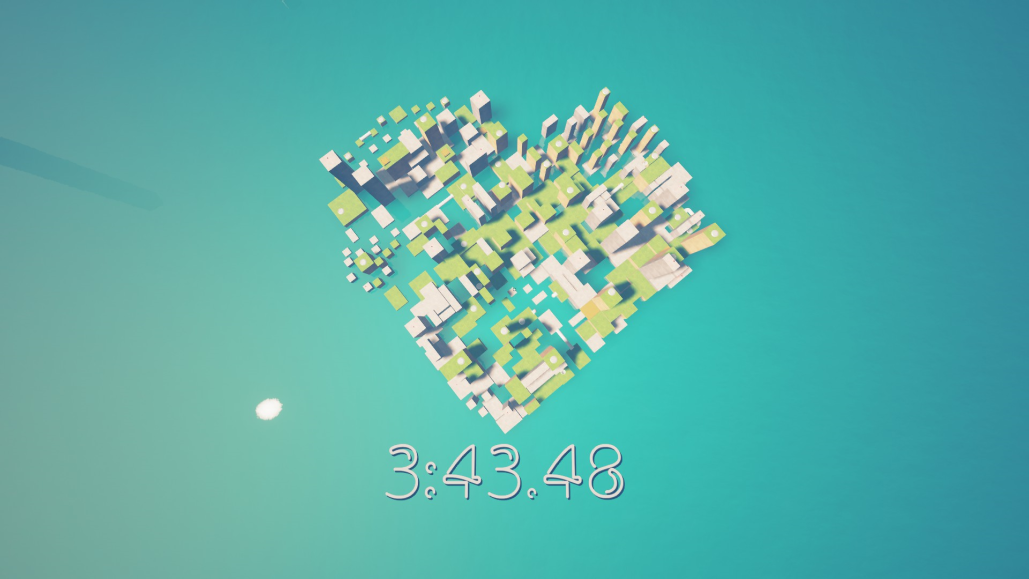 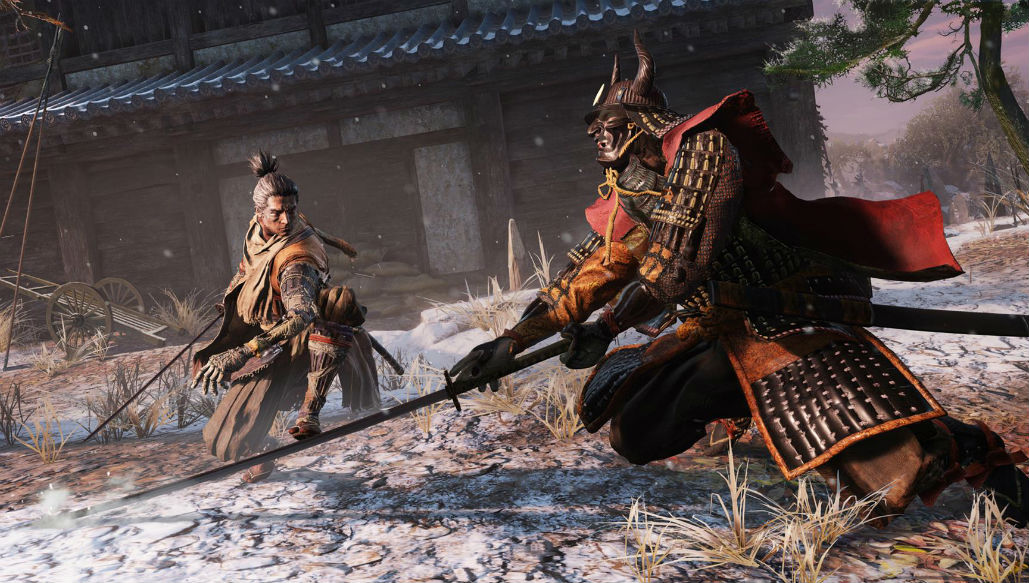 Sekiro and the Fight of My Life 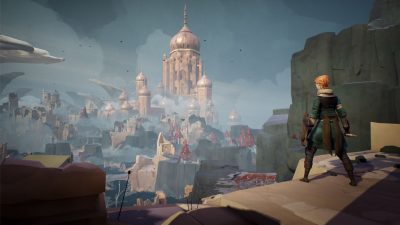 Humans of Gaming 141 | Michael Vermeulen and Derek Bradley of Ashen 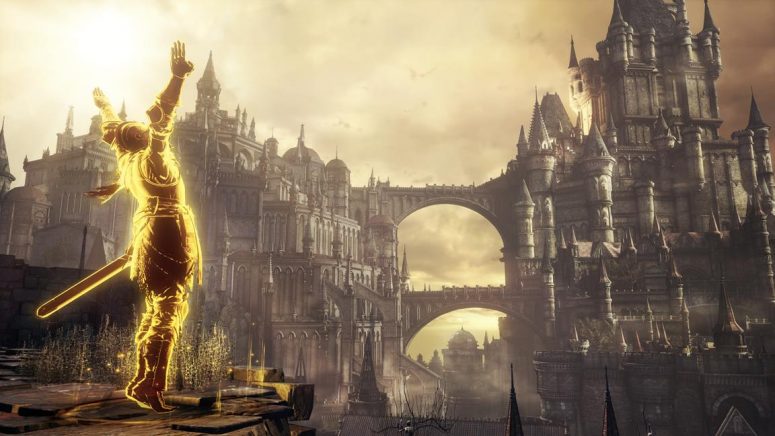 The Light in Dark Souls 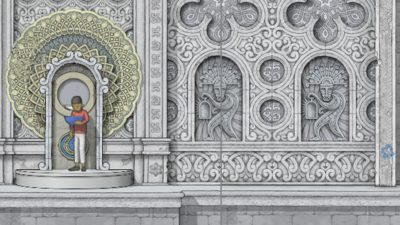 Everything in its Right Place: Gorogoa

Stephanie Skiles
Video Games
Gorogoa is more than a beautiful hand-drawn and innovative puzzle game, it mechanically illustrates of our own personal disassembly of those moments in our lives that require shifting and rearranging.