My last year of undergrad studies came in 2018, seven years and one term after beginning them. The grind felt like it took far too long. Fortunately, I learned of a new English degree with classes I would enjoy more, and so I made my second switch in majoring with a Minor in Fiction Writing that accompanied it. My grades were the highest they ever were, but during that time, I was balancing different relationships with my split parents, distant siblings, and friends I grew up with. That made rekindling connections take time, as well as finding my footing in writing consistently. Hyper focusing has pushed other opportunities to the edges of my striving, but I have to remember to be patient, slow down, and see God at work. That fear of losing time becomes waiting for His timing. We can choose which paths to walk on that God has placed before us. While this journey is long and hard and full of questions, we grow from it to see our gifts flourish and serve others. I had to face these challenges in priorities and balancing to get somewhere, similar to Lara Croft in the newer Tomb Raider games, particularly Shadow of the Tomb Raider, which was released in the same year I faced them.

To become her own person, she had to truly say goodbye to the two people she loved most. She realized that she no longer needed to fix everything to be whole.

Lara remains focused on eliminating her enemy, Trinity, roughly a year after the second game. She searches for an enemy cell in Peru with her best friend Jonah Maiava. Among the group is Trinity’s leader, archaeologist Dr. Pedro Dominguez. Lara finds him leading dig sites for two special artifacts, and when combined, they would give the wielder power to recreate the world in his or her image. In a moment of selfishness, she gets to the Key of Chak Chel and sets off catastrophic events akin to the Mayan Apocalypse, which takes lives and causes floods, earthquakes, and eruptions.

Jonah urged her to leave the Key be, but she thought not. Trinity would use it for their purposes. But would they? Does she let them have it and then fight them down the road, or take matters into her own hands? It was a knife’s edge quite literally, and she chose the latter. Soon after at a campfire one night, Jonah brings up that he’s thought of his brother and regrets not saving him from family and himself. Lara then opens up about her parents and how she misses them a lot. Her plentiful memories of them remind her of how much they guided her life in continuing their research. Dr. Dominguez believes he can remake the world to protect his ancient home with the Key and the second artifact: the Silver Box of Ix Chel, and she wonders what she would do with it. Would she bring back her parents? Jonah says he wouldn’t go back to be with his brother because that would mean losing everyone he has come to love since then. Lara lingers on her answer. Their presence would patch a hole in her. Have the father she always wanted back. The mother who painted the world for her. 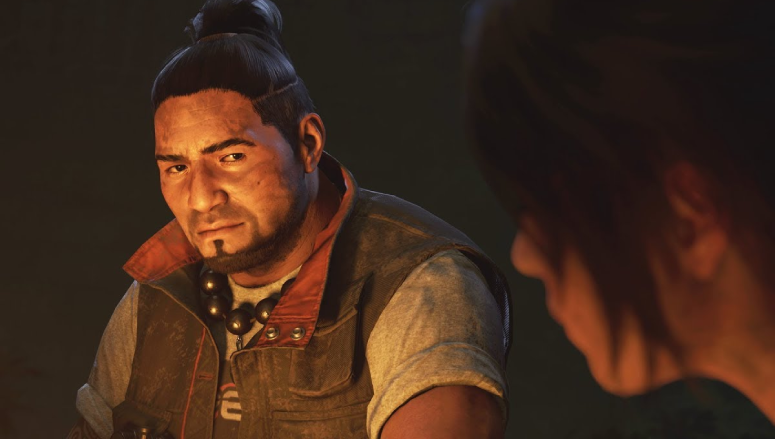 One of the hardest parts of life is finding our path. Many of us set our sights, and with a few curveballs, we end up where we want, be it with a career, house, family, or something checked off our bucket list. Lara knew from an early age what she wanted to do; she became highly skilled. As we know, she also became absorbed with obsession and wrestled with the knowledge of good and evil. I find this relates to our lives, without the blood and guts. Through prayer and reading the Bible, we have a better understanding of where our paths lie with God. “‘For I know the plans that I have for you,’ declares the Lord, ‘plans for welfare and not for calamity to give you a future and a hope. Then you will call upon Me and come and pray to Me, and I will listen to you,'” reads Jeremiah 29:11-12. All too often we want to get angry and shed tears and say no more, wishing things were different. That is natural when we struggle and hurt, but it’s necessary to express it. King Solomon writes about times for everything in Ecclesiastes 3. Recognizing the importance of life in front of us has us see where God wants us. No matter how unclear it can be. Desires and goals and wishes seem so far off that we wonder when, or if, they will arrive. God wants us to prosper, but the most difficult choice is letting our sky-high ideals go in favor of what He has planned for us.

During the climactic level, Lara Croft faces off against Pedro Dominguez around a Mayan sacrificial altar with both artifacts in his hand. She has a dream on the altar of her parents enjoying the sun in their mansion’s yard. Her mother Amelia paints outside before discussing travel plans with her husband Richard on a picnic blanket. Lara joins them. She wants that for them, and she could bring them back so they could live together the lives stolen from them. All it took was unleashing the power she took from Dominguez. Yet, she resisted because she knew it would hurt everyone else, just like he would have done in remaking the world with his vision. To become her own person, she had to truly say goodbye to the two people she loved most. She realized that she no longer needed to fix everything to be whole.

[Lara] found her comforts in the people who care about her. Where do we find ours? In the hands of the Lord. He provides friends and family who aid in hardships, support our life goals and teach us; life wouldn’t be enjoyable without them.

In this trilogy of Tomb Raider titles, we see themes in each game: the good and evil each of us knows in our hearts, not letting passion take the place of God, and–in the final game–centering our life on what is in front of us while learning from, remembering, and cherishing the past.

Lara reminds me of what King David wrote in Psalms 23, “Even though I walk through the valley of the shadow of death, I fear no evil, for You are with me. Your rod and your staff, they comfort me.” Lara went through an intense ride in the valley. She found her comforts in the people who care about her. Where do we find ours? In the hands of the Lord. He provides friends and family who aid in hardships, support our life goals and teach us; life wouldn’t be enjoyable without them. 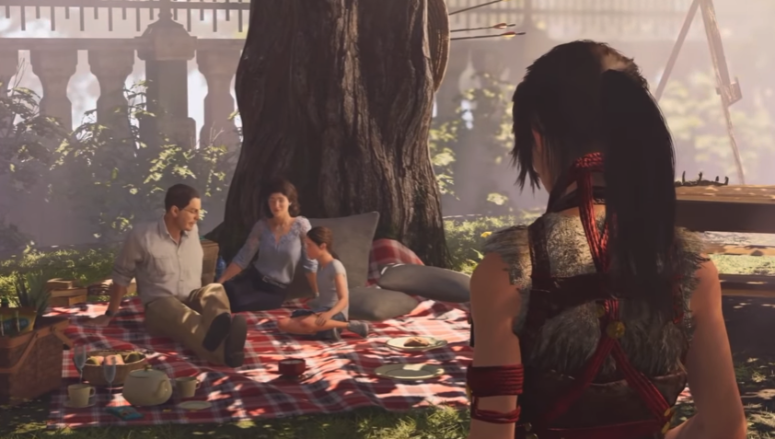 Since I finished college, I have wished that I didn’t take as long to arrive at the end. I wish I had not switched majors twice, but I am glad I did. My impatience made things hard, and I am working on being more patient. Broken family relationships were mended. New family entered the picture. I caught up with friends and made new ones. But I realize these things don’t have to be happening all the time. God was and is there with each step, revealing the purposes of His plan in the good and bad, and even when I stumble.