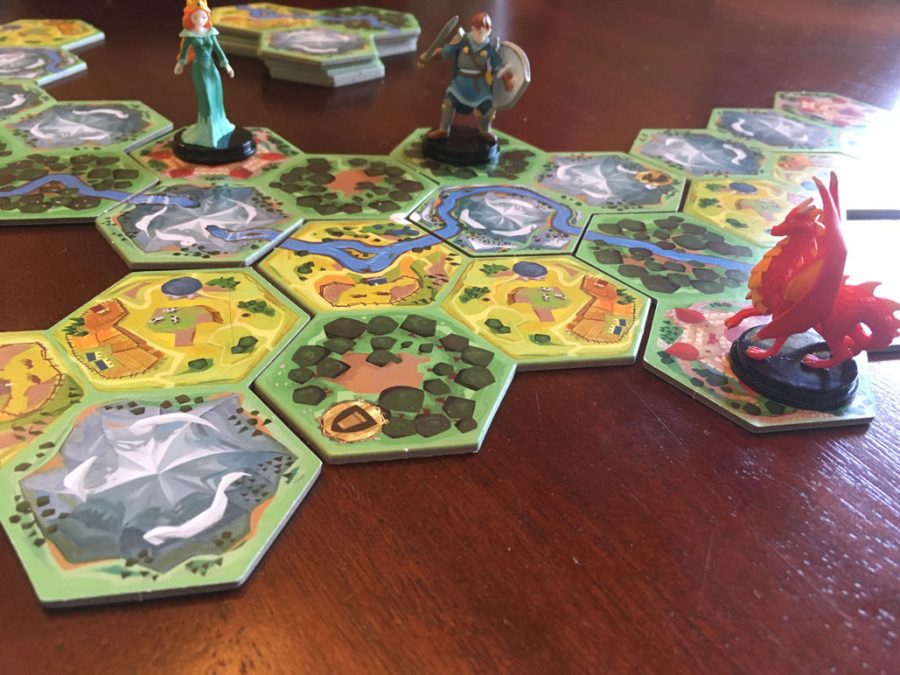 A New Breed of Family Games: A Review of Fairy Tile

In my short time as a father, I have found one of the simplest yet most effective ways to express love for my children is to put my cell phone in another room and give them my undivided attention. In this regard, board games are great because they require us to sit around the same table, abide by the same rules, and give each other our interest and attention. If I am honest, however, the time I spend playing board games with my kids is generally more fun for them than it is for me. Many kids games are built almost entirely around luck and don’t allow for much strategy or skill. This has recently changed, however. It seems a new era of thoughtful, strategic, skill-based kids games has arisen, exemplified most notably by games like Rhino Hero Super Battle and My Little Scythe.

So lately, I’ve been having as much fun as my kids with the games we’ve been playing and, perhaps, the most notable example of this is a new game published by Iello and designed by Matthew Dunstan and Brett J. Gilbert, called Fairy Tile. 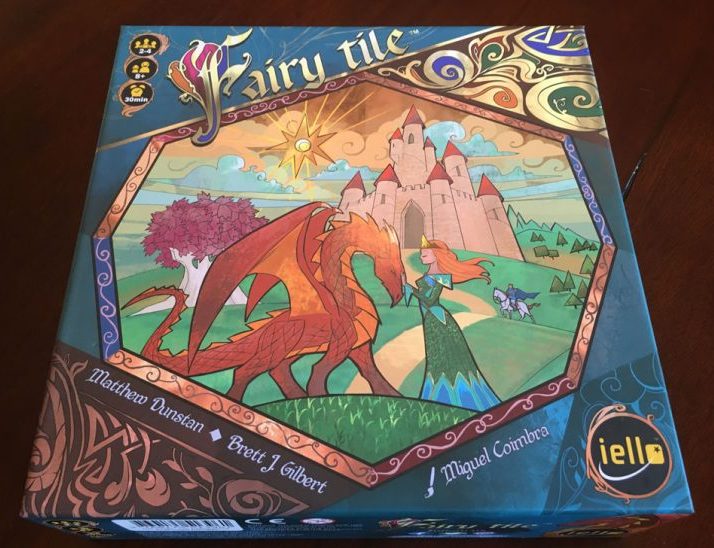 The goal of Fairy Tile is to be the first player to finish your story represented by a deck of cards. Players complete their story by placing cards in front of them, one at a time, from their deck. Players place cards in their story by completing the objectives on each card. These objectives involve moving characters to certain areas of the board of tiles all players are creating as they play.

It’s challenging them to think on their toes and accept the consequences when I move the dragon to the opposite side of the board and foil their plans.

Fairy Tile puts 2-4 players in control of a knight, a dragon, and a princess, each of which possess different movement abilities. The knight can move two spaces, the princes can move one space but can also jump from castle to castle, and the dragon travels in straight lines to the edge of the board. The three characters are not assigned to individual players but can be controlled by any player on their turn.

On their turn, players may either move one character, place a land tile, or “turn a page.” Turning a page allows players to take their current story card and place it on the bottom of their deck and flip their magic token. The magic token essentially allows players to take an additional action on their next turn. In other words, this mechanic allows players to get rid of story cards that are difficult to complete and gives them a slight edge in completing a new story card on their next turn. Once per turn, players may “develop their story” which means that they can place a story card in front of them if they have completed its objective. Objectives include having characters visit certain parts of the board, meet in certain places, or see one or more characters (line of sight is a straight line in any direction). Additionally, each story card not only as an objective but tells a piece of an actual fairy tale. 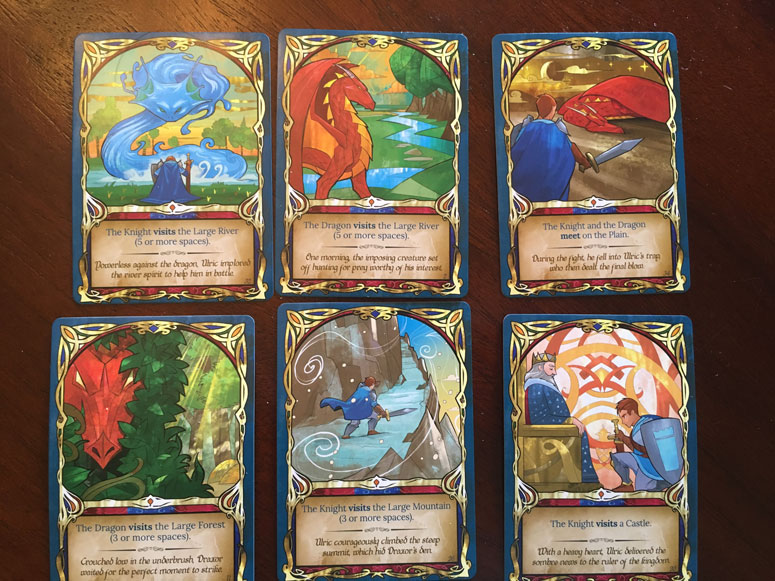 It sounds simple enough, but successfully completing objectives requires anticipating where other players are going to leave the characters on their turns, knowing when to cut your losses and turn the page, and where to place tiles. It’s like a playing chess with only three pieces but the board and your objective change every few turns to mix things up. This is great because I think chess would be difficult for my kids, but Fairy Tile isn’t while still training them to think strategically.

My kids love Miguel Coimbra’s artwork, particularly the full color painted miniatures, in Fairy Tile which almost looks like stained glass that’s been given a bit more character and texture to appeal to children. 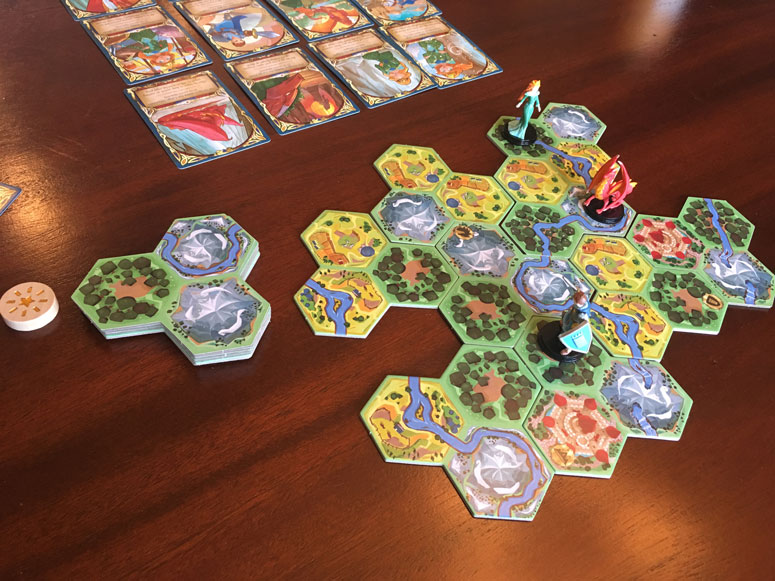 Every story card in Fairy Tile is numbered such that at the end of the game, players can put them in chronological order and recite the entire story. My daughters have tremendous patience for hearing the same story over and over, so they love this feature. If I am honest, however, it’s my least favorite aspect of the game. The story is predictable fairy tale fare. I suppose this is what I should have expected. But as a father who is constantly telling his daughters that they are not damsels in distress and encouraging them toward a more nuanced understanding of their identity, I was disappointed by the story.

My daughters ask for Fairy Tile more than any other game in our ever-growing library and despite my slight hang ups with the story, I am always glad when they ask for it. It’s challenging them to think on their toes and accept the consequences when I move the dragon to the opposite side of the board and foil their plans. They’re learning when to cut their losses and how to solve problems. And most importantly, they are learning these things while hanging out with me.

Fairy Tile is simple enough for relatively young kids (8+, though my 7 year old loves it!) and deep enough for their parents to provide for some really enjoyable family gaming experiences. Despite my slight hang ups with the story, I’m always happy when my kids ask to play (which is a lot).